La-Mulana, the so-called "archaeology action and exploration" game, began life as a freeware PC title released in Japan in 2005. The original game was a love letter to the MSX era of gaming (a Japanese computer standard that released around the time of the NES) in which games were seriously difficult. Now a remade version of the game is on sale through WiiWare and a number of PC download retailers (GOG, Gamer’s Gate, Playism, and Desura at this time) with revamped graphics and sound.

I didn’t know much about La-Mulana before going into it, and was confused right out of the gate. Despite the seemingly simple visuals, I didn’t know what to do or where to go. You control fedora-clad archaeology professor Lemeza Kosugi (an unashamed rip-off of Indiana Jones) who is summoned to the ancient ruins by his father and professional rival, Shawn. I must not be the only confused one out there, as Nigoro has posted a handy “beginner’s guide” video and online manual that set up the basic controls of the game, tell you how to save, and offer a basic warning about how much you will die. This should have been incorporated into the game itself, but it sets the precedent for a complete lack of handholding.

The first thing I noticed while running around was the odd approach to platforming. Lemeza can’t jump up through platforms above him, so you constantly bonk his head until you get used to it. Jumps themselves lock you into a predestined horizontal arc or a straight vertical hop. You gain mid-air control only when you start to fall after a vertical jump. All of these rules and more make me wonder why they didn’t just use standard jump controls that everyone’s used to since the days of Super Mario Bros. Practice and a double-jump upgrade help, but I could have avoided plenty of sticky situations with better controls.

It’s difficult to convey the sheer size and scope of the ruins in La-Mulana. It feels like every 2D Metroid ever released combined into one mega-game, with nearly 20 different areas to explore. Most of them look unique, drawing from myriad ancient cultures and incorporating futuristic elements. The enormous assortment of bosses offers the same variety, with around 30 different large- and small-scale foes. No two of the creatively designed creatures look or act the same, and they’re never repeated. You spend plenty of time dying by their hands, tentacles, or claws, but the elation upon victory feels wonderful.

The true challenge of La-Mulana is the vast array of puzzles scattered throughout the ruins. Some can be solved on the spot, while others can’t be touched for another eight hours. Some require experimentation, while others need you to piece together and interpret cryptic writings spread over many different areas. You should keep a notepad nearby at all times to write down text from tablets, record conversations, and sketch out theories. You can eventually record text in-game, but I still found it necessary to take separate notes.

The riddles are not as simple as coming back once you have super missiles or a grapple beam. For some puzzles, I had to think in very abstract terms. Every detail is important, including the name of the room you’re in, the seemingly innocuous background art, and, of course, breakable walls and hidden passages. Sometimes I just wandered around the areas I’d unlocked looking for a new hint or upgrade. I had no qualms about checking online guides when I got stuck just so I could keep my momentum going. If you’re smart enough to forgo getting help, the game takes 30 to 40 hours to complete. Part of me thinks the puzzle challenge is ridiculous, but I respect Nigoro’s no-compromises approach.

To beat La-Mulana, you need plenty of gear. The inventory screen starts out as a series of large, vacant black squares and eventually fills to the brim with all manner of tools and relics. You find weapons like a speedy knife, a wide-arcing ax, or a pack of throwing stars. You gain the abilities to move faster, wall jump, and survive longer in boiling lava. Sometimes you go through a ton of work to get a relic that’s only used once to let you into a new area. Upgrades can be standard (the aforementioned double jump) or unexpected (only one hit to break vases!), but they almost always help nudge the odds ever so slightly in your favor.

This doesn’t even figure in the helpful computer programs Lemeza collects and installs on his trusty Mobile Super X. You can only install so many at once, so you have to be smart about swapping in the correct program for the job. Sometimes it’s obvious what a program does (like displaying a map), while others do absolutely nothing until combined with another. You’ll equip two and see them flash to life in the menu screen, but the game doesn’t tell you outright that your whip is stronger or that you’ll stay invincible longer after being hit. It’s just another thing you have to figure out and scribble down in a notebook.

The story unfolds in small bites through ancient writings scattered around the ruins and through conversing with a cast of strange characters that hang out in rooms by themselves like the original Legend of Zelda. Many puzzle hints also parlay a small dose of history about the ruins or the powerful spiritual mysteries contained within. Ominous warnings blend with notes of humor to strike a satisfying tone.

I look back on my time with La-Mulana with plenty of frustration at the challenging platforming, enemies, bosses, and puzzles. But I’m also amazed at the time, thought, and talent that went into creating this experience. There may never be another game like La-Mulana. If you have the determination to see it through, you’ll be glad you played this unique adventure. 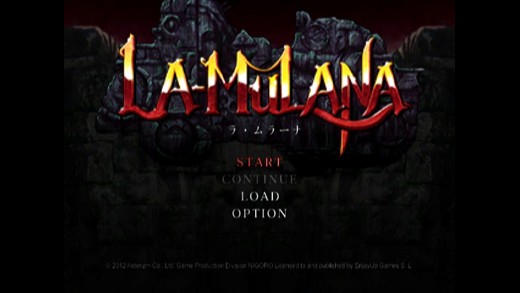 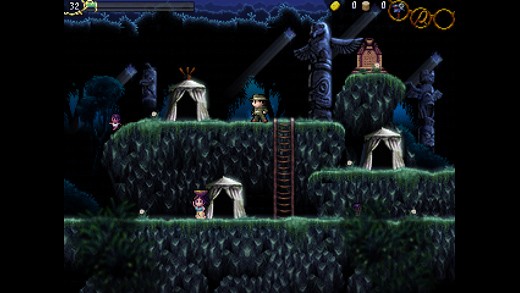 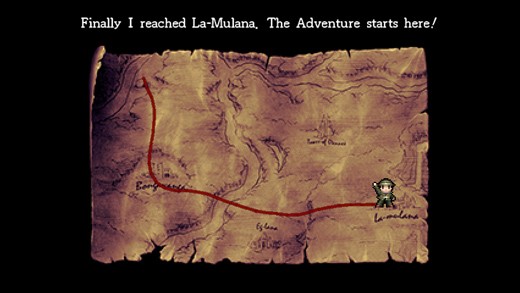 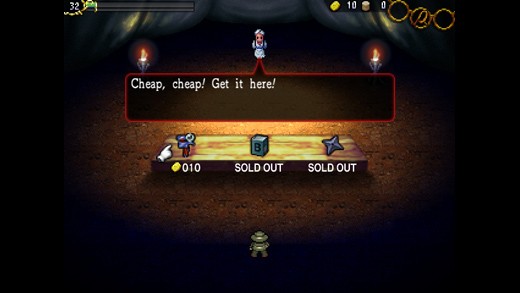 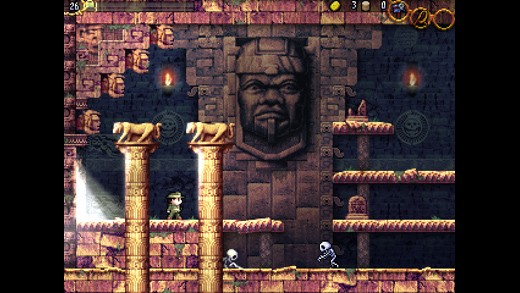 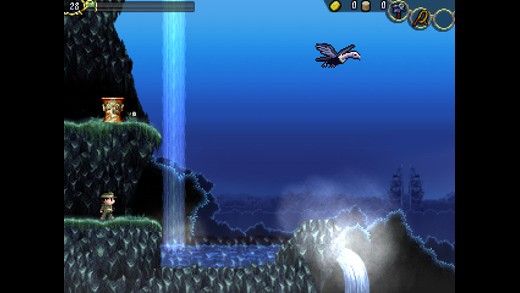 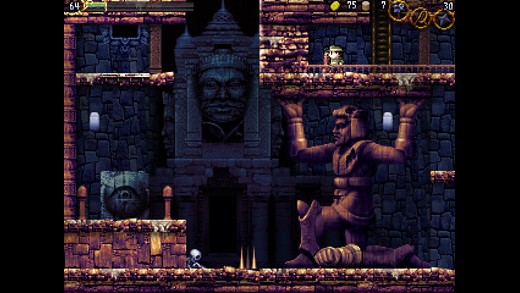 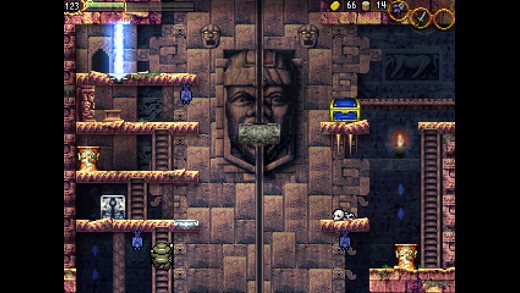 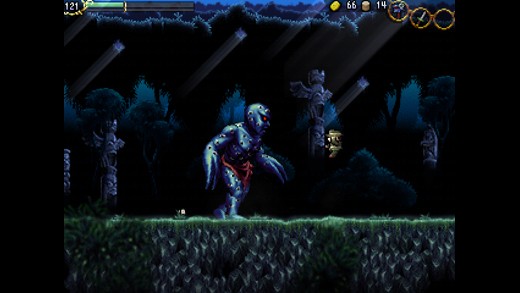 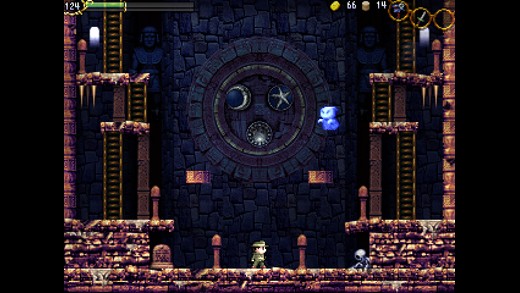 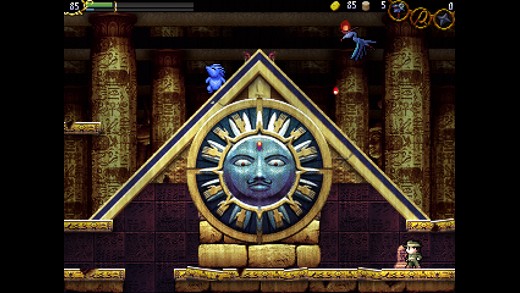 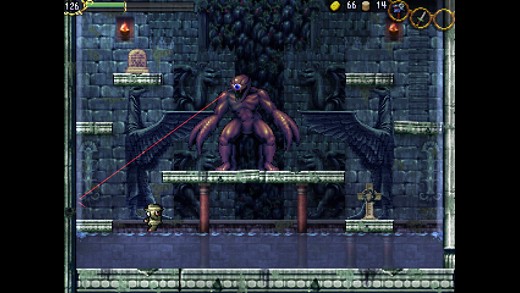 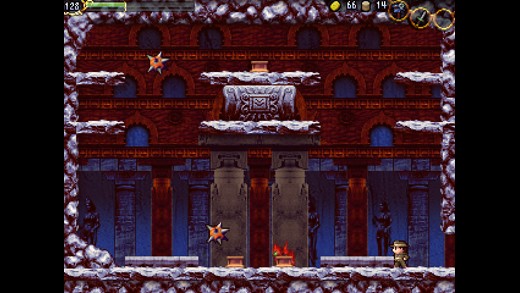 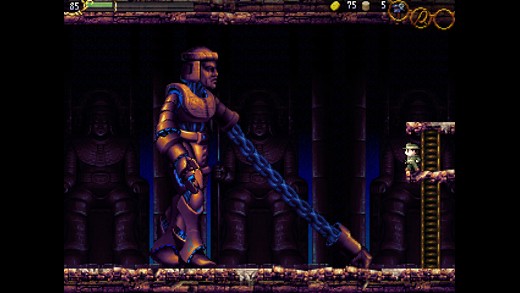 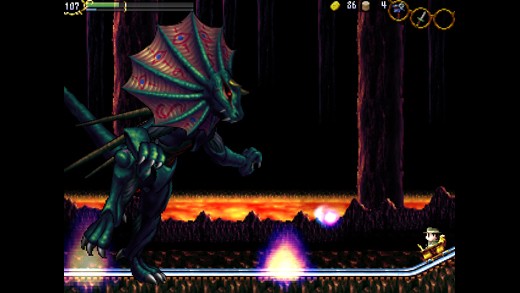 There may never be another game like La-Mulana. If you have the determination, you’ll be glad you played.

8.5
i
Game Informer's Review System
Concept Take the Metroidvania experience to the absolute extreme of depth and complexity
Graphics While the game looks like it came from the Super Nintendo era, the sheer creativity and variety of the environments and enemies is staggering
Sound An enormous soundtrack is full of catchy classic tunes
Playability Acclimating to the controls takes awhile, but practice and power-ups smooth things out over time
Entertainment When the temple isn’t crushing or impaling you, it’s stumping you with mind-bending puzzles. But those who can stick with it are greatly rewarded
Replay High