Kung Fu Panda’s original video game tie-in to the popular DreamWorks film of the same name was met with generally positive critical reception for a polished platforming experience that would stand well enough on its own without the movie’s backing. To celebrate the release of the film’s sequel, THQ is delivering a wide array of gameplay experiences based on each console's unique offerings for Kung Fu Panda 2. For the Xbox 360 version, the team at Griptonite Games puts players under the instruction of the film’s protagonist, Po, to master a variety of kung fu techniques with the help of Kinect’s full body tracking capabilities. Unfortunately as I kicked, punched, and dodged my way through hordes of enemies during Kung Fu Panda 2’s combat sequences, I found myself battling the controls and overall tedium above all else.

In Kung Fu Panda 2 on Xbox 360, Po and the Furious Five are tasked to save kung fu from a slew of vile creatures and it’s up to players to learn the art of kung fu to successfully engage in controller-free skirmishes against these goons. As you punch, block, dodge, kick, and punch in front of Kinect, your actions translate onscreen as you watch Po lay the smackdown on enemies. While it works well in training sequences, execution falls to the wayside on the battlefield. There is a noticeable delay between action and execution, which is especially harmful in later combat sequences where timed dodges are key for survival. Kung Fu Panda 2 also makes use of voice commands to call upon members of the Furious Five for special attacks when prompted, and in these scenarios voice detection is equally unreliable. Mix these detection issues with lack of checkpoints in longer combat sequences later on in the game and you’ve got yourself a recipe for frustration. Unfair deaths due to inconsistent tracking await. You’ll be forced to pummel a large group of crocodiles multiple times over despite your exhaustion.

To break up the monotony of combat sequences, Kung Fu Panda 2 includes a series of minigames that range from rickshaw races to tossing bowls of food toward hungry villagers. Rickshaw racing is similar to one of the minigames you’ll find in Kinect Adventures. You’ll race against an AI opponent on, you guessed it, a rickshaw while ducking, jumping, and swaying side to side to dodge obstacles. The body detection worked fairly well during this welcome diversion, though I can’t say the same about some of the other minigames. For instance in a noodle serving minigame, villagers request noodle bowls in different colors and it’s up to you to pick up the appropriately colored bowl, mix the ingredients with exaggerated arm movements, and toss the bowl to the patron who ordered it. The sensor was unable to accurately detect arm movements so most of the time I’d pick up a bowl of the wrong color, and to make matters worse, there was no way to properly aim, so plenty of bowls never made it to the poor hungry villagers.

Kung Fu Panda 2 may win over fans on the cinematic front, but I can’t say the same about its Kinect counterpart. Kung Fu Panda 2’s charming cast of characters do a great job of moving the Kinect title’s story mode along, however lag in full body combat sequences and noticeable lack of polish in minigames do little in making the user feel like the ultimate kung fu master. 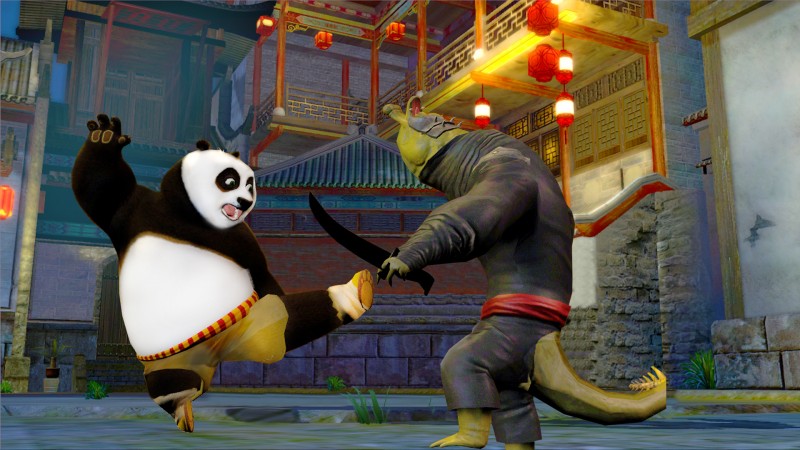 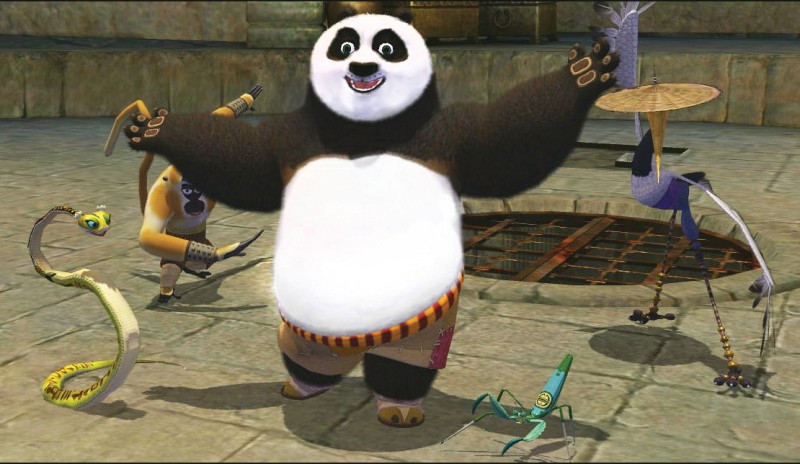 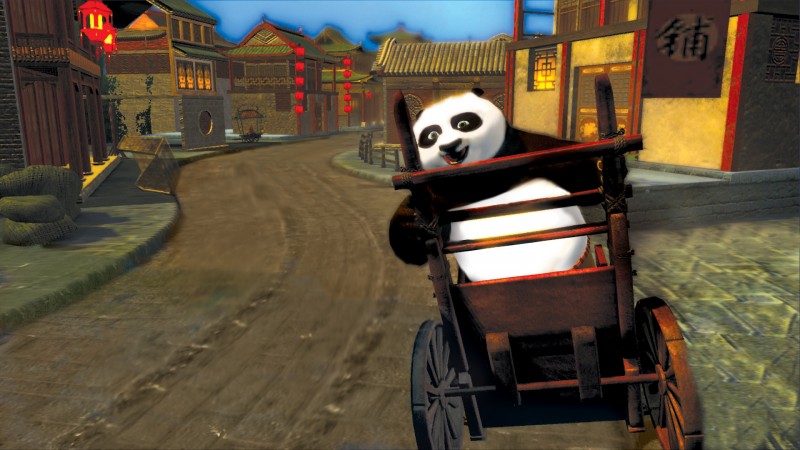 5
About Game Informer's review system
Concept
Using the Kinect sensor, Po teaches you the ropes on how to become the ultimate kung fu master
Graphics
Far from what you would see in the DreamWorks film. Animations look stiff and unnatural
Sound
Not the theatrical cast, but dialogue (particularly Po's) is delivered well enough
Playability
Lag and other detection problems stand in the way of making you feel like a kung fu pro
Entertainment
Though Po's performance in cutscenes is as charming as ever, gameplay just doesn't hold up
Replay
Low 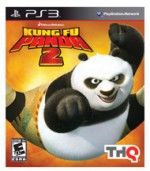