Kirby’s homeworld is constantly getting invaded and attacked by outside forces, interrupting his naps and important sky-staring. Planet Robobot is no exception. This time, the invaders are robot aliens seeking to destroy all organic life, and Kirby has to defeat them by borrowing some of their technology, but also relying on the old standby of stealing powers by ingesting enemies. This Kirby is not a radical new direction for the hero, but it’s a well-designed platformer with some new mechanics – and a particularly compelling final few hours.

For the most part, Planet Robobot plays it safe by not feeling particularly distinct from Kirby’s previous platforming adventures. You still make your way through short platforming levels and swallow up enemies to steal their abilities. It was a fun formula when it premiered on Game Boy in 1992, and the core has not changed much, with only small experiments layered on top. In 2014’s Triple Deluxe it was stereoscopic 3D flourishes. For Robobot, it’s a mech suit.

Kirby moves just as well inside his suit as he does on foot, which keeps the platforming pace thankfully consistent, regardless of your state. Kirby can still borrow powers while using his mech, and I had fun playing with their destructive capabilities to open up secret areas and lay waste to enemies. Taking the suit into boss fights is rare but rewarding, since those battles play out more like focused dismantling rather than just depleting hit points.

Kirby is not the only 2D platformer to jump the player between the background and foreground as well as scroll left and right, but among those that do, Kirby does it the best. I often turned on the stereoscopic 3D to get a better perspective on the action between the planes. Jumping between the front and back to grab collectables, or remote controlling a character in the background and Kirby in the foreground simultaneously is fun, and is a good use of the 3DS’ mostly underused stereoscopic capabilities.

Two extra modes are included alongside the main campaign. Kirby 3D Rumble gives you full 360 degree control of Kirby in a series of small 3D arenas taking on waves of enemies. The added campaign is brief, but entertaining enough to make me wonder if a whole Kirby game could support this kind of gameplay. Team Kirby Clash is a cooperative mode that can be played locally, and is a big improvement over Triple Deluxe’s multiplayer battle mode. You and friends can choose between a collection of classes (i.e. stolen powers) to take on bosses together, and you level up and get stronger as you make your way through. These modes aren’t destinations, but they’re fun distractions that add value to the overall package.

Planet Robobot is entertaining, flows well, and never overstays its new mechanics… but occasionally feels like a retread with a mechanical theme. It does find something to differentiate itself, however, with its ending which takes a surprising leap from the established Kirby norms for a wholly surprising and engaging climax. The game extends past its final boss with completely different gameplay that works as a great finale. Planet Robobot has not moved Kirby forward in any significant way, but it’s a well-made platformer that’s worth completing. 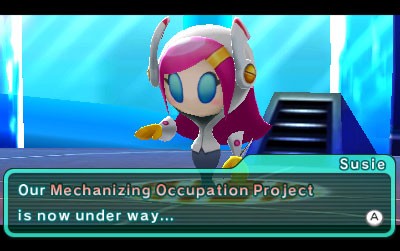 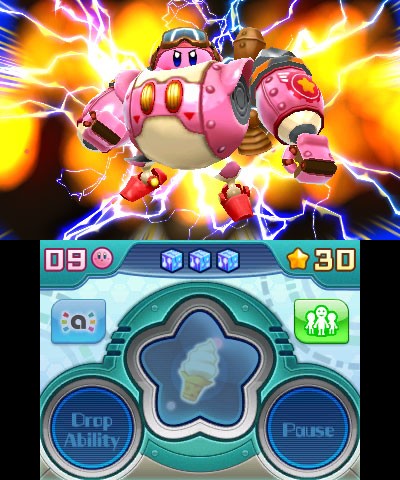 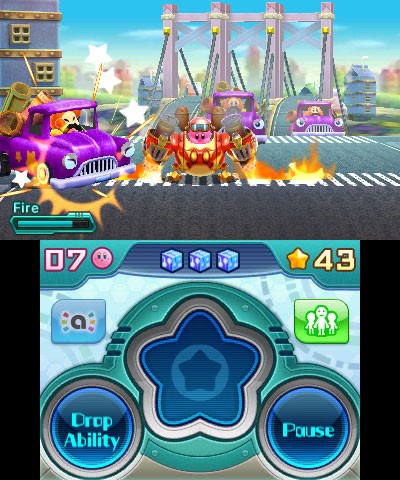 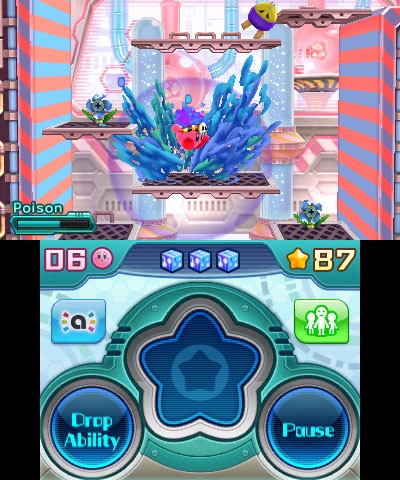 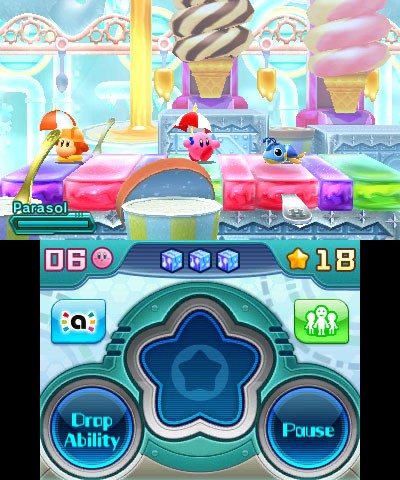 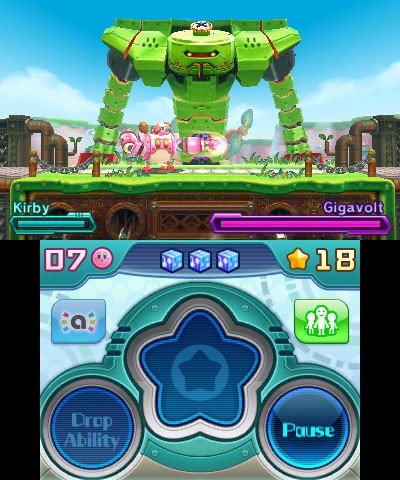 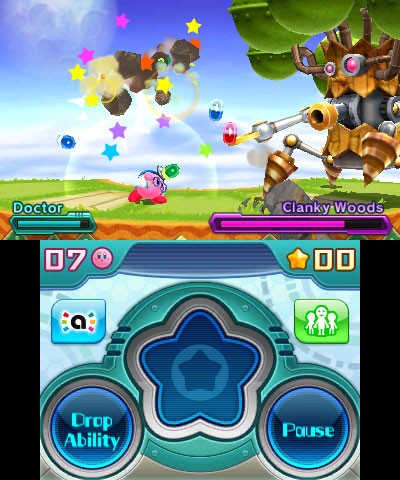 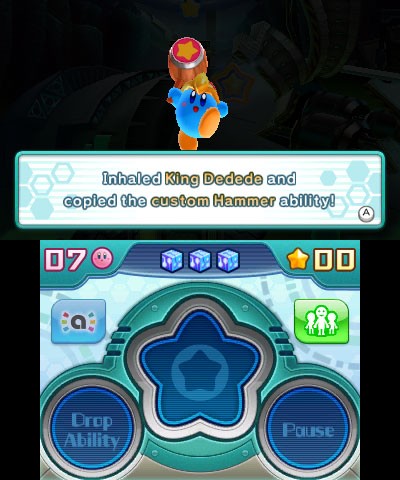 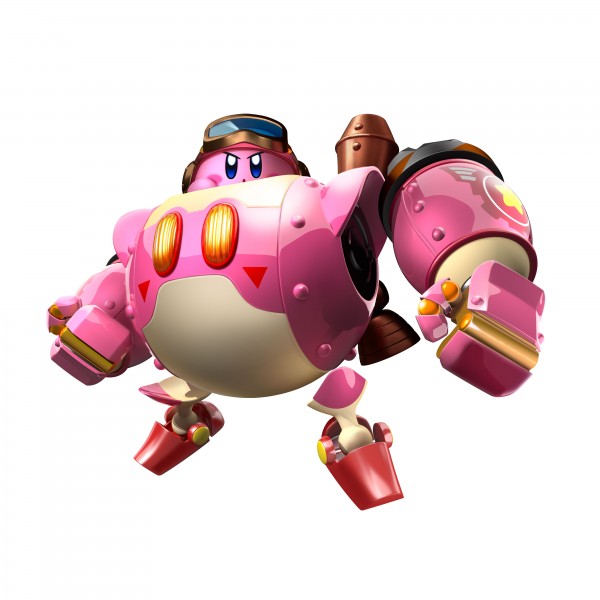 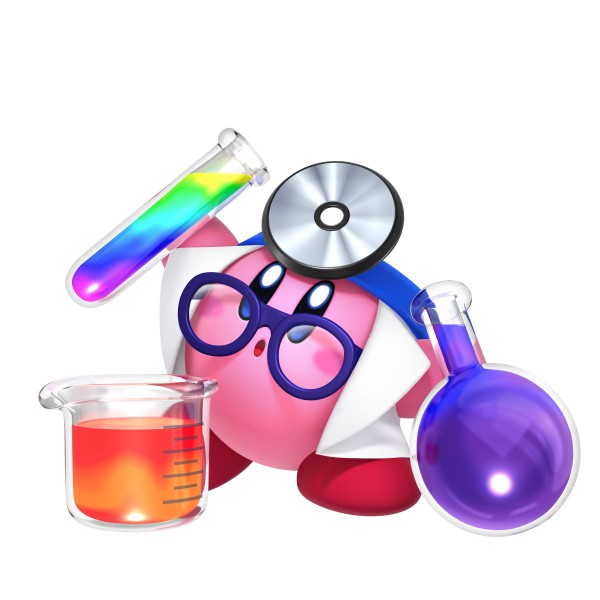 This Kirby is not a radical new direction for the hero, but it’s a
well-designed platformer with some new mechanics – and a particularly
compelling final few hours.

Purchase More Info
8
i
Game Informer's Review System
Concept Kirby embarks on another platforming adventure while stealing enemy abilities, but this time he has a mech suit
Graphics Sweet and colorful visuals haven’t changed much since 2014’s Triple Deluxe, but the robotics and machinery have changed the aesthetic in a notable way
Sound The music is upbeat, poppy, and in line with a game starring the equivalent of a pink balloon. I particularly enjoyed the jazzy Kirby theme remixes and chiptune music of the later levels
Playability Kirby moves well, and jumping in his mech suit doesn’t slow him down, despite more than doubling his size
Entertainment Planet Robobot feels a lot like Kirby’s last outing, it’s never boring (and the final few hours have some unexpected and exciting surprises)
Replay Moderate