King's Quest: Chapter 2 – Rubble Without A Cause Earlier this year, The Odd Gentlemen released the first chapter in its clever continuation of Sierra’s beloved King’s Quest adventure. The first chapter (read our review) tells the tale of young Graham on his path to knighthood and eventually wearing the crown (which the kingdom’s denizens endearingly refer to as his “hat”). The second chapter, Rubble Without A Cause, sidesteps from the kingdom of Daventry as Graham and several of his friends are kidnapped and carried underground by mischievous goblins. This new installment still has some unique puzzles and The Odd Gentlemen’s signature charm, but a new and clumsily implemented mechanic deviates from the solid foundation laid in chapter one.

Graham’s reign is in its infancy when he’s carried off to the goblins’ subterranean lair. Still looking to prove himself as a leader, he needs to hunt for a way to escape while also tending to the needs of his fellow captives. The Odd Gentlemen raises the stakes by leaving it up to Graham to feed and find medicine for his friends as they waste away behind bars. Will you help keep the baker’s pregnant wife fed, or offer aid to the aging alchemists? It’s not yet clear how your choices affect each episode, but The Odd Gentlemen go out of the way to remind you of the decisions you made, so only time will tell.

Your allies have heart meters representing their status, but the problem with this new system is that it’s not explained well. By the time I found crucial medicine and understood that interacting with the bed in Graham’s cell moved time forward to the next day, it was too late. Five of my favorite characters from chapter one were carted off, presumably dead, and it was all my fault. At least, that guilt is what I was supposed to feel; I mostly felt frustrated by the sloppy execution of an otherwise clever mechanic meant to test Graham’s decision-making skills. Even worse, the auto-save system prohibits you from starting the chapter over, so you can’t even try it all over again after you finally understand how it works.

With the distraction of most of my ailing friends out of the way, I was able to focus on saving my one remaining ally from jail and continuing to explore the sprawling underground lair. The heights of deducing chapter two’s puzzles don’t reach the same highs as the preceding chapter, but fun moments are sprinkled throughout. The goblins are obsessed with fairy tales, so several of the situational riddles tap into players’ knowledge of classic stories – a staple in the King’s Quest series. How can I use a music box to retrieve a pea from inside the tower of mattresses belonging to a temperamental goblin? How can Graham help a goblin desperately trying to turn a frog into a prince? The Odd Gentlemen definitely understands what made the original games so enchanting, and does a good job of reproducing that here.

Unlike chapter one, this most recent episode is noticeably rougher around the edges. Some brief cinematics are so jarringly implemented that it makes the storytelling feel disjointed. Other times I noticed milliseconds of a disconnected scene flashing on stage, while the worst offense was a scene involving three bumbling goblins that looked straight-up unfinished. The characters teleported around the environment several times before walking in place against the edge of the screen.

Rubble Without A Cause is a small step backwards for this new vision for King’s Quest, but the series has enough momentum and potential that I’m not scared off yet. King Graham’s endearing self-doubt mixed with the collection of oddball puzzles helps carry this episode, despite some early stumbling blocks. 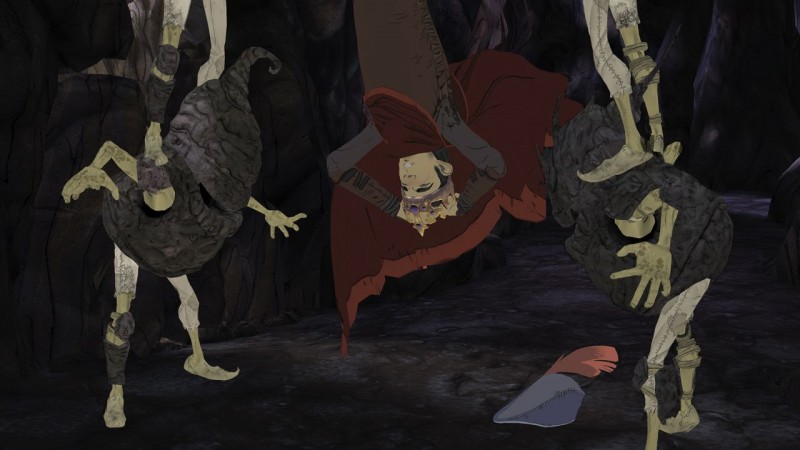 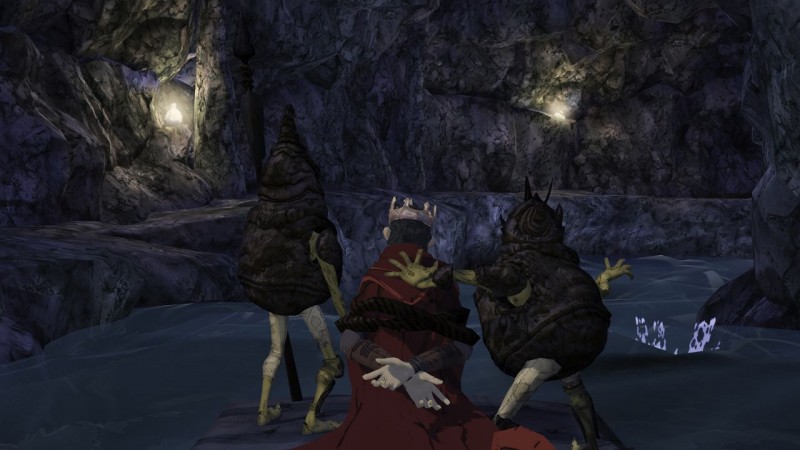 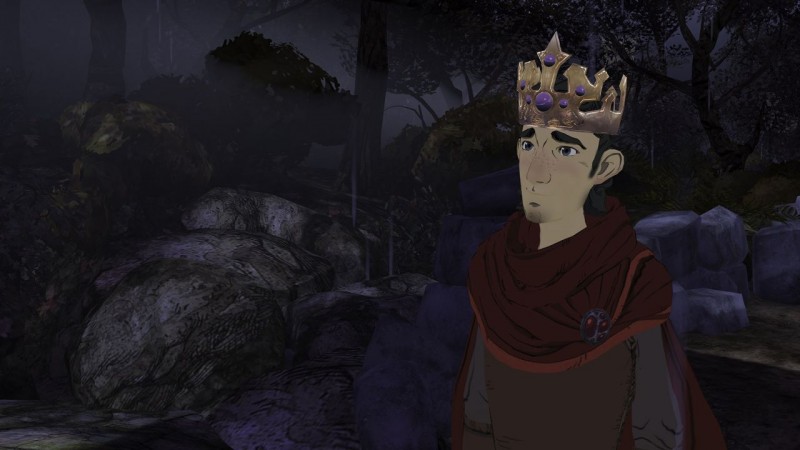 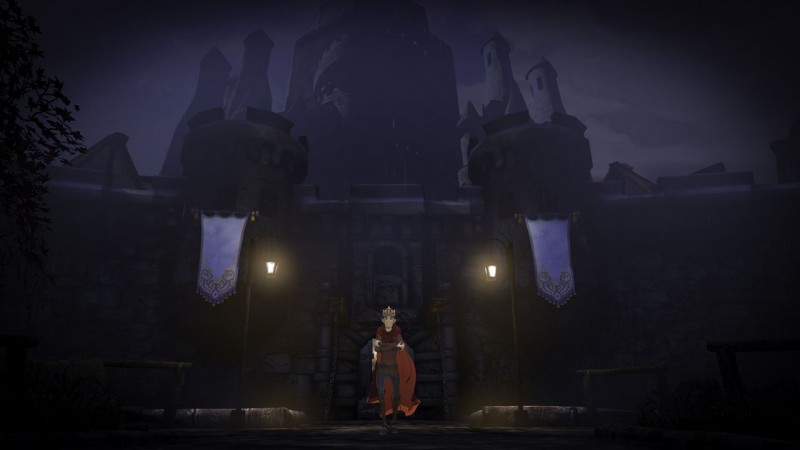 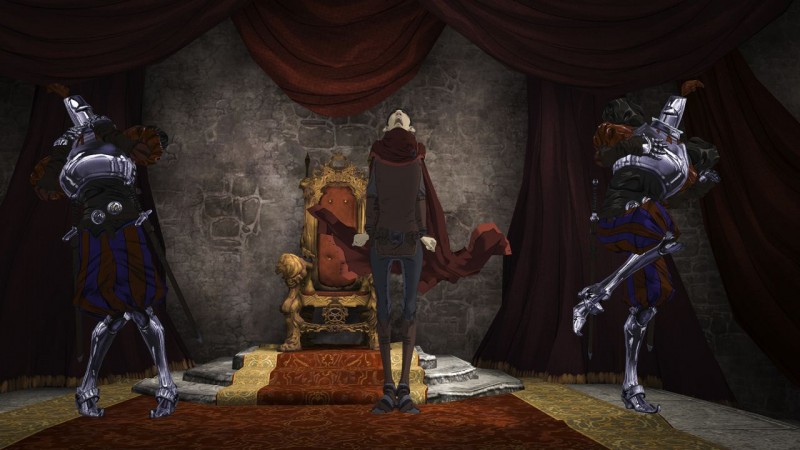 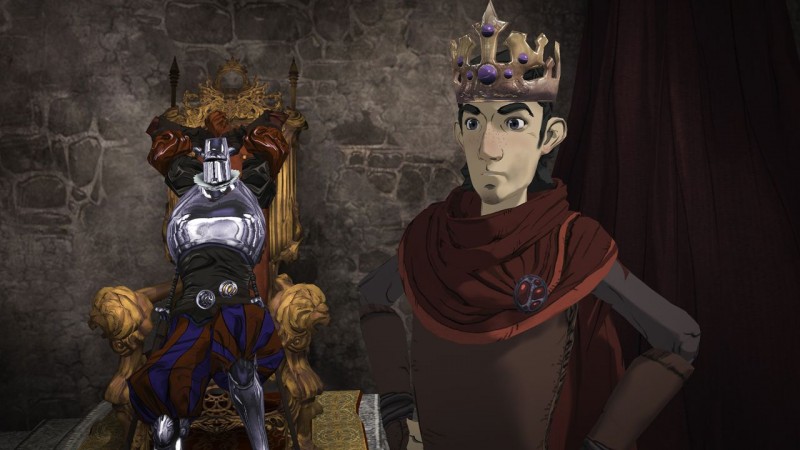 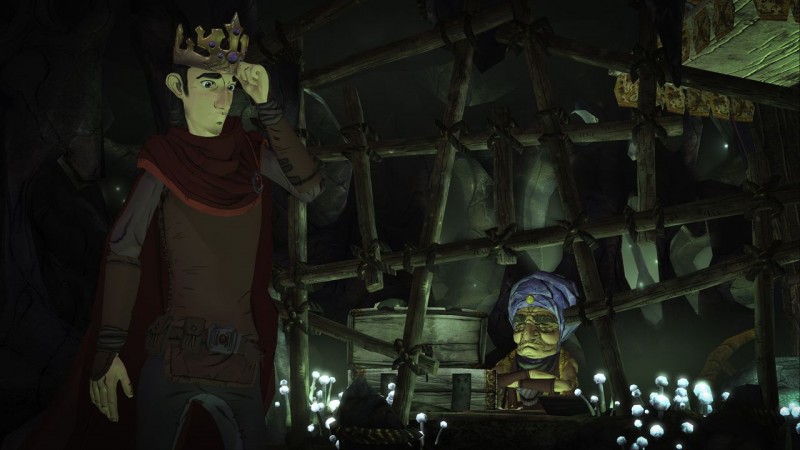 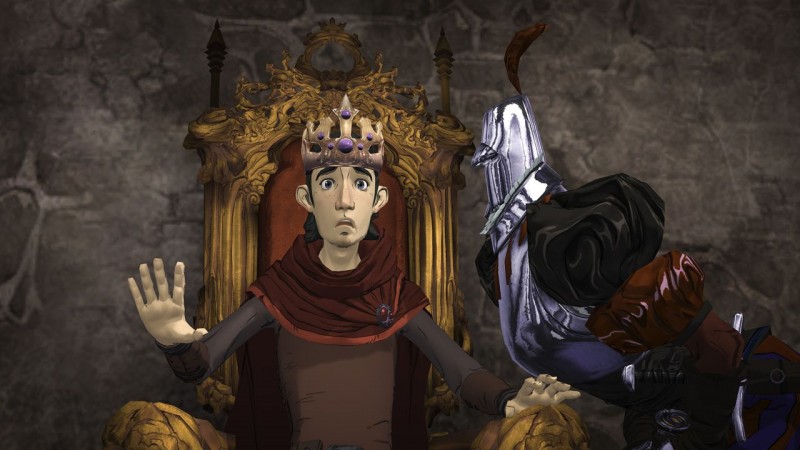 King's Quest: Chapter 2 – Rubble Without A Cause

Chapter two provides fun puzzles and charm, but a new and clumsily implemented mechanic deviates from the solid foundation.

Purchase More Info
7.5
i
Game Informer's Review System
Concept King Graham’s origin tales continue and the stakes are even higher this time
Graphics The pretty painterly look is marred by some janky animations and general lack of polish
Sound The voice acting is spot-on, from Graham’s witty one-liners to the snarls of the goblins
Playability Having direct control over a character in a point-and-click-inspired game feels intuitive
Entertainment Not as rewarding as the preceding chapter, but still worth playing for fans
Replay Moderate