The latest episode in The Odd Gentlemen’s King’s Quest series is a delicious pie with a few rusty nails baked into the crust. King Graham’s tale takes another dark turn, covering his infant son’s kidnapping and the strain that comes when they’re reunited nearly two decades later. It’s interesting material to cover, but the tedious and uninspired block puzzles are an anchor that yanks the rest of the game down.

Snow Place Like Home starts beautifully. We check in with King Graham, who is now a young father tending to his infant children. As the queen snatches some well-deserved sleep, Graham comforts the fussy heirs in a sequence of light puzzles. This intro caps off with a moving lullaby, which is one of the best moments in the series thus far.

Unfortunately, the peace – and that level of quality – can’t last. A villain comes and kidnaps Prince Alexander, tearing apart King Graham’s young family and casting a shadow over the next few decades of his life. When Alexander returns, it’s another delight; as he explains how he escaped his captor, I realized he was basically recounting the events of King’s Quest 3. You don’t necessarily have to have played the classic games to understand what’s going on, but The Odd Gentlemen definitely reward the longtime fans with little sparks of recognition.

With his family back together, the group goes on what they think will be a vacation, though it’s a trip that – as with most of Graham’s stories – gives his granddaughter Gwendolyn some valuable life lessons in the present day. Here, the lesson is about family and expectations. Alexander has gained some magical abilities during his journey, which upsets Graham. The king prefers to solve puzzles rather than blast his way through them, and that conflict is set up in an amusing sequence featuring an overblown puzzle room.

Frankly, I prefer Alexander’s approach, since the bulk of episode 4’s puzzles are tedious exercises in block pushing that feel as though they were included to pad out the experience. These puzzles have a narrative conceit: A sphinx has captured and divided the royal family, and they have to solve her challenges to reunite. Unfortunately, far too few of these puzzles rely on wit; most have you walk on a line, pushing blocks or moving obstacles out of the way. I was almost immediately bored, and the characters and their interactions seemed as though their energy was sapped as well.

When you do reunite your family (again), you have to solve a series of puzzles in an escape-room style scenario. It was complicated but rewarding, and the sequence made me yearn for more of that kind of interesting challenge as opposed to sliding blocks around. The dialogue and tone has been a high point in the series, and here it felt as cold as the walls of the icy labyrinth. The only real moment of pathos was nullified by a cheap series of gags that the characters – who should have been devastated by what had just happened – giggled and tittered at the silliness of it all. At least they seemed to be enjoying themselves.

Episodic games can be tough to evaluate without seeing the story as a whole, since effective storytelling relies on narrative peaks and valleys. I don't expect every chunk of a multipart tale to knock my socks off, but this abrupt shift in density and quality of puzzles is tough to ignore. I'm hopeful that the series is able to conclude on a high point, and that this was just an unfortunate misfire. 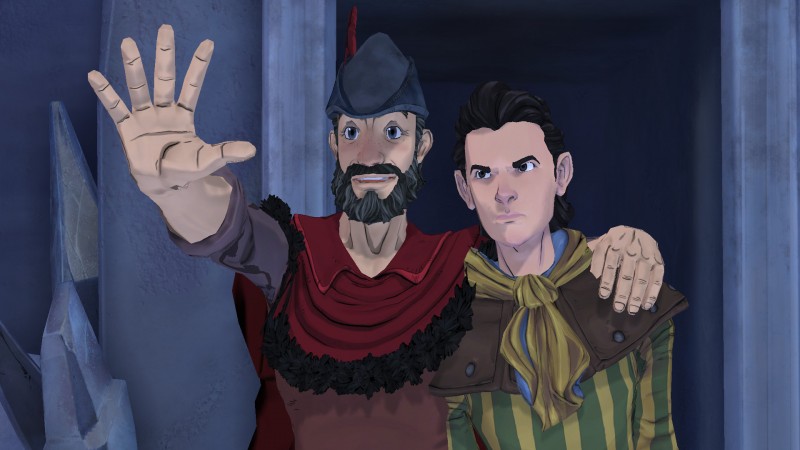 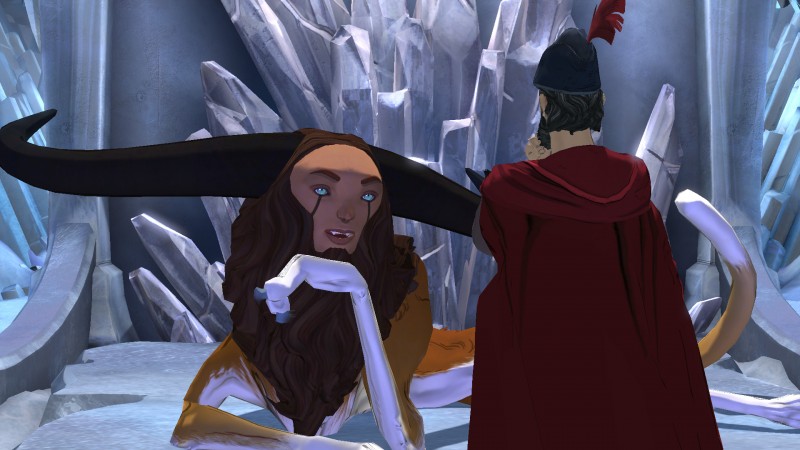 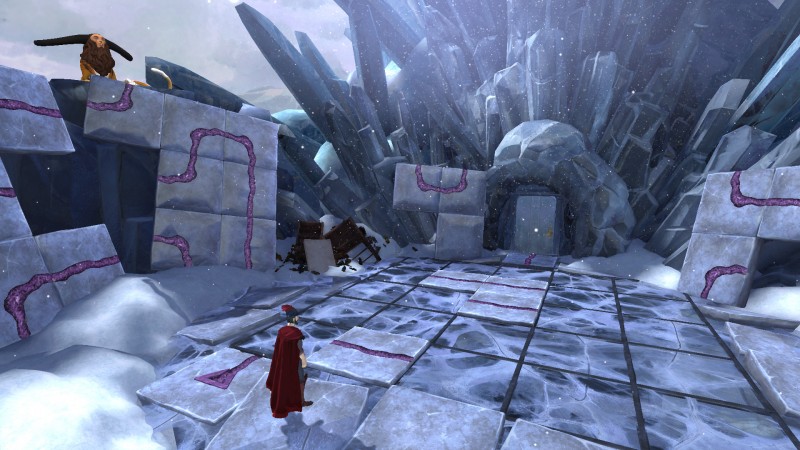 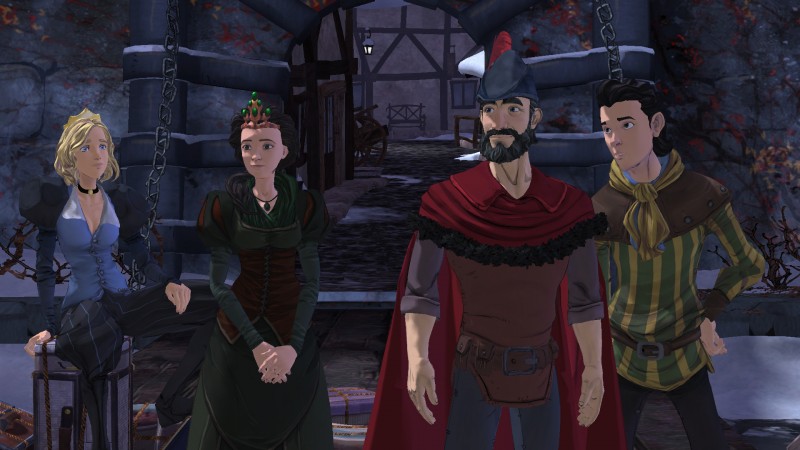 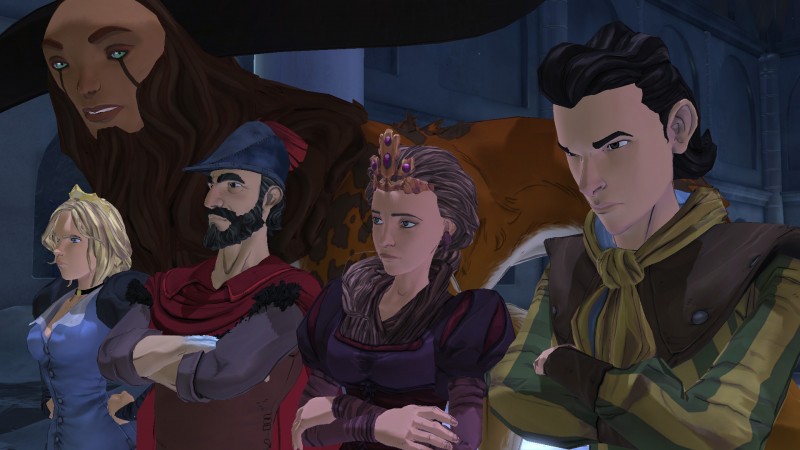 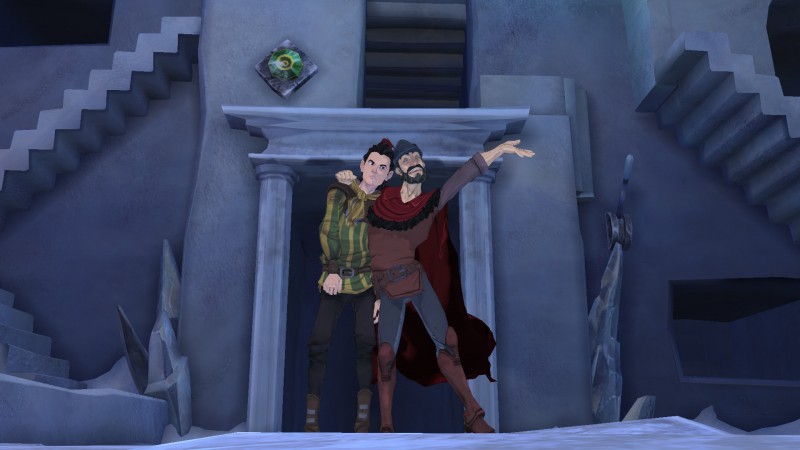 6.5
About Game Informer's review system
Concept
Continue telling the tale of King Graham’s life, this time focusing on fatherhood and his relationship with his family
Graphics
The ice labyrinth is appropriately dreary, but it’s not pleasant to look at over the duration of the chapter
Sound
A talented voice cast continues to put in good work, even if the dialogue doesn’t crackle as much as it has in earlier chapters
Playability
Solving some of the puzzles can be frustrating, since you have to repeat the same tedious opening steps (and animations) every time you fail
Entertainment
The fourth chapter adds some interesting character dynamics, but an overreliance on block puzzles drags the whole thing down to a series low
Replay
Moderately low