King's Bounty: Warriors of the North

An Older Design, But It Still Checks Out
by Adam Biessener on Nov 02, 2012 at 05:54 AM
Publisher: 1C Company
Developer: Katauri Interactive
Release: October 26, 2012
Rating: Rating Pending
Reviewed on: PC Finding an underserved niche and serving it well is a formula for success replicated every day across the gaming industry. Katauri Interactive’s King’s Bounty franchise hasn’t just staked out its territory, though; now on its fourth incarnation, the series has dug in fortified positions to lock down its chosen patch of gaming mindshare. This standalone title has some of the best content in the series and a laundry list of welcome balance tweaks, but the game itself is effectively identical to the last three.

King’s Bounty is an empire game without the empire. Rather than bringing civilization to the savage wilds, you’re running around a giant overland map with an army at your back, killing monsters in tactical combat en route to completing quests and discovering ever-better loot. You level up and gain a higher leadership score so you can hire more troops to kill bigger monsters to level up again, et cetera. No enemies ride out to engage you of their own accord, so each area is a puzzle to be peeled back in layers, picking the lowest fruit off of the challenge tree so you can grow stronger and reach higher next time. The feedback loop is well-constructed, with a new goal always enticing you onward to a new ability in the talent tree, a powerful quest reward, or a fresh area to discover.

Exploring the world is a violent undertaking, but navigating the walls of text that make up the role-playing part of the game between battles is surprisingly amusing thanks to gonzo sensibilities and exceptional writing. Constant pop culture references remind you that King’s Bounty thankfully doesn’t take itself too seriously, and the minor Russian-to-English translation miscues are more endearing than irritating – even though they pervade to the entire game. The occasional choose-your-own-adventure conversation tree is worth digging through, not just for the reward or sidequest you sometimes get, but to appreciate the cleverness of the writing.

The rich turn-based combat is always a delight to approach, and everything flows from winning battles. Every encounter is unique thanks to the dozens of troop types (each with several passive traits and often an active ability or three), and your hero’s own customizable and broad array of special powers. Fighting hundreds of cave spiders backed up by ranged ice spiders while an elder god statue summons ice storms is massively different than taking on a handful of super-powered dragons. Specializing your hero results in dramatically different capabilities; a mage can sling multiple fireballs per turn, while a warrior with a primal connection to his Valkyrie followers has an army that fights twice as hard thanks to his inspiring leadership. On top of all that, any of the monsters in the world can be recruited to your own cause. Figuring out how to approach each battle with the unique mix that you bring to it is King’s Bounty’s greatest joy. The overwhelming focus on taking zero or near-zero losses mars this campaign, like its predecessors, from beginning to end. Not only are you discouraged from using anything but the highest-health units you can find – a shame, because the variety of unit types is one of King’s Bounty’s greatest strengths – but running back to troop vendors to top off your army is a constant hassle if you’re not able to clear enemy armies without taking any attrition. Even if you are, your steadily increasing troop cap strongly encourages you to run back and grab two more Vikings, because most battles are tough enough that you desperately want any advantage you can find. That speaks well of the balance, of course, but the recruitment mechanic is an anchor weighing down the entire experience.

The occasional boss battles are as stupid in this iteration as they’ve ever been, with game-breaking special abilities that force you to bring a specific unit mix and strategy to the fight to counter their absurd powers. The heart and soul of King’s Bounty is in devising a customized approach to each battle based on the map, your troop set, the enemies, and your hero build. Boss battles throw all that out the window. When large stacks of melee enemies are literally dropped on top of your army every round, ranged troops are nothing but liabilities. The rage mechanic is arbitrarily disabled during boss fights – hope you didn’t base too much of your hero’s capabilities around it! I like the idea of testing my hero against landmark challenges, but the execution here is awful. I’ve been on board with this formula since day one despite its warts, and the tweaks Katauri has made for Warriors of the North are all greatly appreciated by this King’s Bounty veteran. The new melee-focused Viking troops are fun and interesting to use, with an ability set that encourages in-your-face tactics rather than the kiting strategies that the older games often devolved into. I particularly love how the battlefield-obstructing abilities found in the new hero powers enable new approaches to melee-heavy battles. The whole game has gotten a serious balance pass, from individual troops to the hero talent trees and a needed nerfing of resurrection abilities.

Outside of the tightly constrained availability of troops and prevalence of undead enemies in the first third of the game, this is easily the best King’s Bounty to date. Something is going to have to change eventually, and the legacy issues like boss fights and recruitment tedium get less acceptable every year, but I’m still having a blast with Warriors of the North. Whether you’re new to the series or a 300-hour veteran, there’s much to recommend here. I just hope I’m not writing these same things next year. 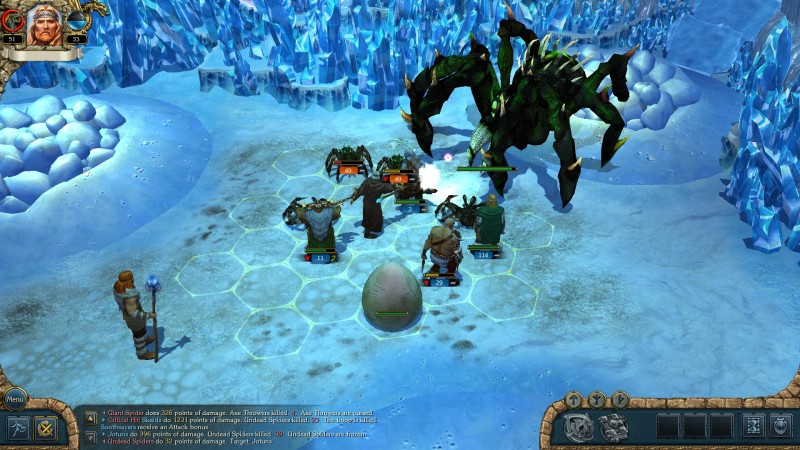 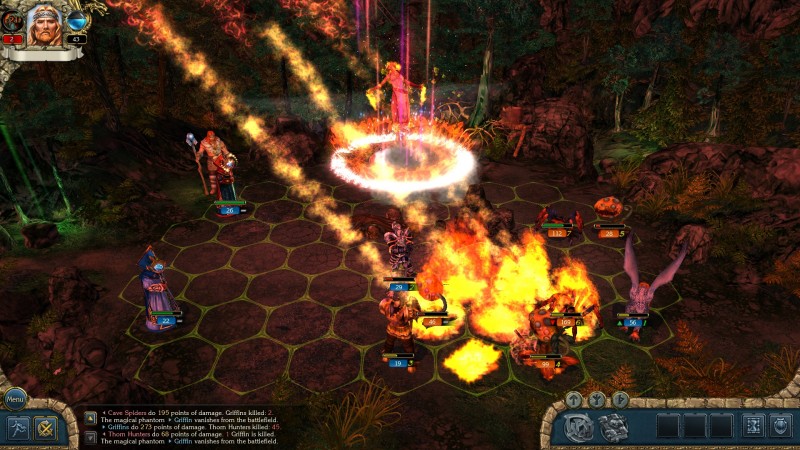 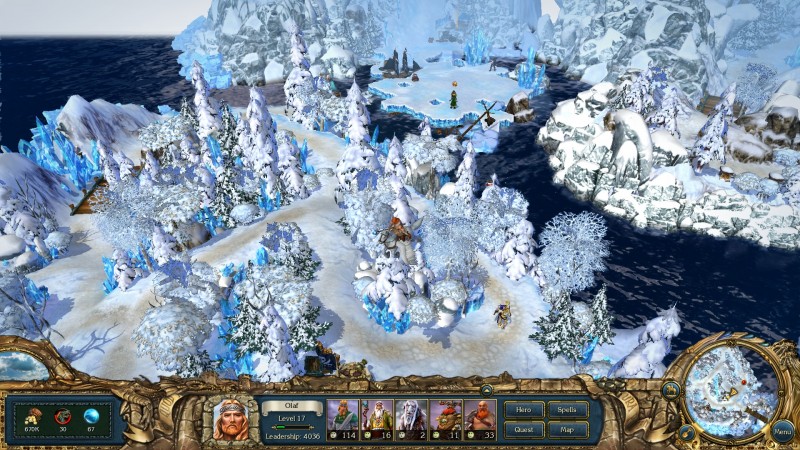 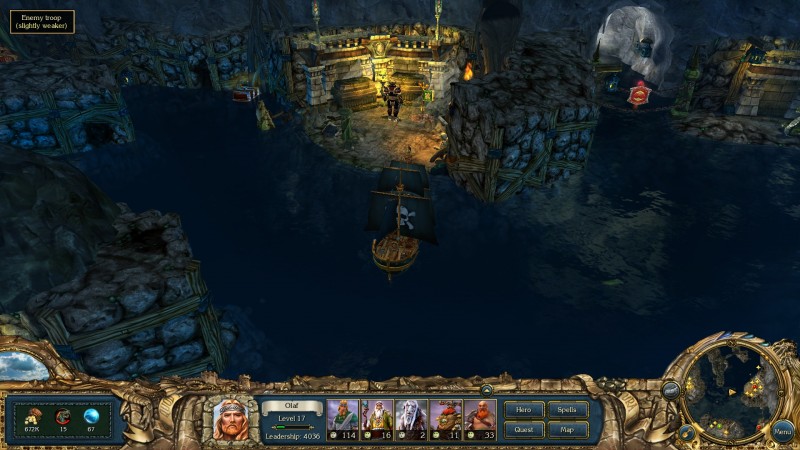 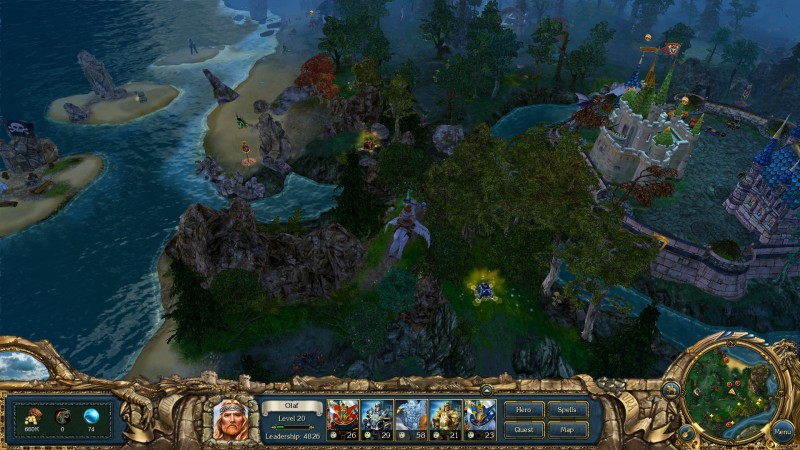 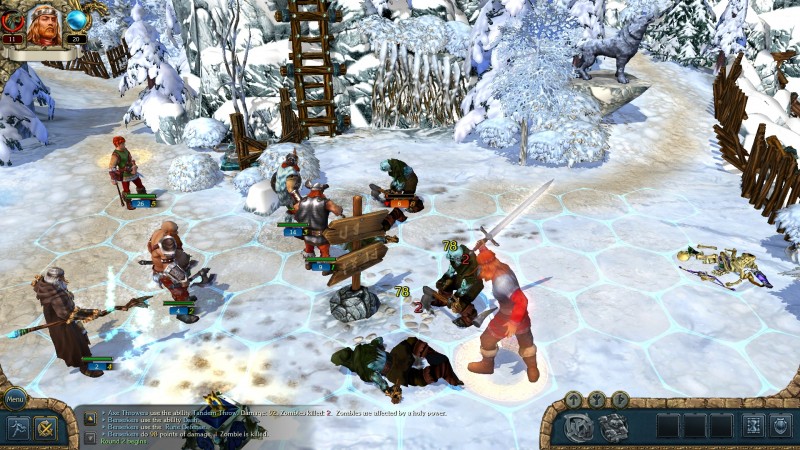 King's Bounty: Warriors of the North

This standalone title has some of the best content in the series and a laundry list of welcome balance tweaks, but the game itself is effectively identical to the last three.

Purchase More Info
7.75
i
Game Informer's Review System
Concept Make yet another King’s Bounty adventure with all-new content, Viking troops, and rune magic added to the mix
Graphics This is starting to get long in the tooth, but the vibrant art style makes up for dated tech specs
Sound The score is a fantastic, rollicking neoclassical background to this grand popcorn adventure. The lack of voice acting is becoming less acceptable as the years go by, though
Playability The interface is almost exclusively mouse-driven, but your interactions are so simple that it doesn’t matter
Entertainment King’s Bounty is still the biggest fish in its small pond of single-player tactical strategy minus the empire building, but something is going to have to change eventually
Replay Moderate