Reasons You Should Pay Attention to Kingdoms Of Amalur: Reckoning
by Phil Kollar on Jun 08, 2011 at 05:45 PM Back when I first went to see Kingdoms of Amalur: Reckoning for the magazine a few months ago, I was more than a little concerned about the generic name. Did I really want to play another open-world fantasy game? After seeing the game, the answer was a definitive yes, and my demo of it at E3 makes me even more certain. If you’re not yet sold on Reckoning, let me convince you with a few notes from my E3 demo.

An absurd amount of content: RPGs are arguably the lengthiest of any genre of games, but in this generation of single-player games averaging six-to-eight hours of playtime, even role-playing titles have become shorter affairs. Not so with Reckoning. Big Huge Games is promising five distinct geographical regions that are stuffed full of NPC-packed towns, hundreds of sidequests, and (no joke) 120 dungeons. Best of all, those dungeons aren’t cut-and-paste like in some RPGs – Big Huge Games created some easy-to-use tools that allow them to quickly put together deep, interesting, hand-crafted dungeons.

Factions: One of my favorite systems from Elder Scrolls IV: Oblivion was factions. Working through the various quests and storylines of the thieves, warrior, and mages guilds kept my attention even more than the main story. Oblivion lead designer Ken Rolston is heading up the Reckoning team, and he’s carried over the idea of these factions. In the demo, I watched a run-through of a quest for the Warsworn faction. This group of warriors for hire originated as a religious order that existed to fight a horrific race known as the Niskara. This once-extinguished enemy has returned to the world of Amalur, and throughout the Warsworn quest, they will have to reconnect with their roots.

Open-ended class system: Rather than the RPG norm of choosing a class at the beginning of the game and being stuck with it till the end, Reckoning employs a unique class system known as “destinies.” As you level up and make ability and stat choices, you unlock non-traditional classes such as Wayfarer, Shadowcaster, and Slayer. You’ll be able to upgrade and change destinies as you progress, making for satisfyingly open-ended character progression.

RPG combat that’s fun, fluid, and complex…really!: Yes, Reckoning is yet another RPG that’s embracing faster, more action-focused gameplay. Unlike games such as Dragon Age II, though, the combat in Reckoning looks and feels more like a straight action title or even a fighting game. I saw the player character – a hybrid warrior/rogue – use a devastating multi-stab attack, a lightning quick slash that dramatically paused time as he flew through an enemy several times, and a magic-infused smash that sent rocks flying up from the ground to crush his opponents. It’s visually impressive and looks utterly engaging. I can’t wait to get my hands on it for an extended period of time.

The team also unveiled a special combat mode known as “fate shift.” By defeating enemies, the character builds up a special power related to his or her ability to change the fate of the world. Once enough has been collected, the character enters fate shift mode, at which point he or she can perform destructive finishing moves that can wipe out whole groups of opponents in stylish fashion.

Fast yet deep dialogue: Some RPG nuts love lore, and some are just in it for the loot and the level grind. Reckoning should be able to appeal to both crowds. For those who want to know every drop of backstory, NPCs will have tons of recorded dialogue to work through. For those looking through the fastest way through conversations so they can get back to fighting, quest-critical dialogue choices will be highlighted in blue. It’s a tiny UI feature, but the blue text will greatly add to quality of life for gamers who are more excited about getting the next armor upgrade than learning Amalur’s history.

Non-combat activities: Fighting is fun, but sometimes it’s nice to mix things up a little. Reckoning will contain plenty of non-combat options, including three kinds of crafting (alchemy, blacksmithing, and sagecraft, which allows you to create gems to socket into items), a persuasion ability to unlock more dialogue options, stealth that allows you to pickpocket and do sneak attacks, and a dispel ability that lets you play a mini-game to unlock warded treasure chests without being injured.

These abilities can be leveled up for even more bonuses. For example, in its most basic form, the detect ability will simply allow you to uncover hidden passages and find traps. As you increase in level you’ll disarm the traps and eventually even salvage them for use in your own crafting.

E3 2011 is the third time I’ve seen Kingdoms of Amalur: Reckoning in action, and I’m just as impressed as I was from the start. Do yourself a favor and don’t let this game slip under your radar. It’s got a good chance to be awesome when it comes out in 2012. 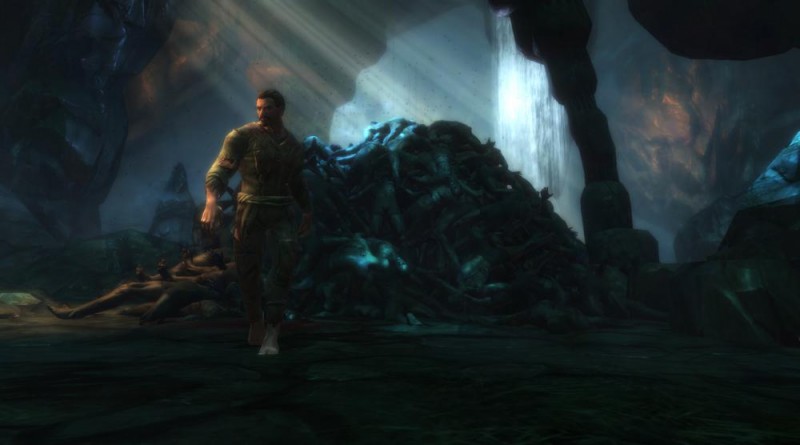 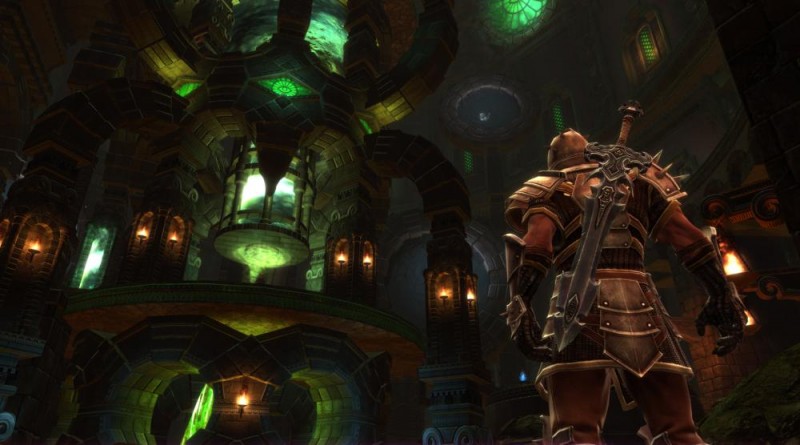 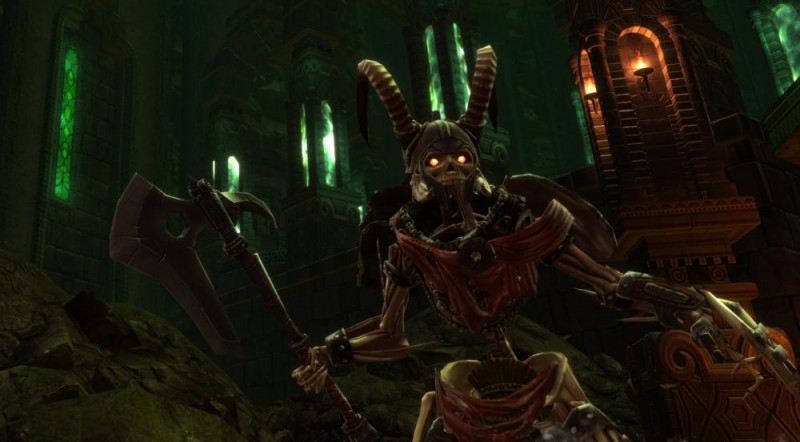 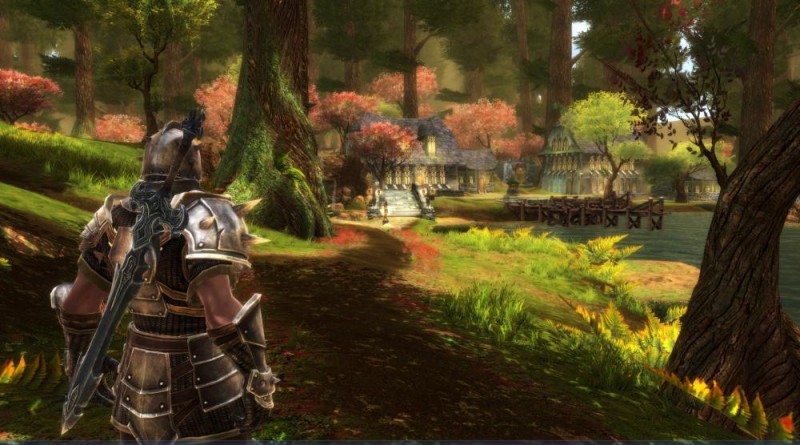 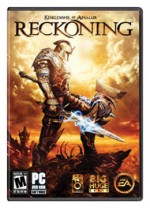