The original Kingdom Rush used to stand as my favorite tower defense game on the market, using cutesy and colorful fantasy visuals to clothe a challenging strategy campaign. The sequel eclipses its predecessor, maintaining systems that are too good to change, but adds a host of new features. It has surprising enemies, entertaining new tower types, a great mix of heroes, a revised progression system, and more compelling level designs. Frontiers is friendly to newcomers – an ideal way to try out the tower defense genre if you’ve always wondered what all the fuss is about. Returning players will rejoice at all the ways this simple concept still manages to surprise.

Frontiers sends the defenders of Linirea out to new locations across the sea, and developer Ironhide uses the excuse to break free of western fantasy trappings. From desert oases to deep underground dragon lairs, the locales are constantly changing. More importantly, these levels feel more alive and dynamic than before. Many levels include fun interactive features, like the ability to fire cannons from a nearby ship, or saving an unfortunate captive girl from being thrown into a volcano by a ritualistic savage.

The four basic tower types are the same as last time, but each powers up into a brand new series of top-tier structures, all of which add fun new strategic options. The new necromancer tower animates nearby enemy corpses, making it a great choice for a choke point. The dwarven artillery mech is another worthwhile addition, marching around to fling explosives where you need them most. We also get some clever homages to other games, like the barracks that can house either assassins or templars. Combined with smart level pathing, each stage demands new patterns for how you choose to hold the line against a host of canny enemies – including everything from invisible lizard men to burrowing sand sharks.

Where heroes previously leveled on their own in each stage, Frontiers introduces a deeper and more customizable level up process that occurs between stages. It now pays to invest time with a given hero and improve their stats, and when you’re done, to pick another and level up again. The hero roster is varied, but it’s too bad that all of the best choices (including your own personal dragon) require an additional purchase.

Kingdom Rush: Frontiers is highly approachable, but don’t let its humorous comic veneer fool you. Turn up the difficulty, and Ironhide has tuned a remarkably balanced game that juggles punishment and reward in equal measure. Frontiers remains close to form to its predecessor, but recognizing where to make improvements on an already strong formula is an art form all its own. 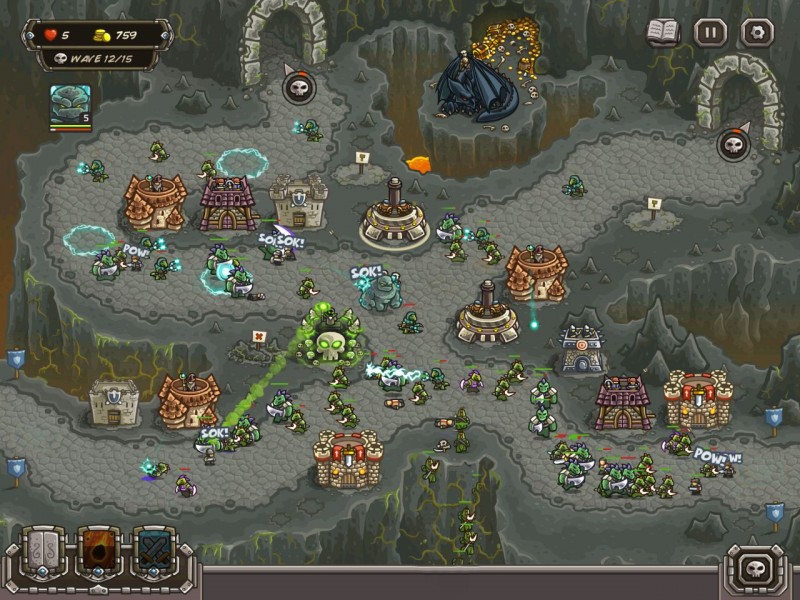 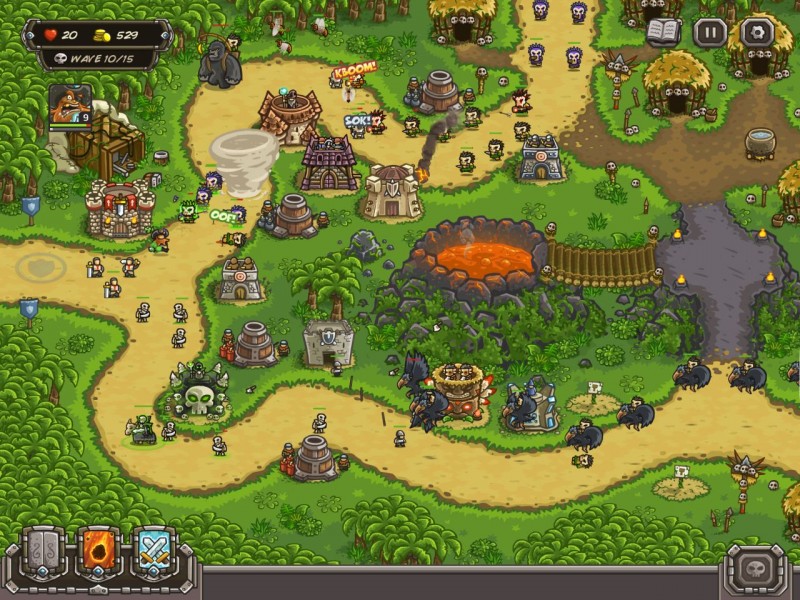 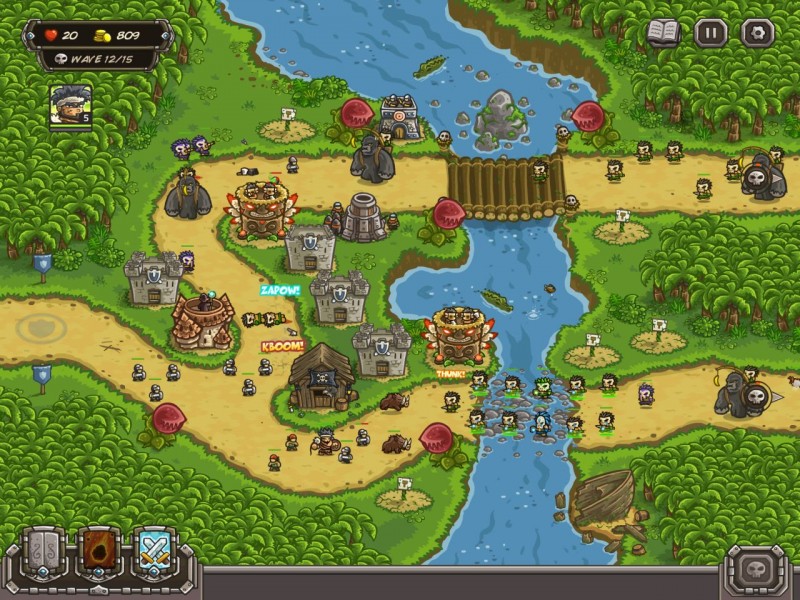 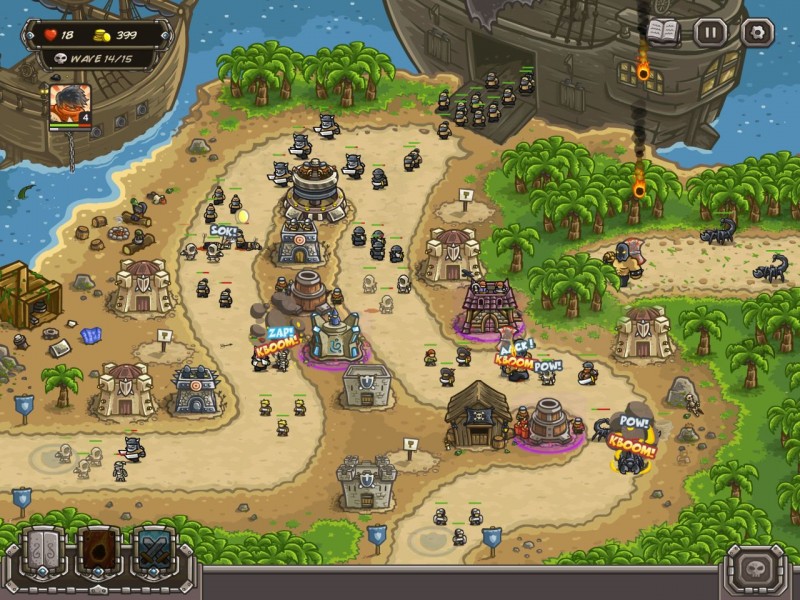 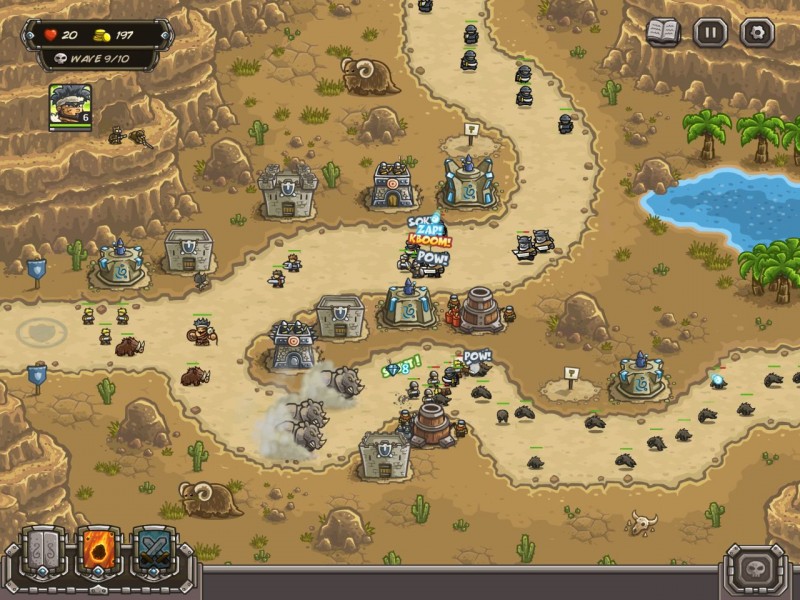 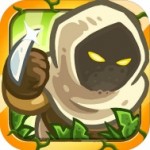 The sequel to one of the best mobile games on the market is even more enjoyable than its predecessor.