A Disturbance In The Force: Kinect Star Wars Could Use Some Work
by Phil Kollar on Jun 08, 2011 at 11:36 AM
Publisher: LucasArts
Developer: Terminal Reality
Release: April 3, 2012
Rating: Teen
Platform: Xbox 360 Kinect Star Wars didn’t exactly blow the audience away during its showing at the Microsoft E3 2011 press conference earlier this week, so I was already a bit wary walking into my hands-on demo. Unfortunately, a lot of my fears seem well-founded.

I only got to check out a single mode of the game, but it’s arguably the mode that will make or break the final product: playing as a Jedi. After some brief training with Yoda, I jumped into a mission against a bunch of battle droids on Cloud City.

Despite the Empire Strikes Back setting, this portion of the game is actually set during Episode 2. Kinect Star Wars as a whole will play out during the time period of the prequels. During the demo my unnamed Jedi character was joined by the tentacle-haired Kit Fisto, a fellow Jedi who can be controlled by a friend for a co-op experience.

The Jedi segments in Kinect Star Wars are on-rails in the sense that your Jedi automatically targets the next enemy. Once he’s aimed in the right direction, I was able to choose how I wanted to take each enemy out. From range, I could lift enemies and flick them away with my left hand or force push by pushing my hand forward quickly. I could close the distance by stepping forward and leaning down to dash, at which point I could dispatch enemies with the lightsaber or a powerful kick.

Outside of combat, Kinect Star Wars features a few simple movement options. Stepping to the left or right caused my on-screen avatar to do a dodge jump in that direction, while simply jumping let him jump over enemies or jump down to new locations in the level. The vast majority of the movement was handled automatically though.

In addition to regular, easy-to-kill battle droids, I fought an armored drone and a more powerful droid that was resistant to force powers. Sadly, there wasn’t a whole lot of strategy to this beyond dashing forward and slashing wildly until my robotic opponents fell to pieces.

More frustratingly, I found that several elements of the game didn’t always work as responsively as I wished. A right-hand swipe motion that was supposed to unleash the lightsaber took a good five or six tries before it worked, and the game seemed to have trouble distinguishing whether I wanted to perform a force push or just lift enemies up. Also at one point in the halls of Cloud City, I dashed forward and got stuck against a wall. In order to progress, I had to make my character awkwardly perform his side jump a couple of times to get away from the wall.

Kinect Star Wars still has time before its winter release to get cleaned up. Maybe some of the game’s other modes, such as pod-racing and X-Wing fighting will prove more entertaining than this on-foot combat scenario was. But if LucasArts really wants to win over Star Wars fans, they need to tighten up the lightsaber gameplay as much as possible. Kinect Star Wars isn’t a lost cause by any means, but consider me worried. 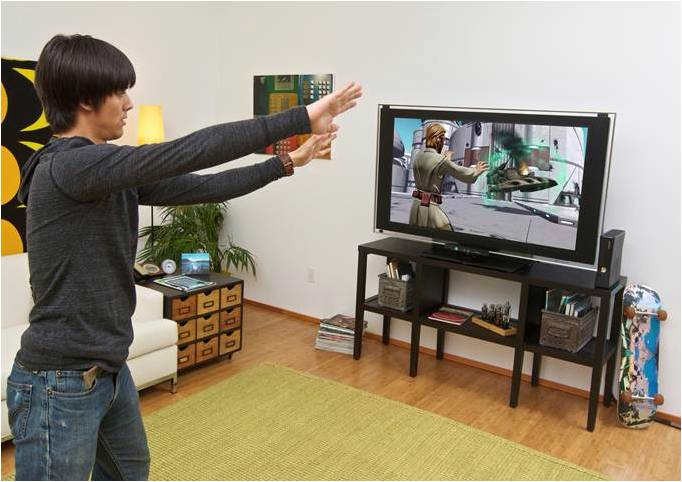 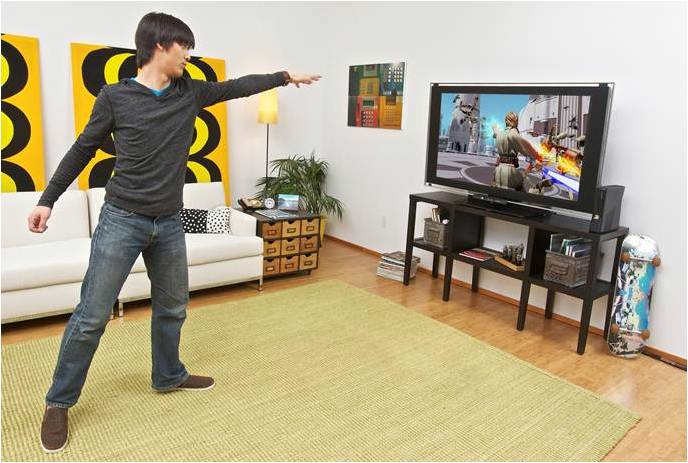 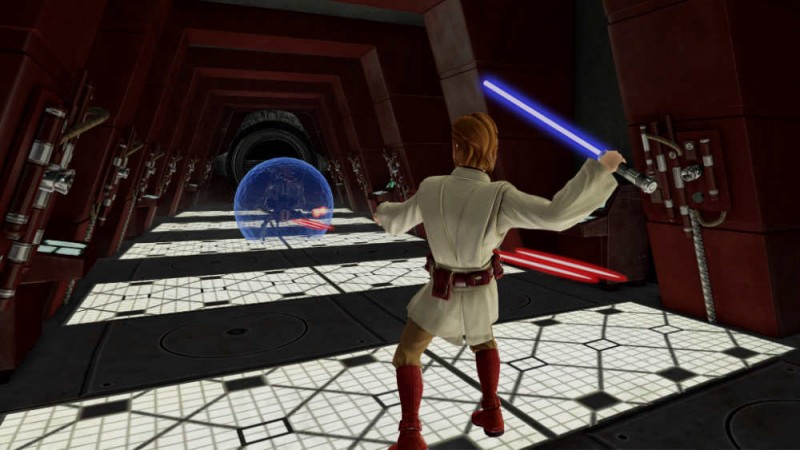 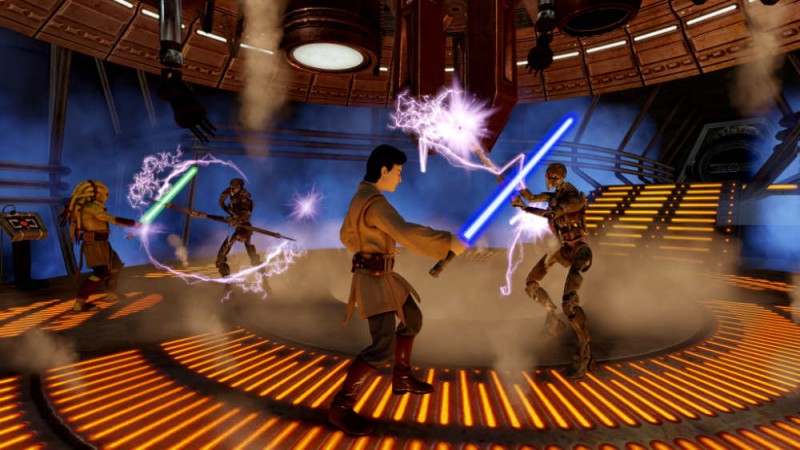 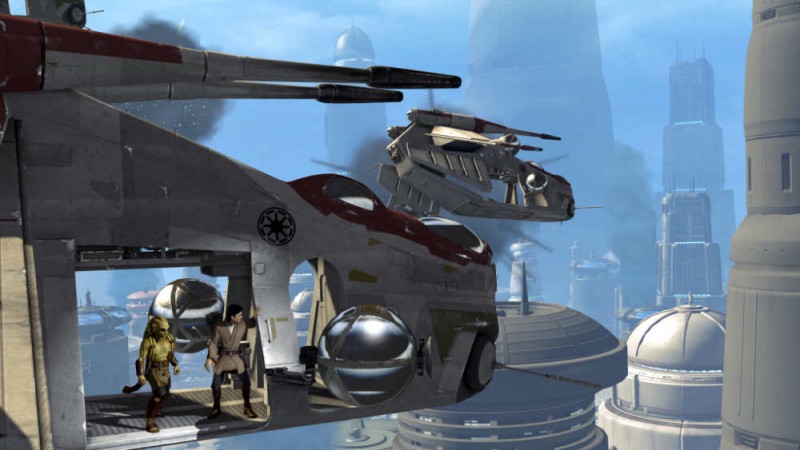 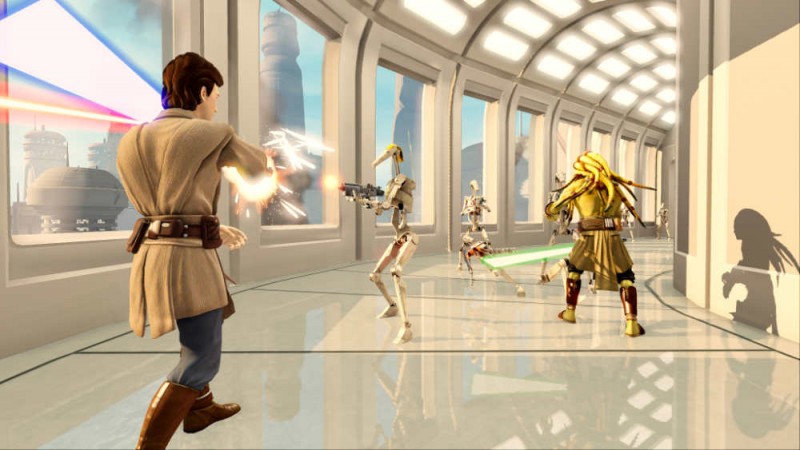 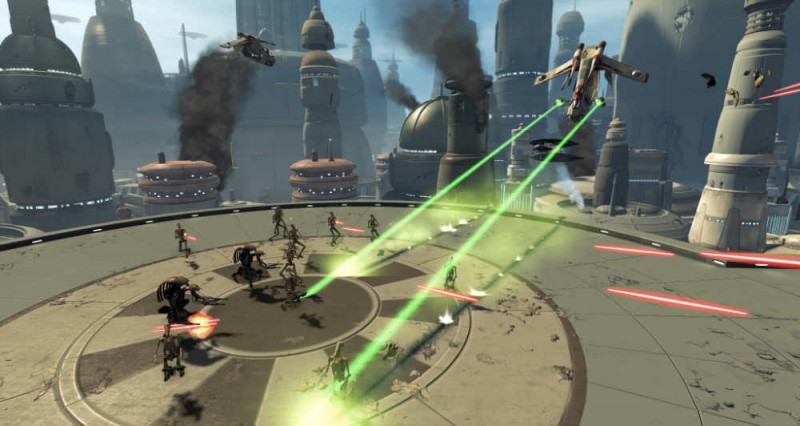