Kinect has proven that controller-free gaming is possible, but it hasn’t shown us that controller-free gaming is possible with established genres like FPS or racing. Yes, from a conceptual standpoint, Big Park’s Joy Ride is a racing game. It offers cars, tracks, and sophisticated driving maneuvers like drifts and boosts. What it doesn’t offer are the basics of racing. As the manual points out: “Turn the wheel to steer. Don’t worry about accelerating or braking – the game handles those for you.”

Without the ability to adjust your speed, the sensation of controlling your car is never fully realized. Sure, it’s amazing that Kinect can recognize you are holding an invisible steering wheel and can pick up the subtlest movements of your hands. Leaning into a turn to apply a drift works without fail. Twisting your hands or lowering them to rotate your car as it soars through the air is a great way to perform tricks. The functionality is sound, and from the perspective of the player being the controller, largely entertaining.

Even at Joy Ride’s highest peak of excitement, I found myself thinking that this experience would be so much better with a controller. Unless you memorize every turn and straightaway, you’re bound to run into moments where you’ll want to pepper the brake to ease into a corner or let off the gas to glide into a shortcut. These moves are racing 101, and every gamer or person who has driven a car instinctually uses them. Without these actions incorporated into Joy Ride’s gameplay, you have to live with bouncing off of walls or flying past that shortcut. While the car cruises at a set speed, I never felt like it was just being pulled through the course; I spun out on turns, and also slammed into walls headlong, bringing me to a complete stop.

I got a kick out of holding up items in my room so that the game could duplicate the color of said object on my car, but the need to switch cars never arose. Since speed isn’t a factor, all of the cars accelerate and cruise at the same velocity. A crappy ice cream truck has just as much horsepower as a sports car. The long load times and extensive menu navigation required before each race compounded my lack of desire to enter the vehicle selection menu.

Joy Ride offers plenty of depth in its seven modes. In a similar vein to Rock Band’s approach to unlocking venues, new tracks for each mode type are earned through the number of fans you bring in. Your performance on the track dictates how many fans join you after each event. With an average race netting around 160 fans, and unlocks coming in the tens of thousands, you’ll definitely get your bang for your buck.

While I begrudgingly played the three basic racing events (pro race, battle race, and Xbox Live race), and thought about knocking myself out so I didn’t have to play the trick events (all you do is pose yourself in hilarious ways as your car soars though the clouds), I lit up every time the game presented a new stunt, smash, or dash event. All three of these events require pedal-to-the-metal speeds. Stunt is comparable to the trick park in the Nintendo 64 San Francisco Rush games, where you must launch off of ramps and string together as many tricks as you can to earn a high score and medal. The stunt events successfully plant that addictive “I can do better” hook, yet don’t offer much variation in course design. Should Big Park decide to make a sequel, I wouldn’t mind an entire game of stunt events.

The smash event embraces high-speed drifting, and ends up being fun even though I spent most of my time in the car viewing the screen sideways since a great performance requires that you hold your drift (by leaning to the side) for as long as you can. As you drift, you must knock over hundreds of wooden characters to up your scoring multiplier.

If you want racing broken down to the absolute basics of just flipping your wrist to make your car automatically hop into the next lane, dash mode is fun and surprisingly intense. With obstacles littered on a straight track, it can be comparable to the Death Star run in a Star Wars game. The faster you get to the finish, the higher your score.

Maintaining speed is everything in Joy Ride, but finishing the race in first place doesn’t mean that you will earn a gold medal. Medals are only awarded if you beat the best time, which I found to be defeating. Placing is challenge enough, but unlocking gold medals requires extensive playing, memorizing shortcuts and boost zones, and not messing up once.

In the right modes, Joy Ride pumps out excitement. In the less desirable avenues of play, it only brings frustration due to its inability to deliver a full video game racing experience. A close approximation to racing in a market loaded with great racing experiences like Burnout, Project Gotham, and Forza just doesn’t cut it. 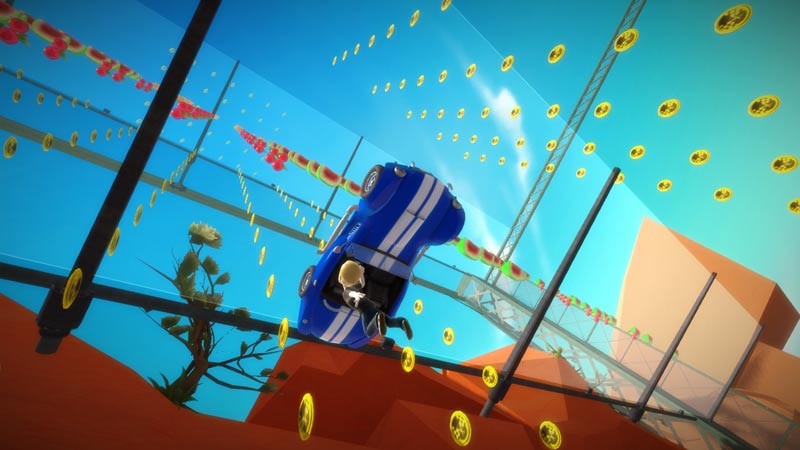 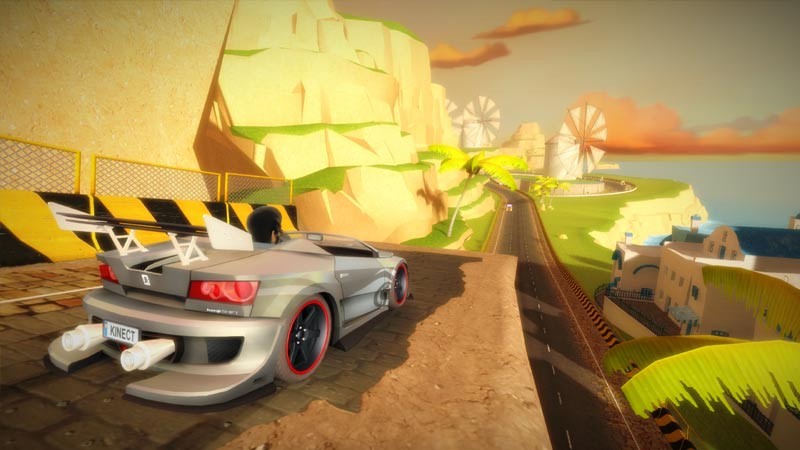 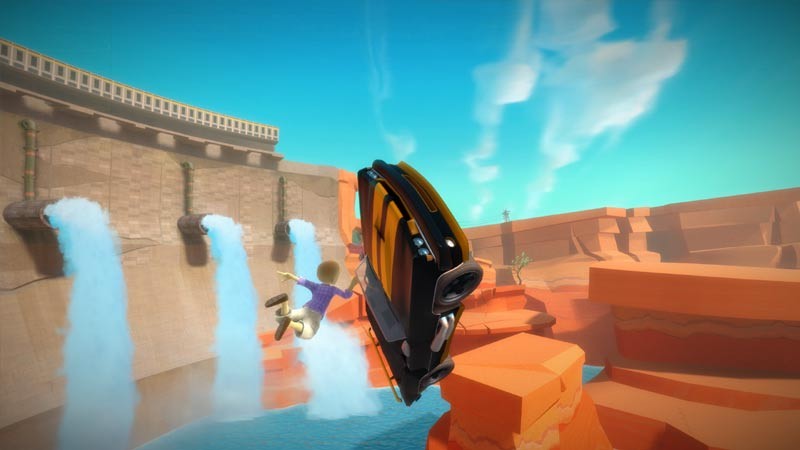 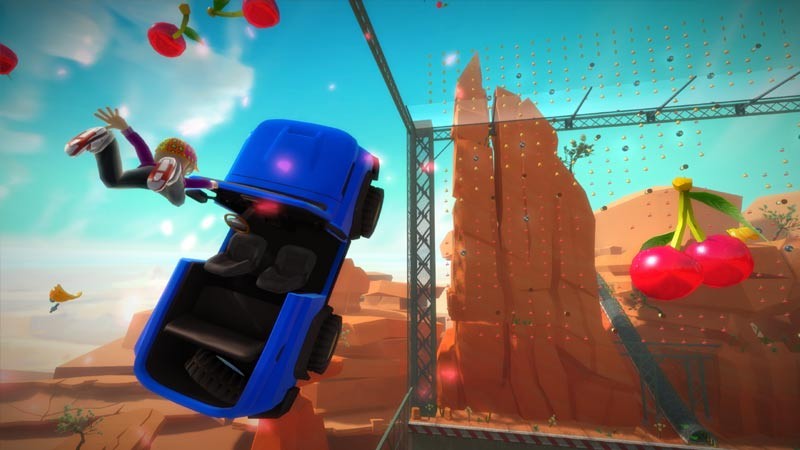 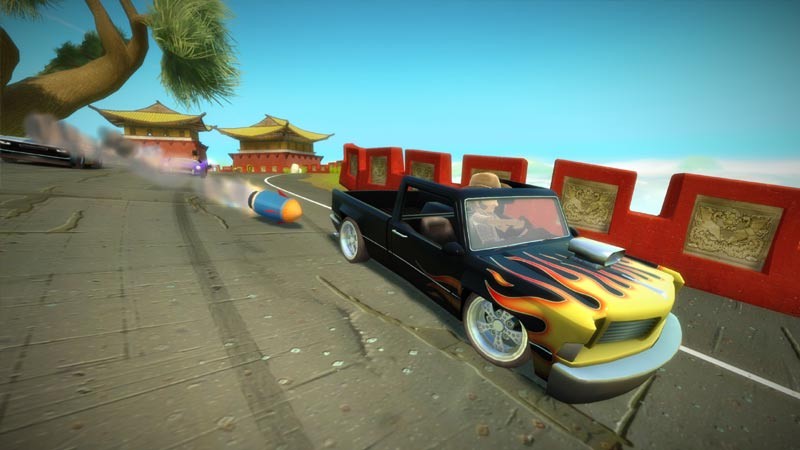 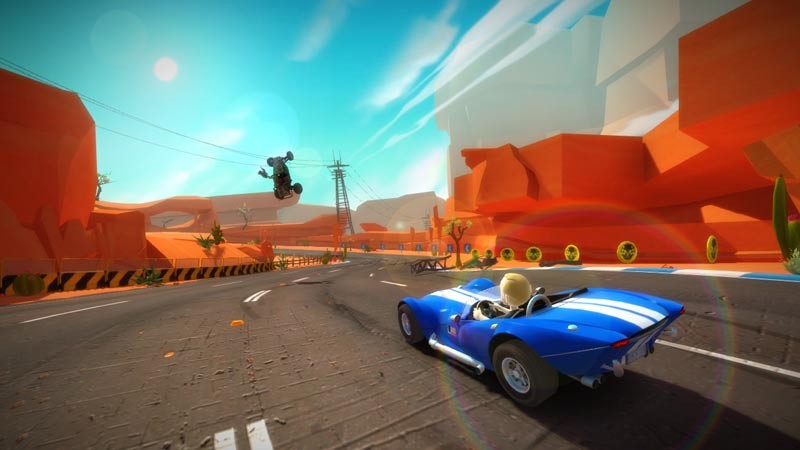 7
About Game Informer's review system
Concept
Racing without the fuss of braking or accelerating…or strategizing
Graphics
The environments are reminiscent of an old Road Runner cartoon. I should also point out that avatars don’t use seatbelts
Sound
Generic beats and mundane vehicle sounds
Playability
Does a great job of reading basic movements, but not having the option to change speeds removes a fundamental aspect of racing
Entertainment
Loaded with content, but the thrill doesn’t match what a controller-based racer can give you
Replay
Moderately High