Like repeated shots of adrenaline, Killzone 3 juices you up and pushes you into chaos again and again. This newest installment fulfills the promise of the franchise through action-packed set piece encounters, electrifying gameplay, and surprising environments. While Guerilla Games still struggles to find a sense of pacing, and storytelling largely consists of people shouting incomprehensible things at each other, it’s easy to ignore the paper-thin plotting given all the shrapnel and gunfire zooming past your head.

The game picks up right after the finale of Killzone 2. Sev is standing by Rico despite his moronic decision to martyr the Helghast’s supreme leader. Now, the ISA troops are caught behind enemy lines on the hostile planet. While the story follows a few meaningful threads, every emotion and moment is ratcheted up to such an extreme that it’s hard to know what to care about. Some characters shout every single word of dialogue they speak, and that sense of constant insanity carries over into gameplay. Most of the game runs with the amp turned to eleven, so when the cool explosions, deaths, and plot reveals happen, they don’t carry the impact they might otherwise have had. That said, as I mentioned in my review of Killzone 2, it’s hard to complain too much about high-octane action in a sci-fi shooter.

The Motion Factor
As the first true test of Sony’s Move controller for dedicated gamers, Killzone 3 doesn’t just pass the bar. It leaps far above it. Playing the game with the new peripheral feels natural and enjoyable, and at times offers an even better gaming experience than a traditional controller. Guerilla managed the task by designing with the Move in mind. Fun rail shooting sequences, well-designed static battlefields, smart button mapping, and excellent customization options all contribute to a fun all-around play experience. Tack on the excitement of feeling like you’re actually aiming the gun and pulling the trigger, and Killzone 3 makes the best argument I’ve yet seen for the viability of motion controls in a high intensity game. A few pieces of advice: Don’t be afraid to recalibrate when aiming gets wonky, beware arm fatigue during long sessions, and turn off the vibration functionality for the sake of your precision and sanity.

The gameplay that accompanies this bombastic plotline is taut and thrilling. Gunplay exchanges are fast and merciless; it’s hard to find a safe place to hide amid the crumbling walls and shattered vehicles of Helghan. Enemy AI is brutal even on the default difficulty, and will happily shoot you to hell for a momentary lapse in positioning. The game rewards an aggressive approach to the battlefield; players that can clear the area quickly before the enemy digs in will win the day. At the same time, cover is essential as you hurry forward. A balanced game of offense and defense is a must. The great selection of weapons is a lot of fun, though most players may stick with the excellent ISA assault rifle for much of the game. My favorite addition is a high-power missile launcher with an alternate fire that calls down artillery strikes.

As you hop from one battlefield to the next, Guerilla does a great job of breaking up the action. From mech and other vehicle sections to some of the best aerial rail shooting sequences I’ve ever encountered, the plentiful short exchanges help keep things fresh. The jetpack in particular makes you feel powerful and dangerous without unbalancing the combat. One of the best parts of the game comes halfway in, when a brief stealth sequence is punctuated by frightening action moments any time you get spotted. A few more variations in tempo like that, and the broader pacing problem in the storytelling would be solved. Technically, Killzone 3 reaches a new benchmark for which other games should strive. The graphical fidelity is high despite the overload of activity taking place onscreen at any one time. It’s a visual smorgasbord of action and lights, filled with oversaturated colors that are likely a response to critiques that found the earlier games too drab. Stack on all the independently moving characters and vehicles, and the game is a sight to behold.

The visual splendor and tight gameplay carry over into an excellent multiplayer component. The class and leveling mechanic offers customization options, but the real enjoyment comes from the objective-based game modes, which task teams with completing goals across vast battlefields. The best of these game types include interstitial cutscenes that move the mission forward, starring the best players from the group. Players more familiar with whittling away space marine energy shields will be in for a shock at how fast a duel can go down; if your preference is that momentary thrill of trigger finger against trigger finger, you should be pleased.

All the other ingredients are in place for a blockbuster shooter. The great controls are responsive and customizable, even with the new Move alternative (see sidebar). A bot mode lets players familiarize themselves with multiplayer maps before going online. Two-player local co-op lets you enjoy the campaign with a friend, though it disappointingly lacks online support. The game even packs impressive stereoscopic 3D if you happen to have the necessary display.

Killzone 3’s shocking and abrupt campaign ending serves as a suitable wrap to Guerilla’s extended war-themed trilogy. Even if it is a conclusion of sorts, Killzone 3 stands on its own. The franchise has always fallen just shy of greatness for me. This time, there’s plenty for any action gamer to dig his or her teeth into. 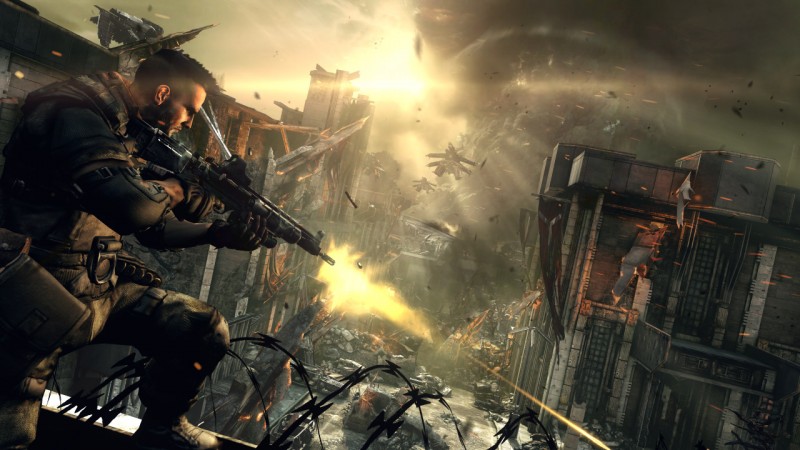 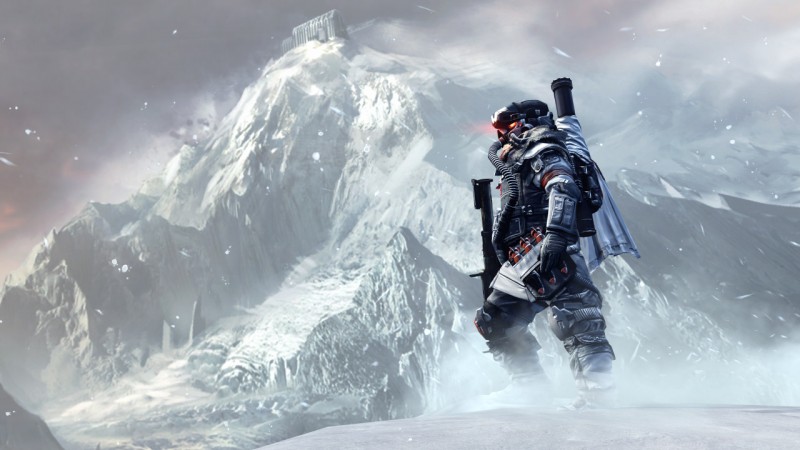 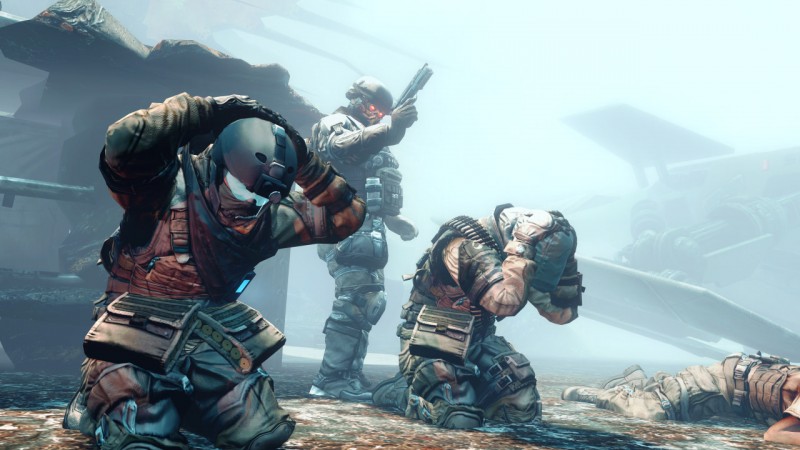 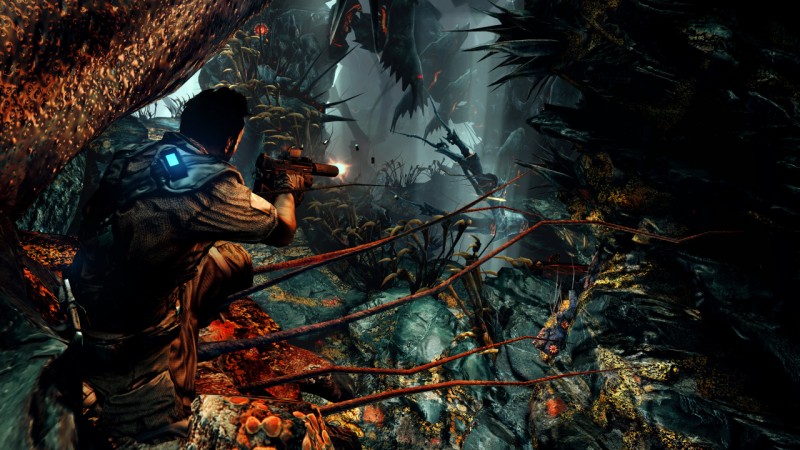 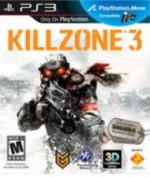 Whether you use a traditional controller or Move, Guerilla Games delivers the best entry yet in its sci-fi shooter franchise.

Purchase More Info
9
i
Game Informer's Review System
Concept Survive behind enemy lines from one explosive first-person battle to the next
Graphics More action unfolds across the screen than any comparable game, and it all looks gorgeous in that “demolished by the ravages of war” sort of way
Sound A phenomenal soundtrack is buried beneath overly intrusive sound effects and shouting. Adjust your audio levels accordingly
Playability No matter your control scheme, Killzone 3 feels intuitive and responsive
Entertainment With its latest installment, the franchise gives the other big shooters a run for their money, and adds fantastic motion controls to the mix
Replay Moderate