The idea of slaughtering dozens of zombies has lost its novelty over the years, but it still remains a satisfying way to unwind. Their broken bodies are ripe for guilt-free dismemberment, and their vast numbers are a great showcase for whatever overpowered weapons developers toss at the player. Killing Floor 2 takes its cues from innovators like Left 4 Dead, but the result is more than just a reanimated corpse of games that came before.

The core setup is simple: You choose a character and a perk (essentially a class), pick a map, and then start killing zombies. After you rip through enough of them, the wave ends and you get a short respite to stock up on ammo and weapon upgrades. The relief is only temporary, however, since the next wave is always right around the corner. Last through the final wave, and you face a boss zombie – a super-powered beast designed to smash you and your squad into the dirt. The formula seems straightforward, but I found a lot of meat on the bones.

You have 10 different perks to choose from, each of which is tailored to a specific way of playing. Support characters excel at using shotguns and other medium-ranged weapons, and they can also give their squadmates some extra ammo once per wave. If you prefer more distance between you and those shambling piles of rotten flesh, you might consider the sharpshooter. I gravitate toward support classes, so I spent the bulk of my time with the field medic. Even though it’s geared toward healing teammates, I found it the class to be a lethal partner in battle. Healing grenades release a cloud of vapor that restores allies who walk into it, while causing damage to the undead. Playing with a well-balanced group of six is a lot of fun, as is seeing how the various roles complement one another. Going solo isn’t quite as engaging, but it’s still an enjoyable option if you can’t round up a group.

As everyone knows, the best way to kill a zombie is to take out its brain. Popping heads is easy and rewarding, thanks to the nicely tuned controls and weapons. Some of the zombies are more resilient than others, but aiming for the brain is almost always a quick solution to whatever zombie problem you’re facing. You can also blast (or chop) limbs off if you’re so inclined, and Tripwire has lovingly modeled your enemies’ squishy interiors as well. Those moments are highlighted in delirious detail when the game kicks into a cinematic slow-motion mode, typically activated when you or one of your squadmates is doing well. There, you can plan your shots and fully appreciate all of the viscera – as well as some unfortunately awkward animations when the zombies magically hop over small obstacles.

The zombies come in 10 flavors, too, and they also work together to create a grotesque synergy. Ordinarily, a large group of zombies is a perfect target for a grenade. That plan falls apart when a Siren is in their midst, and she lets loose a grenade-deadening scream. Whenever I was pinned by a mob of Cysts – the run-of-the-mill enemy type – a poison-spewing Bloat or fireball-flinging Husk were inevitably close by, giving my healing syringe a workout. Situational awareness is critically important, whether you’re taking on the horde solo or in a squad of six. You know those moments in zombie movies where some dummy backs himself into a corner and gets swarmed? You experience that first-hand if you’re not careful. Since you’re not a parkour expert in this game, you can’t jump your way out, either. I found it frustrating at first, but once I got accustomed to Killing Floor 2’s unforgiving nature, it became much more rewarding. Success in battle helps to keep you alive, too, in both the long and short term.

You earn cash (“dosh,” in the game’s weird parlance) by killing enemies. Once a round is successfully completed, there’s a mad dash to the Trader Pod to refresh supplies. These automated kiosks are scattered around the maps, but only one is active at a time – a clever way to discourage players from turtling around an area for the duration of a match. A nice blend of powerful weapons is available, though you have to keep an eye on your carrying capacity; try to haul too much around, and it slows you down. For the lazies out there, you can also have the game automatically handle your purchases, an option that I found worked well overall.

You need to shop if you hope to defeat the pair of bosses. Both of them hit hard and can heal, but they require slightly different tactics. The Patriarch has a missile launcher and machine gun, and he can also cloak. Hit him enough, and he retreats to lick his wounds. Dr. Hans Volter prefers to stay close, hitting squads with poison attacks and leeching the life from anyone unlucky enough to get within his grasp. The boss A.I. isn’t particularly great, and larger squads can easily outsmart these saps by spreading out. The game attempts to increase the difficulty in these encounters by turning them into larger bullet sponges as the player count rises, which makes them feel tedious when you’re in a full six-person group.

Over the long term, you accumulate XP that goes toward your character’s development. Depending on your perk, you get bonuses for doing what you’re designed for. Field medics get bonus XP for healing, while gunslingers get extra credit for headshots. You’re pretty fragile at first, but as you incrementally level up, you gain passive bonuses that help your survivability. Additionally, you can earn more powerful upgrades at various increments. For instance, as a field medic I could choose to have 125 health instead of the stock 100, or increase my damage resistance the more damage I took. Once these are unlocked, you can swap between them before matches, so you aren’t permanently locked into a decision. “How’d this zombie stuff happen?” is usually an unanswered question in zombie fiction, and that tradition holds true in Killing Floor 2. It has no campaign to speak of, and the maps don’t offer up much in the way of an overarching narrative, either. Instead, you’re stuck in the aftermath of an outbreak, which takes you from a flaming downtown Paris to infested catacombs, subway tunnels, and a prison. The maps offer impressive variation, even if the core gameplay is the same. In most interior spaces, you can choose to weld down certain doors – a boon for controlling choke points, but at the risk of trapping your squad if things go south. A forest area doesn’t provide those opportunities, but the open spaces give your team plenty of space to run. The same can’t be said for a claustrophobia-inducing farmhouse and its accompanying barn, which can grind you to a bloody pulp if you don’t effectively monitor its various hallways. I didn’t mind the lack of a story, since this game’s focus is on repeatable fun over delivering an important message about the nature of humanity.

Players can choose the number of waves and difficulty, but the options are limited beyond that. An additional mode splits teams into zombies and survivors, giving one team a chance to play as the zombies – complete with their various special abilities. It’s an amusing diversion from the core game, but I didn’t find it as compelling over the long term.

Zombie fans have a lot of options out there, but they shouldn’t overlook Killing Floor 2. It’s a fun way to spend a few evenings, or as a deeper alternative to Call of Duty’s zombies mode. Even though you’ve probably seen much of what it offers already, it’ll have you cackling as you paint the walls red with a few of your friends. 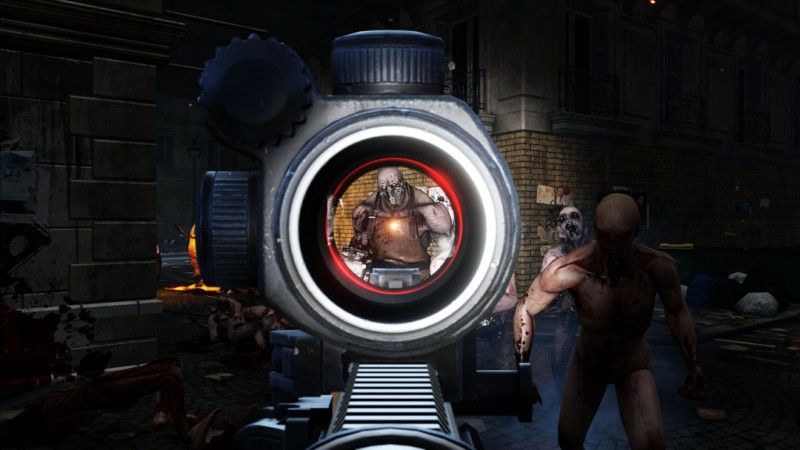 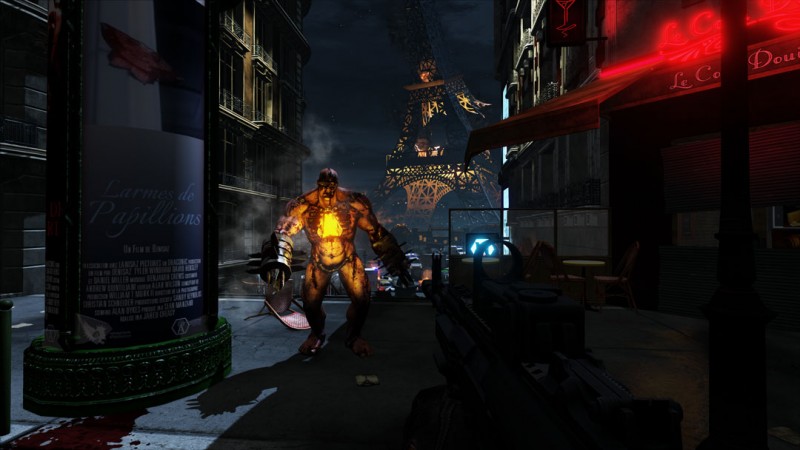 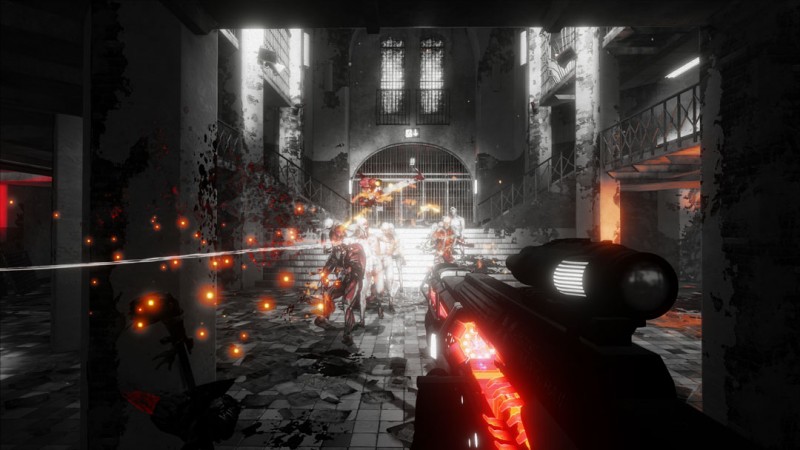 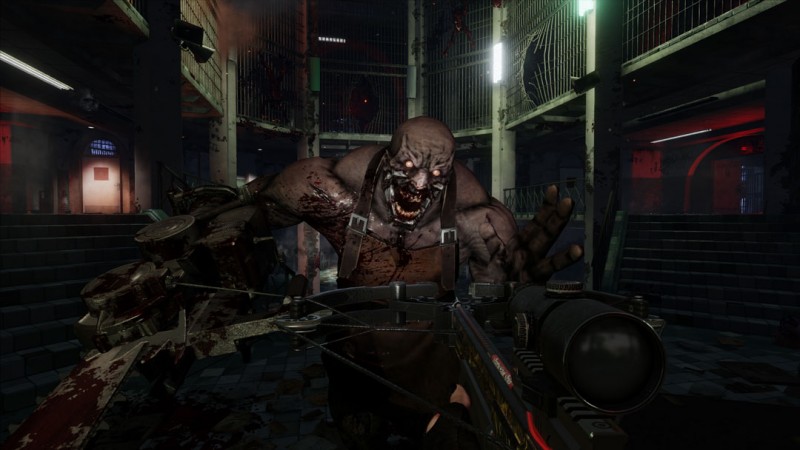 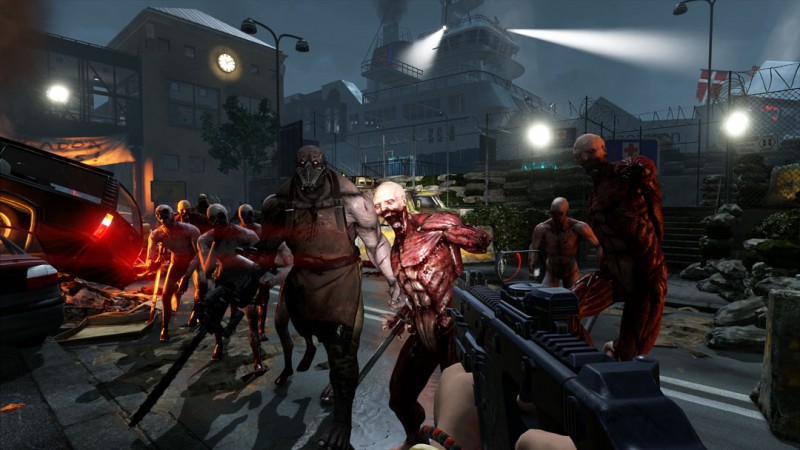 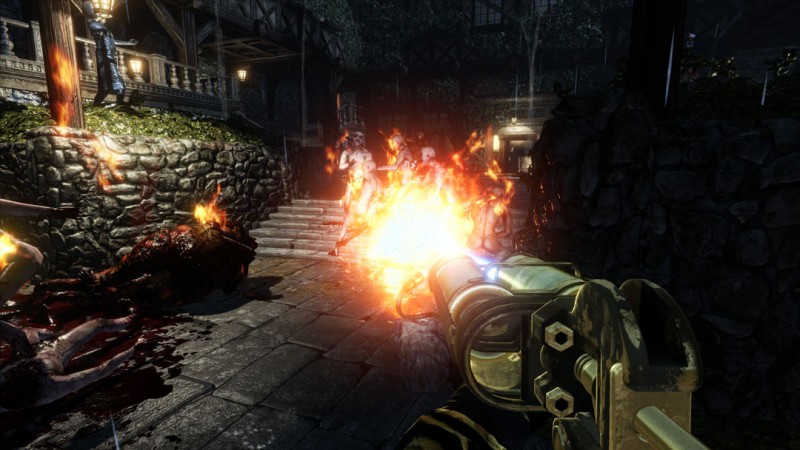 7.75
About Game Informer's review system
Concept
Squad up and kill waves of zombies
Graphics
Environments are richly detailed and interesting, and enemies are suitably grotesque – inside and out
Sound
Guns have a satisfying pop, and the energetic soundtrack keeps your blood pumping during the gameplay lulls
Playability
Perforating zombie skulls is a breeze thanks to the game’s tightly tuned gunplay
Entertainment
It may not offer dozens of modes, but Killing Floor 2 is a solid, straightforward horde-based shooter
Replay
High 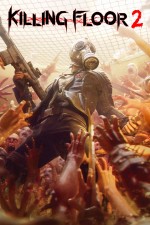