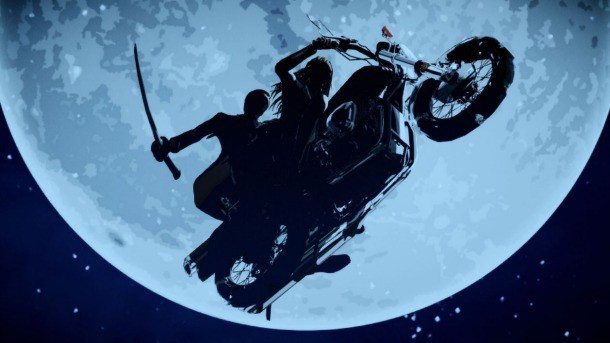 Games from Grasshopper Manufacture are difficult to wholeheartedly recommend. The studio, guided by Goichi Suda (a.k.a. Suda 51), creates stylish and cool experiences that defy easy explanation and classification. However, they always seem to come with trade-offs – thorns of concept and execution that make it difficult to fully appreciate the good stuff. If you were hoping that Killer is Dead would break this trend, you should reevaluate your expectations.

I had the most fun with Killer is Dead in the heat of combat. Players control Mondo, a hitman with a cybernetic arm who artfully slashes his way through enemies from the moon. His repertoire appears to be shallow at first, since you generally mash a single button to attack. Though the combo system isn’t as involved as last year’s Lollipop Chainsaw, the depth comes from dodging and responding to enemy attacks while chaining attacks together. Once you perfect the timing, combat feels less like button-mashing and more like a precisely choreographed fight scene. Performing a flawless evade and rushing in for a counterattack makes you feel like the elite government assassin Mondo is supposed to be…when everything is working the way it should.

The high-contrast art style lends a cool flair to characters and environments, but works against you on the gameplay front. Telegraphed enemy attacks are easily lost in a black sea of environments and character models, making it difficult to read the action. Abundant screen-tearing and the lack of a lock-on don’t help, and the camera angles are frustratingly uncooperative. Mondo and his enemies are often obscured in critical moments, making it difficult to perform with the precision required.

Most of the 12 missions culminate in boss fights, but unlike No More Heroes, these fights aren’t much fun. Multi-phase foes with several life bars provide standard (but longer) fights, so they are primarily interesting from a narrative perspective. Characters like a sentient train, a would-be king on the moon, and a woman who haunts dreams are all interesting confrontations in the context of the story; the episodes have individual arcs in addition to tying into the larger tale, so the boss fights are often the culmination of the smaller plots that have been developing.

As far as that larger story is concerned, here’s all I can say: Just because I expect a story from Suda 51 to have a bunch of crazy nonsense doesn’t make it any less disappointing when the basic pieces of the plot never fall into place. The style is there, but Killer is Dead is sorely lacking in substance – a fault of poor characterization and insufficient explanation in equal measures.

Even more troubling than the unsatisfying narrative is a set of side tasks dubbed “Gigolo Missions.” These involve a minigame in which Mondo goes on dates with women, then tries to stare at their chest and legs while they aren’t looking. You can even get a pair of x-ray glasses that lets you see their underwear through their clothes. Once you’ve stared long enough, you give the ladies presents, and they reward you with additional weapons and increasingly graphic sex scenes.

Everyone has different thresholds for what they consider offensive, but the whole gigolo thing is just embarrassing. The women aren’t even characters – they’re just awkward, wooden sexbots that repeat inane phrases as you ogle them.  While these missions are technically optional, they are the only way to obtain three of four possible sub-weapons, and it feels weird to make players choose between having an optimized character and not being a pervert.

Killer is Dead is intriguing – despite a mounting pile of evidence showing that it should be terrible. The characters and story are so outlandish and bizarre that they are fascinating – but the nonsense and clunky mechanics never coalesce into a satisfying experience. It lures you in with the promise of something unique, then botches the execution.

6
About Game Informer's review system
Concept
The studio behind Killer7, No More Heroes, and Lollipop Chainsaw brings you the story of an assassin and a bunch of crazy stuff from the moon
Graphics
The stylized visuals would work great for a TV series, but the high contrast presents gameplay problems
Sound
I like the music, but some of the characters (like your sidekick Mika) have awful and annoying voices
Playability
Technical issues prevent combat from realizing its potential
Entertainment
The focus on evasion and countering elevates the action above the average hack n’ slash. Virtually everything else about the game drags it down
Replay
Low 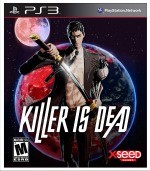