One of the chief creative voices at thatgamecompany, Jenova Chen, once described his earlier game, Flower, in an intriguing way. He said it was to big disc-based games what poems are to novels. I can find no better description to apply to his follow-up, except to say that if Flower was an abstract haiku about the fragility of nature, Journey is a narrative ballad defined by discrete images and places. Journey offers players a brief but memorable glimpse into another world, and through the confluence of music, images, and play, a quiet meditation on solitude and the interconnection of people.

As you might expect, a lot of what makes a game called Journey so engaging is the slow unraveling of mystery as you learn more about where you are and what you’re doing. To that end, I’d be spoiling things to describe too much. It’s enough to say that you play an unnamed red-cloaked figure who finds him or herself in a vast desert as the game begins. The only landmark in sight is a distant glowing mountain peak that serves as your destination. Along the way, you’ll uncover secrets and slowly increase your ability to navigate freely through semi-permanent pick-ups in the world. Simplistic puzzles bar forward progress, mostly built around learning the properties of the world and the creatures that live within it. Most of the time, you’ll be pushing forward across the sands, or flitting over it like a leaf in flight as your character grows more agile.

As the journey unfolds, a cryptic tale reveals both a backstory to the world and its many ruins, and some semblance of who you are and why you’re traveling to the mountain. Without words or text, this narrative remains up for interpretation through its conclusion and is likely to frustrate those looking for more concrete answers. The real story is about the places you visit as you travel and the sense of isolation the game evokes as you go.

Journey’s most innovative feature is the way it lifts that sense of loneliness through cooperative play. If you play online as you travel and come to a spot where another player is also exploring, you can interact with them. Join them as they continue, or split off and leave them behind. Take them to hidden secrets you have found, or solve a puzzle together. There’s even a simple form of communication – a sort of chirping call that can be used to “speak” back and forth. When playing together, you’ll quickly notice the way you can help to recharge each other’s energy, and by working together you’ll have an easier time moving through the world and its challenges. It’s not a subtle metaphor, but it is a powerful one.

I recommend playing the game both ways. That is, consider unplugging your online connection and playing by yourself at some point, and then plug in and find someone in the game world to join. It’s surprising how different the game feels based on your choice.

Journey is a visual stunner thanks to some remarkable sand movement technology and excellent animation work, both on the main character and the strange creatures encountered along the way. For a game all about dry, harsh deserts, the way things move in the world make everything feel much more like a vast ocean. The graphical beauty is accompanied by an equally breathtaking musical score, which responds to character actions and changes in location with ease.

The artistic and technical excellence of Journey make it worth your time, but no one should have illusions about uncovering a complex gameplay experience. I find no fault with simple, accessible design, but the lack of any real challenge over the course of the game lessens the impact of the journey’s conclusion – how am I meant to feel like I’ve just come through an arduous quest if nothing ever made me really think or work hard? In the pursuit of highly scripted moments of beauty, the game loses a sense of player agency and choice. At the end of the day, it’s a trade-off I’m okay with, but less linear pathing through the events might have increased my involvement in the experience.

If you judge a game solely by its complex battle systems, intricate puzzles, or branching upgrade systems, Journey is likely a disappointment. If you’re open to that often nebulous realm of how a game might elicit emotion and the artistic potential of interactive narrative, Journey is an absolute must-play. During the course of covering the game, I completed it at least three times, with one entire playthrough being with a partner. Each time, without fail, individual moments (particularly the final level) managed to give me goosebumps, and those moments have remained on my mind for weeks afterward. Give Journey the same attention you might bring to a musical concert, a well-directed film, or a long-awaited book, and its rewards are substantial. 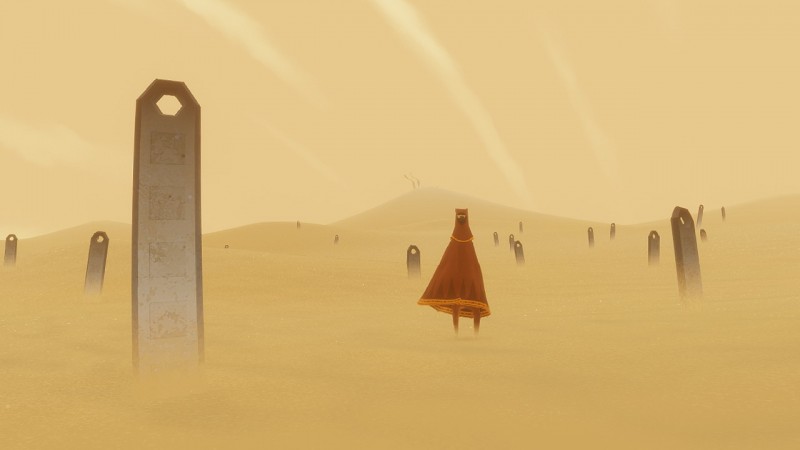 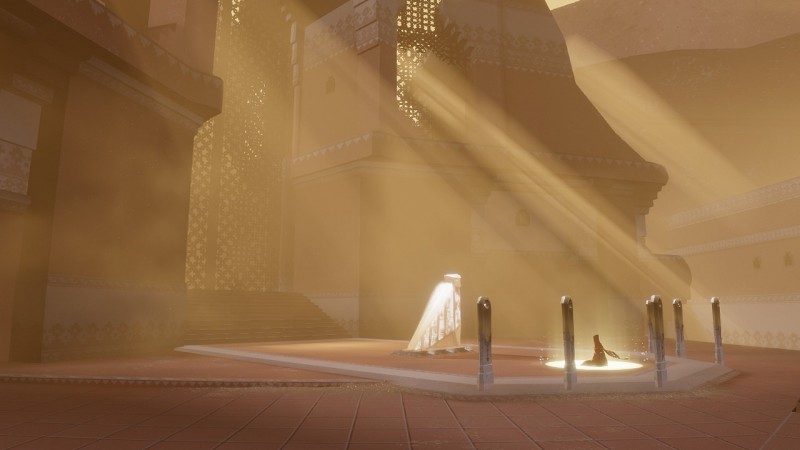 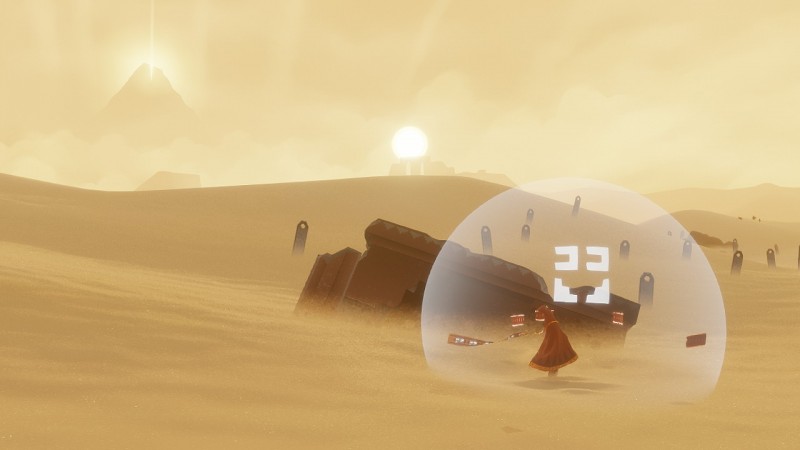 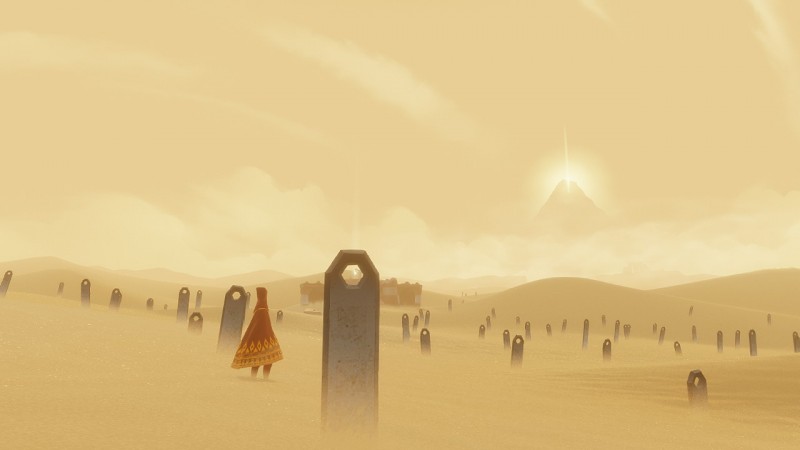 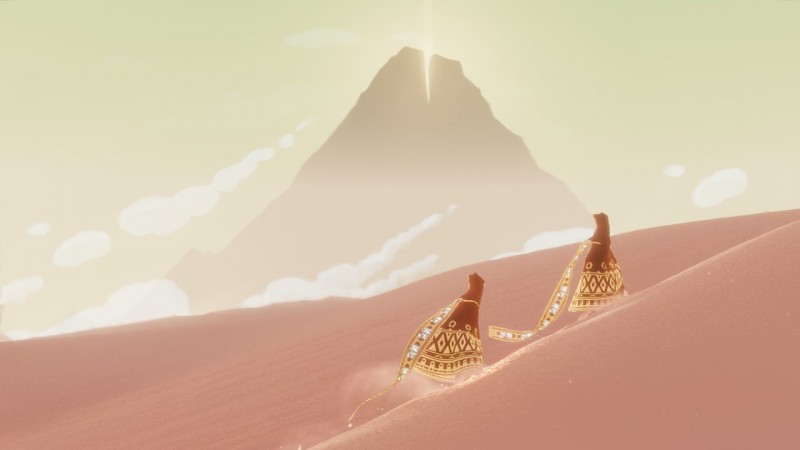 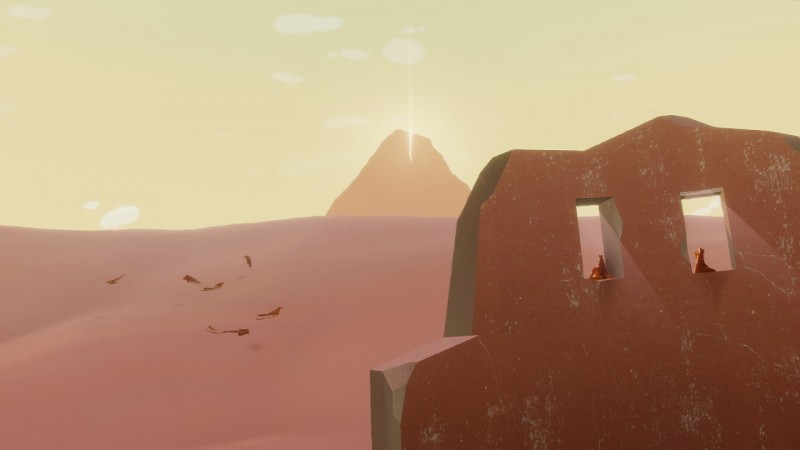 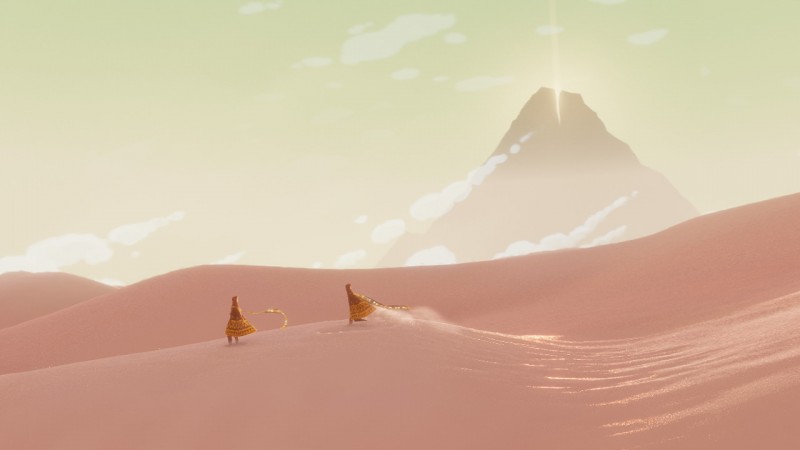 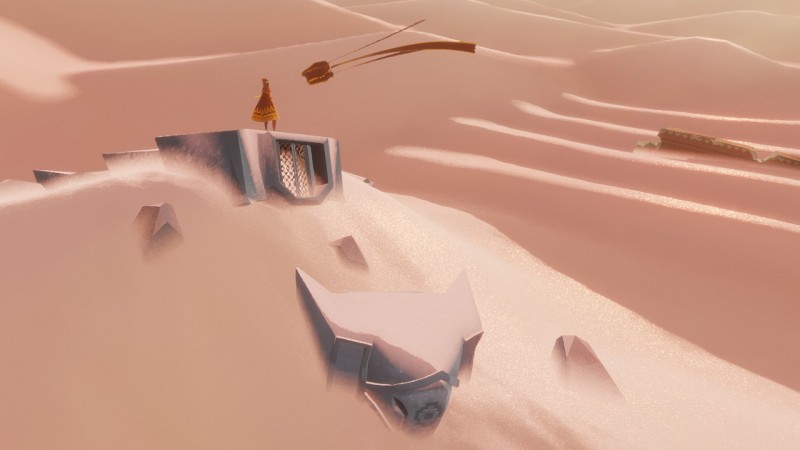 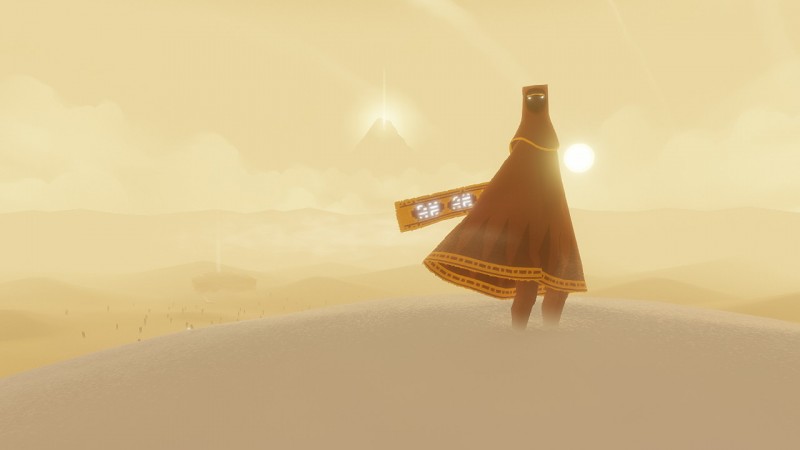 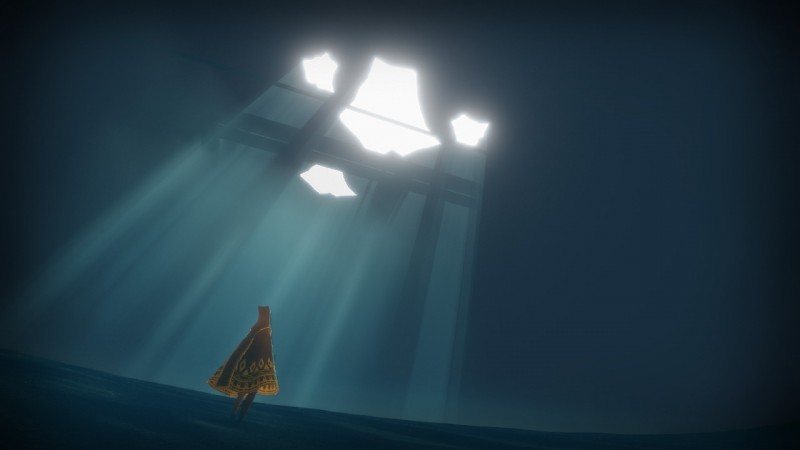 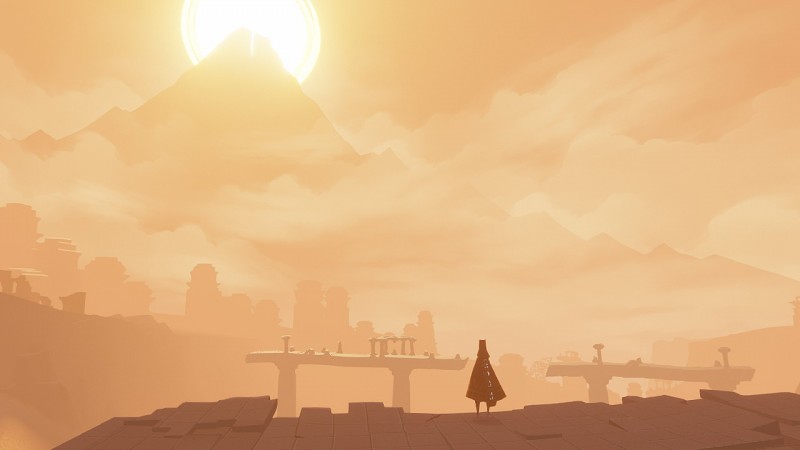 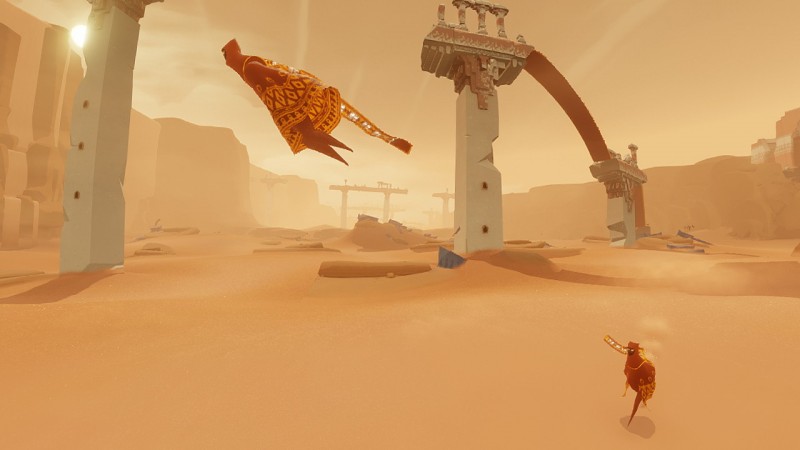 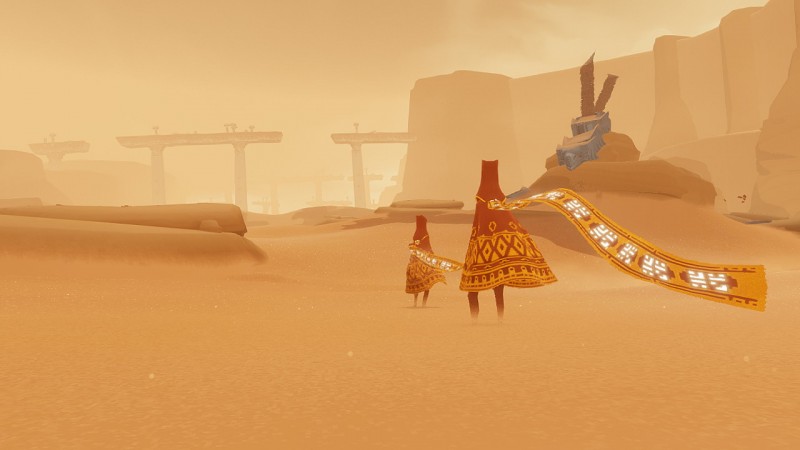 9
About Game Informer's review system
Concept
Cross the desert to reach a distant peak in a thoughtful and beautiful vision of another world
Graphics
Remarkable sand and character animation gives the game an uncanny sense of flow and movement
Sound
A standout musical score soars from triumphant highs to minimalist silence at all the right moments
Playability
Seamless and simple, players of any age could pick up and understand th
Entertainment
An artistic tour de force of limited interactive complexity
Replay
Moderately High