Jimmie Johnson's Anything With An Engine You don’t win five consecutive Sprint Cup championships without being able to adapt to whatever a NASCAR season and your competitors throw at you. Jimmie Johnson knows this – and he also knows how to race the wheels off a car or whatever else he’s sitting in. Perhaps it’s fitting then that his game is an amalgamation of controlled chaos, where the winner is the person who survives the power-ups flying all around them and summons the steely resolve to capture first place. Jimmie Johnson’s title knows the tricks of the trade, but it also fails to expand the kart-racing genre.

The game is at its most fun when you’re simply living in the moment. It’s got a good sense of speed, and the on-track diversions are paced well. The tracks themselves have a tongue-in-check, movie set feel (like the disaster-filled Calamity City), and there’s always something to dodge, pick up, or pay attention to. You acquire and upgrade weapons during a race by driving over on-track panels, and there are also separate panels that give you fan votes (that open up track shortcuts later on) and which can activate track events to trip up competitors ahead of you.

Although the racing itself isn’t anything you haven’t done before, it’s fun because the tracks are well designed and the AI cars are pretty good at using their mines, side shocks, missiles, and turbo boosts to their advantage. Racing on the higher difficulty levels can produce some maddening rubberbanding, but it’s all part of the kart-racing fun. Besides, a little strategic power up management and smart racing can still get you first place.

Anything With An Engine is not a super deep game, and the career structure of successive cups filled with events isn’t anything new. However, I did like the Matador races, where half the pack races in the opposite direction as the other half, and was pleased to find that the Endurance race type wasn’t a bore. Here you get points for where you place on each lap, thus you can win the race even if you put in some bad lap times over the course of a dozen laps.

Jimmie Johnson’s game isn’t the championship win that the man himself is probably accustomed to, but it’s a fun title that will have no problem fulfilling anyone looking to have a good time with a kart racer. 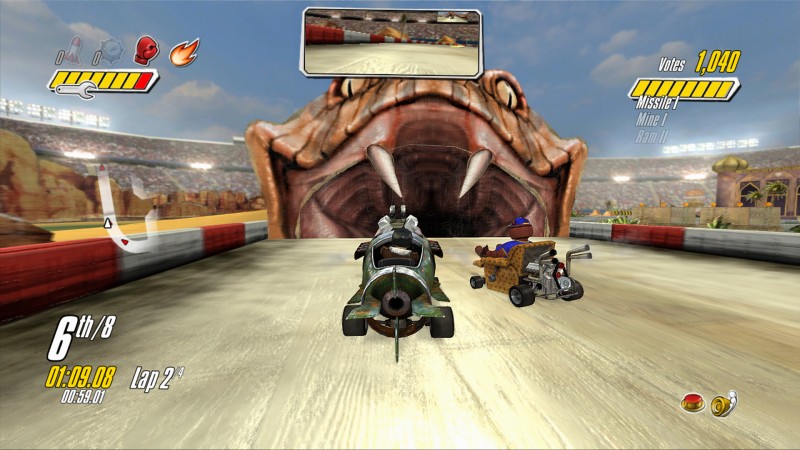 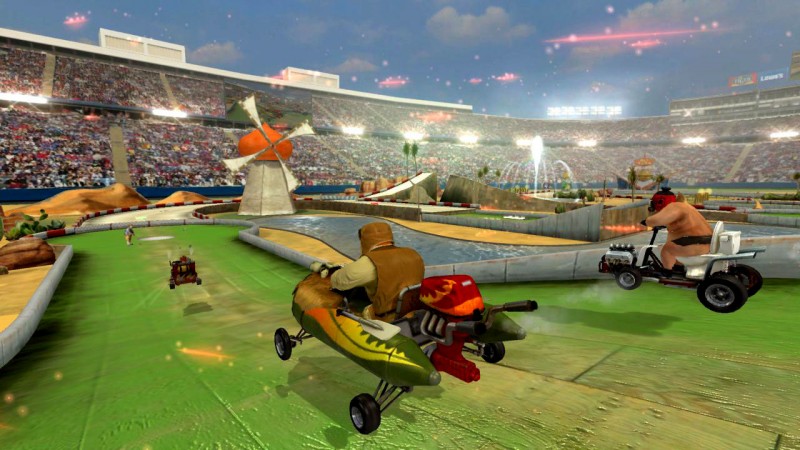 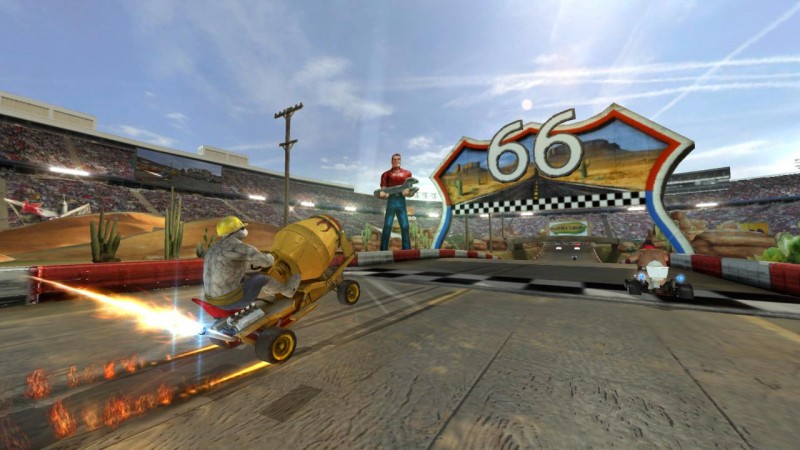 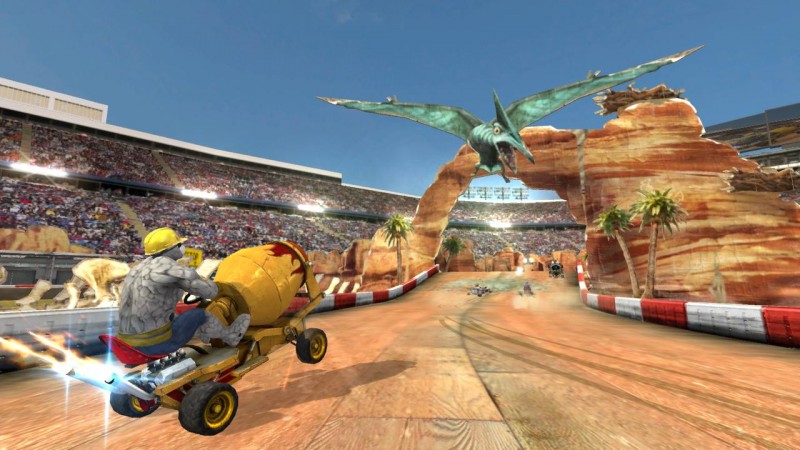 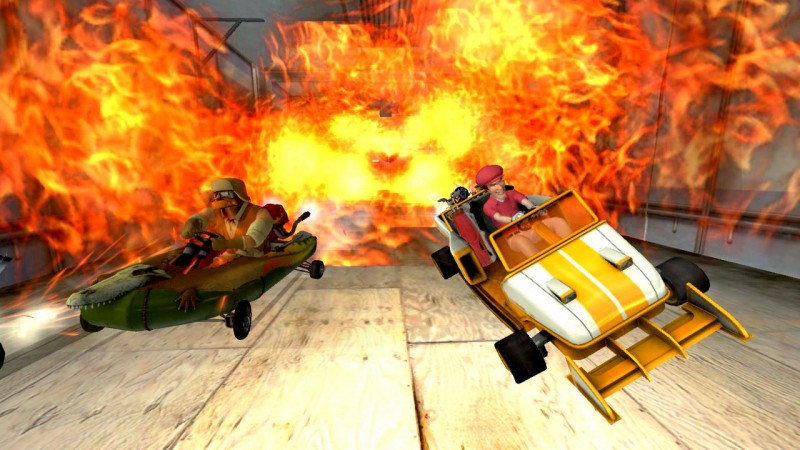 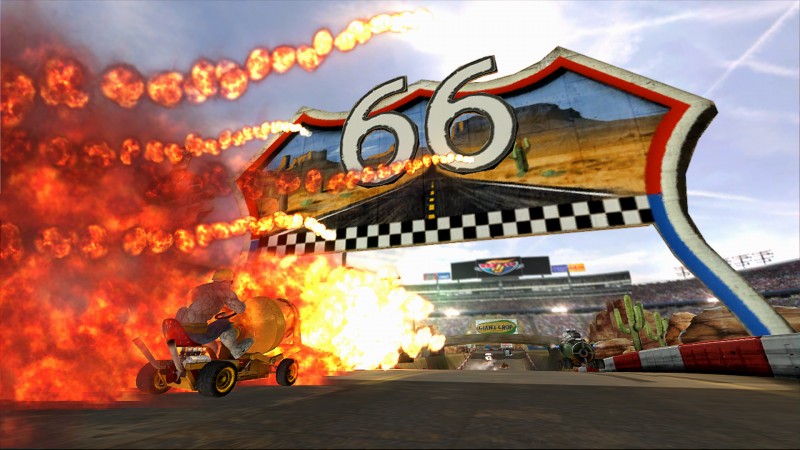 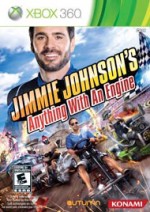 Jimmie Johnson's Anything With An Engine

NASCAR great Jimmie Johnson does anything to win, including a foray into the kart racing genre.

Purchase More Info
7.25
i
Game Informer's Review System
Concept The fact that Jimmie Johnson has his name on a kart racer isn’t the craziest thing about this game
Graphics It’s a pretty sharp-looking title for the amount of stuff going on and the speed of the races
Sound Jimmie provides his own voiceovers, but it’s all pretty forgettable
Playability I don’t like having to double-tap the right trigger to activate the turbo boost. It will fail you every once in a while
Entertainment The racing can get pretty wild, but overall the experience is ephemeral
Replay Moderate