Time makes a fool of us all, including old video games. While the 8- and 16-bit eras of gaming will always feel timeless, earlier generations of 3D games haven’t aged well. I’m old enough to have lived through all of the phases of gaming, but I don’t have a lot of nostalgia for the old days. While I’m occasionally surprised by how well an old favorite holds up (like the Jak and Daxter Collection), too often the games of the previous generations are lacking by today’s standards.

That’s the case with Jet Set Radio. The game is fondly remembered for its cel-shaded graphics and distinctive art style, which blended influences from graffiti art, raver style, and Japanese animation. The game features a group of in-line skaters who must grind the streets of a fictionalized Tokyo while tagging graffiti and avoiding the police and rival gangs. At the time, their urban style was cutting edge; now, they look a bit like anime versions of Seth Green’s character from Can’t Hardly Wait (a film reference that’s about as dated as this game).

The visuals and the soundtrack remain the highlights of the experience. It’s visually appealing, and the crisp lines look great in high definition. I’ve always liked cel-shading – the technique seems to age well. By placing an emphasis on defined borders on the figures and eschewing complex textures (which would now look ugly), cel-shading evokes that timeless quality that older, sprite-based games have. As for the soundtrack, the forward-looking mix of Japanese pop, dance music, and American hip-hop is as energetic and fun today as it was over a decade ago.

Sadly, Jet Set Radio’s gameplay is archaic and frustrating. Even at the time, the game paled in comparison to the Tony Hawk series. The impressive style, graphics, and sense of fun were enough to blind us. Today, it just feels poorly made. While the premise – explore the environment and tag graffiti spots – is solid, the moment-to-moment gameplay isn’t enjoyable. Your skater controls like a tank on ice skates. This lack of fine control is exacerbated by camera problems and the barely controlled chaos of the rampaging cops and urban traffic. Too often, you fall off a ledge just to be hit and carried off by a bus or run into an off-camera police officer. Grinding on rails is automatic, so you’re magnetically attached to the rail until you choose to jump off, which takes away the feeling daring and creativity that you get from coming up with lines in Tony Hawk. The graffiti tagging, which has you tracing movements with the analog stick, sometimes doesn’t register correctly, leaving you standing there as the police close in. The trick system is shallow and isn’t compelling in its own right.

The levels are ambitious. Collectible hidden icons and tagging spots require some aerial trickery to reach. However, when the base gameplay is dull and frustrating, there’s no fun in exploring the environments.

If you’re intent on reliving your Jet Set Radio memories, this is a quality re-release. In the interest of accuracy, I hooked up a Dreamcast and pulled a copy of Jet Grind Radio from the GI game library. The difference is remarkable. The graphics on the older version looked shockingly bad compared to this new HD version, which is important for a game that puts style above all else. The developers also added camera control to the right analog, which partially alleviates (but doesn’t come close to fixing) the camera issues that plagued this game originally. For fanatics, there’s a fairly interesting making-of documentary about the game in the bonus features.

While Sega clearly put some effort into this reissue, an HD coat of paint can’t correct the Jet Set Radio’s fundamental control flaws and repetitious design. I’m sure this sounds like heresy to Dreamcast faithful, but it’s the truth: This game wasn’t that good in the first place. 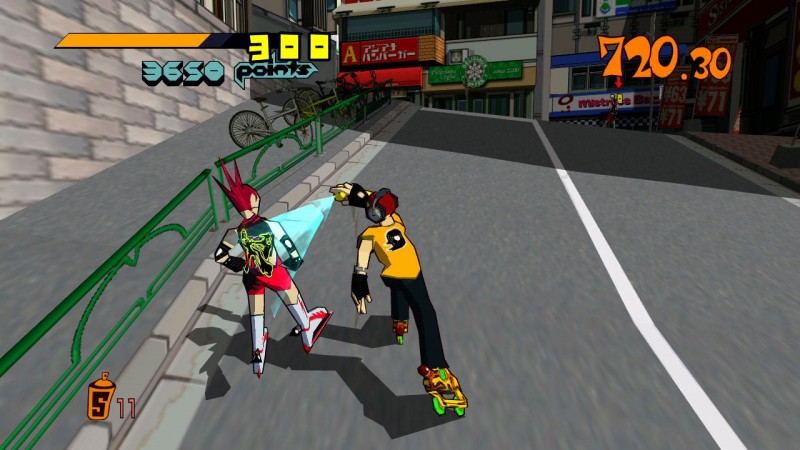 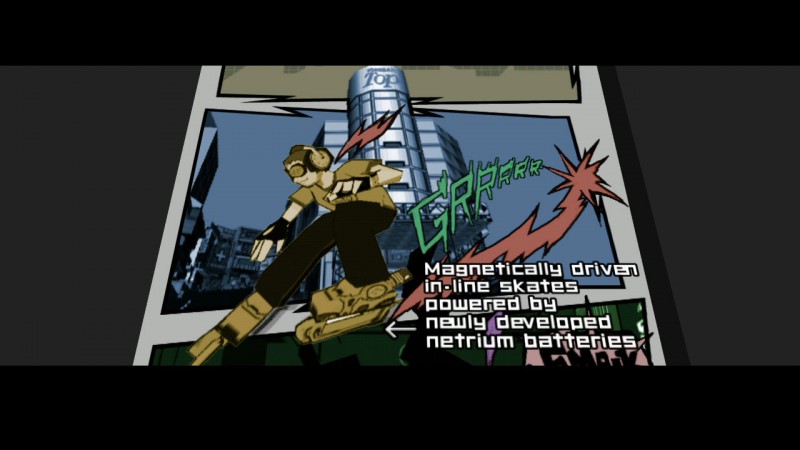 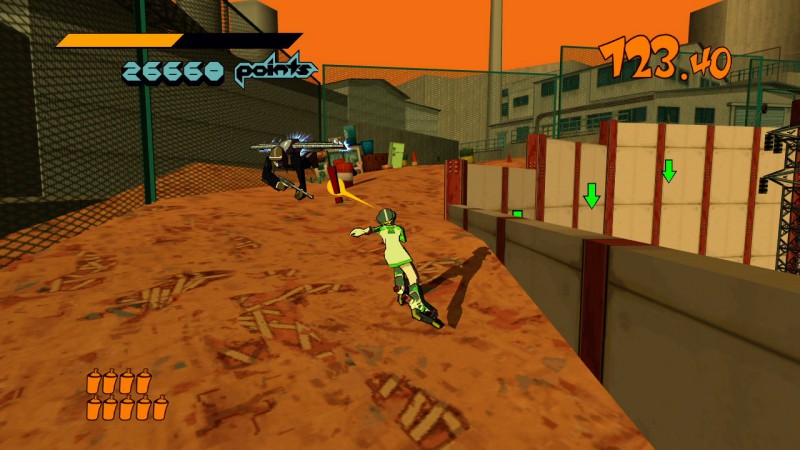 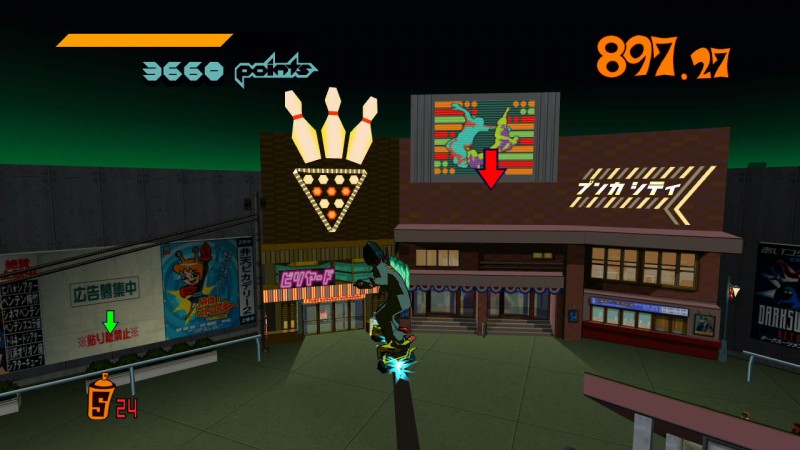 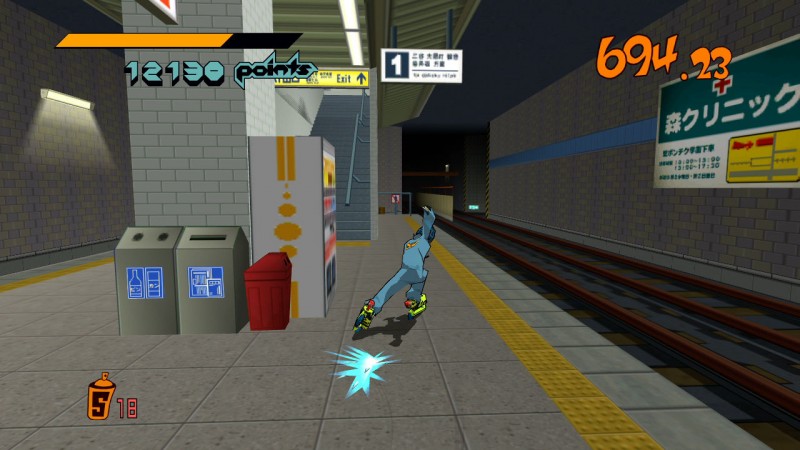 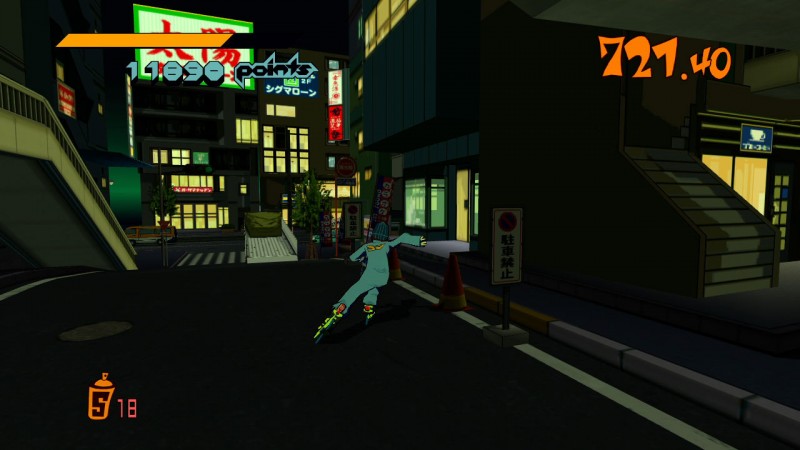 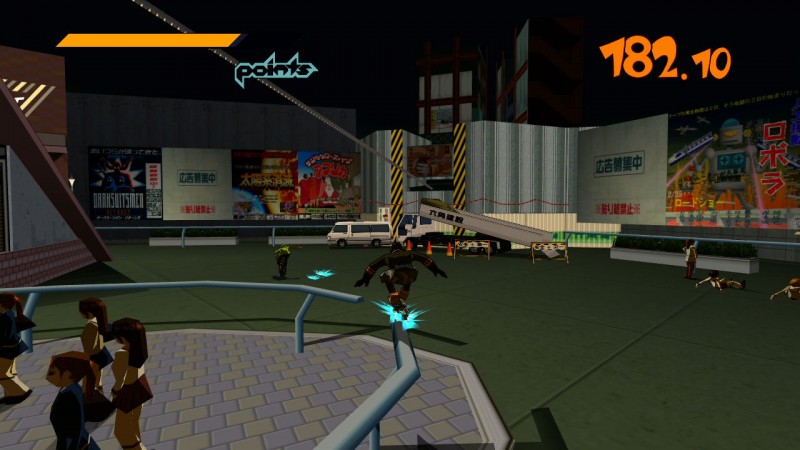 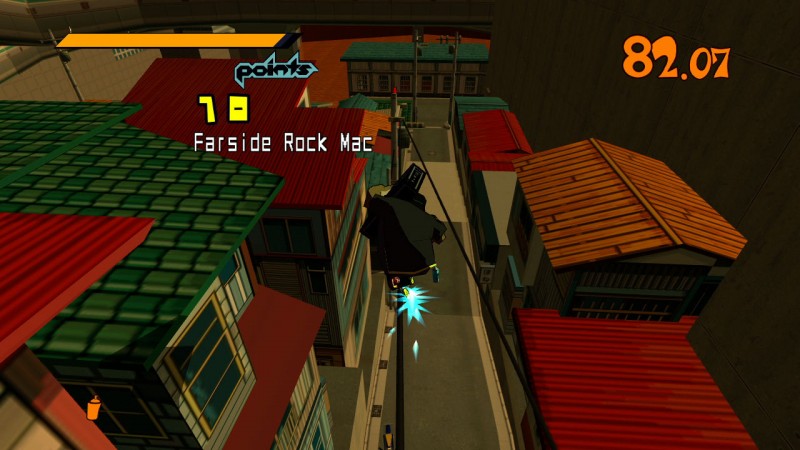 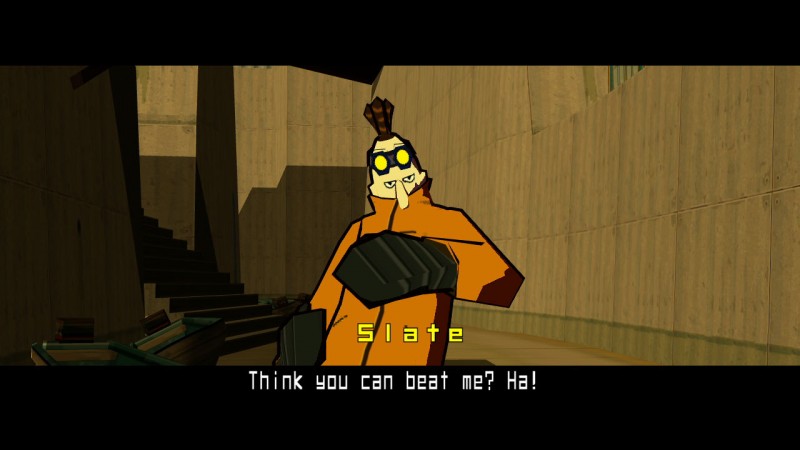 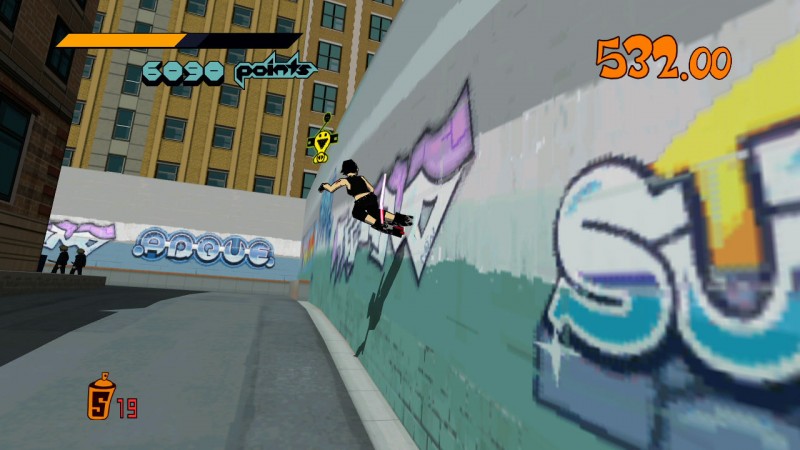 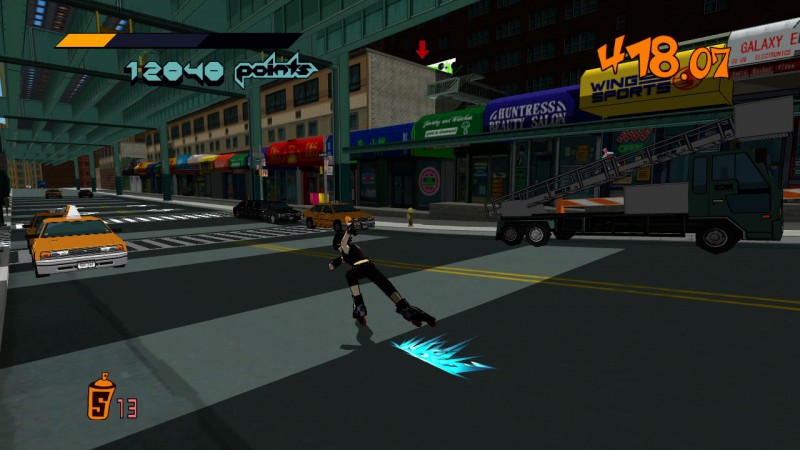 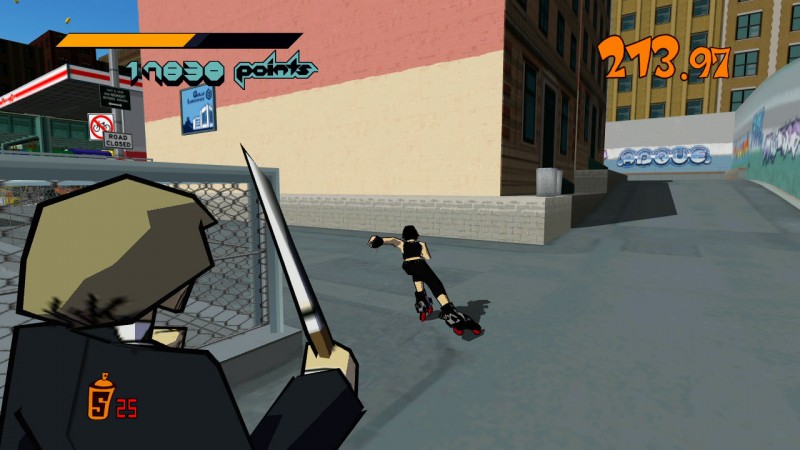 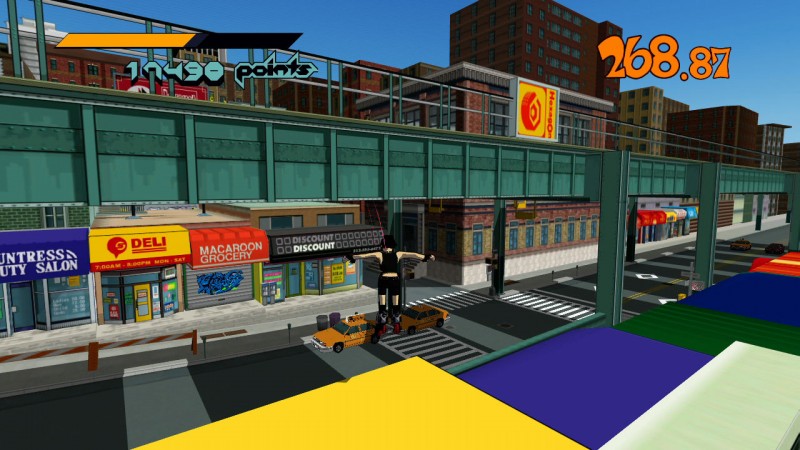 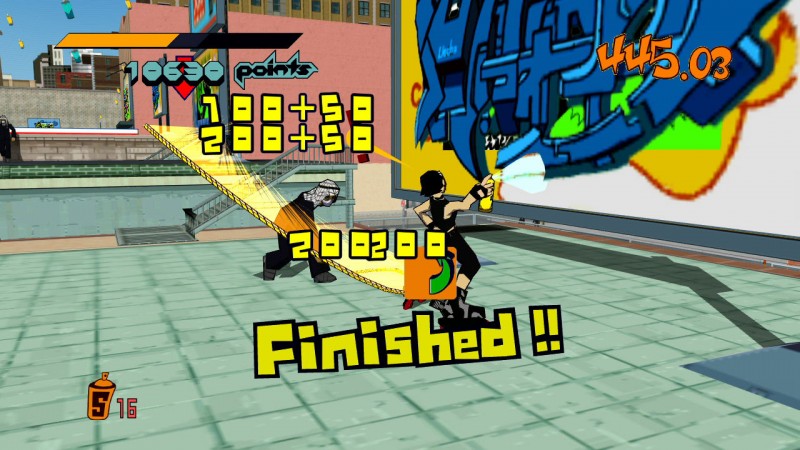 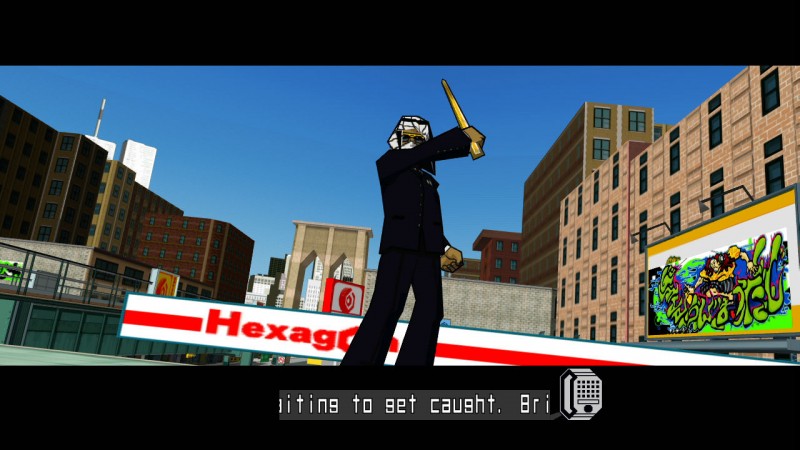 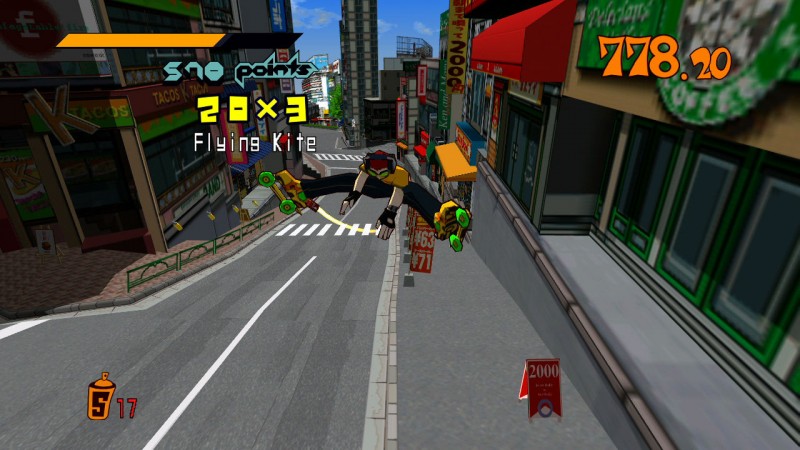 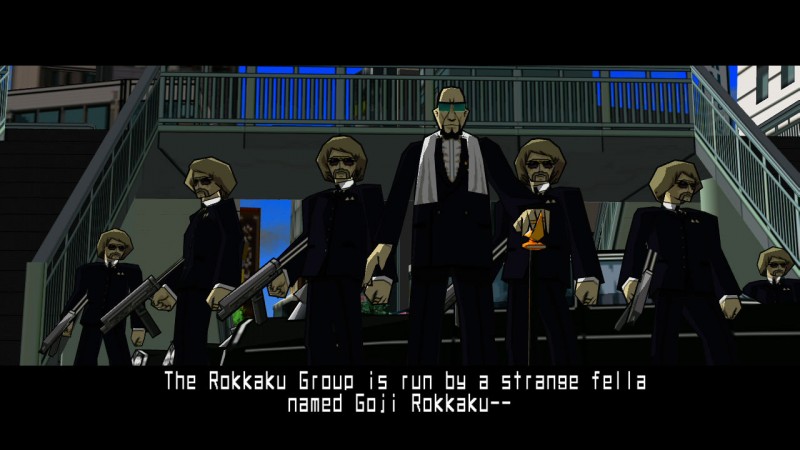 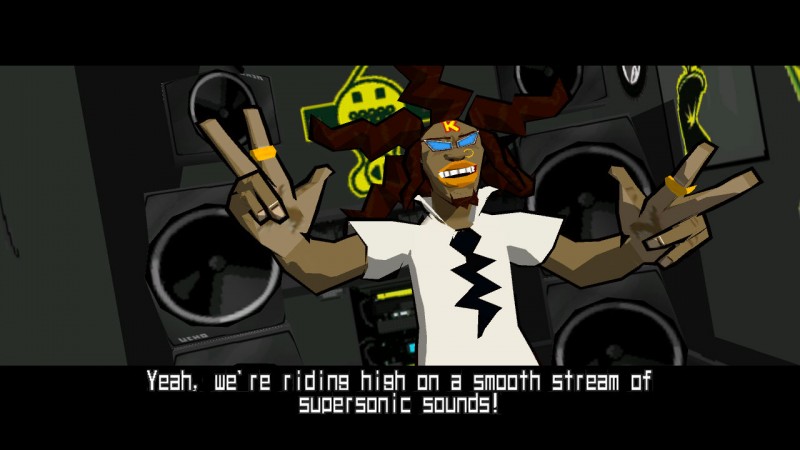 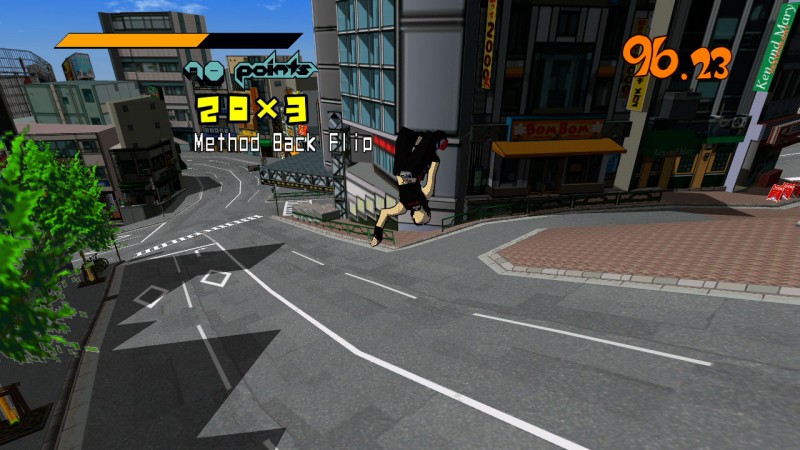 While Sega clearly put some effort into this reissue, an HD coat of paint can’t correct the Jet Set Radio’s fundamental control flaws and repetitious design.

Purchase More Info
6.5
i
Game Informer's Review System
Concept A reissue of the well-regarded, cel-shaded, in-line skating/graffiti game for Dreamcast. It was originally release in the U.S. under the name Jet Grind Radio in 2000
Graphics Cel-shaded games tend to age well, and Jet Set Radio’s oddball, graffiti-influenced art style and vivid graphics look great in high definition
Sound The soundtrack’s then-groundbreaking stew of J-Pop, techno, and hip-hop holds up as well as the visuals
Playability Clunky controls and frustrating design seem worse now than when it released originally
Entertainment If you have fond memories of this game, leave them as memories
Replay Moderately Low