Don’t listen to those egghead astrophysicists who tell you that the cosmos is full of wondrous marvels. One thing I learned from video games years ago is that space is only filled with hideous creatures, perilous worlds, and weapon upgrades. Insanely Twisted Shadow Planet reinforces these lessons constantly as it follows the formula for exploration popularized by Metroid and carried on by the likes of Castlevania and Shadow Complex.

Guiding a tiny spacecraft through nightmarish passages, you gain new tools, blast through hostile alien life, and uncover a sprawling map. I loved observing the bizarre areas and enemies, and the confrontations with the huge bosses are intense and entertaining. The team at Fuel Cell nails these fundamentals, and the fascinating art direction keeps the adventure stylish from beginning to end. Don’t be fooled by the fact that this is a downloadable title; beating the game will take at least a few hours, and even more if you’re driven to uncover the entire map.

While the game gets the basics right, it stumbles on delivering a satisfying sense of progression. The weapons – like the buzzsaw and telekinetic beam – are unconventional and interesting, but most of these accessories function primarily as keys to open particular doors. You need missiles to open gates blocking parts of the map, lightning to open others, and so forth. They also have combat applications, but most of the weapons feel like pegs designed to fit into specific holes. Even if your ship is packed with weapons, they don’t make you feel powerful because they don’t stack or work together – you always use them independently.

This segregation of weaponry wouldn’t be a problem if they improved along the way. Apart from your shields and main gun, however, none of your abilities can be upgraded. Your buzzsaw never gets stronger, or bigger, or longer, and you won’t find any mobility powers that improve your ability to navigate the environment. This also means that shield and gun upgrades are the only worthwhile trinkets to seek out on the map, though you can go out of your way to collect a bunch of concept art highlighting the striking visuals.

Outside of the campaign, you can also try the four-player Lantern Run mode, where your group tries to outrun a monster while carting around a glowing object. While it's a cool concept for co-op, the real fun lies in tackling the single-player mission.

I don’t mean to imply that Insanely Twisted Shadow Planet isn’t fun or well-made, but it isn't as full-bodied an experience as exploring Zebes or Dracula’s castle. I wanted more goals to pursue, and more ways to showcase my growing power. In the absence of another great game in the vein of Super Metroid or Castlevania: Symphony of the Night, ITSP deftly scratches the itch that many gamers have for this breed of 2D exploration and combat. It’s worth playing for any fan of the genre, but it isn’t the brightest star in the sky. 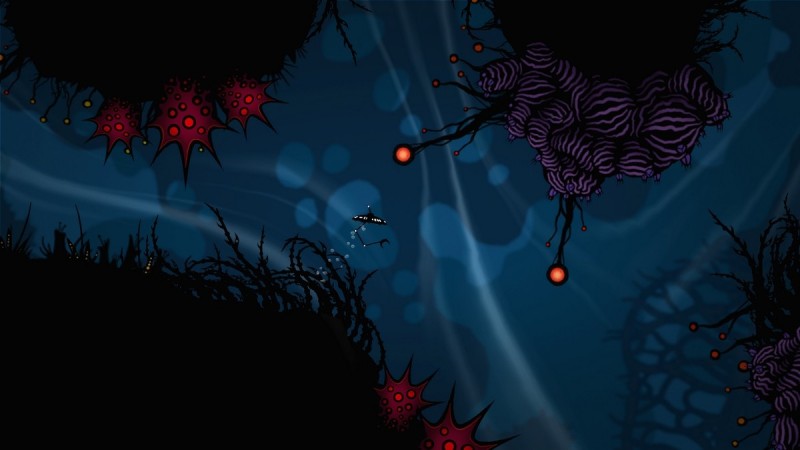 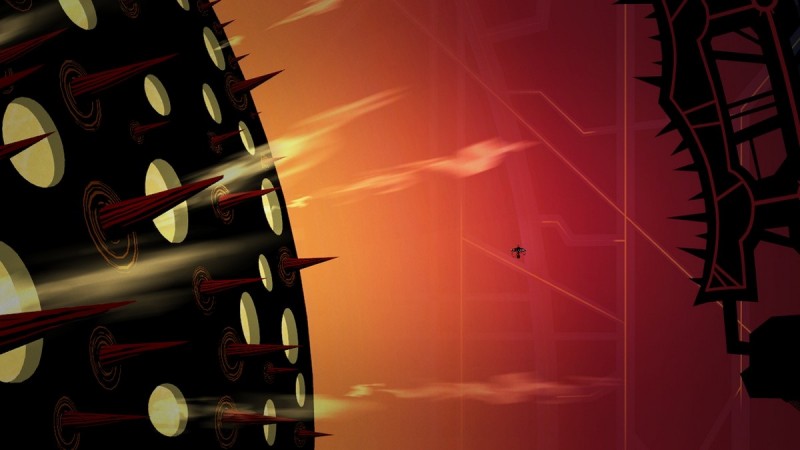 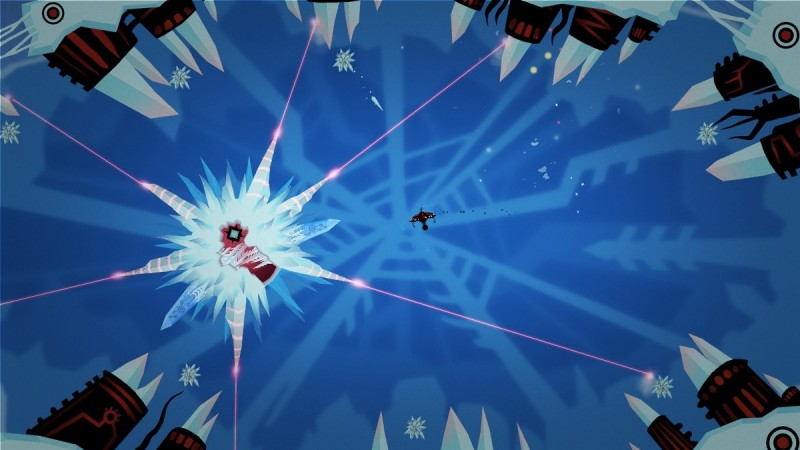 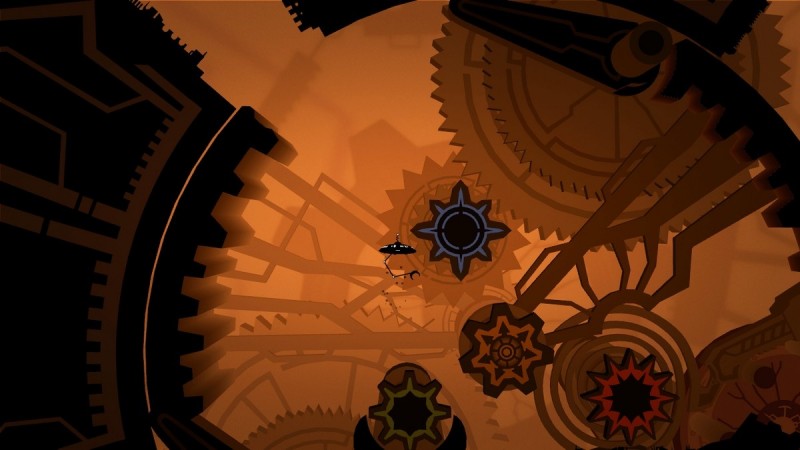 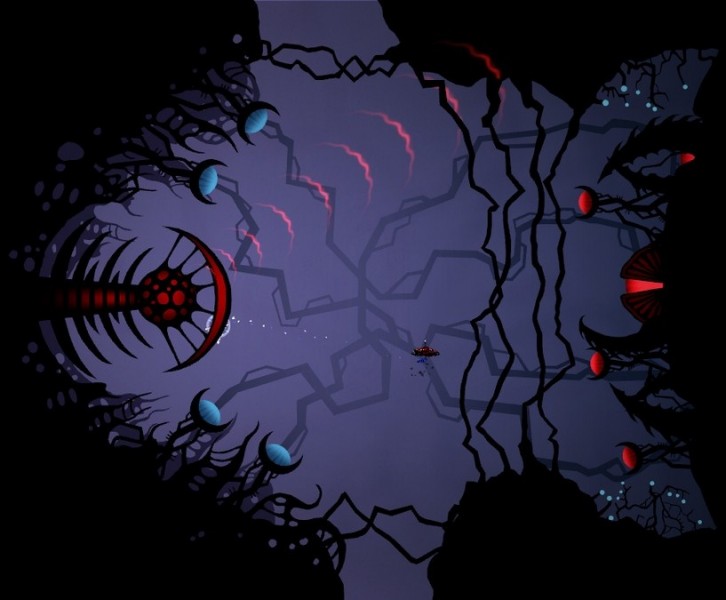 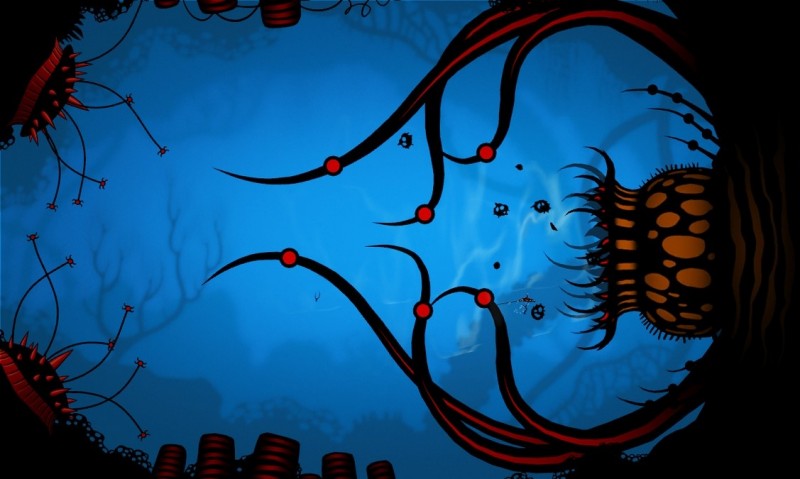 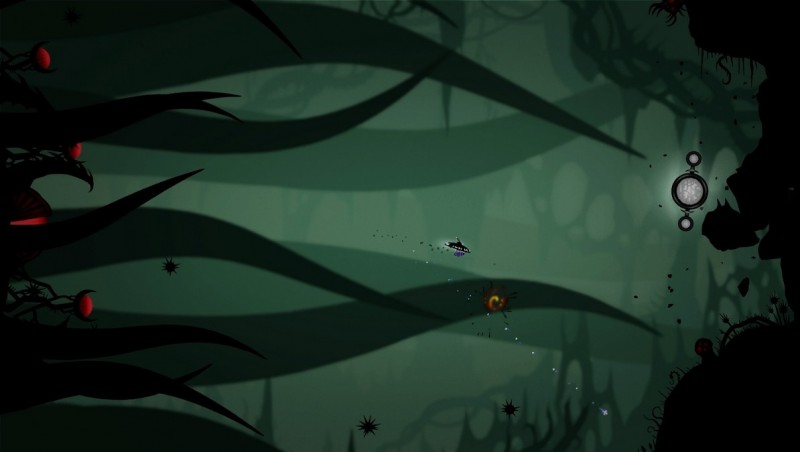 8
About Game Informer's review system
Concept
Follow in the footsteps of Samus Aran without having to leave the comfort of your spaceship
Graphics
Nightmarish and bizarre visuals make even the most mundane areas and enemies interesting
Sound
Atmospheric and unobtrusive music and sound effects set the right mood
Playability
The quick-swap buttons for weapons work well, but using the weapon wheel for the non-mapped abilities isn’t great
Entertainment
Satisfying exploration and a compelling setting are at odds with the lackluster sense of progression
Replay
Moderate 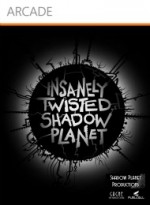