Injustice: Gods Among Us Review The Joker detonates a nuclear device in the heart of Metropolis, leaving millions of people dead and the city in ruin. Two of the casualties are Superman's family: Lois Lane and the son they brought into the world. Joker’s laughter echoes through the halls of Gotham City’s police department. “First Krypton, now Metropolis. People you love tend to blow up,” the Joker says derisively to Superman. “I know it’s soon, but think you’ll ever love again? Maybe you won’t kill your next family.” Superman’s eyes ignite, turning a hellish red. He raises his hand and plunges it into Joker’s chest. As the screen fades to black, The Joker laughs maniacally, but not loud enough to bury the sound of Superman ripping out his heart.

This is how Injustice: Gods Among Us begins. For NetherRealm Studios, the developer behind all of the decapitations and spinal injuries in the long-running Mortal Kombat series, Superman’s heart-crushing descent into madness is a routine event. For DC Comics, this is a side of an iconic hero rarely seen. The event turns heroes against heroes and generates a universe-spanning war.

Joker's final stand has NetherRealm’s bloody fingerprint all over it, but it isn’t indicative of Injustice’s overall tone. Outside of this shocking incident, the game plays out like a DC comic book, with little blood and gore. The famed capes and cowls of the DC universe take center stage, and NetherRealm pays homage in the arenas and through extensive comic book-related fan service. Whether Doomsday is knocking Superman into the core of the planet or Bane is breaking Batman's back, a stratospheric level of violence accompanies almost every fight. The carnage towers over the combat seen in the team's previous venture in spandex, 2009's Mortal Kombat vs. DC Universe.

Injustice nails the spectacle of a superhero brawl. If Superman punches an opponent with all of his might, that character is rightfully launched into space. NetherRealm treats this gawk-worthy blow as an event, stopping the fight so the player can sit back and view a cinematic shot of planet Earth jettisoning a small speck from its atmosphere.

Over the course of each fight, buildings crumble, statues are obliterated, vehicles are routinely used as weapons. Most arenas look dramatically different by the match’s end; environmental destruction doesn't just come at the hands of the two combatants – the world behind them is often being torn asunder by warring heroes. I didn’t catch all of the little touches NetherRealm gave the backdrops until I watched other people play the game. Being a spectator is just as fun as being in the ring.

The combat mechanics follow NetherRealm's well-worn blueprint. If you aren't familiar with DC's characters, you'd probably think it was another Mortal Kombat game. In a way, it is. The combatants move the exact same way as they do in Mortal Kombat, and players access their superpowers by tapping two directions followed by a button press. Sweeps, jump kicks, the ability to knock opponents into hidden arenas, and Batman saying "Get down here" when shooting his grappling hook all bring back memories of MK games. Regardless of the familiarity, the combat is frantic, fun, and loaded with depth. The super-powered fury each character unleashes gives it flavor.

NetherRealm does a fantastic job of balancing the strength, speed, and ranges of each character. Superman can land blows from any range, whereas someone like Catwoman is bound to mid- and close-range attacks.

Environmental interaction generates a surprising amount of strategy for the different character classes. Shazam can easily lift a missile and throw it across the arena. Nightwing doesn't possess that kind of strength, but he can use perform a flip off of the missile, potentially catching a foe off guard. These little touches are the difference between feeling like a God-like character or an ordinary person in tights.

While most of the combat relies on light, medium, and hard attacks, the designated "power" button gives each character a unique ability. These powers are game-changers that, depending on the character, can create more devastating combos or generate much-needed defense. Batman's power, which regenerates slowly mid-battle, gives him the ability to summon mechanical bat-helpers. I used these little devices to open up the first hit in a lengthy combo sequence that includes MK’s familiar juggles and environment bounces.

The wager system is the only combat element that didn't click for me. Giving the player health back by simply sacrificing meter energy is a cheap way to keep a fight going. Computer foes annoyingly use it right before a final blow can be dealt, even if the player still has two full health meters. The wagers also take a fair amount of time to unfold. With super attacks already freezing the action, some of my matches concluded with me watching the action more than I had a hand in it.

NetherRealm always includes a wealth of content in each of its games, and Injustice is no different, offering four lengthy modes each consisting of unique challenges and rewards. Story mode serves as a great introduction to Injustice's crazed combat. The opening moment shared by Superman and Joker made me think the plot would be as cerebral and dark as a David S. Goyer and Christopher Nolan Batman treatment, but most of the events that happens after it are excuses to get heroes and villains to fight. The reasons are pretty cheesy, but it plays out like an ultraviolent version of DC's famed Crisis on Infinite Earths comic book series. I enjoyed the bevy of comic references, and found some of the banter between specific characters entertaining.

The story bleeds over into Battle mode, offering a different “what if?” ending for each of the 20 characters at the conclusion of a classically designed ladder of eight foes. Battle mode showcases plenty of depth with 24 different ladders, all offering different challenges and difficulties, though the character endings are oddly only obtained through the “Classic Battle” ladder.

The third mode, S.T.A.R. Labs, hooked me the most. This is where NetherRealm has the most fun with all of the heroes and villains. S.T.A.R. Labs offers 240 challenges (10 for each character) that balance intense character-specific showdowns with absolute absurdity. For every regular versus battle, you have unique opportunities to play as Catwoman’s cat, Isis; to see if Flash can beat Superman in a race around the planet 200 times; and to smash through asteroids in a side-scrolling shooter sequence with Shazam.

Each challenge consists of three different objectives. At the end, stars are handed out for each objective met. Stars unlock new challenges. You need to work if you want to unlock everything this mode offers, but you also need to complete difficult goals with characters whose play style you may not enjoy. The difficulty tied to many of these challenges is brutal. I’m also not a fan of all the challenges for each character being lumped together; if Wonder Woman is your favorite character, you won’t be able to reach her challenges until you obtain 319 stars. Every match fought generates experience and the chance to rank up and unlock new hero images, icons, and banners for an online profile. Online multiplayer is handled exceptionally well. The daily challenges are fantastic, and the ability to create personal rooms can keep a group of friends together. I ran into a bit of lag in several matches, but the game was quick to recognize the problem and terminated the bouts.

NetherRealm clearly had a blast creating Injustice. The team’s appreciation of the DC universe blends nicely with their well-worn Mortal Kombat formula to create an experience that is a success on both fighting and comic book levels. 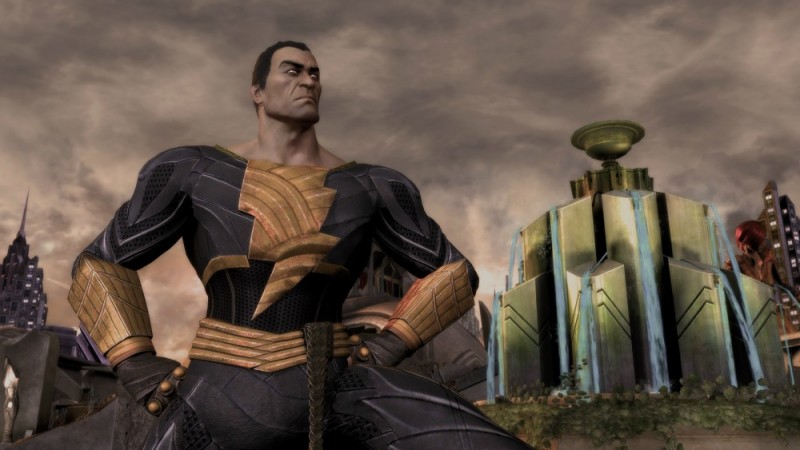 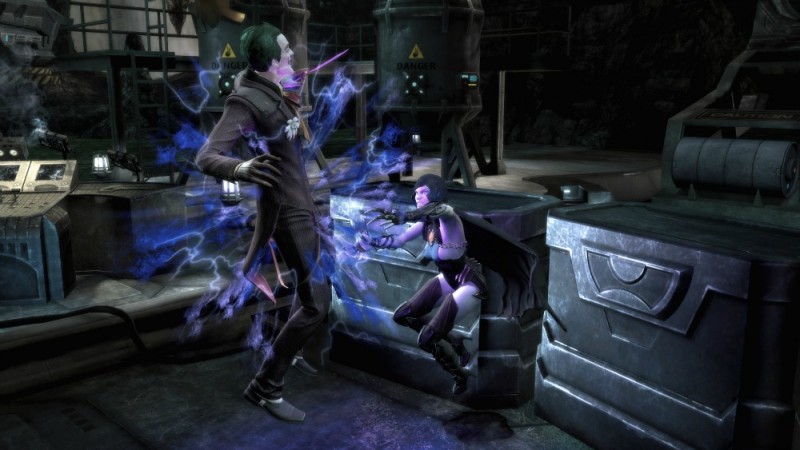 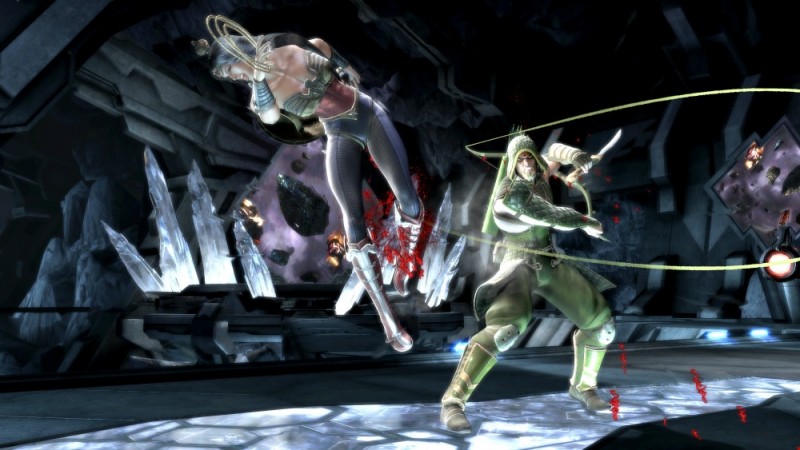 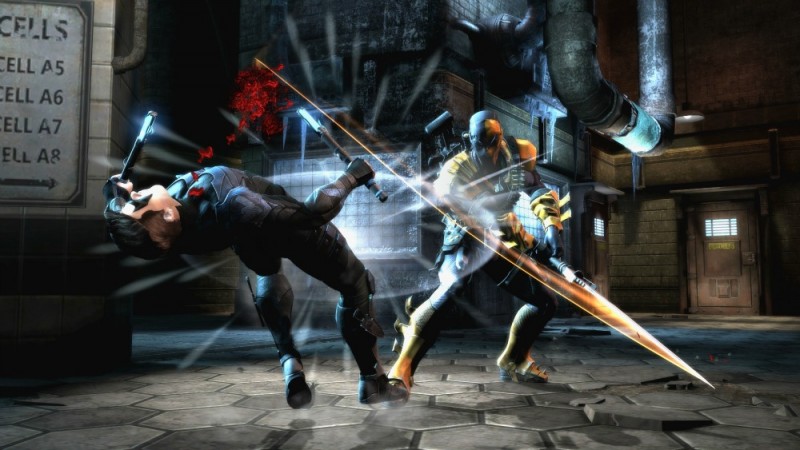 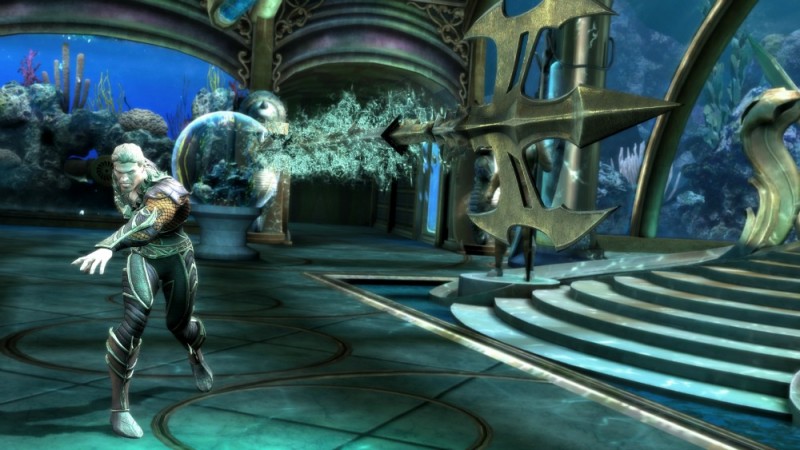 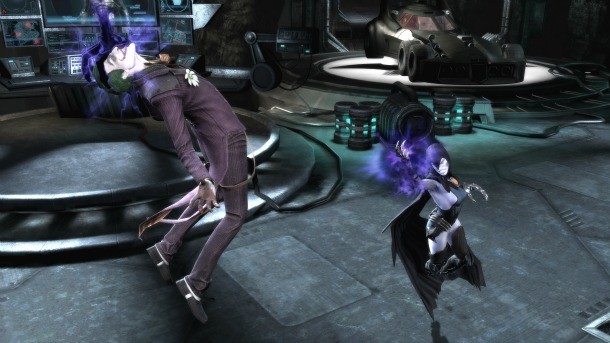 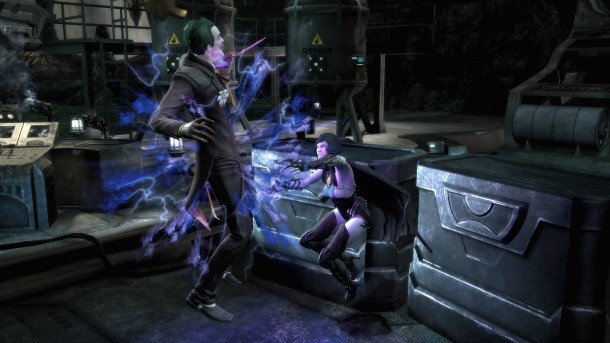 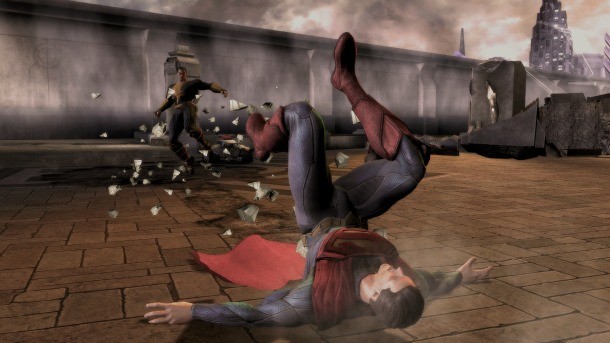 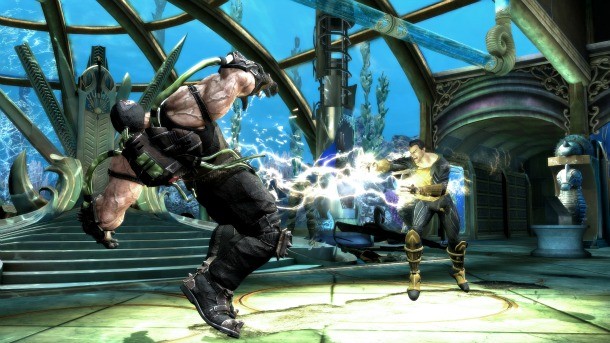 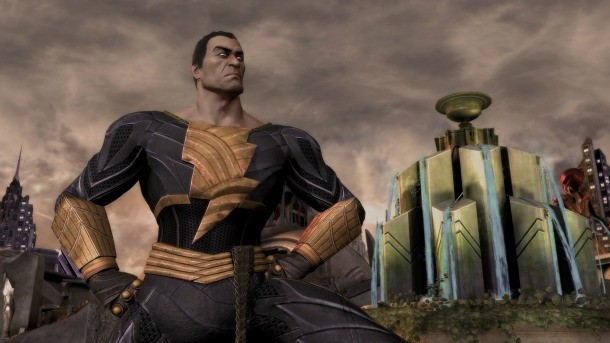 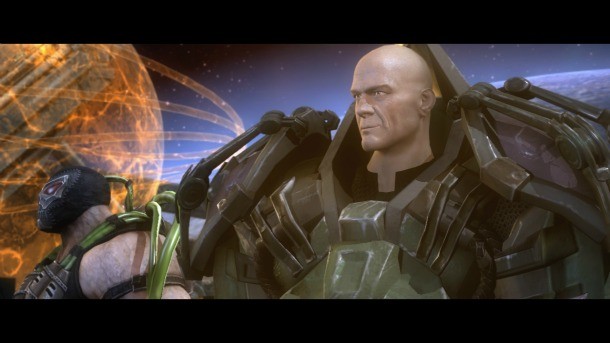 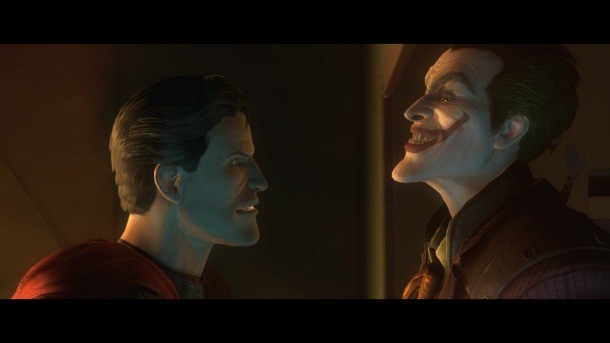 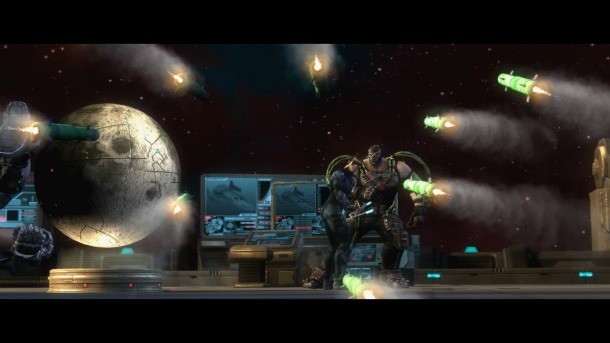 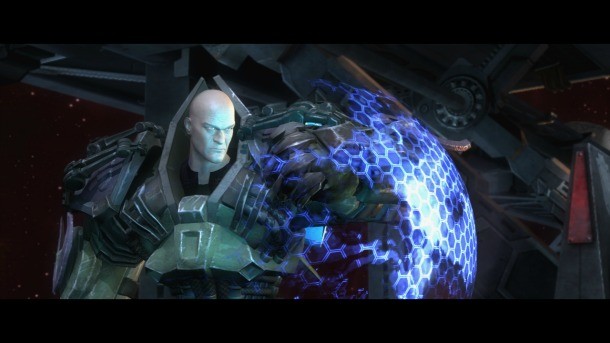 9
About Game Informer's review system
Concept
A finely tuned fighter that embraces DC universe’s powerful heroes and villains just as much as it focuses on the best elements from the latest Mortal Kombat game
Graphics
The sights of the DC universe are beautifully captured and destroyed. An exceptional amount of detail is included in the super attacks and environment transitions
Sound
Many famed voice actors reprise their roles, including Kevin Conroy as Batman. While Mark Hamill is nowhere to be found, Richard Epcar’s Joker isn’t half bad. The banter between characters with shared histories is a highlight
Playability
The combat mechanics fit like a glove for any MK fanatic. Characters are unique and the powers tied to each of them provide a wealth of strategies
Entertainment
NetherRealm once again delivers a great fighting experience backed by an abundance of must-see content
Replay
High