At the end of Infamous 2, Cole MacGrath’s heroics paved the way for a future in which humans and conduits could peacefully coexist. That dream died with him in New Marais. In the years that followed, fear and paranoia swept over the world, forcing the Department of Unified Protection to imprison all conduits, and brand those not locked behind bars as bioterrorists. Today, the conduits’ only hope for freedom lies with 24-year-old street artist and delinquent Delsin Rowe.

Delsin is quickly established as a rebellious and somewhat obnoxious lead who uses his graffiti art to mock the DUP. He’s the type of character who uses humor to defuse tense situations, humor when talking to himself, and, you guessed it, humor to communicate with every person he meets. He’s a caring person at heart, though – a trait the scribes at Sucker Punch do a terrific job of conveying through his tight bond with his brother and family friends. We learn that he has a lot to lose.

Sucker Punch plays that card early on, and doesn’t hold back from creating emotional turmoil for this new protagonist. Within the opening moments of Infamous Second Son, Delsin is confronted with a bombshell of a choice involving the people in his life. The director of the DUP has tracked an escaped conduit to Delsin’s location, and is demanding information on the prisoner's whereabouts. The fate of numerous lives hangs upon Delsin’s response. The decision he makes (determined by you) leads him well down the path of being a hero or villain. The outcome of this moment forms the backbone of the story, and Sucker Punch doesn’t lose focus of it, delivering a solid arc from start to finish with nice payoffs and progression for both the good and evil paths.

The majority of this tale unfolds in Seattle, WA – the first real-world location used in this series. The DUP seized control of the city to weed out the escaped conduit, and Delsin is here to search for answers and more.

I’ve criticized this series in the past for losing its narrative grip in favor of heavily gamified plot points that are simply used to give Cole new powers. Similar moments are scattered throughout Second Son, but they don’t feel like needless detours; they play right into Delsin’s power set and his mission to weaken the DUP.

Most conduits manipulate matter to generate their abilities. Delsin, on the other hand, is a power sponge. If a conduit makes physical contact with him, he gains the unique traits of that conduit, much like Rogue from Marvel’s X-Men – only Delsin keeps them permanently.

This is a clever idea that effectively turns Delsin into a weapon wheel of a character. Rather than being stuck with the same core abilities for an entire game – as is the case with most super hero-based titles – Delsin becomes a different character with each new conduit he touches.

Although he only comes into contact with a handful of conduits, the pool of abilities siphoned from them makes it look like he shook hands with a dozen DC Comics characters. Each power type carries a significant number of weapon and traversal abilities. I have to tip my hat to Sucker Punch for thinking outside of the box with the power types. A hero who channels neon colors may sound like the second coming of Jubilee, but Sucker Punch turns this strange ability into a surprisingly powerful toolset. Achieving similar success with smoke and the other power types – all while delivering a diverse move set for each – is an impressive feat that leads to a decidedly different super hero experience than we’ve seen before.

Delsin can morph from physical form into a puff of smoke that is sucked up through a ground-based vent that leads to a rooftop. From this higher vantage point, he can fire cinder shots at DUP troops, or absorb the neon from a storefront sign, giving him the power to rain charged energy beams down onto DUP troop transports – a move that will likely take out some of the other soldiers in the blast. When the DUP forces hone in on his location and retaliate with a hail of bullets, he can vanish in a second – either using his neon power to dash off like the Flash, or absorbing another power source to cloak.

Control over this mayhem is beautifully realized, allowing for attacks and movements to be chained together in an array of strategic and visually dynamic ways. Conflicts often showcase high levels of destruction. Towers crumble, cars explode, bodies ragdoll, and the sky is usually scorched with a ridiculous amount of particle effects. It’s a symphony of chaos, and the game handles it all with only the slightest of framerate drops.

The story clicks and the action is engaging, but Infamous Second Son runs into a few major problems that derail the excitement and connection I had with the world.

The biggest stumbling point this game makes is tied to the open world. Seattle is a fun city to explore, offering a wide variety of architectural differences and points of interest. Sucker Punch paints all of these sights with high levels of realism, impressing even on the smallest of levels, such as how a coffee shop’s neon sign is reflected in a puddle. This is one of those games where I would often stop dead in my tracks to admire the visual dynamics applied to the city and the light shining down on it.

You won’t spend much time in any particular area, however, as most of the side activities can be completed in seconds. Delsin takes out hidden cameras, locates undercover targets, knocks down Tracker Drones, wrecks DUP equipment, and tags walls with art. All of these tasks are clearly labeled on the map, and can be completed so quickly that I felt like I was speedrunning through the game.

Some of these activities require nothing more than firing one shot to disable a camera, or hitting attack once to smash a device. For a character with such a deep well of powers, I find it somewhat odd that an average human could complete most of these side missions. The diversions aren’t necessarily bad, but in the absence of more compelling side content, they make the experience feel somewhat empty. On the plus side, completing these tasks rewards Delsin with power shards used to level up his powers. Completing them quickly means more powers to play with faster. That isn't necessarily a bad thing, but it also means that you'll need to complete these menial objectives.

Combat encounters tied to open world activities are also repetitive, consisting of moderately-sized DUP legions, a handful of drug dealers, and just a few cops. There aren't many curveballs thrown in these encounters, and there a lot of them. Conflicts tied to story missions don't run into the same problems, as they continually dish out new enemy types, varying conditions (such as limited power sources or dense fog), and the enemies don't hold back from giving Delsin a run for his money.

I like the way that Infamous Second Son splinters off from the first two entries in the series. Delsin’s conduit ability creates uncertainty in the gameplay mechanics, and the choices he makes apply similar levels of ambiguity to the narrative arc. I never really grasped what was coming next from this tale, outside of knowing that the open world activities and encounters would be repeated ad nauseam. 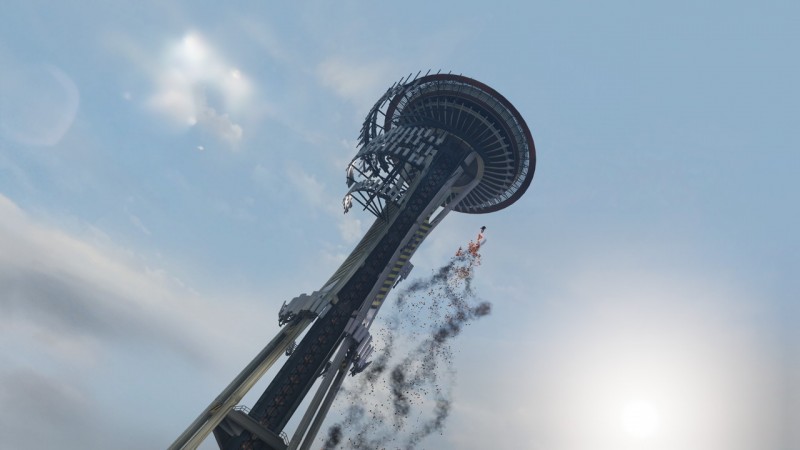 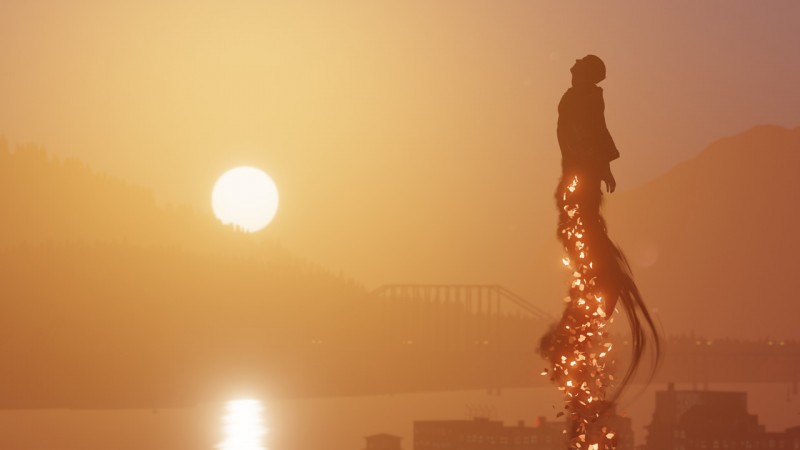 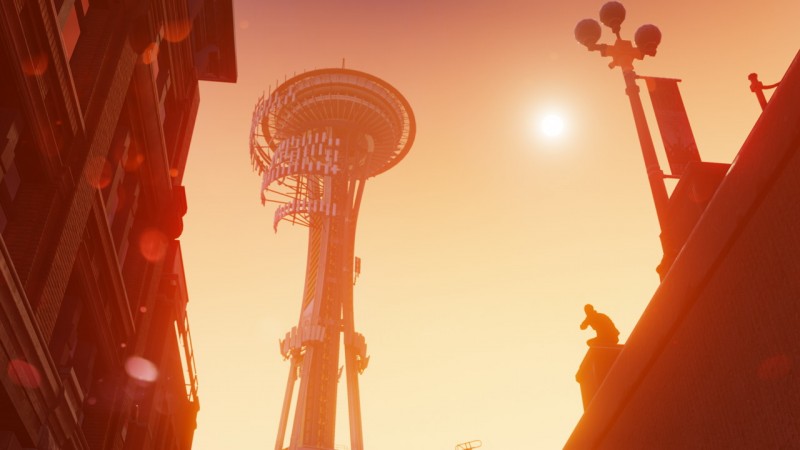 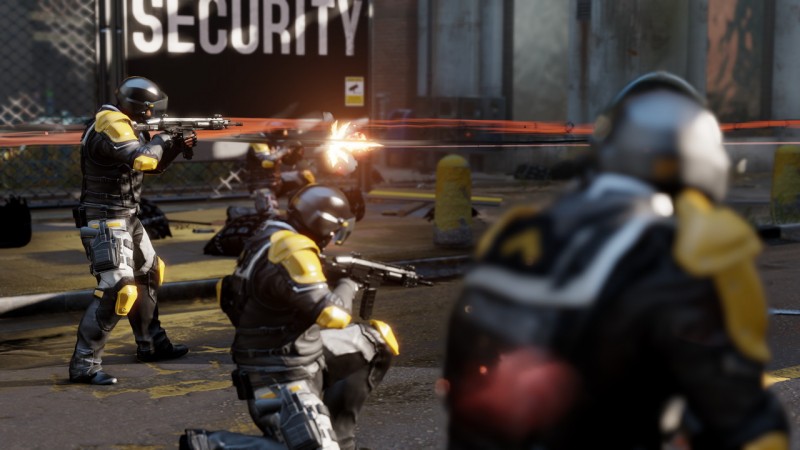 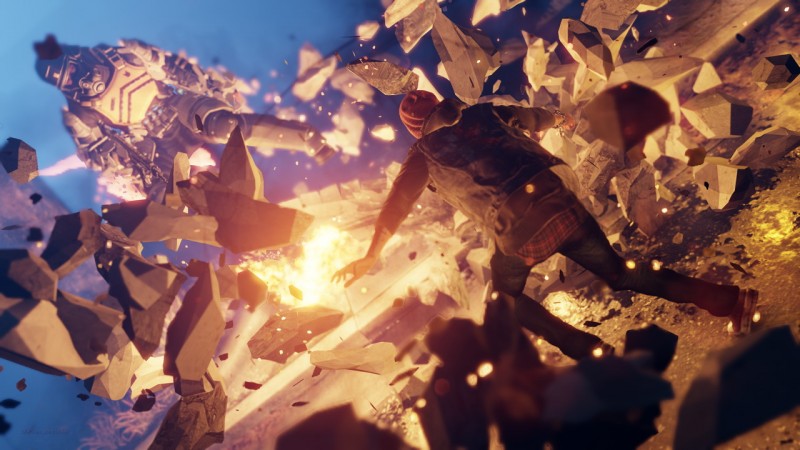 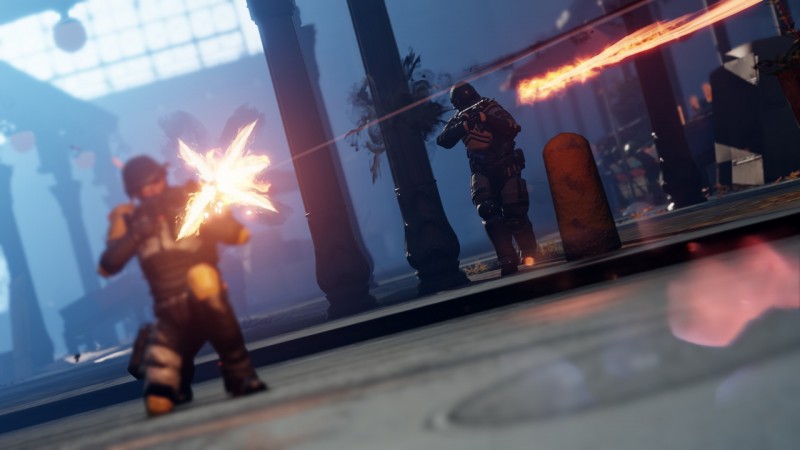 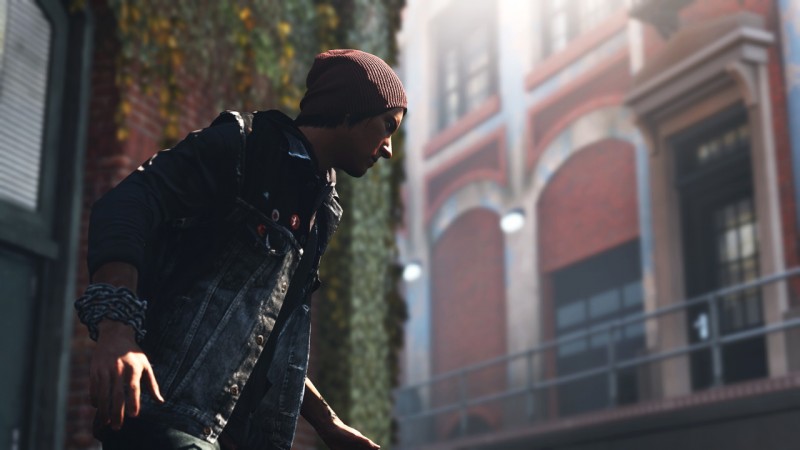 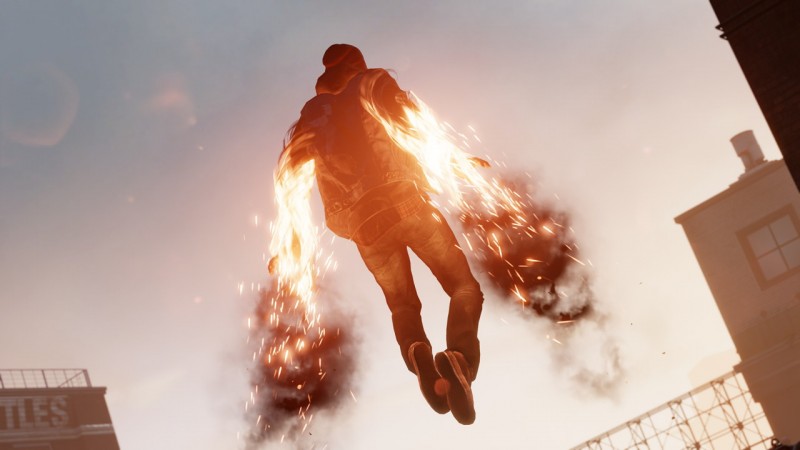 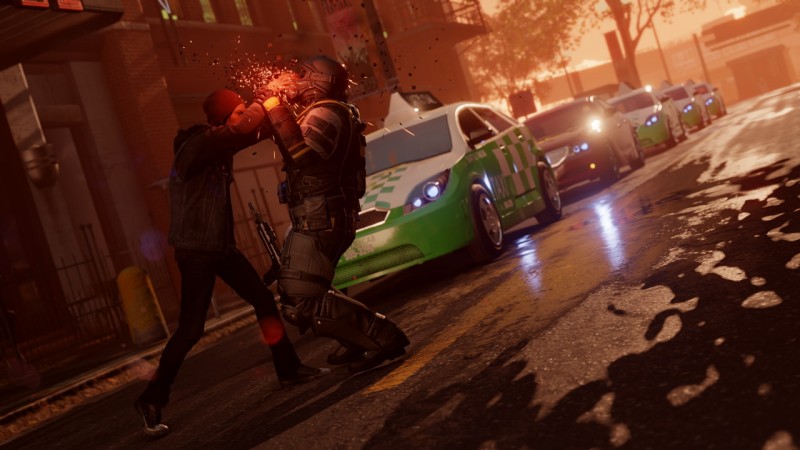 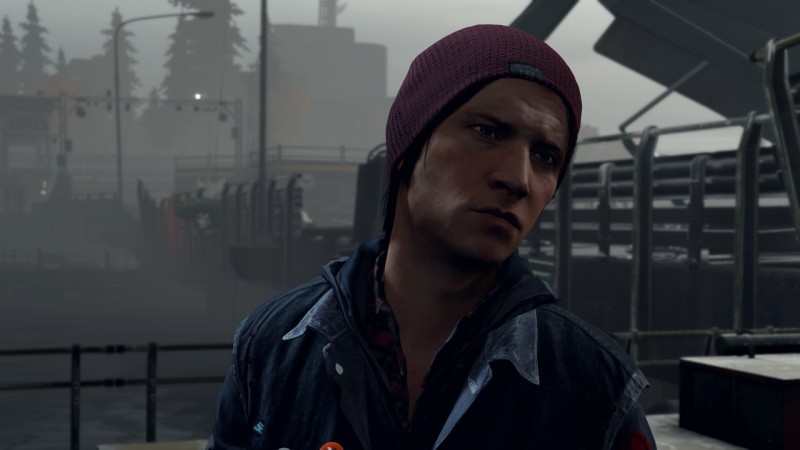 8.5
About Game Informer's review system
Concept
A choice-driven experience that turns new protagonist Delsin Rowe into a powerful hero or villain as he searches for answers across the rain-soaked streets of Seattle
Graphics
From the detailed architecture to the swarms of particles that crowd the screen, Infamous Second Son is a showpiece of stunning details. The fluidity and little touches tied to Delsin’s animations also impress
Sound
With the exception of Delsin’s sometimes cringe-inducing dialogue, the voice work is exceptional. The moody, distorted tones of grunge-inspired guitars fit the atmosphere and action
Playability
Delsin can unleash a super-hero team’s worth of powers. All of these abilities are fun to use and open up a wealth of traversal and attack methods
Entertainment
For the third time, Sucker Punch has crafted a game that is worth playing through twice
Replay
Moderately High