Worlds in peril, chosen heroes, and long-lost prophesies are the usual tricks of the trade when it comes to role-playing games. Instead of going that direction, Inazuma Eleven (available for $20 on the 3DS eShop) tells the story of a down-and-out junior high soccer team. Though the fate of the planet isn’t decided on a soccer field, this RPG still has depth and satisfying progression, though they aren’t enough to earn Inazuma Eleven the win.

The soccer club at Raimon Junior High is in bad shape. It doesn’t have enough members to field a full team, and the students it does have are a sorry lot. If not for the boundless and infectious enthusiasm of team captain Mark Evans, the club wouldn’t even exist. Inazuma Eleven begins with the looming threat of a soccer club shutdown, and the player’s job is to whip the team into championship form. Anyone who has seen films like Shaolin Soccer or The Bad News Bears (different sport, I know) knows what to expect, but the charming execution is enough to make up for the story’s predictable turns.

Building up your sad-sack team is the core of Inazuma Eleven, and the process is a lot of fun. Mark is able to recruit and train new members; the losers I started with were quickly replaced by ringers I scouted myself from around the school and opposing teams. If you’re one of the few people who enjoyed Final Fantasy X’s Blitzball minigame, this is right up your alley. The thrill of finally nabbing a player you’ve had your eye on is great, and tinkering with their positions and formation is an optimizer’s dream.

Once you have a team that doesn’t get steamrolled immediately, you start whipping it into shape, which happens via a hallowed RPG tradition: random encounters. Instead of traditional combat, other students challenge Mark to soccer battles as he roams around. These matches are short, and usually involve simple objectives like scoring a single goal or stealing the ball from the opposing team. The frequency and length of these trivial encounters can be aggravating, and more variety would have gone a long way to make them more interesting. The encounters become a tedious nuisance, but a necessary one; they award experience, plus other points you spend to recruit new players or improve your existing crew.

The depth of the team management and progression in Inazuma Eleven is impressive, but they all revolve around playing soccer, which isn’t nearly as fun as the RPG elements. Controlling your team (you play with a four-person squad in random encounters, but the “boss” matches involve all 11 players) is haphazard at best. Directing the movement is sloppy; you can pause the action to set up big plays, but the ability is on a cooldown, which means it often isn’t available when you need it. In the meantime, you’re frantically swiping and tapping to maintain some semblance of order, while your A.I. opponents are moving together like a well-oiled machine.

Thankfully, your team members don’t have to rely solely on soccer fundamentals. Players learn outrageous special moves to use in bad situations, like dragon-assisted kicks and illusionary doubles who help steal the ball. These maneuvers are over-the-top and hilarious, but need to be used sparingly so you have them for the right situations. After the introductory matches, strategy plays an important role; players have opposing elemental affinities, so how you deal with a situation depends on which characters are clashing on the pitch. This doesn’t transform a game into a complex tactical affair, but it prevents the action from getting too shallow.

Inazuma Eleven is a quirky and novel RPG, but the on-field action is too unrefined to be rewarding. As your team improves and your opponents get more formidable, a match becomes a parade of implausible magical techniques – which would be more entertaining if coordinating the gameplay basics like moving and passing were less frustrating. I enjoyed honing my players’ skills and managing a team, but I never had the degree of control to make the most of my decisions on the field. 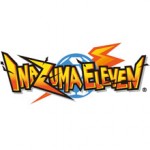 Inazuma Eleven is a quirky and novel RPG, but the on-field action is too unrefined to be rewarding.

Purchase More Info
7.5
i
Game Informer's Review System
Concept A role-playing game that trades broadswords and monsters for cleats and soccer balls. Though it’s new to North America, the original DS version released in Japan in 2008
Graphics The sprites and anime-styled characters recall classic 16-bit RPGs
Sound Less-than-stellar voice work in the cutscenes is disappointing, but the music and effects get the job done
Playability Coordinating your team’s movements and setting up big plays are difficult and imprecise on the touch screen
Entertainment Getting ready for the big games by recruiting and training is fun, but playing the big games leaves something to be desired
Replay Moderate