For those of us who love 16-bit RPGs, few titles are held in higher regard than Chrono Trigger. Its inventive battle system, time-hopping story, and excellent presentation make it a beloved classic of a bygone era. Chrono Trigger has inspired countless RPG developers over the years, but never has that inspiration been so apparent as it is in I Am Setsuna. While that might sound like an answered prayer to many fans of the genre, you should keep your hopes modest. I Am Setsuna’s best gameplay and story beats are so rooted in its predecessors (and often directly copied from them) that it feels familiar and predictable. With a fine line dividing homage and imitation, I Am Setsuna doesn’t do enough to carve out its own identity.

Though it borrows liberally from venerable titles, the team at Tokyo RPG Factory took a smart approach to adapting combat. I Am Setsuna’s traditional turn-based battle system is the major draw, blending old ideas and new twists. With three characters to command and encounters taking place right in the environments, Chrono Trigger’s influence is clear – especially since you also initiate powerful combo attacks using two (and later all three) characters. The basic mechanics are comfortable and fun, but the addition of momentum mode creates an extra layer of strategy. You stock up momentum points as battles progress (by attacking, taking damage, waiting, etc), and then activate them at critical points. The effects depend on the specific command – you might add extra damage, confer a status boost, or heal your whole party.

Using momentum goes a surprisingly long way toward making encounters more engaging. Choosing when to use or reserve it adds tension, and the varied effects it produces provide a lot of tactical options. Do you risk an attack now hoping to finish off your foe, or do you use momentum to augment a defensive skill and set up a killing blow later? It also encourages you to try out different party members, if only to see what effects your party’s combined skills produce. Unfortunately, this system is late to reach its full potential during a few fun (and difficult) boss fights. The first three quarters of the adventure are mind-numbingly easy, which leads to a sharp difficulty spike when you encounter foes that require a fuller understanding of buffs, debuffs, and party composition. These fights were initially frustrating, but the tactical thinking and potential for failure eventually made them my favorite moments of the game.

Combat is the only area that I Am Setsuna successfully builds on its classic foundation; many other elements feel bland, unpolished, or copied. The story is lifted straight from Final Fantasy X: A young woman (with a group of protectors at her side) undertakes a journey of sacrifice, planning to trade her life to earn the world a temporary reprieve from monster attacks. The plot walks a well-worn path – including the allies and foes you meet – and no turn of events is ever surprising, so getting invested is difficult.

You can undertake extra sidequests and earn ultimate abilities once you reach the end of the tale, but the post-game offerings are limited – and you won’t find a new game plus feature to tempt you for another run. Since the characters rarely get dedicated time in the spotlight, I didn’t grow attached to any of them during my 25-hour playthrough; if I had, I would have been disappointed by how their arcs conclude in the unsatisfying ending.

Your allies feel like hollow containers for different abilities, but setting up those abilities is clunky. You can easily miss some materials that are required to learn new skills, and you can only equip a limited number of abilities. That becomes a problem, since cross-referencing multiple menu screens is a hassle when you want to make certain dual- and triple-techs accessible.

I Am Setsuna’s other periphery systems, like weapon upgrading and cooking, feel vestigial. They are technically present, but are shallow to the point of uselessness. For example, cooking recipes are rare and don’t have interesting effects. Improving weapons is just as pointless, because something better is never far away.

I Am Setsuna has lots of nods to Chrono Trigger, from its general combat framework to specific references to skills like X-Strike and Luminaire. However, it doesn’t capture why most players connected to that seminal title. Even though the combat is entertaining, I Am Setsuna’s characters are dull, the environments are repetitive, and the story is predictable. I would like to see more games inspired by the golden era of 16-bit RPGs, but you can’t recapture the spirit of innovation and experimentation that pervaded those titles through mimicry alone. 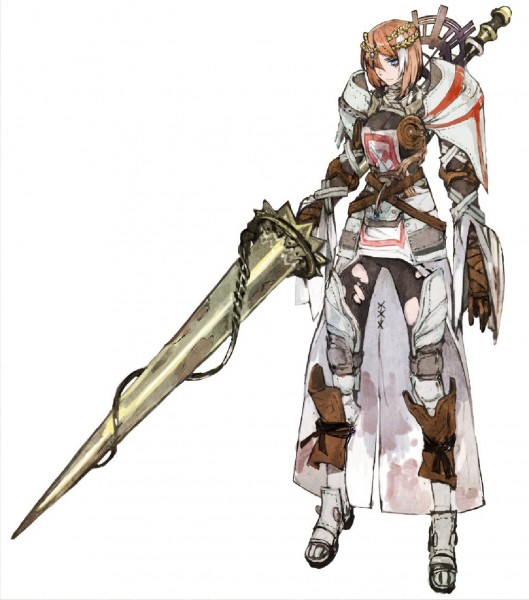 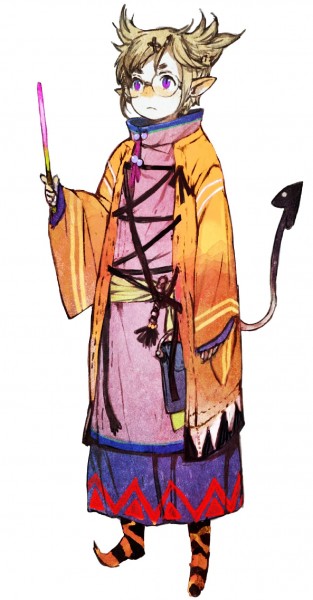 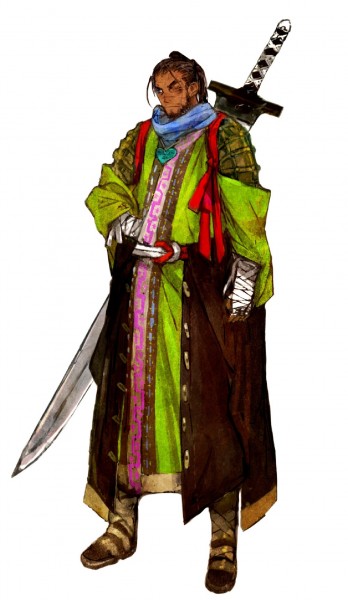 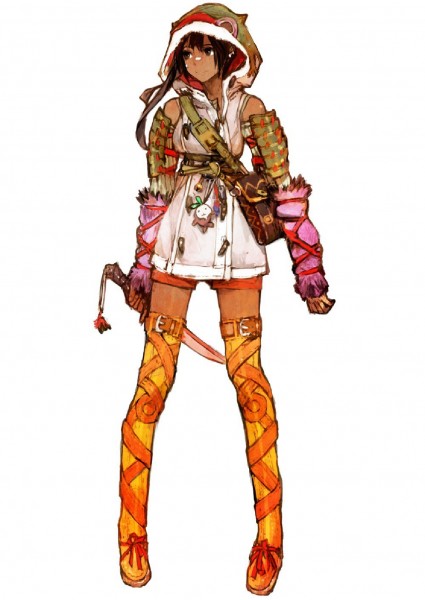 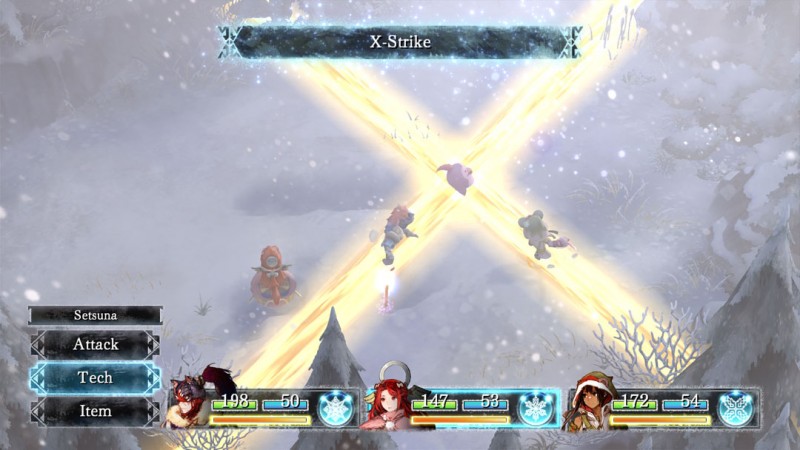 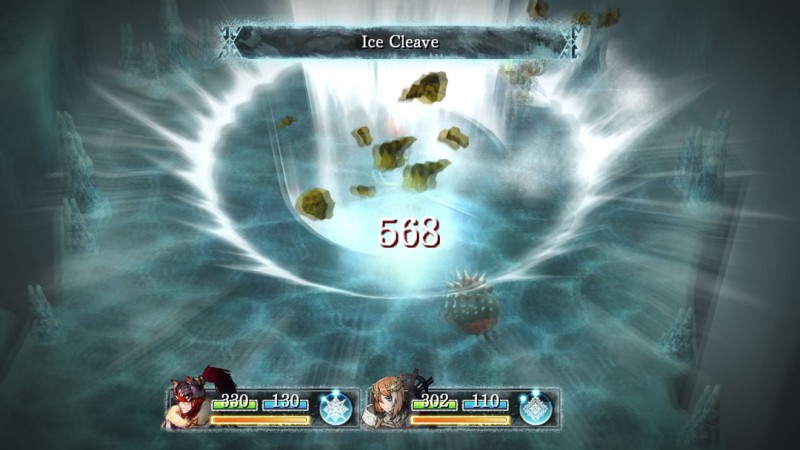 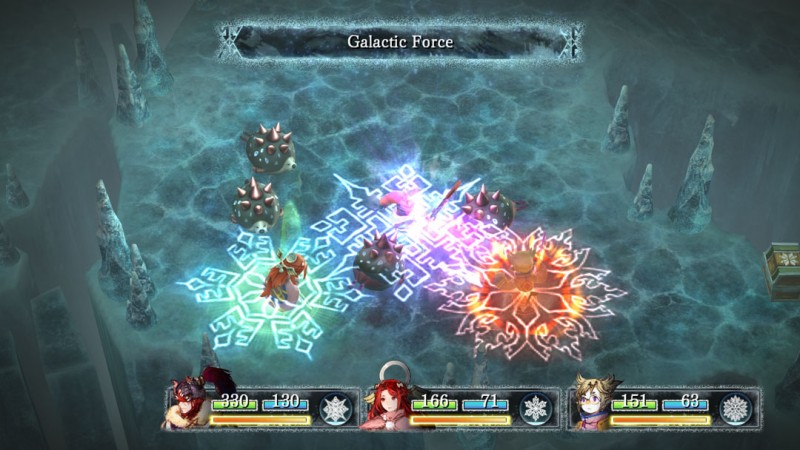 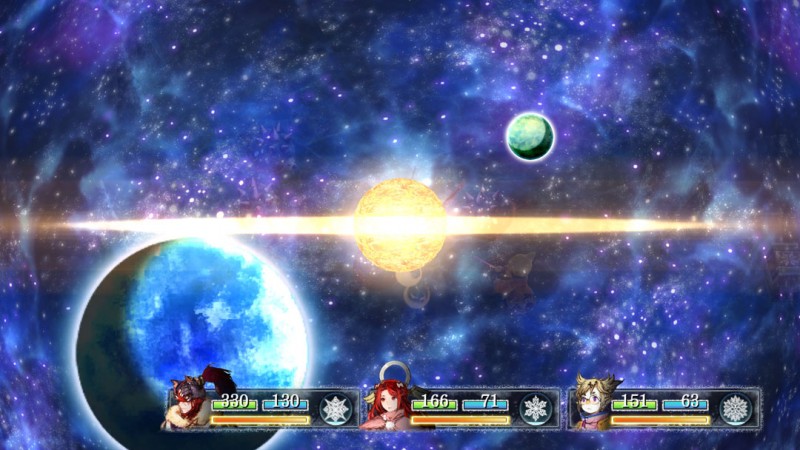 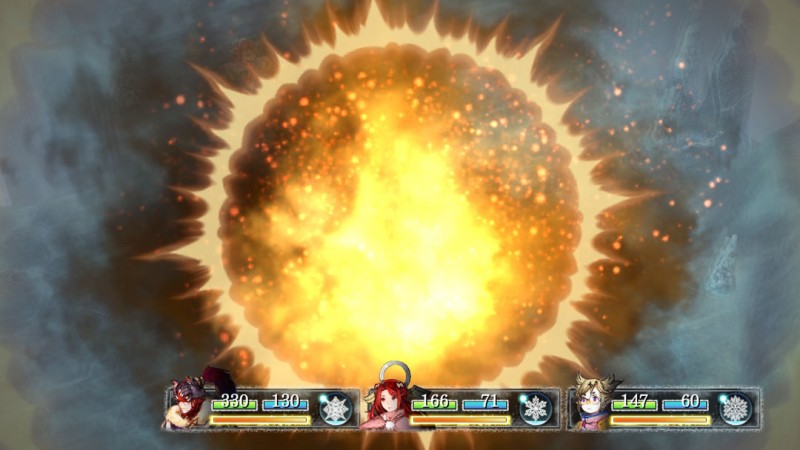 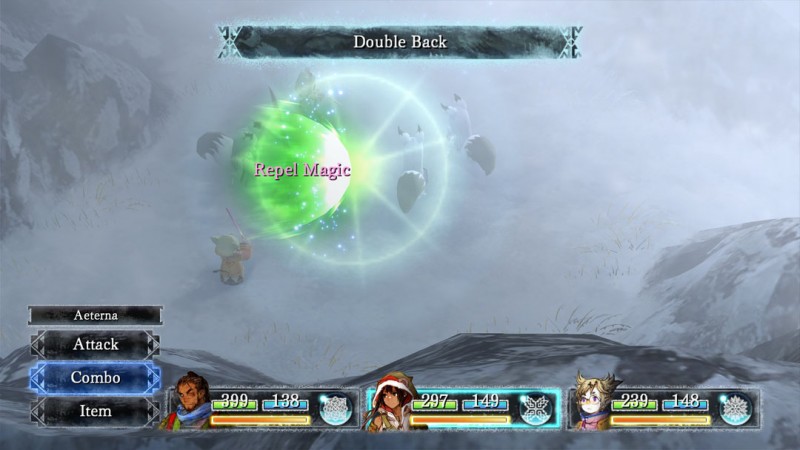 With a fine line dividing homage and imitation, this RPG doesn’t do enough to carve out its own identity.

7.5
i
Game Informer's Review System
Concept Tap into fans’ fond memories with an old-school RPG inspired by classics like Chrono Trigger and Final Fantasy
Graphics The snowy environments are impressive at first, but the lack of variety among them is a problem when stretched over an entire journey
Sound Somber piano dominates the soundtrack to great effect
Playability Basic combat and exploration is simple and intuitive. Navigating between menus to access specific combos is cumbersome and time-consuming
Entertainment It may be bland, but the experience doesn’t make any unforgiveable missteps. The combat has occasional moments of brilliance that recall the glory days of ‘90s RPGs
Replay Moderately Low