A year and a half after its Wii U release, Hyrule Warriors is still a strange mash-up between The Legend of Zelda and Dynasty Warriors, but the formula works. Taking over-powered Zelda universe characters into familiar settings to fight hundreds of common enemies at a time is fun. Most of what works about the Wii U version of the game moves over to the 3DS, except for one important game-affecting aspect: the performance.

The Wii U version of the game runs well, and though it may not be the peak of the Wii U’s visual capabilities, beating up moblins feels and looks great. For Legends, the framerate is consistently low and this leads to unresponsive controls and sluggish movement. Enemies often pop in out of nowhere, and and have fewer frames of animation, giving them a stop-motion look at odds with the animation of the player character. The game is still playable, but when a superior version exists it makes all the shortcomings especially glaring.

Hyrule Warriors Legends may chug, but the good news is the added characters, levels, and mechanics are fun and worth exploring. The Wind Waker content changes the art style to integrate the title’s cartoony aesthetic, which is especially cool because it looks so different. Newcomer Linkle is a separate character from Link, but is meant to be the female take on the iconic hero. She uses crossbows instead of a sword, but has blonde hair, a green tunic, and an “le” at the end of her name. She is fun to control and her story, which intersects with Majora’s Mask’s Skull Kid, is an enjoyable aside. She’s convinced she is the fated hero of time despite the lack of evidence and dives head-first into the fray – even though she doesn’t know how to get to Hyrule Castle. I like her a lot, and wouldn’t mind seeing her enter true Zelda canon in the future.

Hyrule Warriors Legends is still a solid action game featuring Zelda characters and worlds, and the added mechanics, levels, and characters for 3DS are fun and worthy additions. Unfortunately, the game’s technical performance drags it down significantly.

The New 3DS Difference
Hyrule Warriors Legends would probably have been better served with New 3DS exclusivity. Some of the technical shortcomings remain on the upgraded iteration of the hardware, like enemies with fewer frames of animation and their accompanying pop-in, but the game still feels and plays better. Combat and movement are significantly more responsive, bringing it closer to the Wii U version of the game. Playing on New 3DS also allows you to turn up the 3D slider (you can’t play the game in 3D on the original 3DS), but it takes a performance hit when you do. On the New 3DS, the game comes closer to the Wii U version in quality, making it the best way to play if you want Hyrule Warriors on handheld.
Off
On
Off 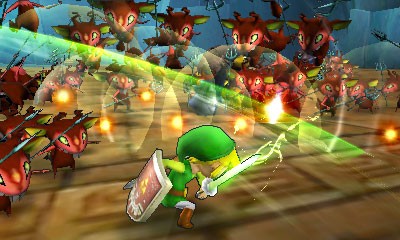 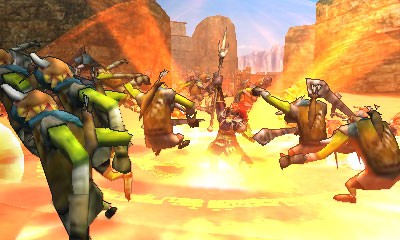 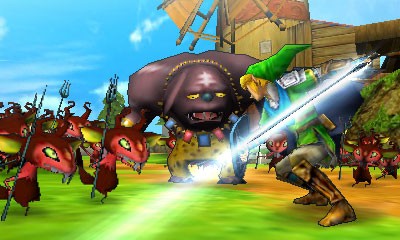 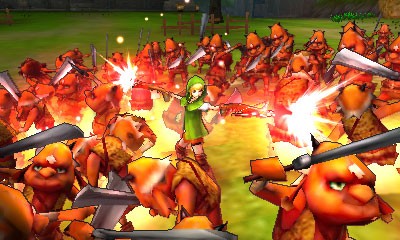 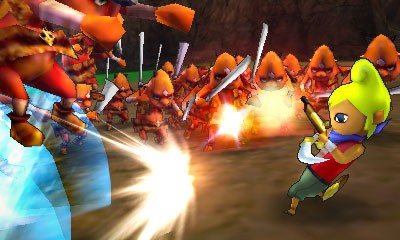 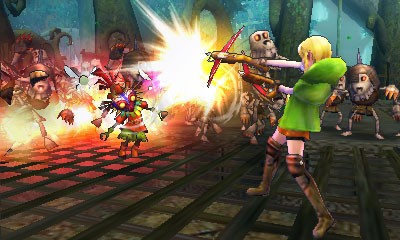 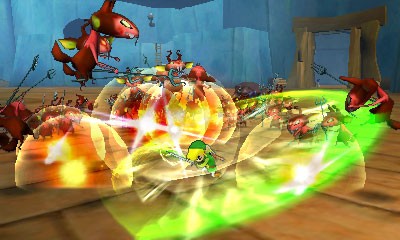 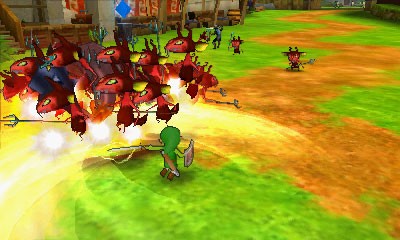 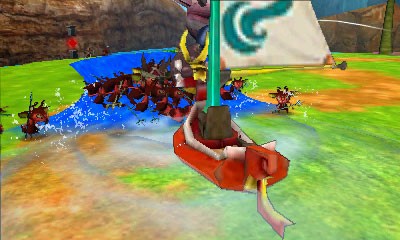 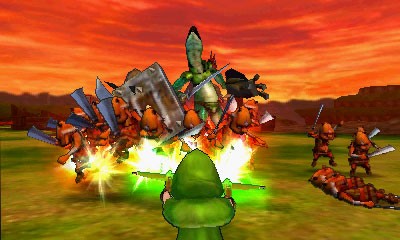 Most of what works about the Wii U version of the game moves over to
the 3DS, except for one important game-affecting aspect: the
performance.

Purchase More Info
6
i
Game Informer's Review System
Concept Bring the legion of Hyrule combatants to handheld with new content, but scale down the technical capabilities
Graphics The character designs look good on the small screen, and the many disparate art styles come together in an interesting way
Sound The remixed music and sound effects are fun to listen to, even if the screaming metal guitars don’t particularly fit in the Zelda universe
Playability The game runs poorly on the standard 3DS hardware, with controls feeling unresponsive and a consistently sluggish framerate
Entertainment Hyrule Warriors is still a fun take on the Zelda universe, and the added content is worthwhile, but the technical issues make it hard to enjoy
Replay Moderately high