I was pleasantly surprised to hear the news that the long-lost Hydro Thunder franchise was being revived. I have fond memories of both the classic arcade units and the port that was released for Dreamcast. New studio Vector Unit, which includes members of the Blood Wake team, clearly shares this feeling, and has taken a lot of care to recreate the fast aquatic racing gameplay the franchise was known for.

Hydro Thunder Hurricane is remarkably full-featured for a downloadable game. There are eight tracks, each featuring numerous alternate paths. The nine boats are a mix of new watercrafts and retooled vehicles from the original (though I’d be lying if I told you I actually remembered every boat from the old game). Aside from the straightforward races, there are some (not especially creative) modes like Ring Master (where you, obviously, race through rings against a timer) and Gauntlet (where the water courses are littered with exploding barrels). There are multi-tiered Championships which string all three event types together, awarding points for placement in each event. In addition, there is eight-player online and four-player offline splitscreen play. I’m especially grateful for the inclusion of split-screen, which fits in perfectly with the era of casual, arcade racing that the game harks back to.

Technically, Hydro Thunder impresses. This is a great looking game, chock full of bright, compelling visuals. The water physics are both visually compelling and crucial to the gameplay – learning to “draft” in a competitor’s wake is essentially, allowing you to get a boost of speed without wasting valuable boost. Aside from a few camera issues, I can’t find fault in the overall presentation and execution.

Though there aren’t a large number of courses, the eight tracks are well designed and place an emphasis on testing your nerve at every turn. This game isn’t about thoughtfully timing your braking and approach to each turn; it’s about blindly mashing the boost button and hoping like hell you can catch that next ramp to refill your tank. Many times you’ll have the feeling of just squeaking out a victory at the last second, flying by (or over) an opponent just before the finish line. It’s even more challenging given some of the epic creatures that will appear to wreak havoc on the course, like huge water serpents or giant Norse statutes who swing Thor hammers into the water, creating huge waves and swells you must avoid. You’ll also have to take the time to learn the numerous hidden paths and shortcuts, which become extremely important for victory in the later stages.

Hydro Thunder Hurricane is clearly a work of nostalgia, there aren’t really any new ideas here, just a fervent desire to return video game racing to a time when speed and fun meant more than complex career modes and customizable liveries. Its all the more charming for the fact that, in these declining days of the racing genre, there aren’t many pure arcade racers anymore. Perhaps services like Live Arcade can be a new start for a style of game that deserves a second chance. 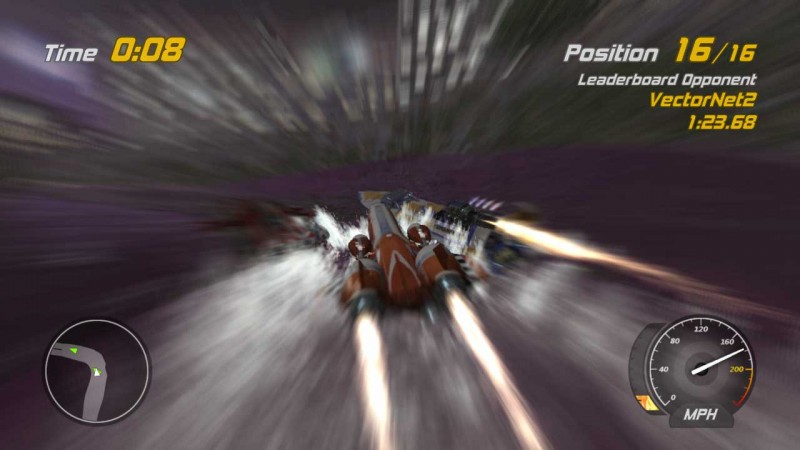 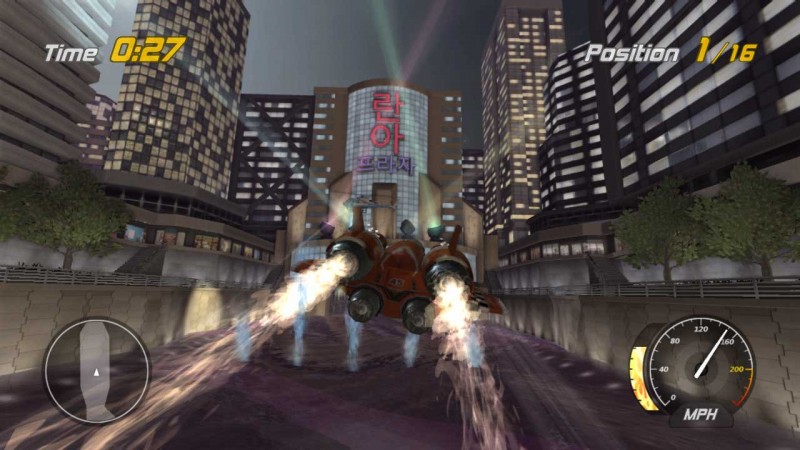 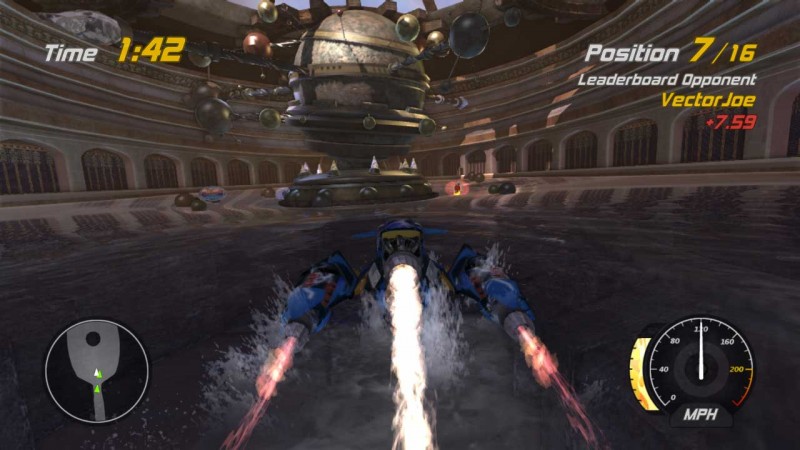 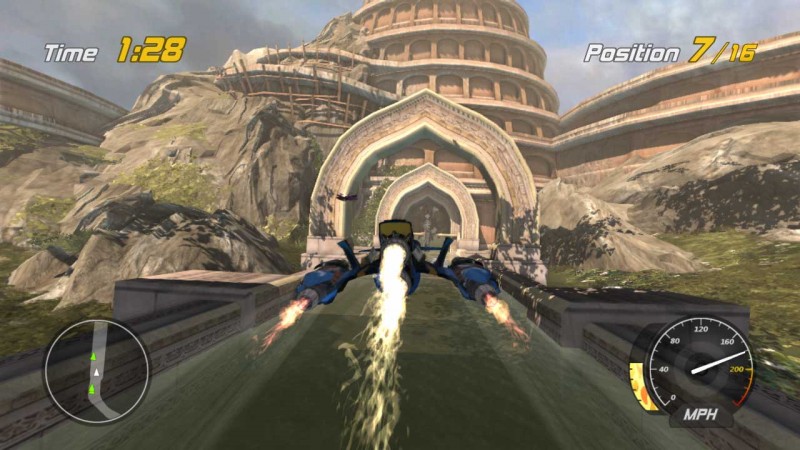 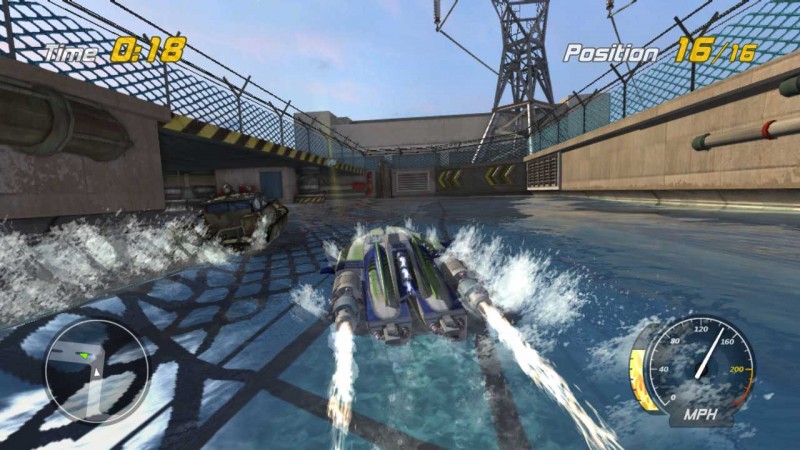 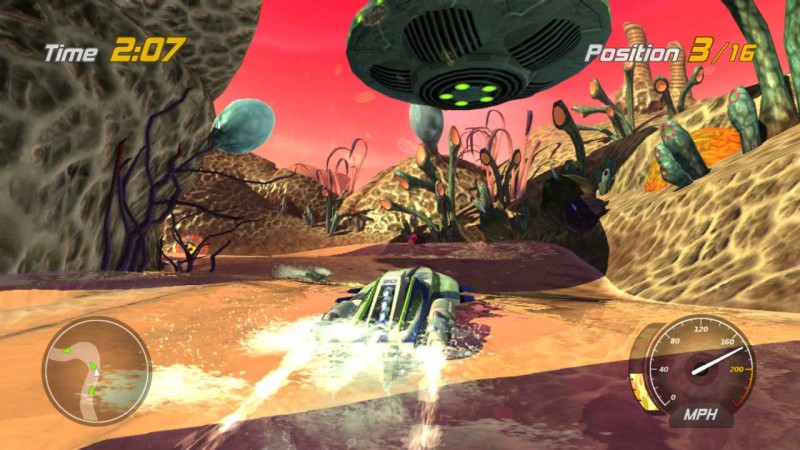 8
About Game Informer's review system
Concept
A small developer rescues Hyrdro Thunder from the wreckage of Midway
Graphics
Extremely impressive. Seeing it in action, you’d think it was a full-scale, disc-based title
Sound
Recreates the ridiculous voiceovers of the past: “That was insane...this is CRAZY!”
Playability
The boats are more than capable of handling the wild jumping and turbo-boosting action
Entertainment
It’s an enjoyable throwback to the days when racing games were about sheer speed and over-the-top gameplay
Replay
Moderately High