A Broadsword Swing, And A Miss
by Jeff Cork on Jun 02, 2011 at 10:11 AM
Publisher: Bethesda Softworks
Developer: inXile Entertainment
Release: 2011
Rating: Rating Pending
Reviewed on: Xbox 360
Also on: PlayStation 3, PC When we first meet up with Hunted’s Caddoc and E’lara, they’ve obviously been questing together for some time. They share an easy rapport and a mercenary attitude about the cataclysmic events around them. The pair is clearly in it for the money, and when they help the masses, it’s more a result of happenstance than altruism. After spending a dozen or so hours with the duo, it’s easy to see why they’re so cynical: Their world is filled with repetitive combat and agonizingly boring puzzles masquerading as exploration. It’s enough to make you want to lay your head down on an anvil.

Hunted attempts to combine the thrilling action of a contemporary shooter with the adventuring and loot of a hack-and-slash RPG, which sounds like a promising concept. Ranged combat is typically an afterthought in many fantasy games, and giving it the same significance as melee is an ambitious twist. Unfortunately, the mix of genres ends up going down as smoothly as a lead and mead cocktail.

E’lara’s skill with a bow is refreshingly powerful, making her a formidable opponent from great range. I loved taking the time to aim each shot, making enemy skulls pop with a satisfying splattering sound. Once I realized that shooting from the hip was practically as effective thanks to the generous auto-aim, however, the combat took on an overall sameness that was hard to shake. Caddoc’s focus on melee is even less fun in practice; sword strikes have no fluidity behind them, and he feels less like a mighty warrior and more like a helpless goon who can’t do anything until he gets into striking range. Though each player has a preferred fighting style, they can also dabble in either ranged or close-quarters combat. Caddoc’s crossbow isn’t quite as strong, and E’lara’s skill with a blade is laughable at times, but it’s nice to have a little flexibility. Augmenting their physical combat, Caddoc and E’lara can also wield magic. An upgradable skill tree lets you pour magical shards into powers, though there aren’t any trade-offs between powers or decisions to agonize over. Adding the ability to cast chain lightning or temporarily toss enemies into the air doesn’t make the combat much more fun.

You’ll have plenty of opportunities to test out both characters thanks to a focus on co-op. When played solo, a competent AI steps into the boots of your teammate, and you can switch between who you control at various pedestals spread across the world. Support for online and split-screen co-op allows you bring in a human ally – if you can round up a suitable victim.

The spell effects are among the visual high points, though that’s largely a function of how drab the rest of the game is. I don’t expect to visit well-lit catacombs or monster lairs overflowing with color, but Hunted overdoses on earth tones. Graphical glitches are also commonplace. Some don’t do much aside from pulling you out of the experience, such as enemies floating in the air after dying or the dramatic bow finishing move freaking out at close range. Others are more troublesome. When I cleaned up loot from most major battles, items were almost always lurking beneath the ground beyond my reach. I knew they were there, thanks to the telltale shimmer, but I couldn’t pick them up. Those missed potions and elixirs can be critical, since you won’t encounter any stores to replenish your supplies.

Aside from working together in combat, each character has special abilities that are useful in solving the game’s puzzles. Caddoc can put his back into pushing heavy blocks, and E’lara can light torches with her arrows. There are a fair amount of optional side quests and places to explore off the critical path, though I quickly grew tired of them. Nearly every puzzle revolves around lighting fires or stepping on switches simultaneously. The characters themselves are keenly aware of this repetition as well, cracking jokes like “Haven’t we done this before?” Yes, you have, and you’re not the only folks who noticed. Joking about it doesn’t make it tolerable.

In addition to the campaign, there’s also an element of user-created content. In the Forge, you can take blocks of areas from the game and arrange them on a grid. From there, you can add in specific waves of enemies or grant characters bonuses or combat penalties. Unfortunately, the same problems that plague the campaign are here, including a lack of enemy types and predictable combat scenarios.

As much as Hunted grated on me, I really liked Caddoc and E’lara. Even though their physical designs ape the stereotypical buff dude and barely clothed sexy elf, their personalities transcend their clichéd appearances. Their relationship is based on mutual respect, and there isn’t any forced flirtation in their myriad conversations. The pair clearly enjoy each other’s company, and I would have loved to learn more about their past together. If that means having to play through more of this, though, I’ll just read some fanfic and call it good. 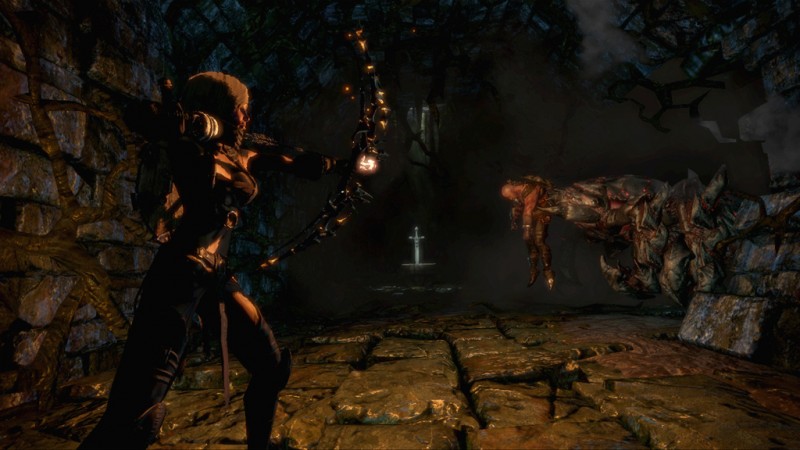 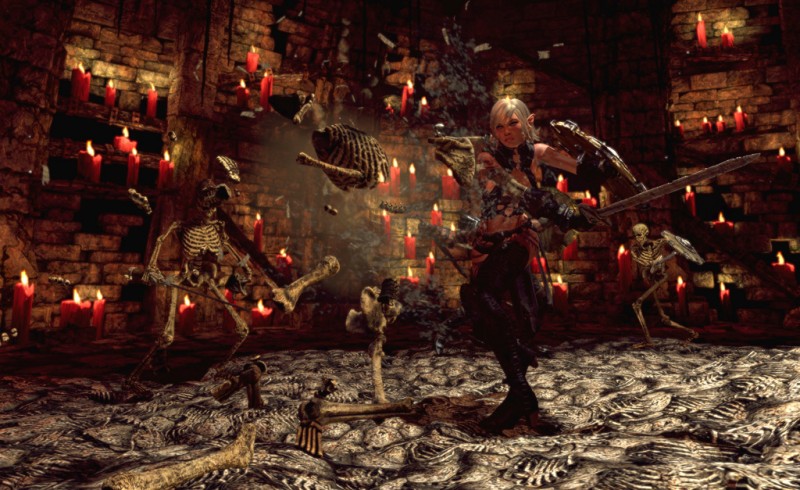 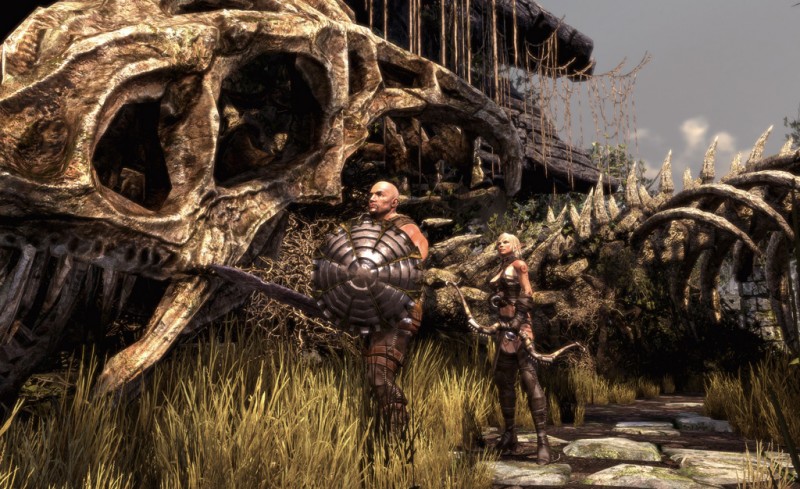 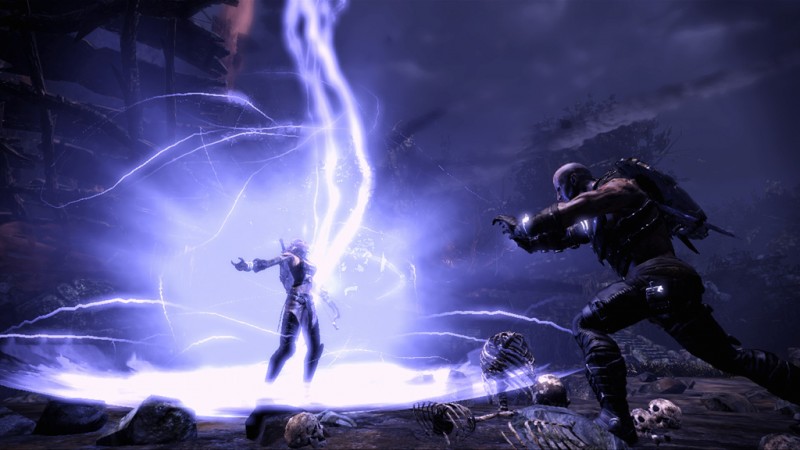 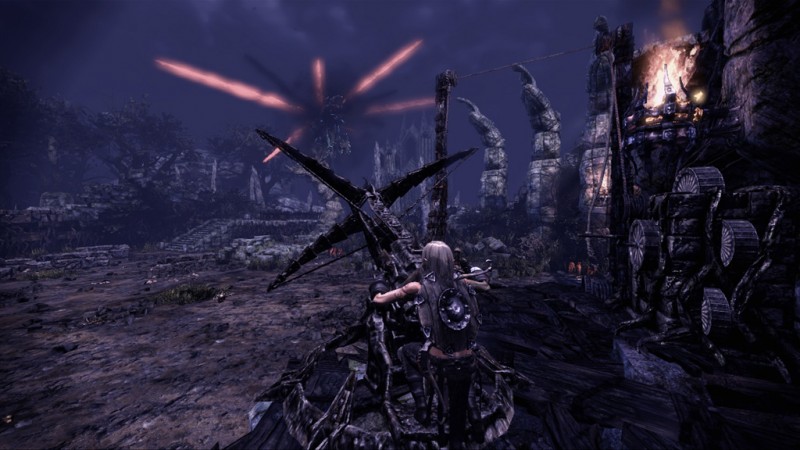 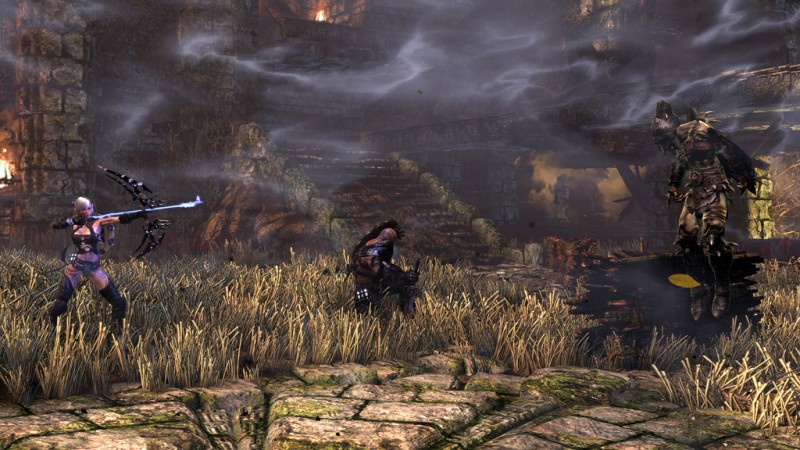 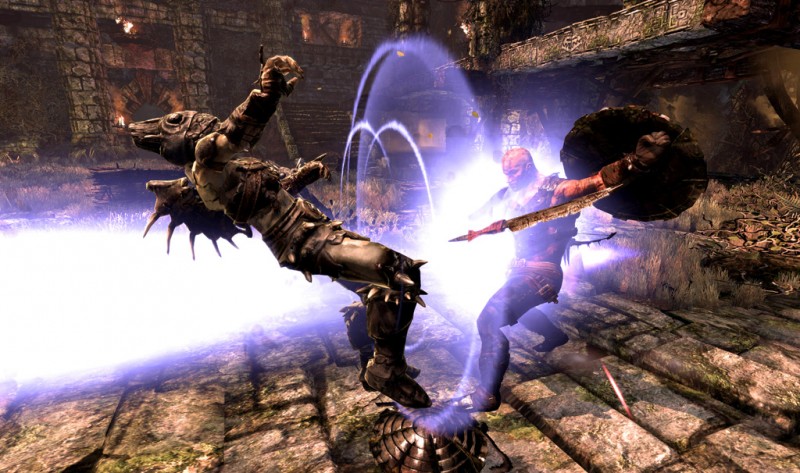 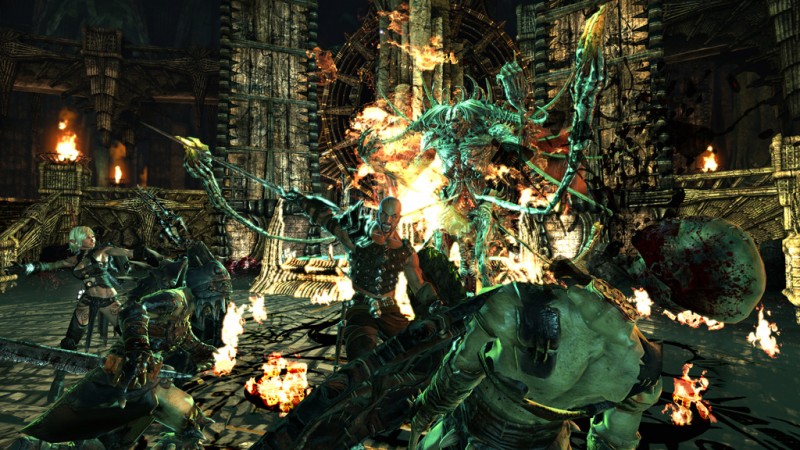 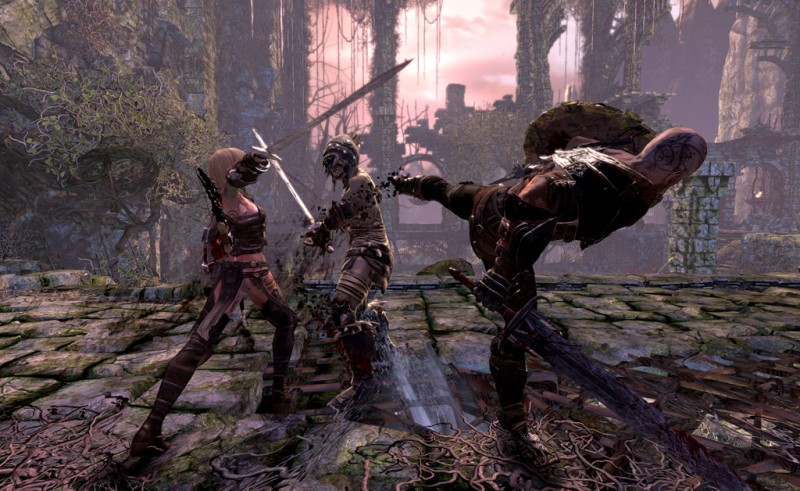 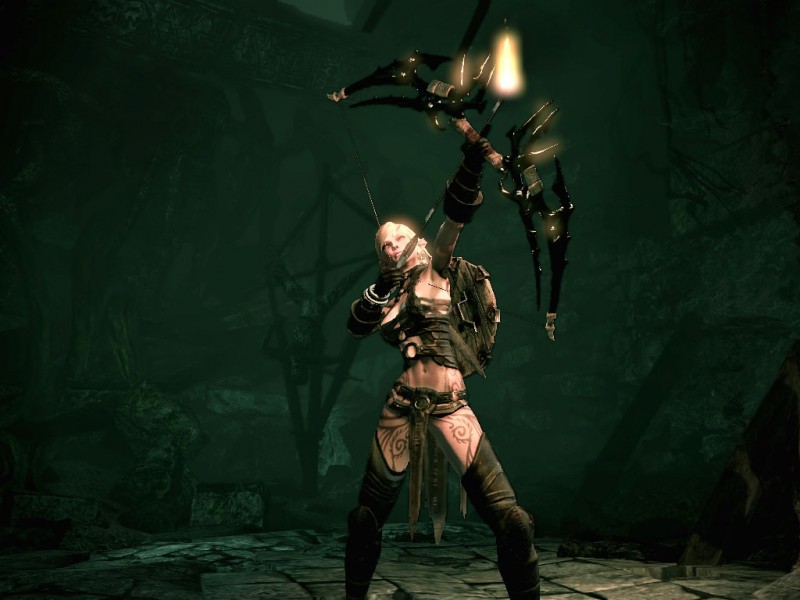 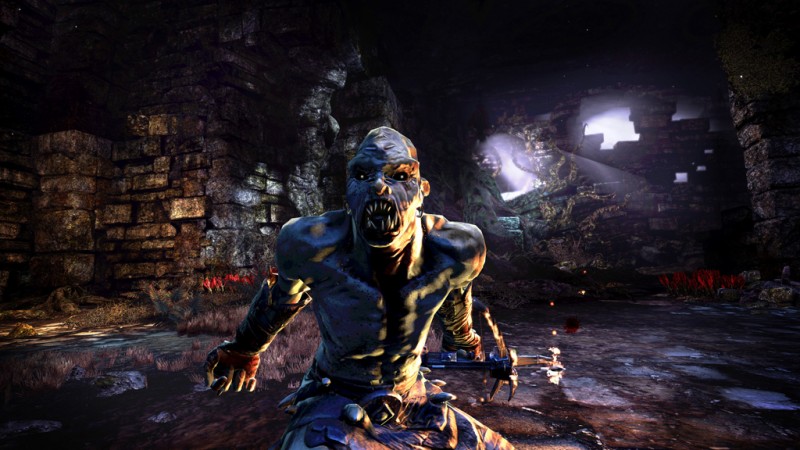 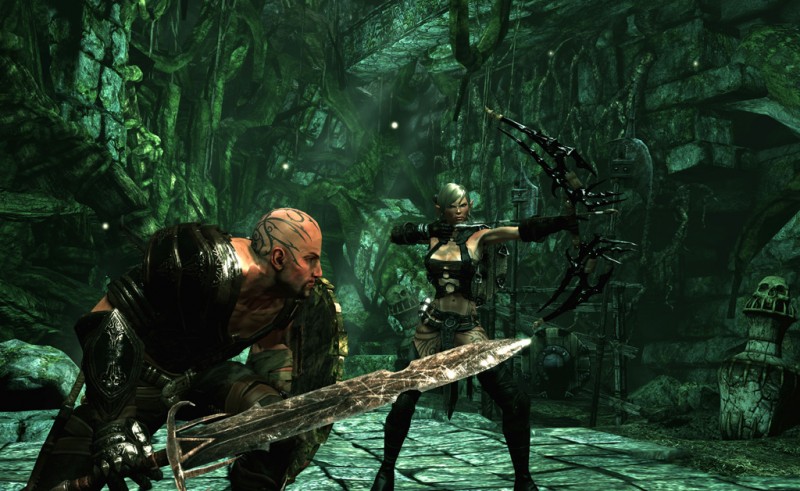 Purchase More Info
6
i
Game Informer's Review System
Concept Bring the gameplay of a modern-day shooter to a gritty fantasy setting
Graphics Glitches abound, and most of the environments are obviously recycled throughout the adventure
Sound The banter between Caddoc and E’lara is one of the high points, along with the rumbling, epic score
Playability The game controls well, but you’ll be sick of lighting braziers before long
Entertainment Fans of both shooters and fantasy games have far better options out there. Even if you crave a collision between the genres, play it before making an investment
Replay Low