Fight Robotic Dragons And Dinosaurs In Guerrilla's Debut Screens
by Matt Miller on Jun 16, 2015 at 02:56 PM The makers of Killzone over at Guerrilla Games surprised Sony’s audience on Monday with the announcement of Horizon Zero Dawn, a new action role-playing game with a stunning post-apocalyptic setting.

Horizon stars Aloy, a young woman from a tribal heritage living in a world many centuries after the fall of civilization. Her vibrant natural surroundings are filled with ancient ruins overgrown with plants, and humans have regressed to a primitive and less technological state of life. Amid the detritus of a fallen society, humans share the world with massive robotic creatures of many shapes and forms.

Aloy hunts these creatures, but we’re told that Horizon is about much more than the deep combat system seen in the game’s first video trailer. In addition, Guerrilla describes the game to be filled with a vast landscape of forests, mountains, and ancient ruins that all are affected by a constantly shifting weather and day/night cycle.

Guerrilla has released several screenshots that show off what Horizon Zero Dawn is going for when it releases in 2016. What do you think of this new PlayStation 4 exclusive? 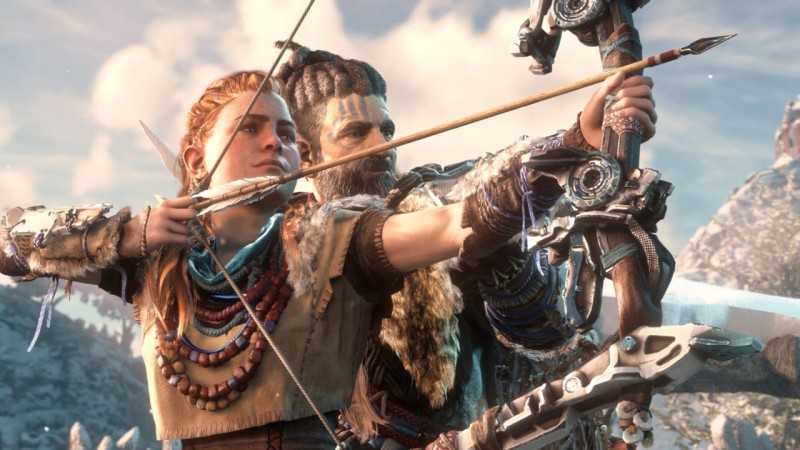 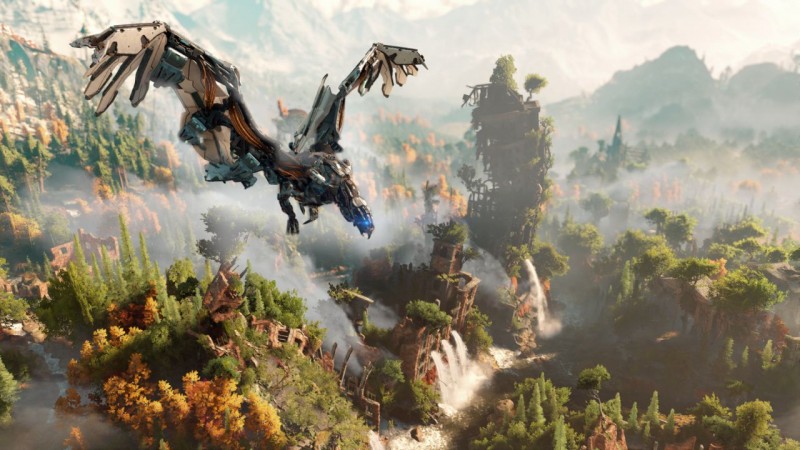 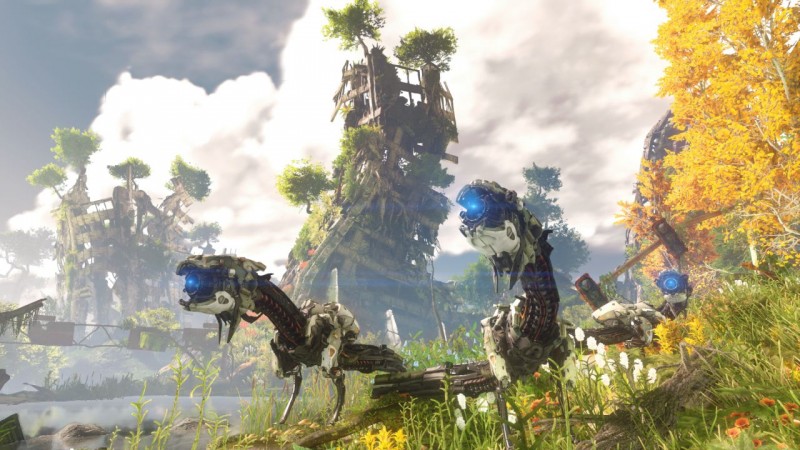 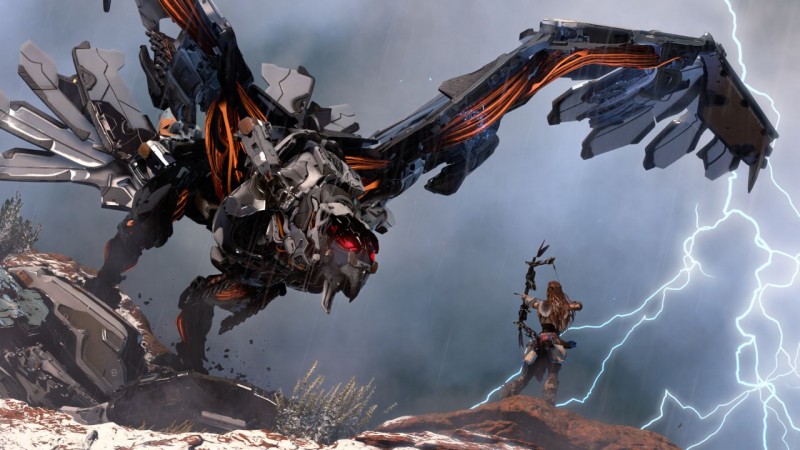 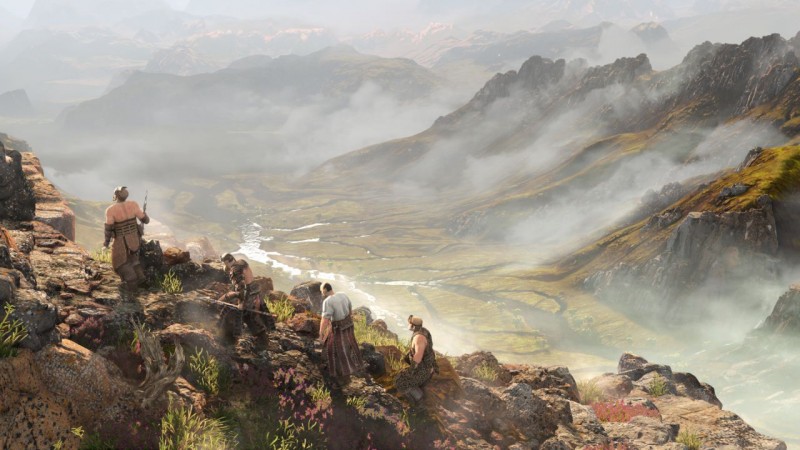 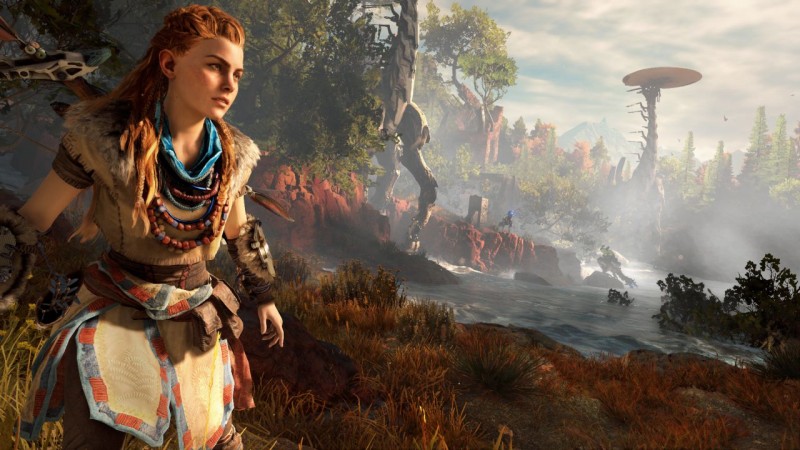 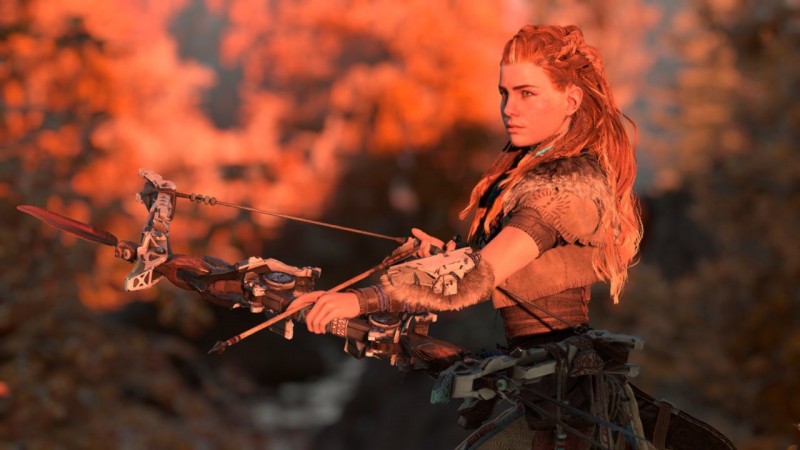 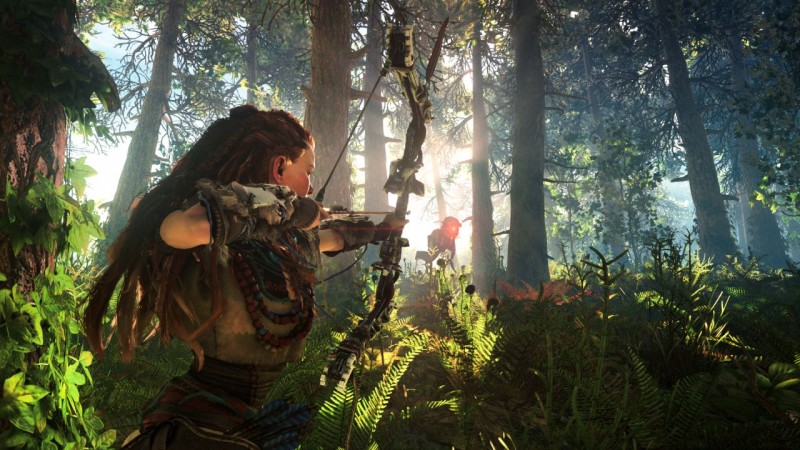 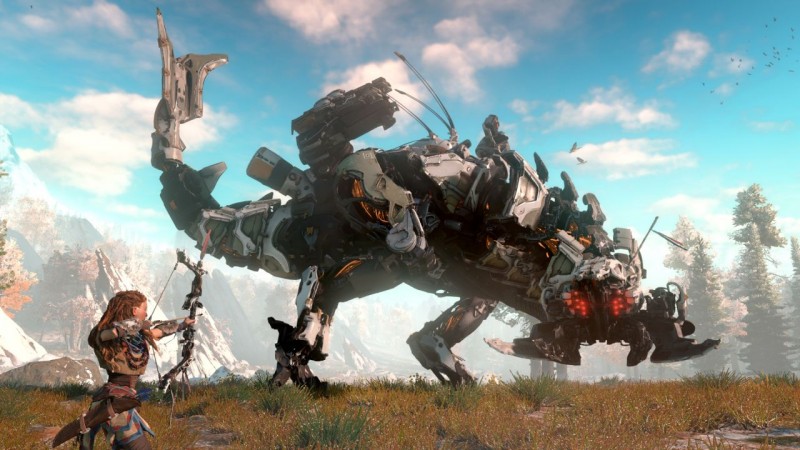