Until Dawn is an exciting anomaly in the adventure game genre, bolstering the choose-your-own-adventure formula with triple-A production values and truly meaningful choices that go above and beyond the offerings of its peers. For its follow-up, Supermassive scales back and streamlines the experience, offering a tense whodunnit mystery that is meant to be completed in a single sitting. As a result, Hidden Agenda doesn't pack the same punch as its predecessor, but offers interesting innovations and thrills along its malleable narrative.

Hidden Agenda follows the efforts of homicide detective Rebecca Marney (and a few colleagues) to track down and apprehend The Trapper, a serial killer with a penchant for rigging victims with deadly boobytraps. Like Until Dawn, players shape Marney's investigation via difficult choices and quick-time events, the results of which ripple throughout the branching narrative. Unlike Until Dawn, however, Supermassive has distilled the experience down to just the storytelling. You don't directly control characters or explore environments at your leisure. In fact, you won't even touch your controller after the game begins. All of your interactions – and those of up to five friends – are handled via Hidden Agenda's free companion app. The simple interface allows you to manipulate your own individual cursor on the television screen by dragging a finger across your phone screen to answer questions, activate timed events, and search for hidden objects at predesignated moments. The app also offers up information such as character bios and decision recaps as the story progresses. The system works surprisingly well, and provides a satisfying amount of agency over the story – provided your phone battery can handle it; I had to plug mine in well before the credits rolled.

I don't want to spoil any of Hidden Agenda's plot twists, but I was impressed with how differently my playthroughs turned out. My first one was abysmal: The killer went free, innocent characters died, and Marney ended up in hot water. Avoiding the same mistakes in my second playthrough led to entirely new scenes and opportunities; not only did I save the day, but I ended up with a better understanding of the killer's background and motive thanks to clues I missed in my first attempt. Unlike the head-lopping antics of Until Dawn, many of Hidden Agenda's choices focus more on character relationships than deadly action, though lives are occasionally still on the line. Who you trust (and who trusts you) has a major impact on the ending, as simply identifying the Trapper isn't enough – you also have to build a case against the killer. While Hidden Agenda's narrative ultimately isn't all that grandiose or complex (and my knee-jerk assumption of who the killer was proved correct), I enjoyed the steady string of minor revelations and risky options I was forced to choose between.

Unfortunately, the competitive mode – which periodically gives players their own hidden agendas to complete without getting caught – doesn't fare as well. Because the secret objectives are just randomly pulled from the regular story choices, they feel arbitrary and pointless, like having Marney share her feelings with her captain during an innocuous conversation. They also slow down the pace and detract from the plot players are trying to shape, so groups are far better off sticking to the cooperative story mode. After multiple playthroughs, I still have mixed feelings about Hidden Agenda's length, which clocks in around two hours. On one hand, I appreciate being able to play through the story in a single sitting. This is downright vital when playing with friends, since no one wants to come over to sit through half a mystery. However, the short runtime fundamentally limits your investment in the characters and world. The inability to return to checkpoints or skip cutscenes on repeat playthroughs also hurts; I would love to see how one or two key decisions might affect the outcome, but not enough to play through the entire story yet again. Despite being more focused, Hidden Agenda suffers from more technical hiccups than its predecessor. Some characters look unnatural and downright creepy, and the branching story leads to some rocky transitions in conversations.

As someone who has grown increasingly wary of the rote formula most modern adventure games cling to, Hidden Agenda is another fresh and worthwhile experience from Supermassive. It may not have the same impact or polish as its predecessor, but it provides an evening of solid entertainment and a great alternative to the standard choose-your-own-adventure fare. 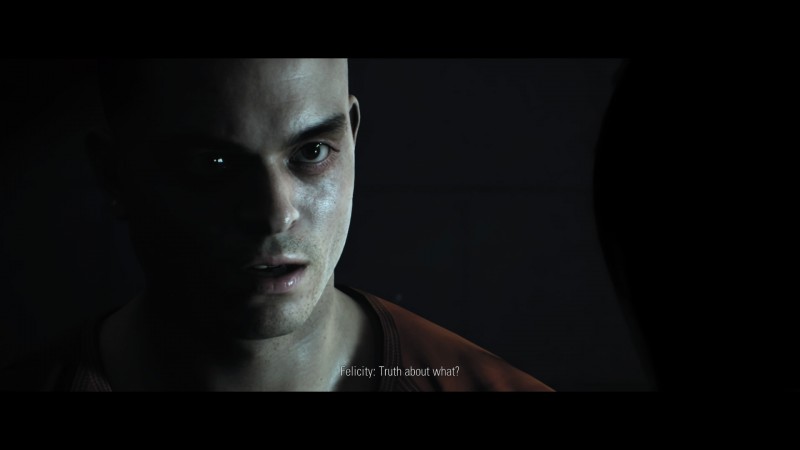 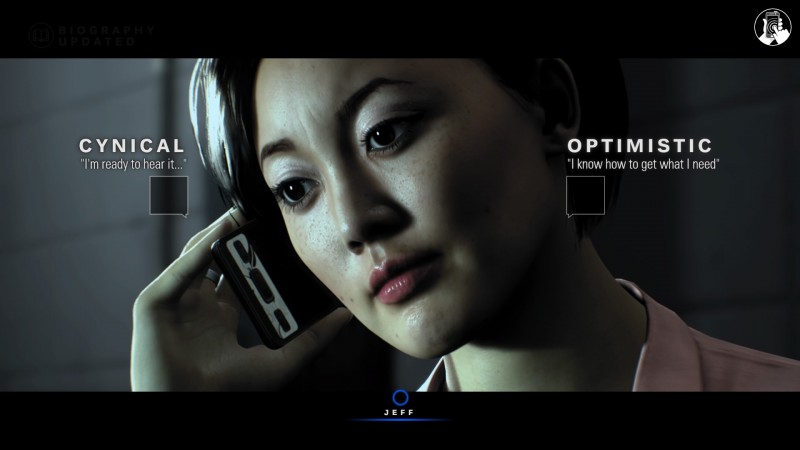 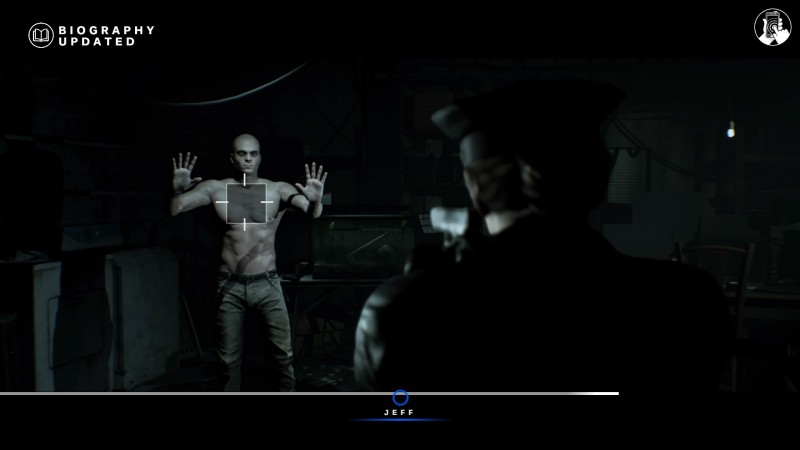 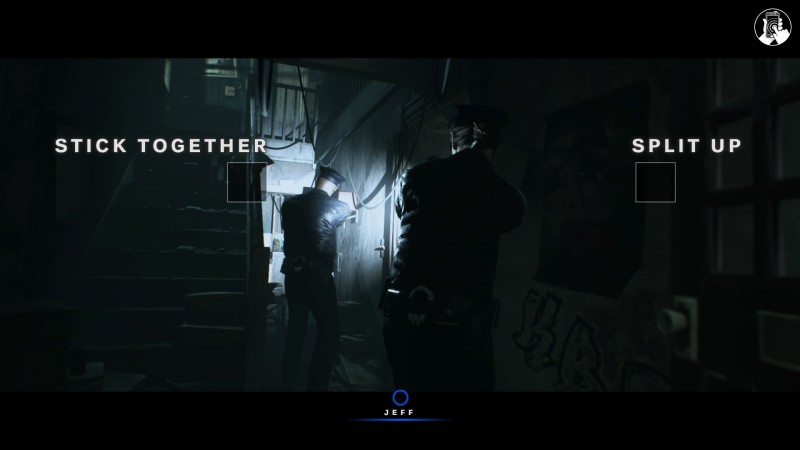 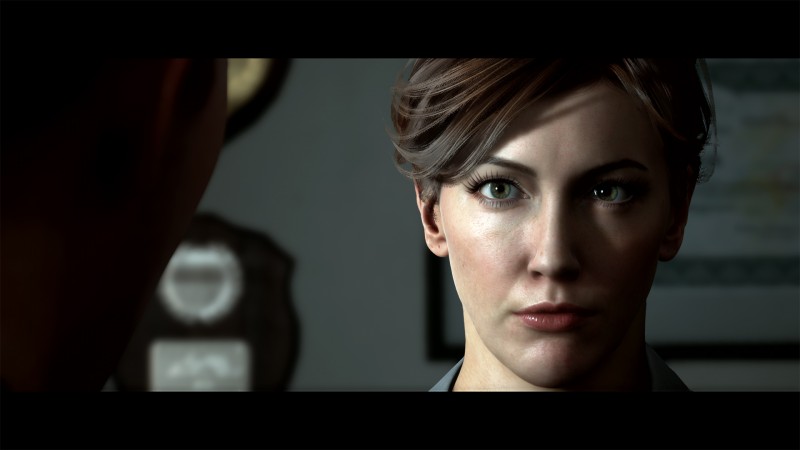 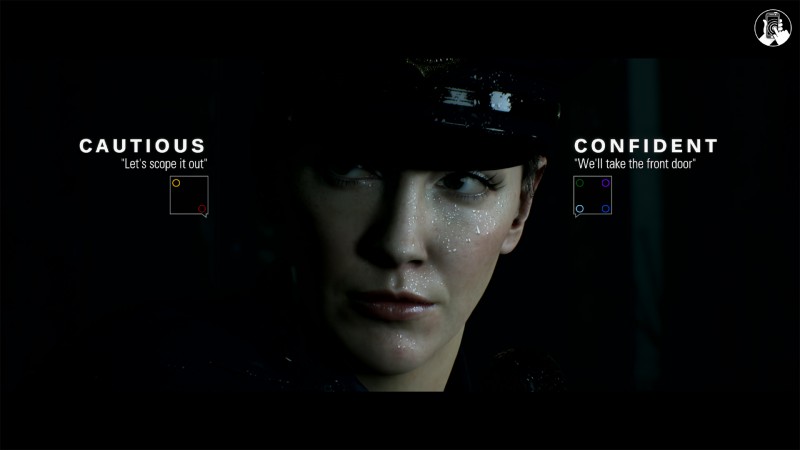 8
About Game Informer's review system
Concept
Shape the narrative of a whodunnit thriller with simple QTEs and difficult choices, all in a single sitting
Graphics
Hidden Agenda lacks the same impeccable polish of Until Dawn, which lands many of the characters in the uncanny valley
Sound
Some voice actors are better than others, but the performances are solid in general
Playability
A slight delay between your smartphone and onscreen cursor can be a bit frustrating during some of the faster QTEs. Otherwise the interface works surprisingly well
Entertainment
Hidden Agenda doesn't live up to Supermassive's interactive take on the teen slasher genre, but still weaves a suspenseful mystery worth more than one playthrough
Replay
Moderate