Captain Olimar has crash-landed so many times they should revoke his astronaut license. Fortunately, the adorable, plant-like creatures known as Pikmin are always eager to help this hapless alien piece together this ship and send him home. After crash-landing on another foreign world full of Earth-like relics in Hey Pikmin, Olimar’s colorful friends welcome him with open arms again – but I was inclined to leave him stranded. Hey Pikmin compresses Nintendo’s unusual spin on real-time strategy into a 2D, side-scrolling adventure, and it loses a lot of the strategy in the process.

Pikmin games have traditionally been about amassing an army of little creatures, and then using that battalion to destroy monstrous bugs, build bridges through hostile environments, and ultimately find rare treasures. These basic elements are still present in Hey Pikmin, but in much smaller degrees.

This new side-scrolling view means Olimar can no longer sidestep enemies. Instead of introducing new challenges or building unique combat encounters around this limitation, Nintendo has simplified enemies’ behavior to the point where none of them are a threat. As long as you’re not tossing Pikmin directly into your enemy’s mouth while it paces back and forth, you’re fine.

Hey Pikmin’s puzzles are also extremely simple, and usually boil down to tossing Pikmin around obstacles, or making sure you’re using the right type of Pikmin for a given situation. You might have to use a few yellow Pikmin to connect an electrical circuit that opens a new path, or use flying Pikmin to lift a series of platforms that allow Olimar to reach higher platforms. Puzzle solutions are always readily apparent and require little skill to execute.

Slowly raising a tiny army to do your bidding has always been one of the biggest draws for the Pikmin games, but Hey Pikmin doesn’t let you carry Pikmin over from one level to the next, which diminishes that sense of progression. Instead, your Pikmin are sent to a hub area called Pikmin Park. In Pikmin Park, you can send your little critters on missions to collect more treasures, but this process involves no strategy, and the treasures they return with are insignificant compared to what you acquire completing the main missions.

Pikmin could work in 2D, but Hey Pikmin isn’t the game to make it happen. Nintendo’s low-impact blend of strategy and action flounders between relaxing and boring. I sometimes felt compelled to replay Hey Pikmin’s levels to find the treasures I’d missed the first time around, but I never found what I was hoping to: a richer strategy experience. 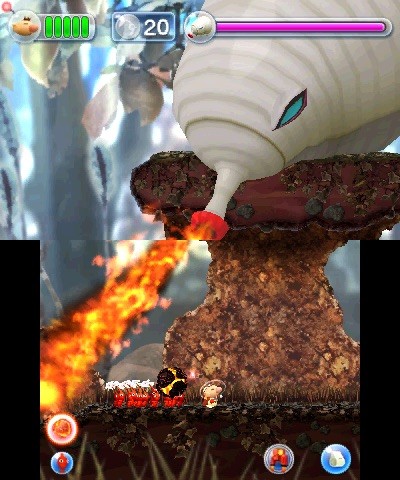 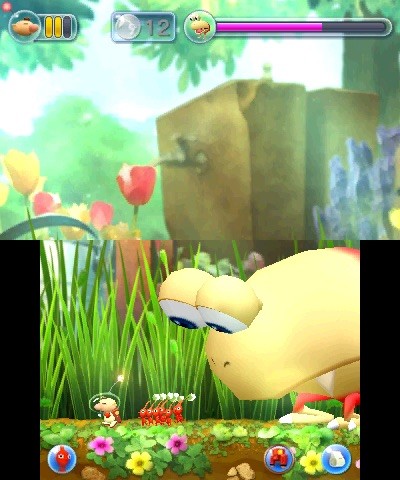 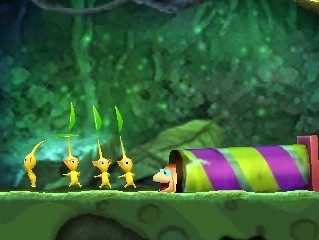 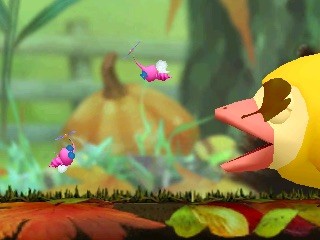 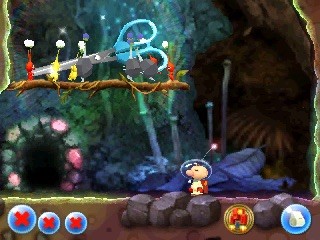 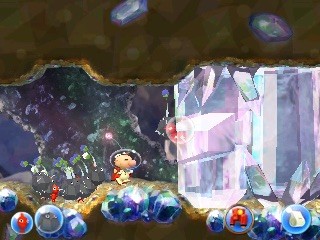 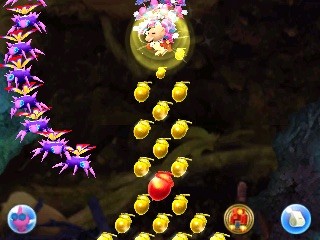 6
About Game Informer's review system
Concept
Captain Olimar is back to command a tiny army of Pikmin as he gathers trash to power his ship
Graphics
Exploring an Earth-like landscape as a tiny alien creature still holds some appeal, but the 2D backgrounds look like low-grade storybook art
Sound
The soundtrack remains upbeat and pleasant, but the squeals of dying Pikmin still leave me with pangs of sorrow
Playability
The simplest Pikmin game to date. Killing enemies, solving basic puzzles, and collecting items involves little strategy
Entertainment
Olimar’s latest adventure isn’t difficult, but it feels tedious
Replay
Moderately low