Although it sits squarely in the realm of horror, Here They Lie borrows more from narrative-driven games like Firewatch or Gone Home than Resident Evil or Silent Hill. The most intricate puzzle it employs is figuring out where to go (which is usually obvious). But it benefits from that minimalist approach, since the best parts of the game come not from what you’re doing, but from exploring a world that’s equal parts intriguing, repulsive, surreal, and grim.

Despite being an exclusive launch title for the PlayStation VR, Here They Lie isn’t too concerned with showing off the benefits of Sony’s new tech. It is not a series of gimmicky actions designed to show you what the peripheral can do. Instead of acting as a tech demo, it crafts a thoughtful, interesting world without relying on VR to do the heavy lifting. And by not leaning too heavily on the trappings of its platform, Here They Lie makes a strong case for how VR can improve the kinds of experiences we’re used to playing.

For one, VR enhances the game’s strongest asset: its visual splendor. The game is almost entirely in black and white, but the contrast between the two (and the occasional flourish of red or yellow) gives the game a strong tone. The environments are solemn, unsettling, and surreal, and the PlayStation VR headset works to make them feel that much more imposing. As you walk around a town full of claustrophobic, rundown alleys that seem to fall on top of each other, being able to look directly up and see how cluttered the skyline is makes them feel more cramped; conversely, when you find yourself beneath a slew of expansive, crisscrossing highways, the sense of depth makes me feel that much more alone.

Most of the environments are quiet and project a feeling of wistfulness, but a few of them are oppressive and garish. At one point, I stumble into a red-light district in the middle of an underground city, with all the seedy businesses and activities that entails. Its residents, who wear wolf or pig heads atop soiled tank tops and dresses, don’t seem to notice me. As I stumbled around, the limited viewing angle of the headset meant I was always looking over my shoulder, waiting for the next jump scare.

Those scares don’t come, because that’s not what Here They Lie is going for. As you approach the story’s climax, the environments clearly signal the coming of the game’s most terrifying enemies, and I had plenty of chances to run away from them. There are a few sections where you have to sneak your way around enemies you can’t kill, but if you die, you come back nearby, the enemy who killed you usually disappears, and you can forge ahead unabated. So instead of frightening me, Here They Lie consistently left me to fester with my own unease. Instead of a horror film, its best moments channel David Lynch’s more surreal works, like Eraserhead and Rabbits – but, y’know, a little more coherent. Some of the later imagery is downright psychedelic, and I appreciated the visual variety. And, like a good Lynch film, that brooding uneasiness stuck with me for longer than a series of jump scares.

As much as I enjoyed wandering around its various locales, Here They Lie’s actual, explicit narrative isn’t as good the one its environments suggest. Throughout my journey, I followed the trail of a woman in a yellow dress, who’s introduced as a love interest. The moments you find her feel like they should be important, but the snippets she and your character act out didn’t make me feel invested in what was going on. Notes littered throughout give the story a bit more presence, but they feel like a set up for a twist that doesn’t come. I can infer some of the story from what the notes said, but I don’t think I have a good idea of what actually led me to this world.

More interesting than the written notes are photos of flowers or train stations that trigger audio snippets, which are less connected to the story but are more in line with the tone of the environments. The dialogue in these snippets sounds more like someone is being interviewed man-on-the-street style than actors delivering lines, I but actually enjoy the looseness of the delivery, since it makes them sound more natural and adds to the surreal flavor.

While the story of what happens to the main characters is unfulfilling, the descent into the hellish world of Here They Lie is, on its own, worth taking. Its dreary, evocative environments, dark tone, and horrific imagery would stand out even outside the realm of VR games. Some of its places, acts, and monsters will stick with me for a while. It creates a strong sense of place, and while I wouldn't say VR is crucial to experience, it definitely amplifies it. I may not fully get what happened during my time with Here They Lie, but I’m more than satisfied (and a little uneasy) about what I saw along the way. 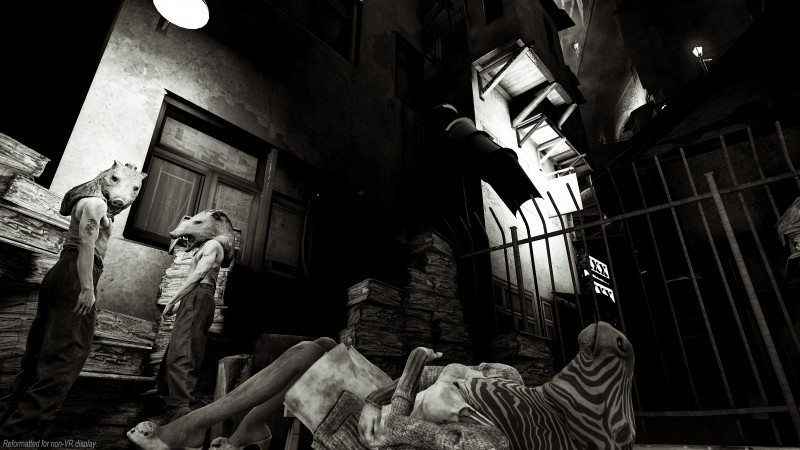 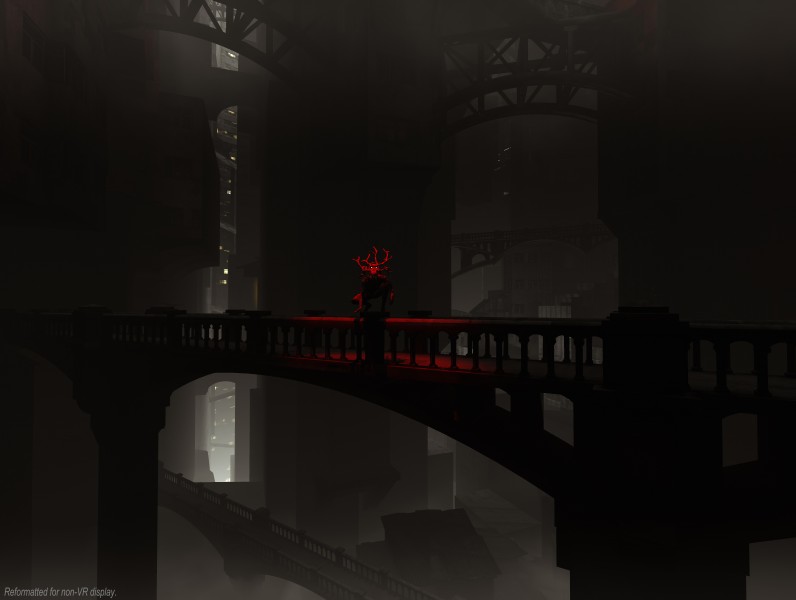 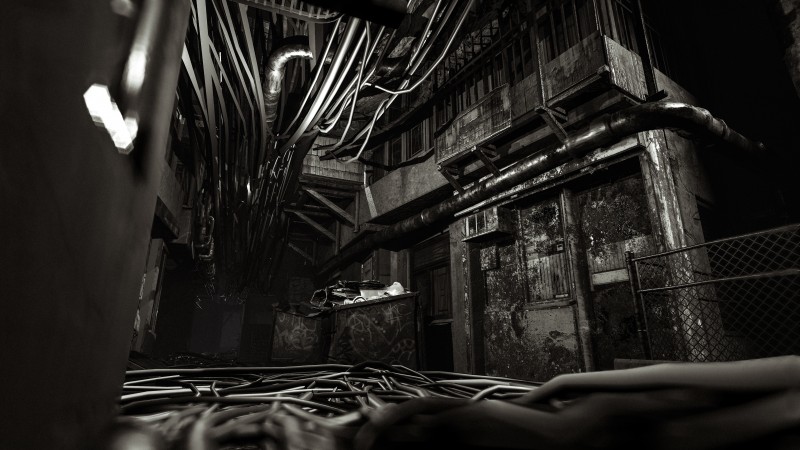 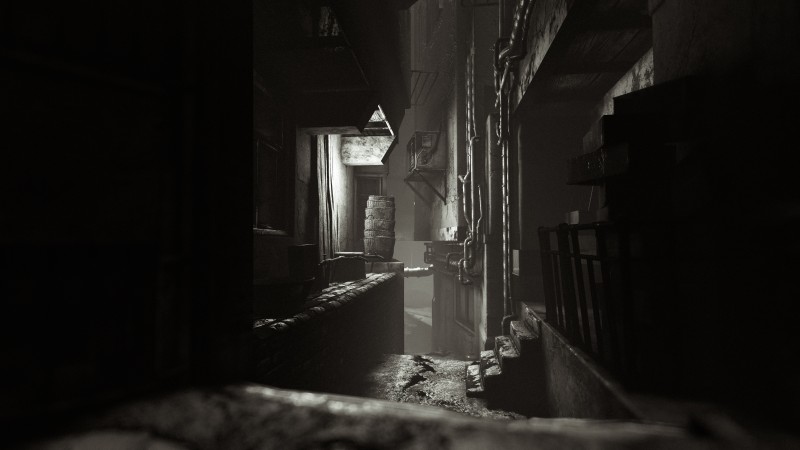 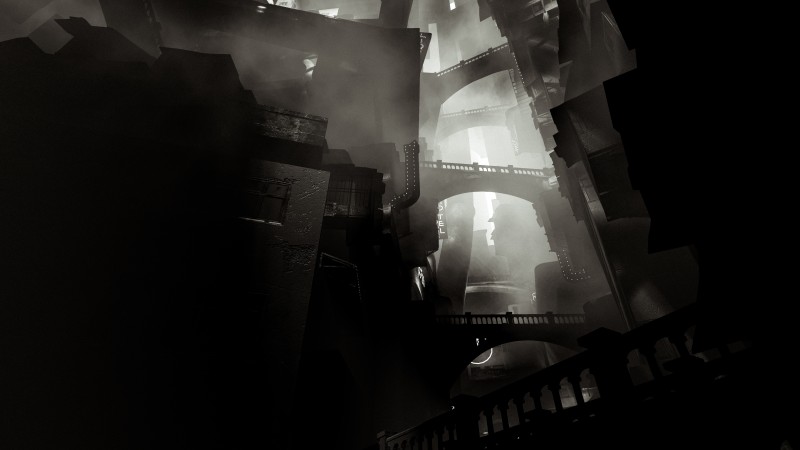 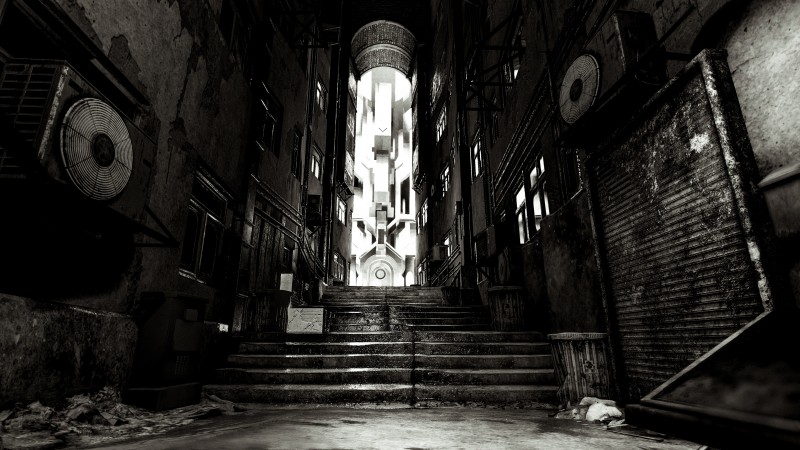 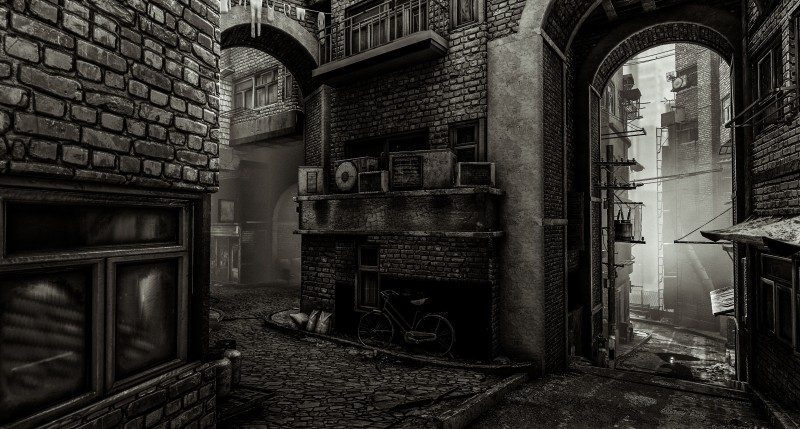 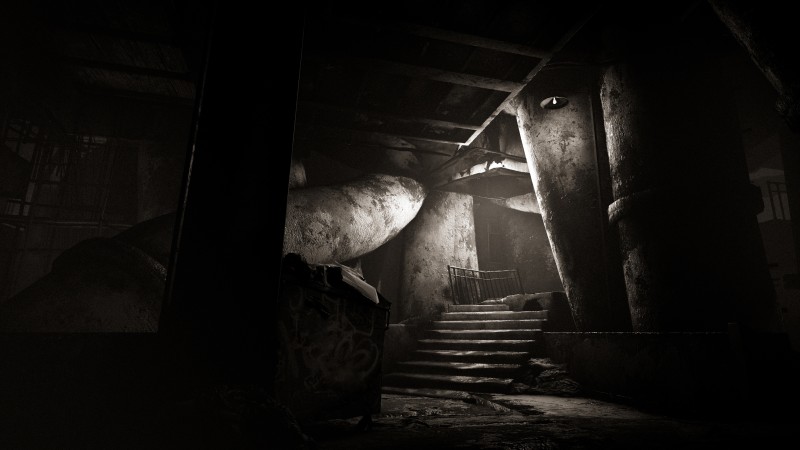 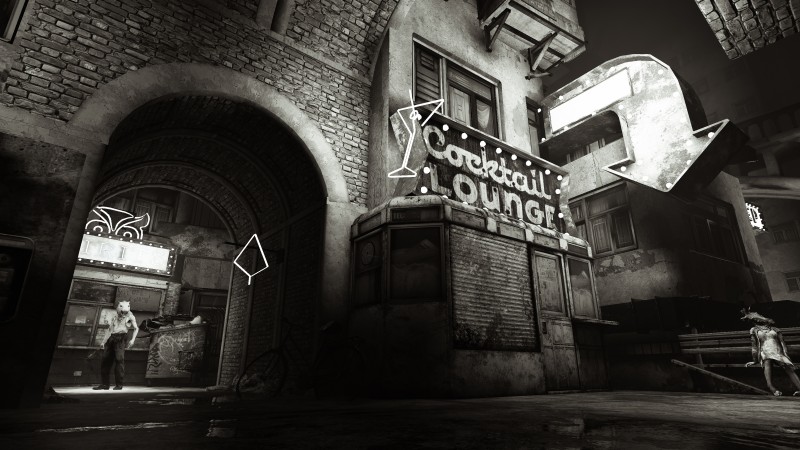 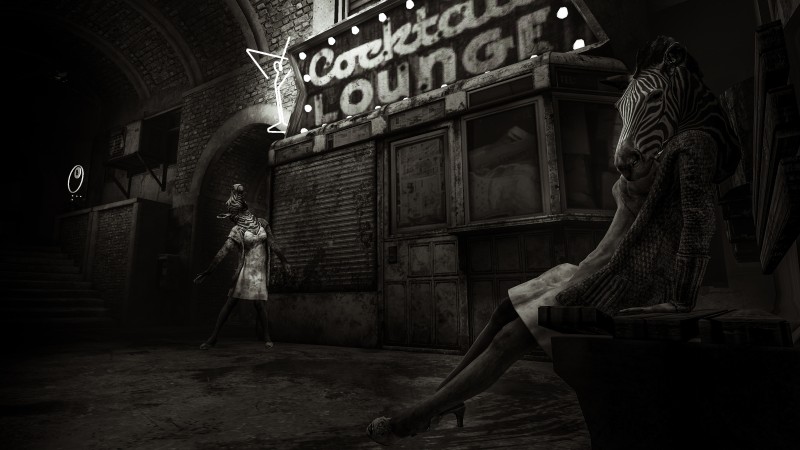 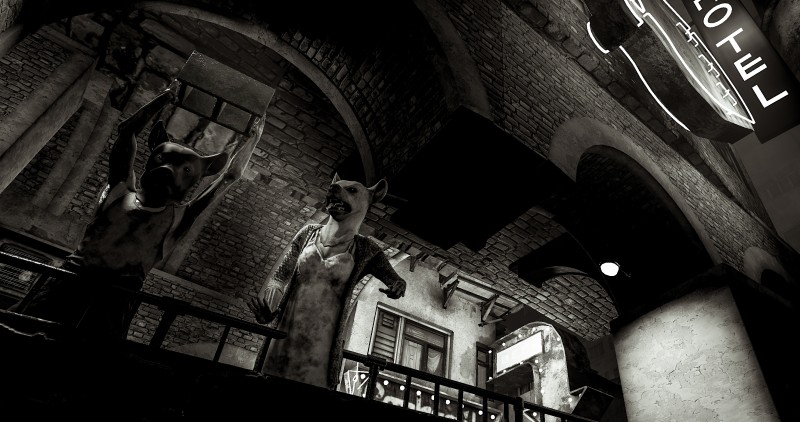 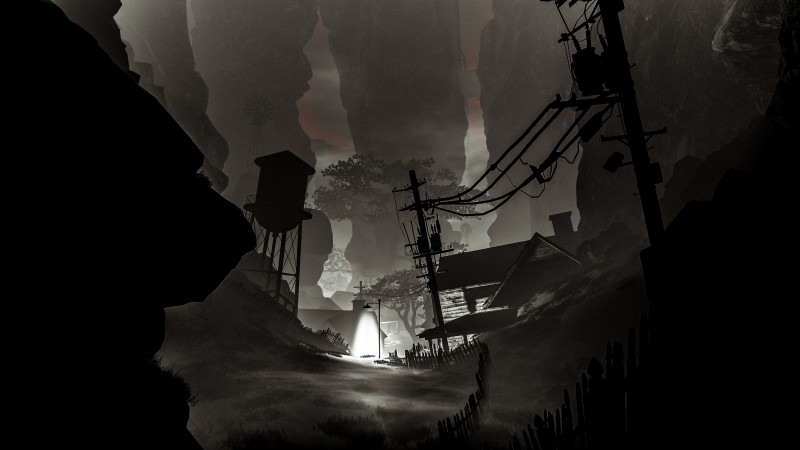 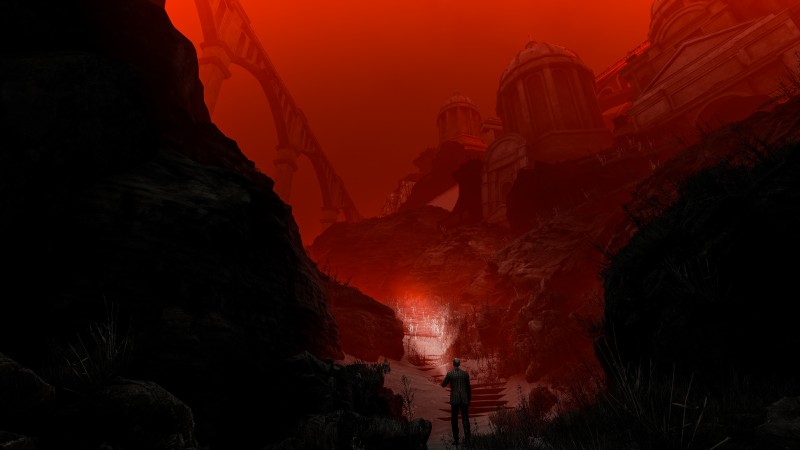 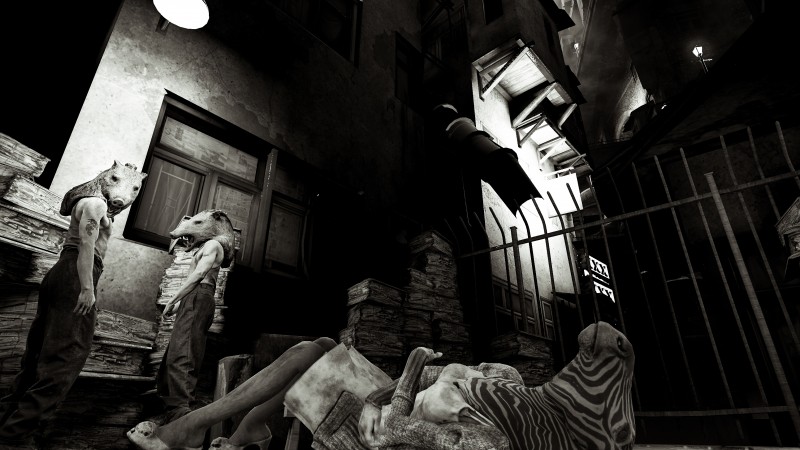 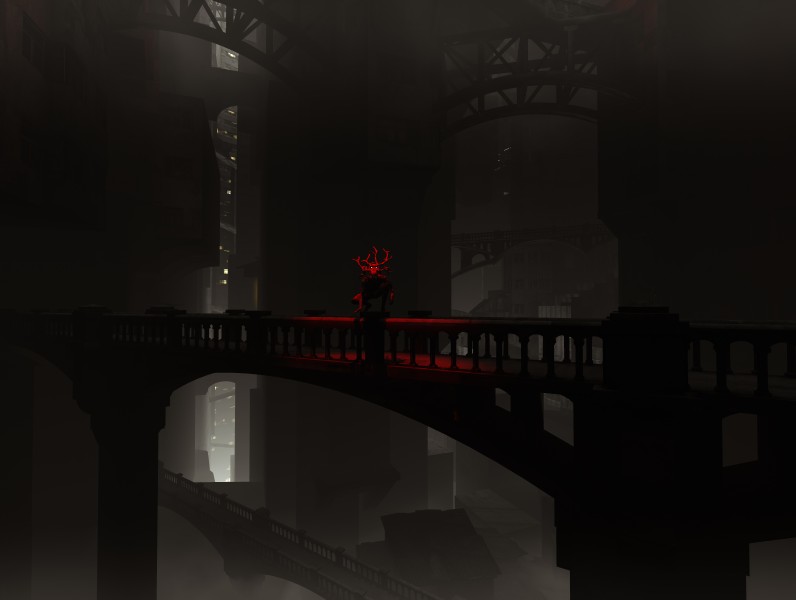 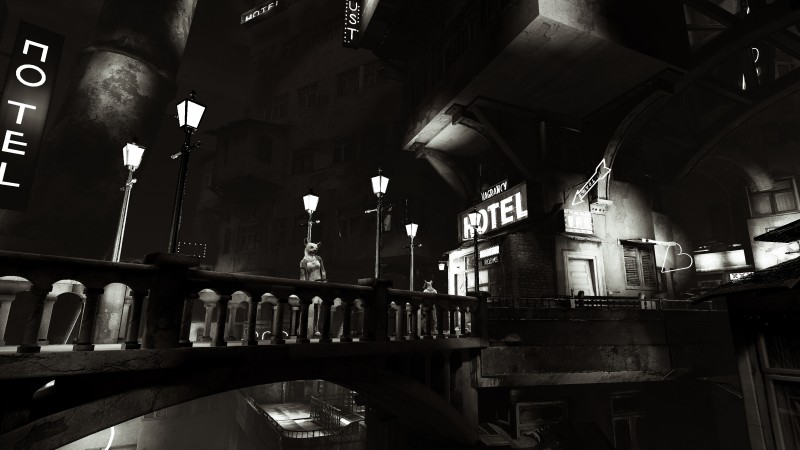 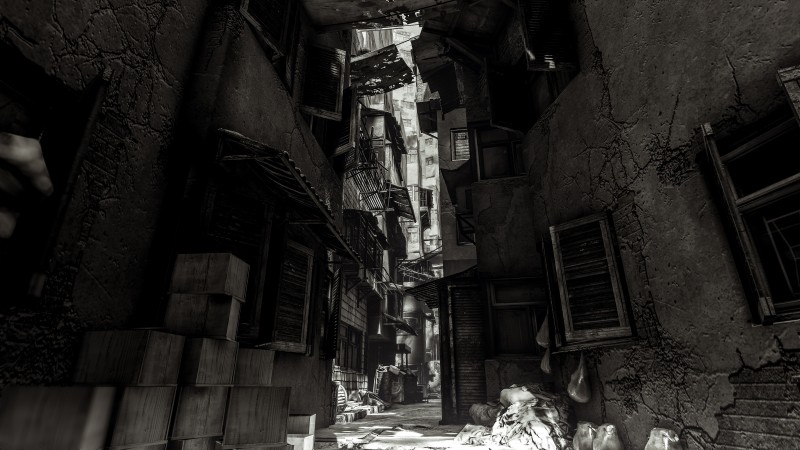 8
About Game Informer's review system
Concept
Walk through an oppressively dark world inspired by surrealist cinema
Graphics
Textures aren’t eye-popping, but the environments convey a powerful sense of scale in VR
Sound
Mostly low tones and orchestral backing. Not much to recall afterward, but it does the job of creeping you out.
Playability
Your range of activities isn't varied; it’s mostly about what you’re seeing
Entertainment
You’ll want to see everything the game has to offer, then show your friends to justify the new PlayStation VR you just bought
Replay
Moderately Low