There’s really no other way to put this: In Headlander, you play as a disembodied head. Fortunately for you, the space-age setting is tailor-made for someone in your predicament. Humanity has opted out of its flesh-and-blood cages in favor of uploaded consciousness and robotic bodies. With a little ingenuity and suction, you can pop off the heads of friendly NPCs and enemies and take over. It’s definitely weird (did I mention it’s a Double Fine game?), but this Metroid-style adventure is more than just its oddball concept.

After awakening from cryosleep, you learn that what’s left of humanity is being controlled by an A.I. named Methuselah. A friendly voice fills you in on the details, serving as a near-constant guide, putting waypoints on your map to keep the journey moving. In those early moments, you get a sense of just what you can do. Being a bodiless head is disconcerting at first, but it has advantages. Your helmet is equipped with thrusters, and using them to hover and zoom around the 2.5D environments is simple and satisfying. You also have access to a vacuum-like ability, which can be used to not only wrench heads from their bodies, but access panels from walls. And don’t worry: You’re told early on that the people you “liberate” from their bodies instantly have their consciousness zapped into a new body.

These new bodies let you access different areas. Doors are controlled by a snarky A.I., who keeps a close eye on who passes through. Just about anyone can get through plain doors, but others require more specialized bodies. Guards and other hostiles are helpfully color coded, which allows them to walk through similarly colored doors unhindered. If you yank off a red guard’s head, you can then cruise through red doors. The environments are maze-like, but navigating them is simple thanks to an onboard map and myriad shortcuts. While backtracking is a necessary part of the game, it doesn’t feel punitive – aside from having to juggle bodies to operate elevator platforms, which is a common occurrence in the second half.

Depending on the body you’re using, you have access to different weapons. You aim with the right stick, and you can take cover behind various objects. Taking the time to aim is important, since you can bank your energy beams off background objects for some slick trick shots. While it’s viable to blast enemies away until they explode, I quickly learned that a take-no-prisoners strategy wasn’t the smartest play. Going for headshots not only neutralized threats, but it was a clever way to reward accuracy, since I could plop onto the intact body and hijack it without spending time extracting the head. Headlander settles into a rhythm quickly, for good and bad. One of the things I like about this genre is how you can see a place that’s inaccessible, knowing you’ll eventually get a skill allowing you to get there but not quite knowing how. That element is here, but it’s reduced, since the majority of the time you know that getting behind that blue or yellow door is just a matter of finding a blue or yellow body. You gain abilities through item pickups and a skill tree, but these either offer additional health or energy pips or subtle tweaks to your core set. However, Double Fine deserves a standing ovation for resisting the urge to create lame puzzles with pressure pads.

The base framework is simple, but presents interesting and memorable showcases. One highlight takes place in a rogue A.I.’s weird version of chess, where humanoids with chess pieces run around an arena battling it out. You have to masquerade as various pieces, download data from terminals, and hustle over to the upload station alive. All the while, you’re in the middle of a firefight between both factions. It was a frantic change of pace from exploration, and I loved it. I wish I could say the same for the boss fights, which are rare bummers. They either require bizarrely elevated levels of precision or rely on mechanics that you don’t otherwise use. They’re not impossible, but considering the how player-friendly everything else is, they feel harsh.

Headlander doesn’t forge a bold new path, but it’s a lot of fun to live in its strange world for a while. Its various elements are well trod – ‘70s aesthetic, Metroid-style exploration, big questions about the nature of identity and consciousness – but they’ve been arranged in a fascinating way that feels fresh. 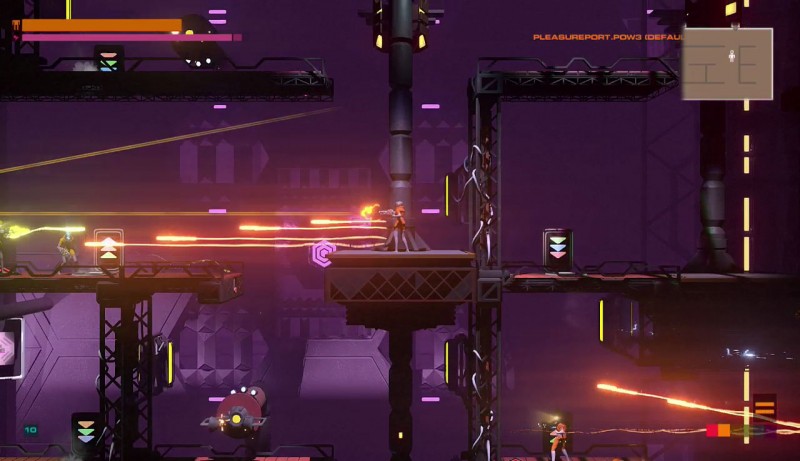 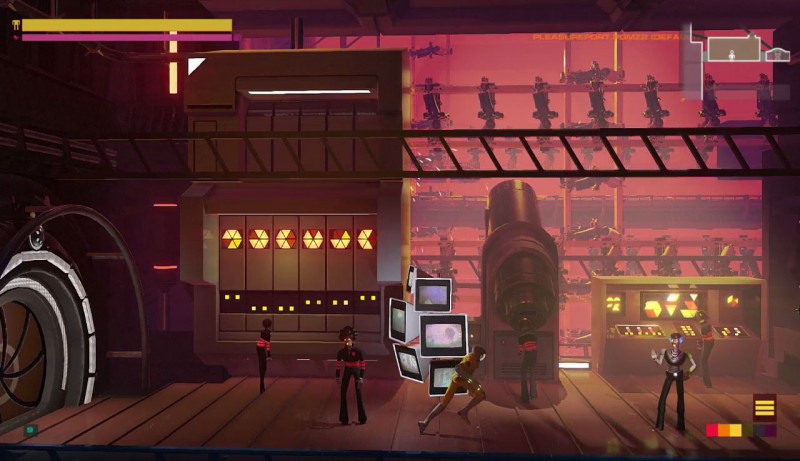 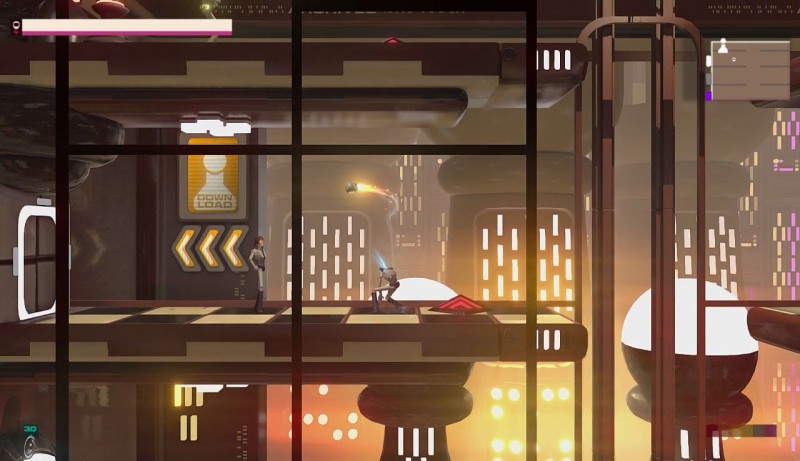 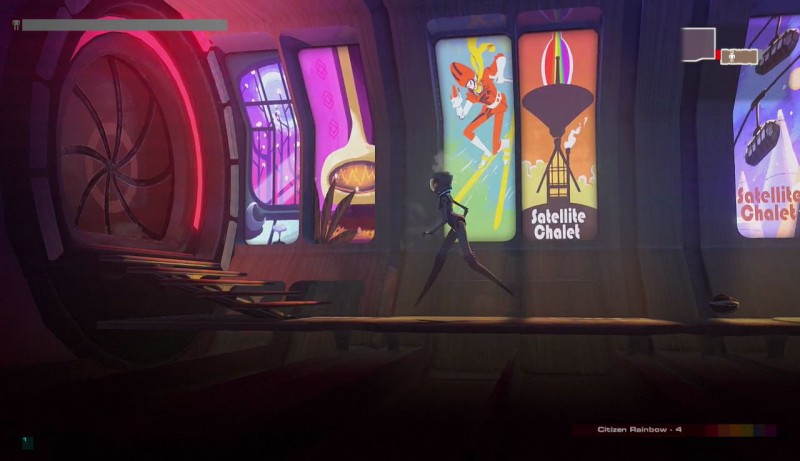 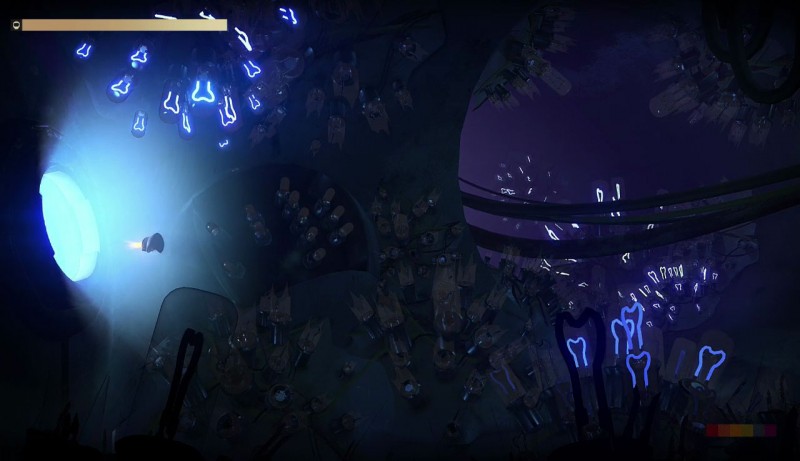 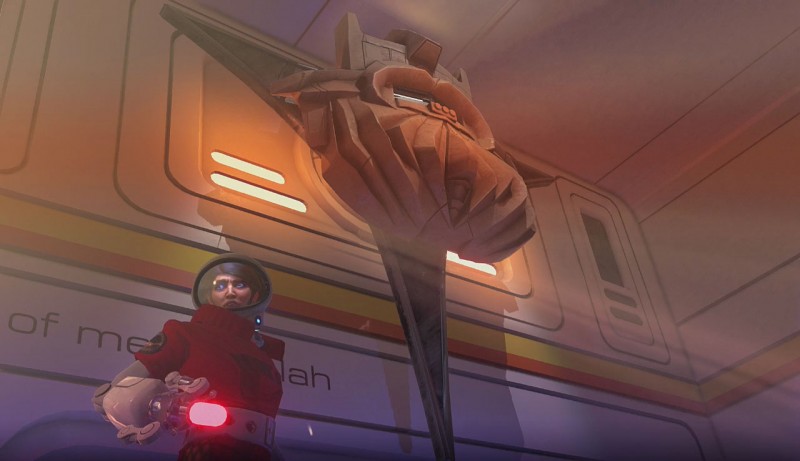 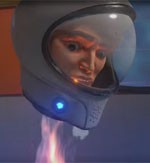 It’s definitely weird, but this Metroid-style adventure is more than just its oddball concept.

Purchase More Info
7.5
i
Game Informer's Review System
Concept Take control of a floating head – and a variety of robotic bodies – to navigate labyrinthine environments and solve the mystery of your existence
Graphics Double Fine displays a loving homage to ‘70s sci-fi chic in all its shag-carpeted glory
Sound The soundtrack is a great accompaniment to the retro style, with lots of synths and spacey effects
Playability Controls are easy and intuitive, and piloting your disembodied head around is a surprising joy
Entertainment The game is loaded with Double Fine’s signature humor, from snappy dialogue to turrets that apologize while firing at you
Replay Moderately low