The first part of J.K. Rowling’s Harry Potter and the Deathly Hallows is not exciting. Since the kids spend most of their time wandering through the woods and hollering at each other, the video game based on those events was unsurprisingly awful. With the second part of the final film hitting theaters, the team at EA Bright Light has a chance to correct the mistakes of the previous game and give Harry Potter a fitting send-off. Instead, the Boy Who Lived goes out with all the flair of a botched polyjuice potion.

Deathly Hallows Part 2 is a better game than Part 1. You change your active spell by tapping buttons instead of pulling up a cumbersome weapon wheel, the terrible stealth segments are gone, and the cover system actually protects you from enemy fire. The execution is still uneven, but these changes upgrade Part 2 to  “Playable Game” status. Don’t get too excited, Potter fans: This game is still a long way from being fun or engaging.

From Gringott’s Bank to the Battle of Hogwarts, Harry’s adventures are without exception repetitive and dull. Like the last entry, the action is modeled after third-person shooters like Gears of War, but the gameplay doesn’t deserve such a complimentary comparison. Each level is a constant flow of generic bad guys with little variation and an AI that barely allows them to stand upright, much less attack with any strategy. The resulting firefights feel like shooting fish in a barrel; I only died once, when I accidentally unpaused the game while I was eating lunch at my desk.

Plowing through hordes of Death Eaters takes up the majority of your time, though some other brief and unsatisfying segments add slivers of variety. From the “run away from something chasing you” sequences to the wizard duels, the only deviation from the formula that works is when the game puts you in control of supporting cast members like McGonagall and Neville. Most of these characters introduce a new spell that everyone can use, but the novelty wears off quickly since they don’t have any unique abilities.

I can’t figure out what kind of person could be satisfied by this unceremonious end to the movie-based Harry Potter titles. Gamers will be bored by the mechanics and fans of the lore will be disappointed by the ham-fisted depiction of the series’ climax. While saying goodbye to Harry in the final book was bittersweet, I felt nothing but joy as my time with this tedious exercise finished.

The  Edge
Deathly Hallows Part 1 had Kinect support, but that’s gone in Part 2. Instead, PlayStation 3 gamers get Move support. This feature isn’t tied to a specific mode; it’s an alternate control scheme that you use during normal gameplay. I still prefer the traditional controller, but the PS3 version is the one to get if you’re anxious for an excuse to dust off your Move.
Off
On
Off 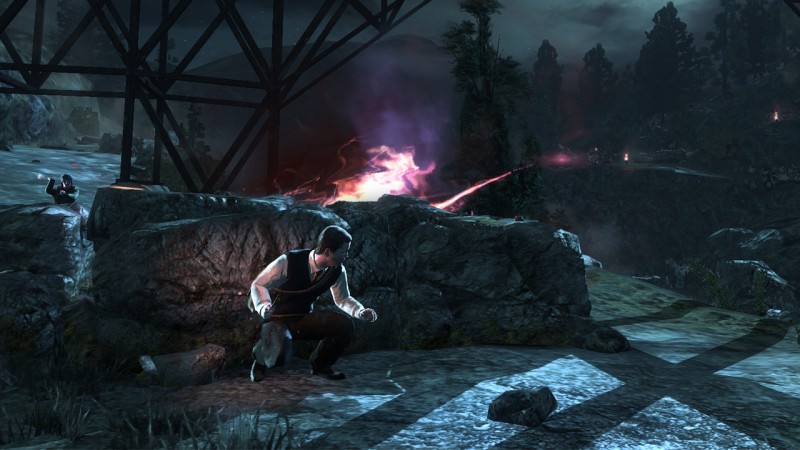 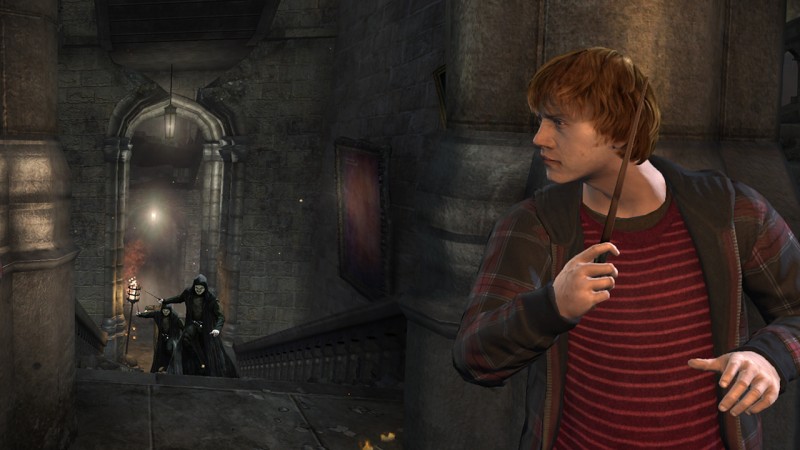 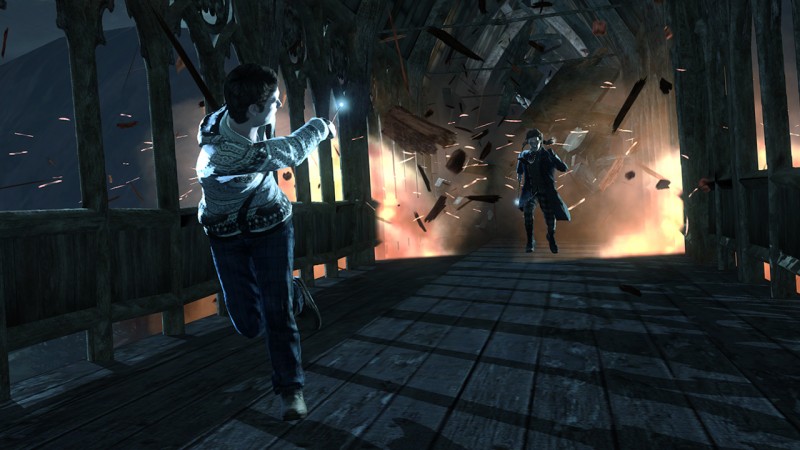 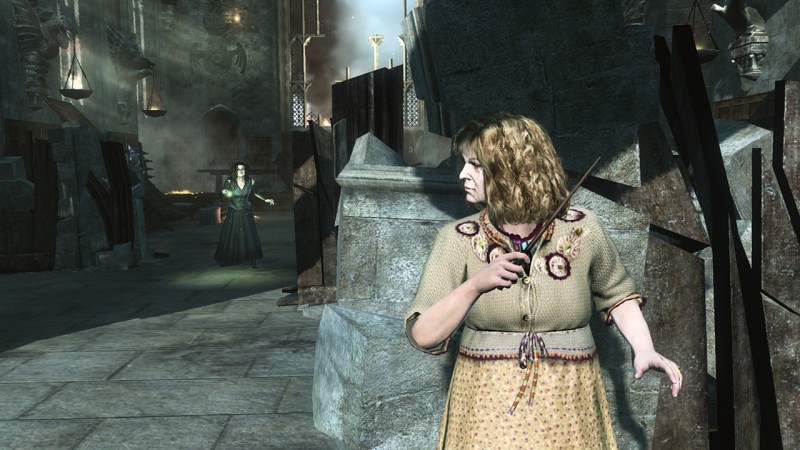 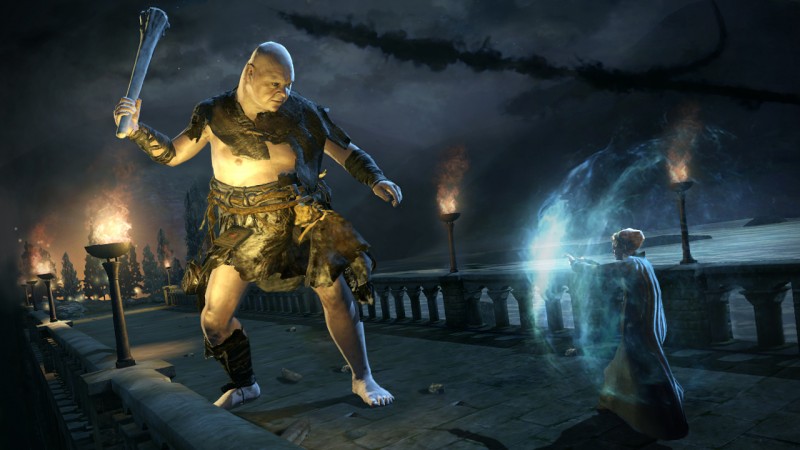 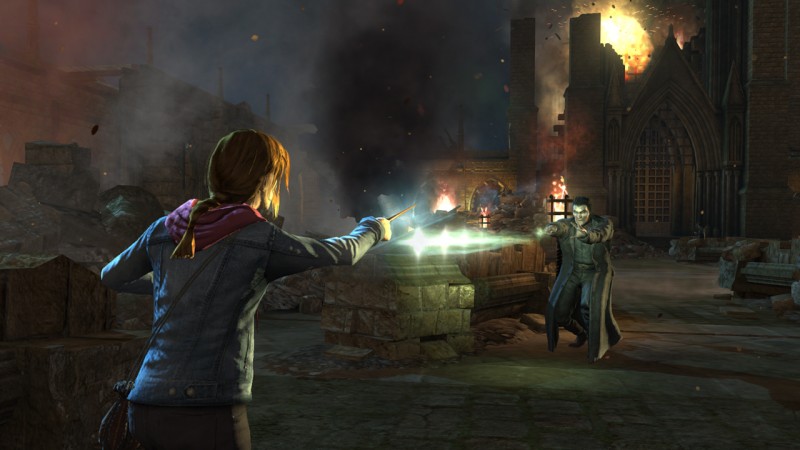 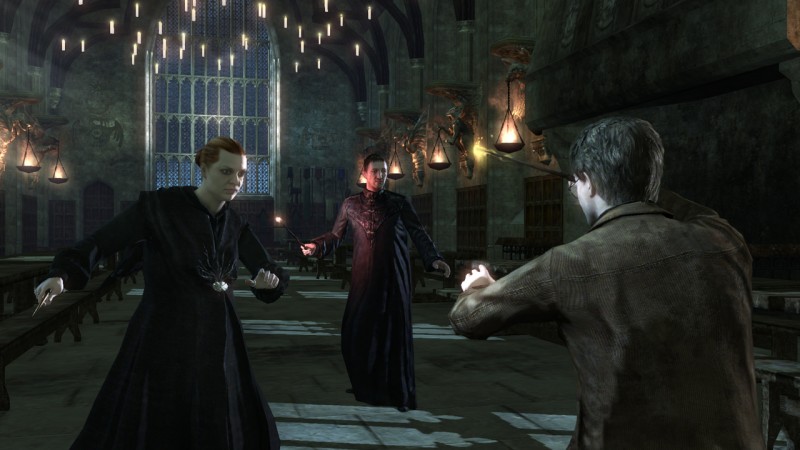 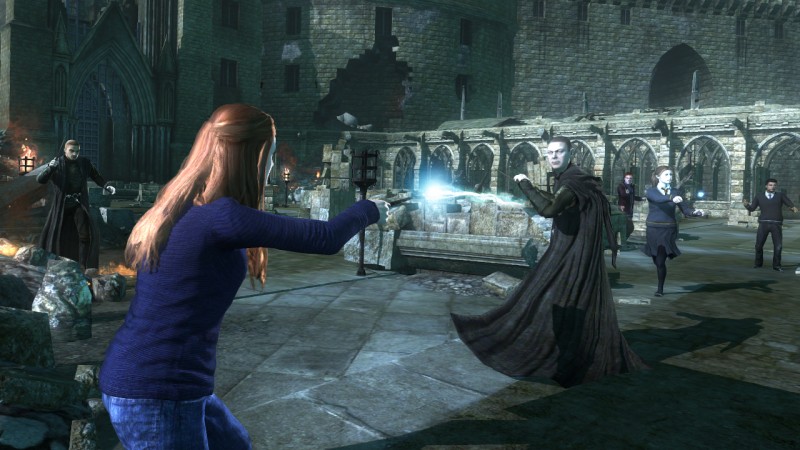 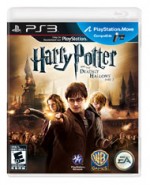 The Boy Who Lived goes out with all the flair of a botched polyjuice potion.

Purchase More Info
6.5
i
Game Informer's Review System
Concept Put the movie-based Harry Potter games out of their misery
Graphics The highest praise I can muster is that the characters sort of look like their real-life counterparts
Sound Familiar music and voices, but nothing outstanding
Playability While it plays better than the last entry, that isn’t saying much
Entertainment Repetitive battles and dull objectives aren’t fun, but they aren’t painful or awful
Replay Moderately Low