Game Freak does not often venture beyond the comfort of Pokémon, but HarmoKnight makes me wish the developer would take more chances. HarmoKnight is different from the developer’s signature franchise; it presents an interesting world, an addictive rhythm gameplay hook, and excellent production values. It makes me hopeful that Game Freak will experiment with more non-Pokémon games in the future.

HarmoKnight takes players to the planet of Melodia, a land where clouds are shaped like musical instruments, plants grow in the shapes of cymbals and drums, and everything moves to a rhythm. As Tempo, a hopeful HarmoKnight trainee, players jump over obstacles and attack enemies in time with the music as you auto-run your way through Melodia’s diverse landscape. Controls are relegated to two buttons; one to jump, and one to attack, making the Tempo’s journey fun and easy to control.

Music is important to any rhythm game, and HarmoKnight has an excellent collection. Beach levels offer tropical music as crabs jump out of the sand to disrupt you, and the nightclub area offers jazzy tunes to accent your journey through a city at night. Crafting the music has been done with care as everything – even down to the option menu music – is interesting and worth listening to. Every map has its own variation of the main overworld theme, and hearing each new rearranged theme is as worthwhile as seeing what the new levels look like.

Along with the auditory and visual distinction of each level, the gameplay also jumps around in interesting directions. Most of the time you are Tempo running through a level, but two additional characters appear randomly through the course of the adventure that change the playstyle. Lyra must fire her bow and arrow in time with the music at faraway enemies, while Tyko and his partner Cymbi ignore the need to jump in favor of beating down enemies that get too close in time with the music. Tyko and Lyra are initially billed as a large part of the game when you find them, but their appearances are infrequent. I wish they showed up more often, because they are a lot of fun to control, and change up the gameplay.

The weakest levels put Tempo in a special mine cart that moves  up and down, and holds a pair of cymbals in front of it to smack enemies. These levels do interesting things with the music, like slow down the tempo while slowly moving up a track, and speeding up  on the way down, but with less reliance on rhythm to complete these levels, they end up being the weakest offering. These levels are infrequent, however, so it’s easy to move past them without much complaint.

Boss and mini-boss levels are simplified Simon Says sequences of repeated rhythms, but the scope and spectacle of these encounters is beyond what gamers expect from the 3DS. Bosses are huge, and the way the camera moves around the action makes battles feel intense. Hitting the rhythm perfectly is a thrill, especially when it results in smacking a huge boss off of a mountain as you snowboard away to safety. Replaying these levels after perfecting them offers little reward, but I found myself returning to them just to enjoy the process all over again.

HarmoKnight is something that most rhythm games are not: forgiving. Missing a beat or getting hit by an enemy won’t prevent you from being successful. You don’t have to be perfect to beat a level and move forward. The game can be approached like a typical platformer if you struggle keeping the beat, but plenty of opportunities to gain extra points by hitting optional percussion plants in time with the music are present. HarmoKnight shouldn’t scare off the musically challenged, and it won’t frustrate those who fall somewhere in the middle. For the experts, many of the levels can be played at double speed in order to unlock art and bragging rights.

HarmoKnight is among the best the 3DS eShop has to offer. Playtime only clocks in at around 4-5 hours, but it is a full experience. With its diverse levels, rhythm-focused gameplay, great music, and charming characters, HarmoKnight will be a memorable experience for those lucky enough to discover it. 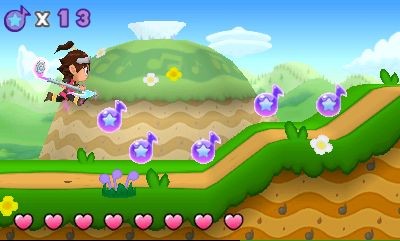 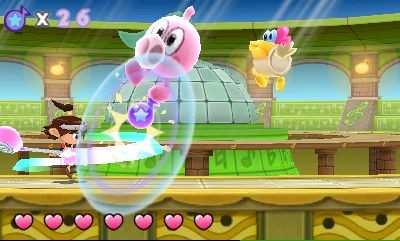 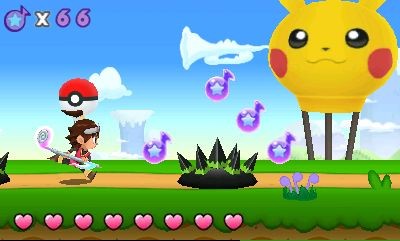 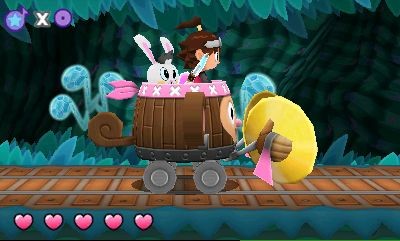 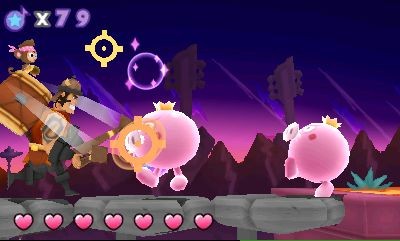 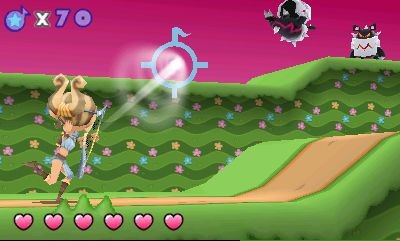 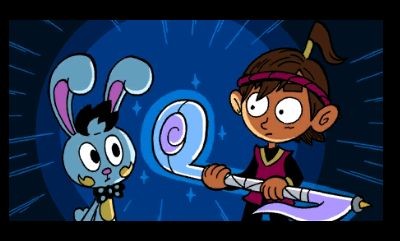 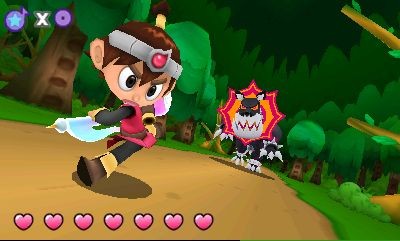 8.25
About Game Informer's review system
Concept
Game Freak steps out of its Pokémon comfort zone and into the auto-running rhythm/ platformer genre
Graphics
Clean and cute, but the visuals do little to push the 3DS hardware graphically. In regard to general presentation, however, it knocks it out of the park
Sound
The music is excellent overall, often recalling the best music of the Super Nintendo era
Playability
Very easy to play thanks to two-button controls. The challenge comes entirely from your ability to press buttons in time with the music
Entertainment
Memorable characters, excellent music, and forgiving rhythm gameplay make HarmoKnight stand out in a young genre
Replay
Moderate