Hard Corps: Uprising Review: Everything A Contra Fan Could Ask For…Except The Name
by Bryan Vore on Feb 08, 2011 at 12:17 PM When you’re scrolling through the shop on Xbox Live Arcade or PlayStation Network, it’s easy to zip right past Hard Corps: Uprising. Do not make that mistake. This is a brand-new official HD entry in Konami’s Contra series. Sure, the main characters wear shirts and have an anime look to them, but the moment you pick up the controller it feels like the pure run-and-gun bliss that only Contra can deliver.

Hard Corps: Uprising takes place before the semi-obscure 1994 Sega Genesis entry Contra: Hard Corps. You don’t have to know anything about the old game to enjoy the current one except that the main character, Bahamut, is the villain in the Genesis game. If you are familiar with C:HC, there are plenty of references to it (including an escort mission with Dr. Mandrake) and the Contra series as a whole (classic themes interpreted via shredding guitar).

The levels are full of unique, intense moments. One minute you’re in a desert blasting a giant sand worm while avoiding quicksand, and the next you’re dodging snipers, killer plants, and robotic gators in the jungle. Players zoom through a future city on rocket sleds, sneak into a fancy lab, and ride on a train whose segments are constantly exploding underfoot. Clever and intimidating bosses lurk around every corner, including the classic turret-covered wall. Most of the game is challenging yet fair, but a few cheap death extravaganzas are sprinkled throughout that will have you shouting at the TV. It’s especially disheartening that one of these is right at the end of the game and is paired with an uncharacteristically pain-in-the-ass checkpoint.

Players can swap between two weapons at any time and stack two of the same kind to make them more powerful. I mostly stuck with the spread shot and machine gun, but a chargeable hot plasma blaster can devastate legions once you get used to it. Homing lasers work well even if they don’t show up very often. The missile launcher is plenty powerful, but its short range convinced me to leave it behind most of the time. Reflect can fling projectiles back at foes, but it requires a lot of practice to use effectively.

The biggest and most exciting change to the franchise is the new RPG-like Rising Mode. Here the game converts your score into currency that can be used to buy permanent upgrades like more health, extra lives, more powerful weapons, faster movement speed, and much more. Every upgrade makes a significant difference and will keep you playing late into the night to unlock “just one more.” Even if you lose all your lives on a stage, you still get to keep all the points so it doesn’t feel like time wasted. Another key perk of Rising Mode is you can start off at any level you’ve previously completed so you don’t have to slog through the early levels every time you want to play.

The hardcore fans that don’t want any handouts can stick to the arcade mode. You start off with set abilities and limited health and lives. At least players can learn the stages and patterns in Rising Mode beforehand. Even then, it’s tough to imagine anyone but the absolute best making it all the way through arcade. I guess that’s why Konami put the word “hard” in the title. 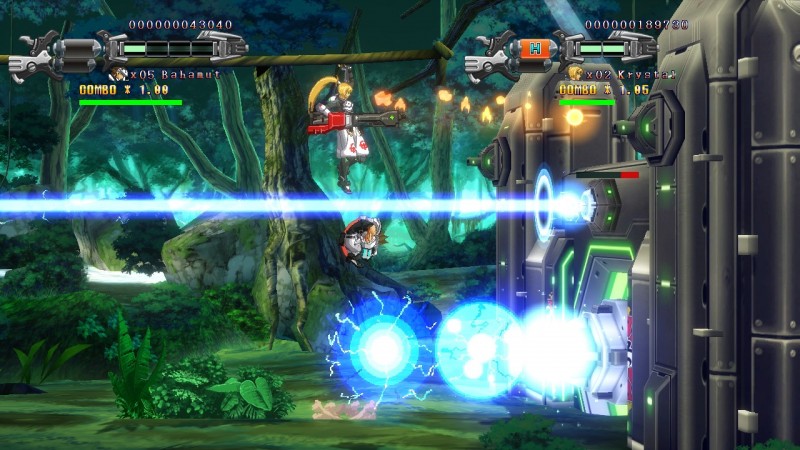 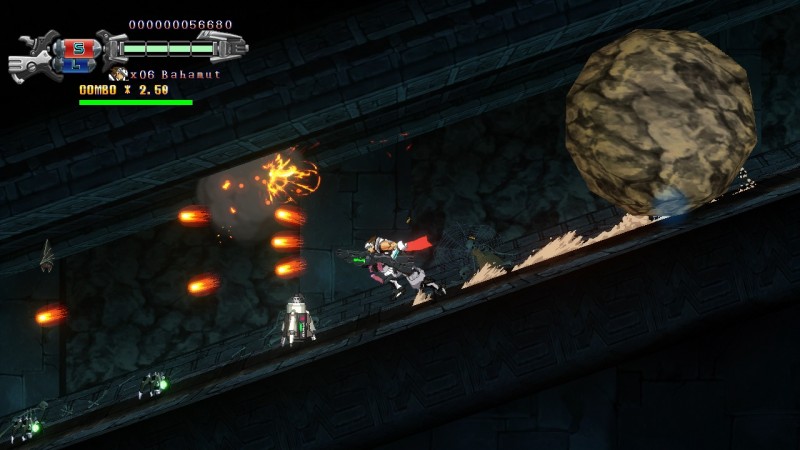 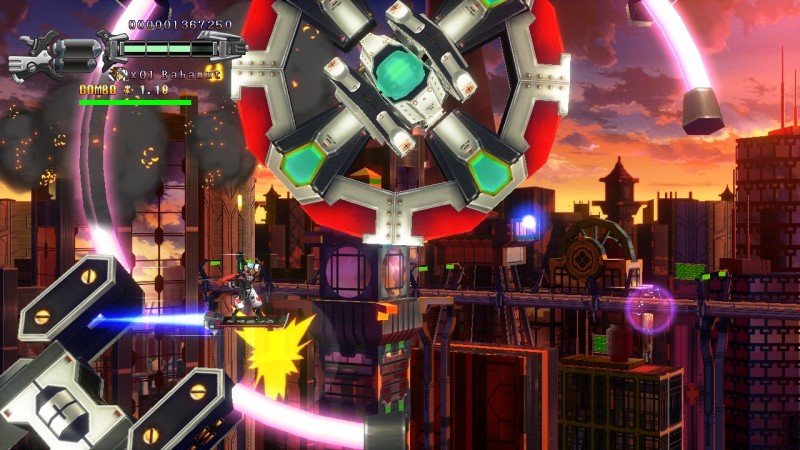 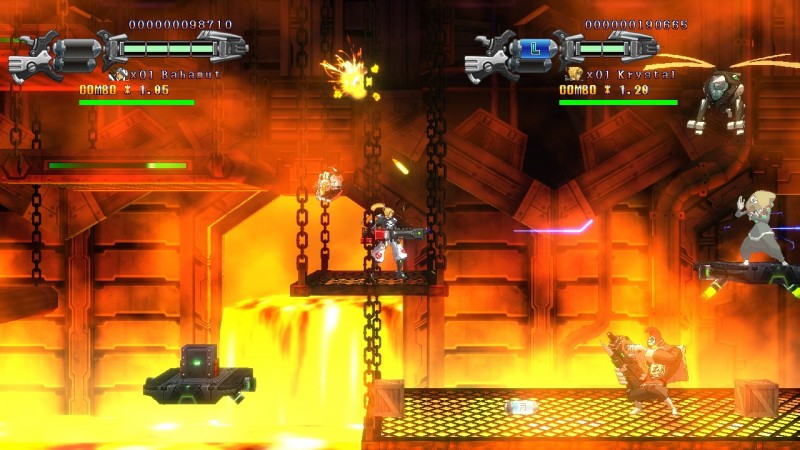 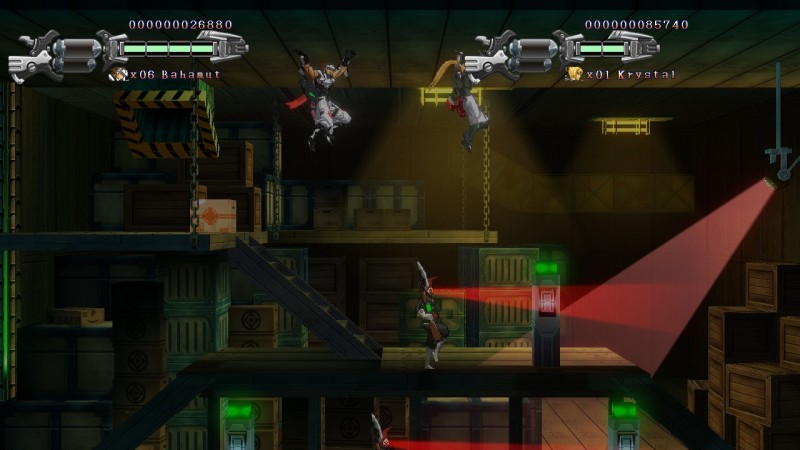 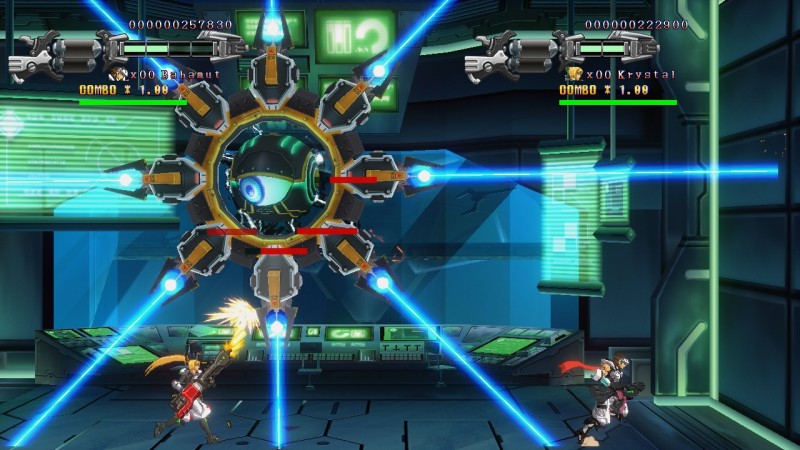 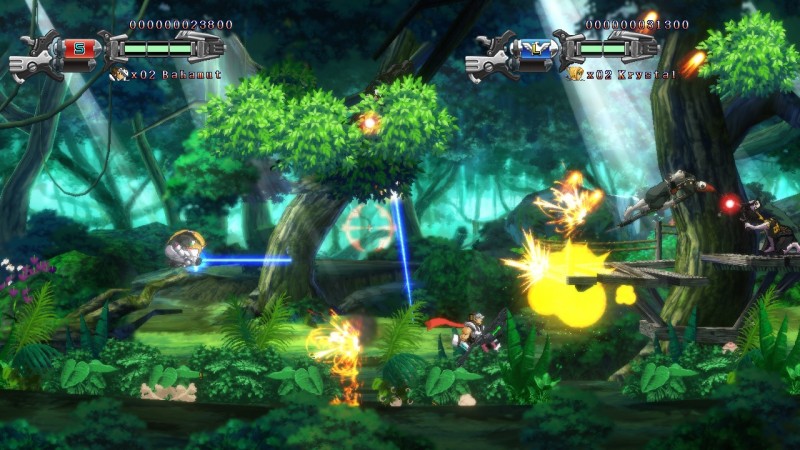 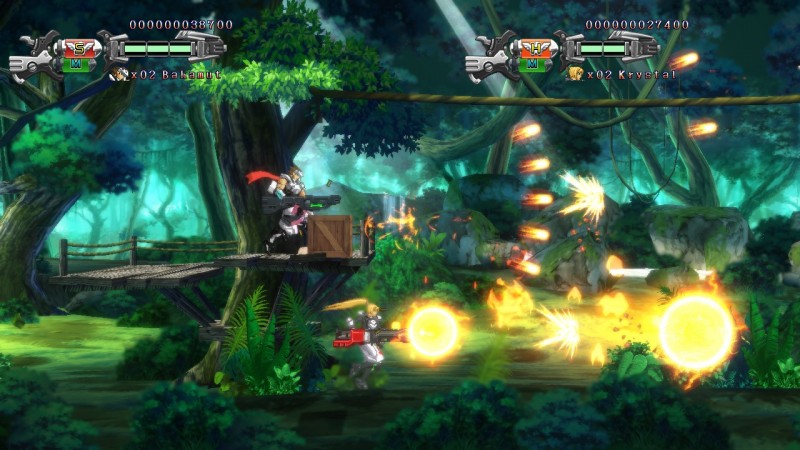 9
About Game Informer's review system
Concept
Create a prequel to the long-lost Sega Genesis game Contra: Hard Corps
Graphics
Stunning hand-drawn animation from the developer of the Guilty Gear and BlazBlue series
Sound
The great soundtrack overshadows the cheesy voice acting and overabundant enemy death groans
Playability
Most of the controls are up to Contra’s precision demands, though the trigger-based aim locking gets sloppy at times
Entertainment
Hardcore fans will love the unflinching challenge of Arcade Mode, while players nostalgic for the Konami code can catch a break in Rising Mode
Replay
Moderately High