After the crew of the UNSC warship Spirit of Fire wakes up from a quarter-century cryogenic nap, they discover that humanity’s war against the Covenant has ended. Stranded a galaxy from home, the crew responds to an emergency beacon only to encounter a bloodthirsty faction of the Covenant known as the Banished. Their leader – an imposing Brute named Atriox – dismantles a team of three Spartans in their first skirmish. As tensions escalate, the Spirit of Fire’s crew is forced to push back against these battle-hardened space gorillas and uncover the mystery at the heart of a new Forerunner installation.

Halo Wars 2’s story is the most compelling aspect of Creative Assembly’s console-friendly RTS. The characters’ depth made me want to learn more about them, and the pre-rendered cut scenes – produced by arthouse Blur – feature enough spectacle to fill a Summer blockbuster. Unfortunately, the narrative ends on a frustrating cliffhanger, which left me with uneven feelings about the story as a whole – and the rest of Halo Wars 2 is a similar mix of emotions.

Creative Assembly holds closely to the work done by Ensemble Studios on the original Halo Wars. At the center of the strategy is a classic rock-paper-scissors mechanic where air units are strong against vehicles, while ground troops are strong against air units, etc. Most of the missions boil down to “capture this point” or “defend this position for X amount of time,” but the gradual unlocking of new units prevents the campaign from feeling too repetitive.

Unfortunately, a few integral components of Halo Wars 2 feel pared down. First, most of the maps feel smaller than average. This pushes you into conflict regularly and keeps you from getting complacent, but it makes the action feel a bit cramped as a result. Base-building is also cut back. You still manage your resources, upgrades, and train troops from your base, but these buildings can only be constructed on predetermined points, which means that all your HQs essentially look the same. Since you have limited lot space, you’re also restricted in the number of buildings you can construct, which forces you to make some needless sacrifices. (Read our impressions of the Xbox One version here.)

Despite those issues, I loved the elegant dance of moving the right troops across the field to take out an enemy’s well-fortified base. I only ran into a few hiccups, like telling my units to attack a garrisoned foe only to watch them move toward that point instead. Thankfully, issues like this are rare.

Halo Wars 2’s successes and failures transfer over to the multiplayer modes, many of which feature the exact same gameplay. If you’d prefer a battle of wits against a living opponent, Halo Wars 2 allows you to set up a number skirmishes where you either eradicate you opponent or battle over control of specific points.

Creative Assembly’s new Blitz mode is Halo Wars 2’s most exciting online offering. This mode streamlines the base building and resource management mechanics by giving players a deck of cards to use to deploy units and other special abilities anywhere on the battlefield. You earn new card packs by completing various missions or buying them in the online store. Thankfully, it seems like you can earn most of the cards without spending extra money, and I remained competitive using only cards I got in-game. This new card-based system also keeps matches short and fast-paced, and I enjoyed tinkering with my deck between each match. Blitz could be the go-to mode for anyone looking for a quick strategy fix.

I enjoyed my time with the first Halo Wars, so I’m glad that Microsoft took a chance with a sequel. Unfortunately, aside from Blitz, I don’t feel like Creative Assembly pushed the envelope. Simplified base building, smaller maps, and outdated level design keep Halo Wars 2 for achieving great heights. However, if you loved the first Halo Wars, this entry delivers more of the same. 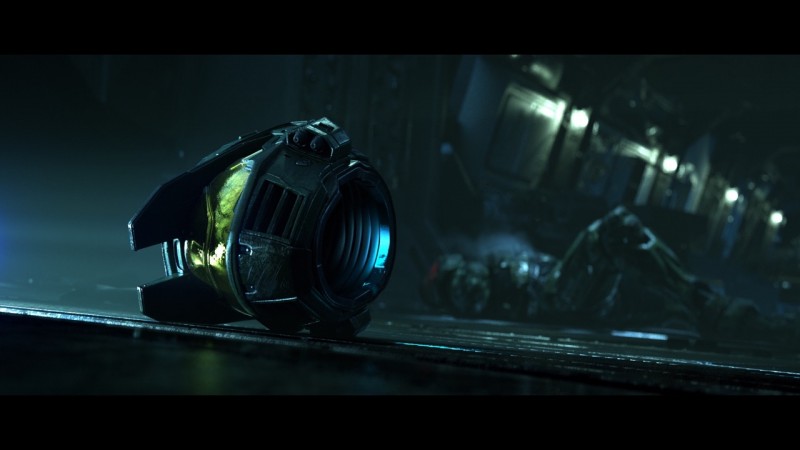 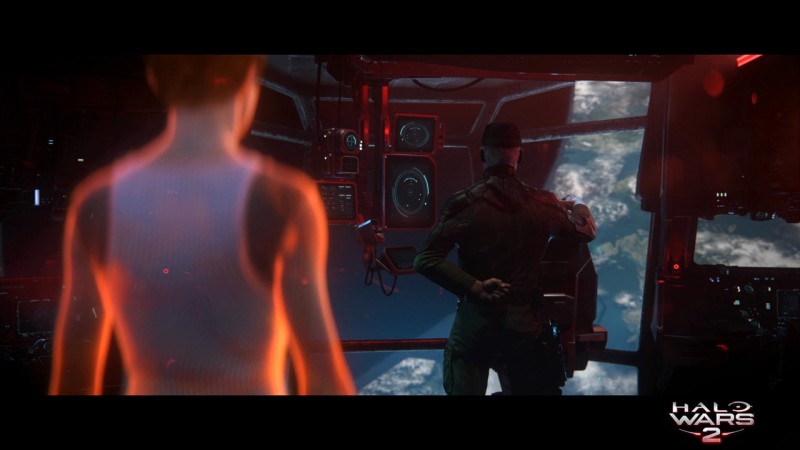 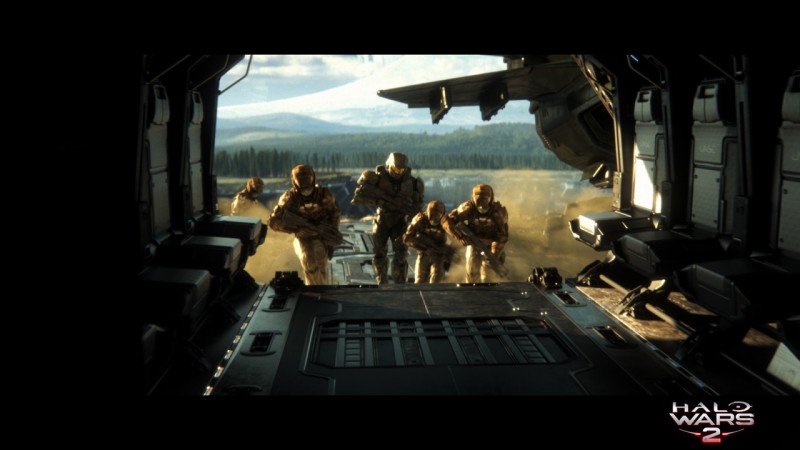 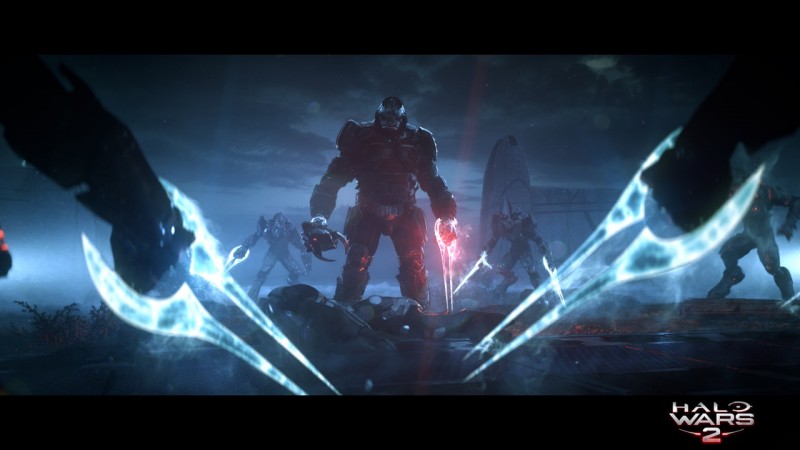 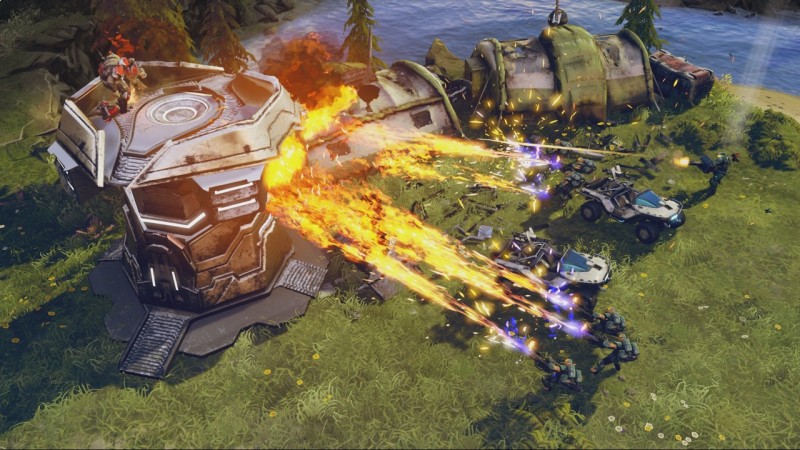 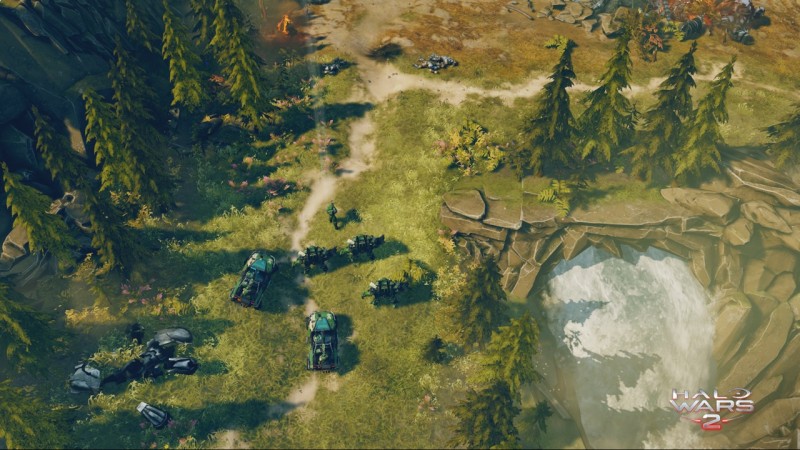 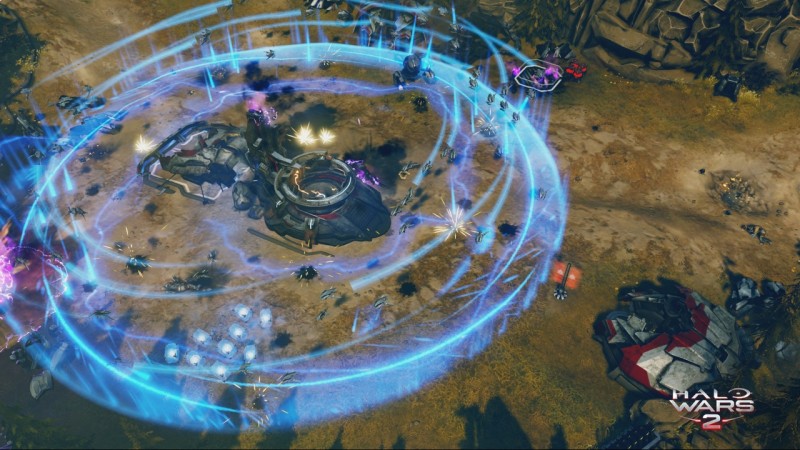 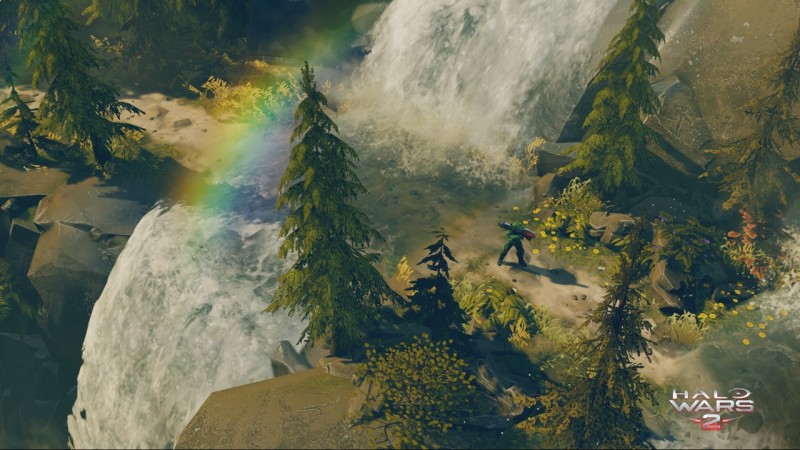 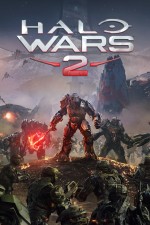 Stranded a galaxy from home, the crew of the UNSC warship Spirit of Fire responds to an emergency beacon only to encounter a new bloodthirsty faction of the Covenant.

Purchase More Info
7.75
i
Game Informer's Review System
Concept A streamlined strategy game that continues the story of the UNSC warship Spirit of Fire and its war against a Covenant faction called the Banished
Graphics Individual characters feature impressive detail, but the action occasionally slows down when a lot of units move across the battlefield. However, the story-focused CG cutscenes are amazing
Sound A memorable, heart-pounding score amplifies the action while powerful sound effects bring each battle to life
Playability Traditionally complex RTS controls have been adapted admirably to a controller. They get the job done, but slow down your reaction time
Entertainment Halo Wars 2’s story is engrossing and the battles are fun, but the mission design follows a predictable pattern
Replay Moderately High