Halfway through the campaign of Halo: Reach, you're in the sky behind the controls of a Falcon turret as protagonist Noble 6. As the UNSC ship scurries you around the battlefield, you try your hardest to take out the numerous waves of enemies in an attempt to save friendly forces. It seems that no matter how fast your thumbs are or how dead-on your aim is, it just isn’t possible to take out all of the invading Covenant. You find yourself getting frustrated as you watch fellow soldiers die, despite performing to the best of your gaming abilities. This feeling of helplessness is a common occurrence throughout the title. Series fans know going in that this game will not have a happy ending, and that gloomy sense of inevitability sticks with you from beginning to end.

Reach doesn’t waste any time; the first shot is a Spartan helmet with a bullet hole through its visor resting on the ground of a smoldering, war-torn planet. Once you assume control of Noble 6, it takes you right into the first days of the planet’s violent downfall. Along with the other five members of Noble Team, you discover slain soldiers on the fields and in the houses of the planet’s countryside. It isn’t yet apparent that the planet is facing a full-scale invasion, but something is clearly amiss.

Once the action picks up, there’s no turning back. Mission by mission, Reach features battles on a scale never before seen in the immensely popular franchise. Small skirmishes are the exception rather than the rule, as many battles feature Banshees and Falcons blasting away at each other in the sky, ground vehicles spraying plasma and concussive shells all over the place, and (of course) a horde of angry Covenant foot soldiers. Bungie succeeded in making these invaders scary again, as their native grunts and yells are far more frightening than the comical English they had been speaking in previous titles.

Making them even scarier is the fact that they’re smarter than ever. Toss a plasma grenade at an Elite and you’ll see him protect himself with the same Armor Lock ability that you’d use if the roles were reversed. If you’re the one going into Armor Lock to shield yourself against a charging, hammer-wielding Brute, he’ll be smart enough to back off before the ability’s short-range EMP goes off.

You’ll notice these subtle details if you’re looking hard enough, but most of the time you’ll be distracted by the sheer chaos around you. Previous Halo titles became repetitive when they forced you through multiple similar-looking environments, but Reach pushes the story forward and mixes up the gameplay better than any of its predecessors. You’ll be sniping enemies at night in one mission, flying from skyscraper to skyscraper in another, and infiltrating a Covenant ship in low-gravity in another.

This mixture of gameplay experiences is never more evident than in a mid-game mission called Exodus. It starts you off in a bright, vivid city that would be beautiful if it weren’t for all the dead bodies everywhere. Within minutes of exploring, you’re suddenly bombarded by waves of Grunt suicide squads. You’ll find yourself tiptoeing around every corner just in case there are five plasma grenade-wielding foes on the other side. Once you’ve dispatched these squads, you’ll find yourself jetpacking across chasms and taking out enemies with a human team named the Bullfrogs. After you’re done with this change of pace, it’s on to an all-out war with an angry gang of Brutes. Earlier Halo titles may have gone several missions without significantly mixing up the gameplay, but Reach does it three times within the same one.

Reach’s campaign makes significant improvements, but it’s still a little shy of perfect. Master Chief may be a gaming icon at this point, but he was always an emotionless, almost generic protagonist. With Noble Team, Bungie tries to give them individual personalities, but it’s equally hard to care about them or their fates. It’s not enough to simply show us some Spartan faces and give them a few lines...they still need to be likable characters. They may have a little more personality than the Chief, but they still have a long ways to go.

It’s also possible to get screwed over by checkpoints. Some are too far between, but others will leave you at a major disadvantage depending on your circumstances when you activated them. At one point late in the game, I hit a checkpoint when I had almost no health, no ammo, and without the tank that was crucial to finishing the mission. Situations like these are few and far between, but that doesn’t make them any less frustrating when they do pop up.

As good as it is, the campaign isn't what will keep gamers glued to their televisions late into the night for the next several years. Halo’s legacy is built on multiplayer, and Reach gives gamers more reason to come back than ever before. Whether you’re raking in credits en route to that perfect suit, blasting through Firefight with three friends, experimenting with the great Armor Abilities, creating new maps with the infinitely improved Forge mode, or just playing some good old-fashioned Team Slayer, it’s one of the most robust multiplayer offerings available today.

Multiplayer maps have always been one of Bungie’s strongest suits, and Reach features a fantastic collection. A few favorites return with a new coat of paint, and the new maps are among the best in the genre. Some are especially suited to a particular mode. The new Invasion gametype plays like a mix of territories and capture the flag, and it really shines on the Spire map. As the Spartans, it’s your job to storm the Elite’s tower, grab their power core, and make a mad dash to the heliport. Modes such as this one probably won’t be played nearly as much as the standard Slayer/Team Slayer/CTF matches, but they’re a great change of pace when you’re ready for one.

Any disappointment series fans felt after ODST should be completely washed away thanks to Reach. Make no mistake about it - this is the true followup to Halo 3. It's also a perfect way for Bungie to part with the series it turned into a phenomenon. 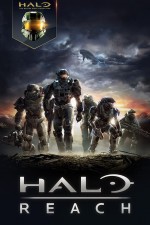 Reach is the perfect way for the developer to part with the series it turned into a phenomenon.

Purchase More Info
9.5
i
Game Informer's Review System
Concept Let Halo fans finally experience the event that they’ve been hearing about for a decade
Graphics Character models and weapon effects are significantly improved over Halo 3, and battles feature ludicrous amounts of onscreen action
Sound Series composer Marty O’Donnell outdoes himself with one of the best gaming scores this generation
Playability As always, controls are tight as a drum. The new Armor Abilities are a huge improvement over 3’s equipment
Entertainment Reach knocks it out of the park in virtually every category, with a varied campaign and a vast amount of multiplayer options
Replay High