Gundam Versus is a fairly insular licensed game, but its thrills are universal. Though it drops players into the thick of Gundam’s myriad anime series without much of an introduction, the arcade-style controls and speed of matches makes it easy to pick a mobile suit (a catch-all term for the robots in the world of Gundam), fire off some lasers, and hack robots apart in style. Casual fans might be left out in the cold, but the combat offers enough depth to keep fans of Gundam and strong multiplayer games alike around for the long haul.

The core of Gundam Versus is its arcade-style matches, where players choose one of over 90 mobile suits to take into battle. Whether you’re familiar with Gundam or not, being inside a mobile suit in Versus feels like you’re piloting a powerful piece of machinery that can wreak havoc once you learn to properly use it. Every mobile suit is incredibly nimble; you can boost-dash constantly, then cancel that into an attack into another dash, and so on. This lets you fool your opponents by going in for a sword swing, back-dashing after you’ve baited them into attacking, then boosting at them again to deliver your own combo. Mashing during these entanglements leads to unwanted canceled attacks and boost dashes, draining your boost meter and leaving you immobile long enough for an enemy to impale you on their beam saber.

Combat isn’t just a whirlwind of fakeouts and sword swipes, though. Since matches take place on enormous battlefields, positioning and movement are important. The lock-on cursor that guides your movement changes color and shape to tell you whether you’re within range to fire off your guns or close enough to use melee weapons. Moving in and out of these ranges at the right time, and making sure not to gang up on one opponent too much (friendly fire is a bigger threat than you’d think) can make a huge difference. Even if my opponent had a life lead on me, I was able to regularly duck behind cover, move around their attacks, and surprise them with the right zig or zag as I went for the kill. Outsmarting opponents like this made me feel like an ace pilot. You can also call in strikers (assist attacks) from other mobile suits to provide covering fire, learn a few simple combos, and choose between one of two power-up states. Combos are simple compared to those of Street Fighter or Guilty Gear, but still require some thought. They might start with a side dash that could dodge an incoming laser, but deal less damage than a combo begun from head-on. You also have the option to pick between blaze and lightning gear, limited-time powerups that are either acute and short (blaze) or slight and long-lasting (lightning). All of these options add a few strategic layers to think about before even starting a match, and I appreciated the variety.

For those who’ve kept up with Gundam over the years, the enormous roster is impressive. Cultural icons like the RX-78 Gundam from the original Mobile Suit Gundam share space with newcomers like Gundam Barbatos from Iron-Blooded Orphans, and seeing Gundams from different series duking it out is a nostalgic joy. Many of these mobile suits feel distinct, too: The ReZEL has several lasers and bazookas to bombard opponents with from afar, while the Epyon has to get in close with its beam saber and heat rod whip. The Gouf Custom can summon a chunk of highway out of nowhere and chuck the thing (a reference to the The 08th MS Team), which doesn’t make any sense when the Gouf is up in the air, but it’s still fun to see. I have personal favorites I’m sad to see missing (No Endless Waltz? No War in the Pocket?), but the diversity and obscurity of some the roster is surprising.

Which of these mobile suits you take in battle has consequences, since team composition is important. Standard matches are two-versus-two (though you can play solo or three-on-three) and each team begins with a limited force, which drains whenever someone dies and acts as the team’s health bar. Dying in a weaker suit like the Guntank will deplete the meter less than dying in a stronger suit like the Sazabi. This makes team composition important, since a team with more powerful suits has less room for error. Online play is mostly up to snuff, and I rarely encountered large hiccups outside of three-on-three matches. A pair of offline modes give players who want to get a feel for combat before diving in online something to do. Ultimate battle is a survival mode that pits you against 10, 30, or 50 waves of enemies. Trial battle is an arcade mode you can tackle multiple times to get higher marks. Both of these modes give the game some longevity, but they’re more distractions than destinations. Beyond a short cutscene identifying which series your chose mobile suit is from, these modes have no story, which means that anyone who isn’t already familiar with Gundam will have to read up to figure out who’s who. You might have a thematically appropriate fight against the Big Zam and Char’s Gelgoog, but these modes are really an excuse to fight a series of A.I. opponents, which don’t offer the thrill of human opponents.

Fights are also clunkier in single-player, since both ultimate and trial battles throw several weaker enemies at you, and the lock-on mechanic isn’t as intuitive when facing more than two opponents. Computer-controlled opponents are also unsatisfying, as they’re either complete pushovers or psychic supersoldiers who read your every move, and neither make you a better player. Large bosses like the GP03 Dendrobium or the Gaw require slightly different strategies to defeat, but don’t do enough to make these modes worthwhile on their own, either. Ultimate battle has an online version which includes special waves you tackle with random players, but unlike in multiplayer, I wasn’t able to enter a single one of these matches without facing extreme slowdown or being kicked due to network errors.

You can play through these modes (or simply fight online) to level up each mobile suit, which unlocks a number of bonuses. Most of these are aesthetic (emblems, icons, announcers, pilots), but strikers are an important part of gameplay, and hiding them behind leveling up certain mobile suits is a bit frustrating. It doesn’t take too long per striker, but with the number of them available, the process is time-consuming. Plus, not having everything that pertains to gameplay immediately at your disposal is a pain.

Playing Gundam Versus is its own reward. While it may not be a great introduction to the series for those who read the names of mobile suits as gibberish, anyone with a fondness or curiosity for one of the most enduring sci-fi franchises of all time has more than enough toys to play with for a long time. The combat is a great blend of reverent, fast-paced, and precise, and while solo players may be disappointed in how unsatisfying the single-player is, those who’ve spent years building their own stories with action figures will find a lot to love. 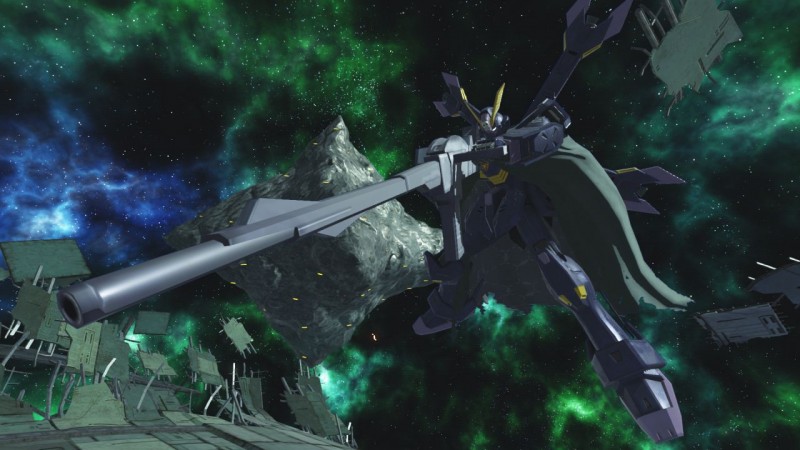 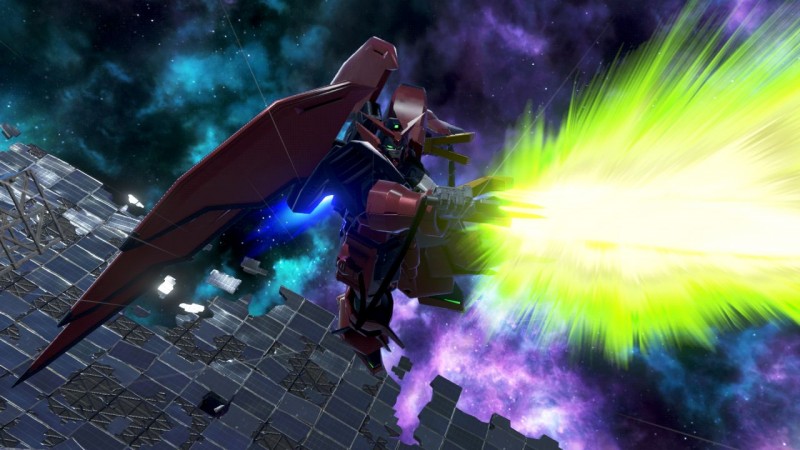 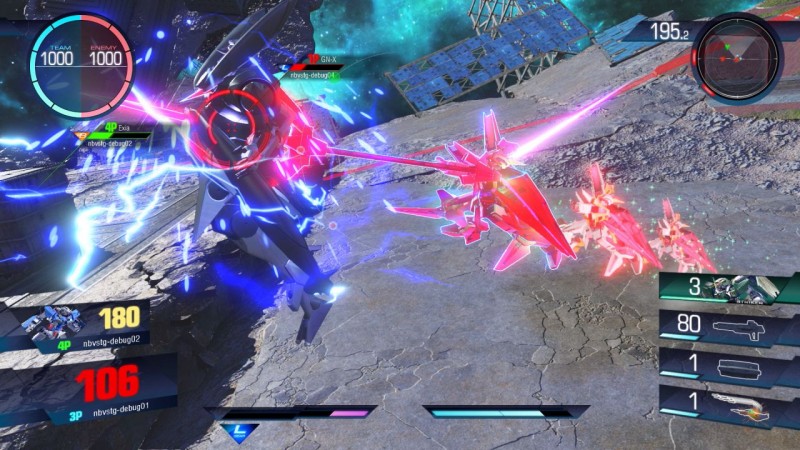 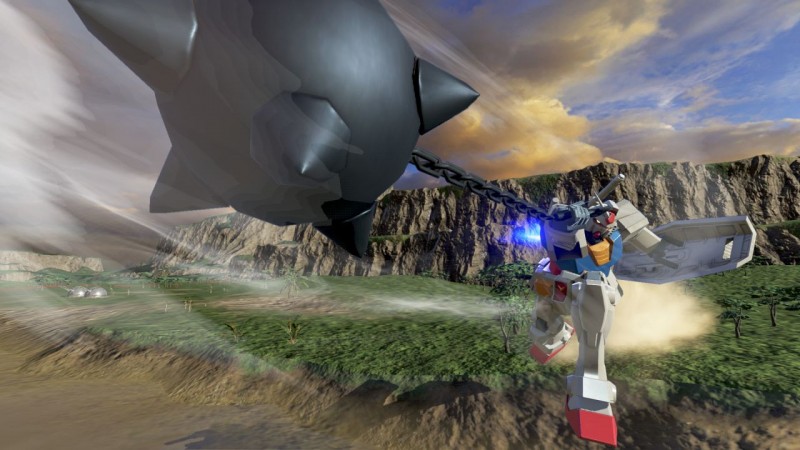 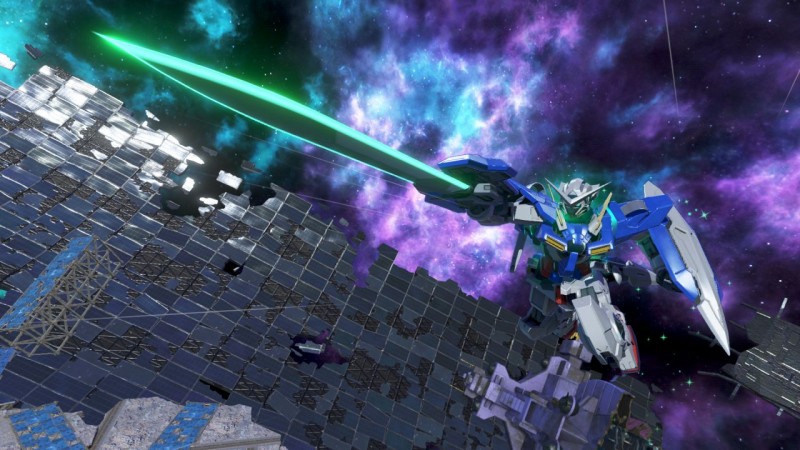 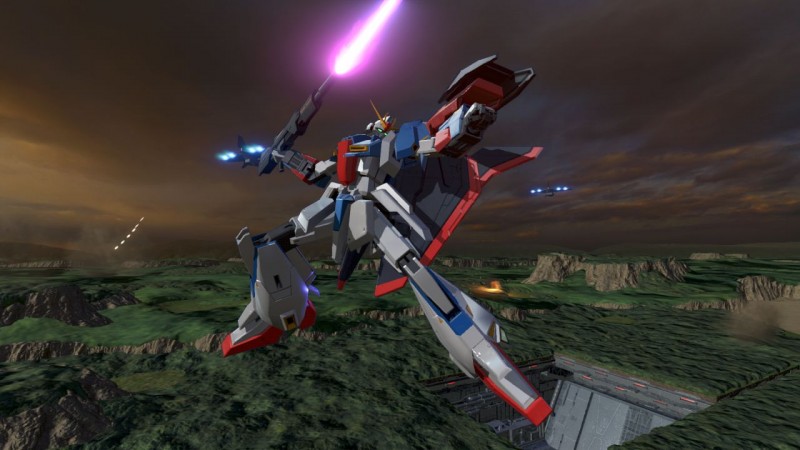 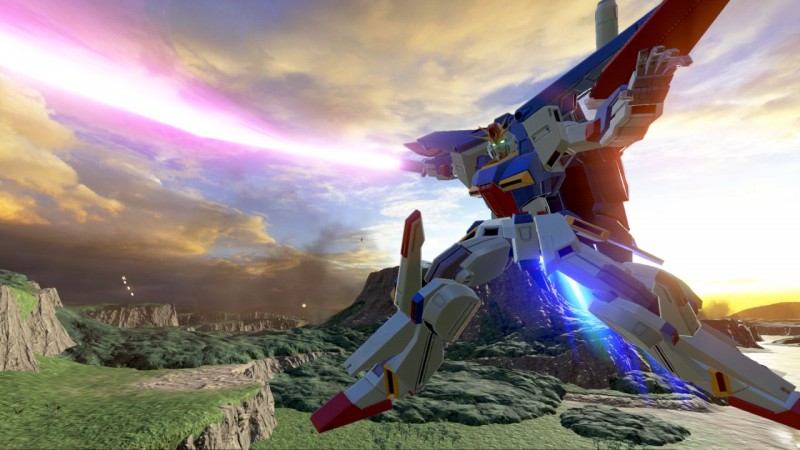 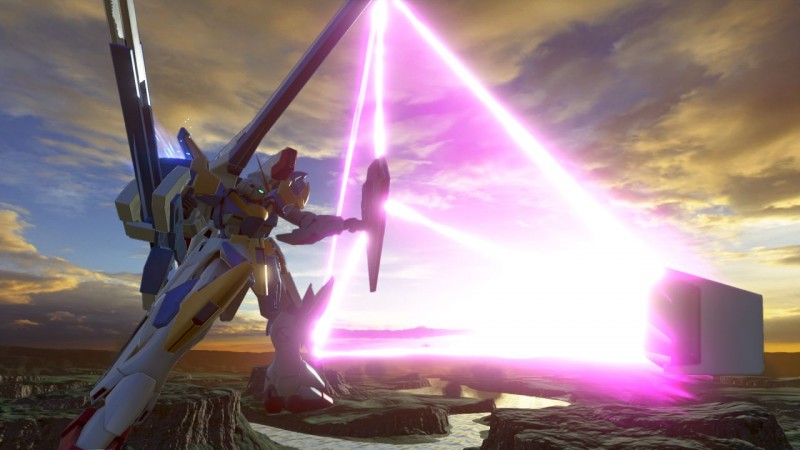 It may not bring casual fans up to speed, but Gundam Versus is a fun, accessible fighter with depth.

Purchase More Info
8.25
i
Game Informer's Review System
Concept Throw a bunch of Gundams from across the franchise’s many series at each other in intense fights
Graphics The environments are drab and the character models look more like action figures than actual mobile suits, but the action never slows down
Sound Most of the classic Gundam themes (like “Fly, Gundam!”) and iconic beam rifle and saber sounds are here, though the new themes don’t stand out much
Playability Gundam Versus’ combat is fast and flashy enough to have fun with immediately, but makes mastery worthwhile by rewarding finesse in spades
Entertainment Plenty to love for anyone who appreciates Gundam or enjoys precise, high-speed multiplayer action
Replay High