If you thought Guitar Hero had already jumped the shark, Warriors of Rock is akin to hopping in a hot rod, revving the engine, and jumping through a flaming hoop over a school of mega-sharks. Warriors of Rock welds the series’ familiar gameplay to action game elements like elaborate cutscenes and character transformations. Now, instead of just selecting your character and plowing through setlists, you must go through custom sets created for GH characters old and new, earning a ludicrous numbers of stars to unlock their new “warrior” forms. Pretty soon, good old Lars Umlaut is a giant death metal pig with pierced nipples, Casey Lynch is a half-snake woman, and Johnny Napalm is...a punk rock version of Nightcrawler from X-Men? Sure! This is about as over-the-top as it gets, and it’s topped off with a paper-thin plotline about defeating some giant beast with your axe of rock (Brütal Legend anyone?) with narration by Gene Simmons of KISS.

Neversoft injected the familiar gameplay with steroids; a host of character-specific power-ups allow you to get previously impossible numbers of stars. Casey’s Shield Guardian gives you two recharging shields that protect your note streaks. Judy Nails can overflow her rock meter, garnering two extra stars. Others include a five-percent Star Power boost for every 10-note streak and an Ankh talisman that saves you from failing out of a song.

This basically amounts to grade inflation. I’m certainly not as good at Guitar Hero as I once was, but I remember what nailing a song feels like. What would have been a three or four-star run-through of a song now nets you six or seven stars. If that makes you feel better, fine, but I’m not going to delude myself.

The powers become more interesting later in the game, when you must assign the characters into two bands to face the final boss. Here it’s important to wisely combine your powers in order to maximize your advantage. For example, I constructed one band to focus on Star Power and the other for multiplier and note streaks. After you’ve finished the game, you can tackle it again in Dominate Quest, where you have all eight powers enabled but must get 40 stars on each song. If you’re playing well, you can play an entire song with Star Power on (and a 36x multiplier running). This arcade-style experience carries over to the new Quickplay mode as well, which adds cool Star Challenges that let you gain points to level up and unlock new rewards and items.

The soundtrack is a mixed bag. The earlier stages are well balanced and focused, giving you genre-oriented sets like Johnny Napalm’s punk gig at CBGBs or new character Austin Tejas’s classic rock block. The game’s centerpiece is a marathon playthrough of Rush’s sidelong 2112 suite. As a big Rush fan, I loved it, though I’m not on board with having the band members do an awkward recitation of the album’s silly story. The end of the game amps up the challenge with a final boss battle that features some ridiculously hard new Megadeth songs and a bonus tier of metal shredders. Frankly I think most of these songs are terrible and felt like a chore. I had much more fun coming back to earlier tracks on the Dominate Quest.

Guitar Hero: Warriors of Rock is often stupid and frequently silly, but I got caught up in shredding my way through the ridiculous experience. It doesn’t matter if I was laughing with the game or laughing at it; I was entertained. 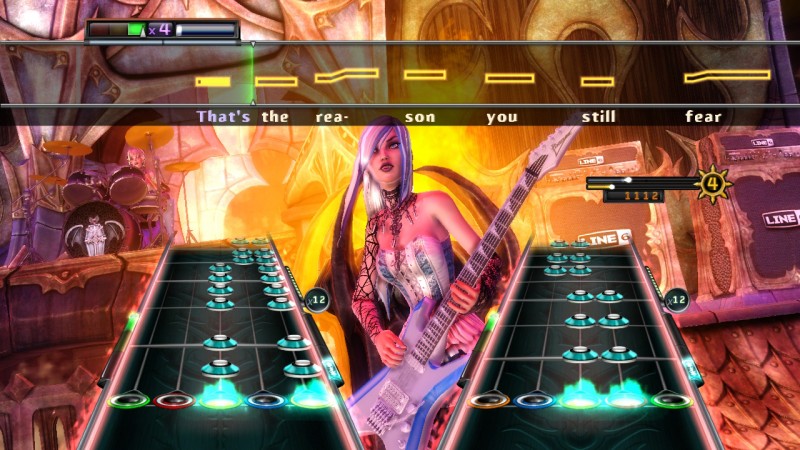 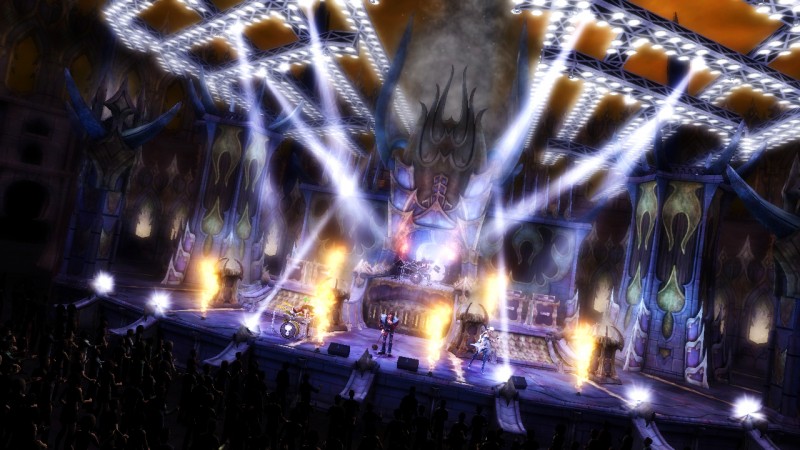 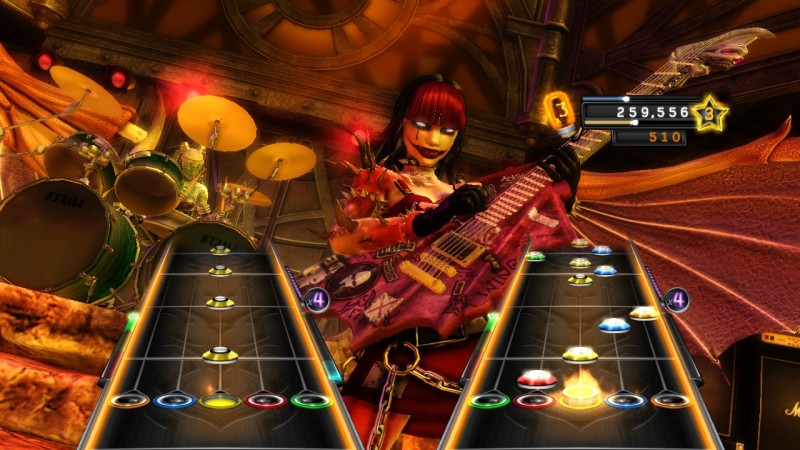 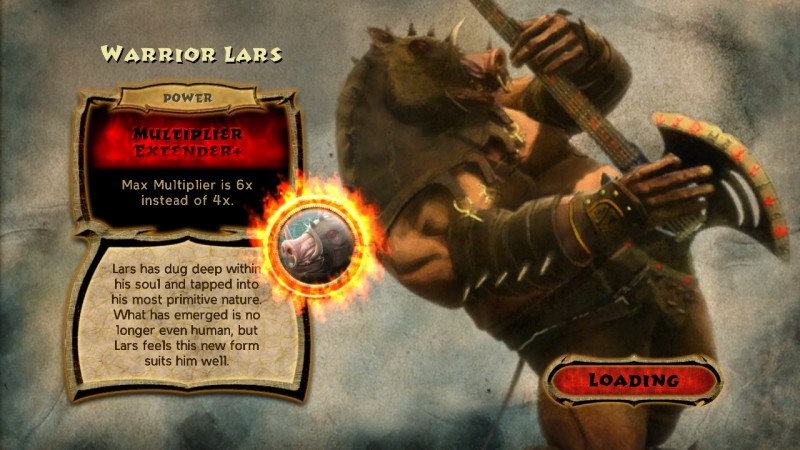 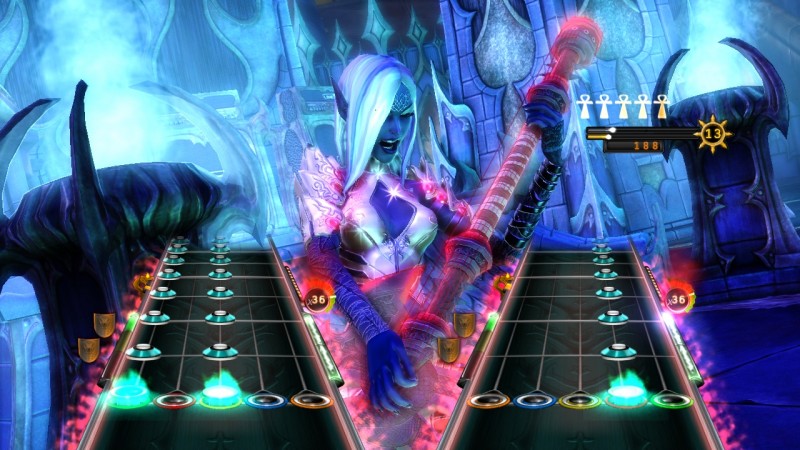 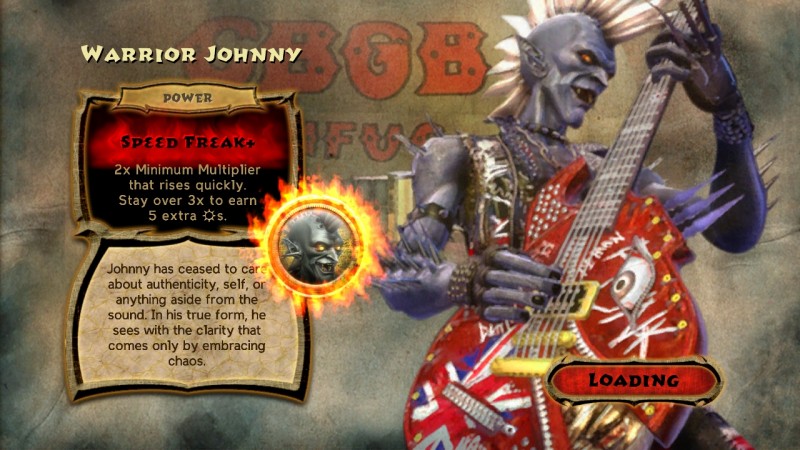 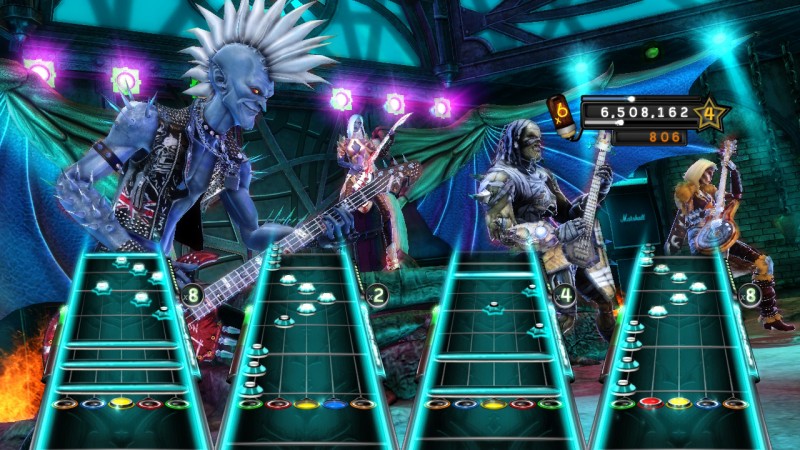 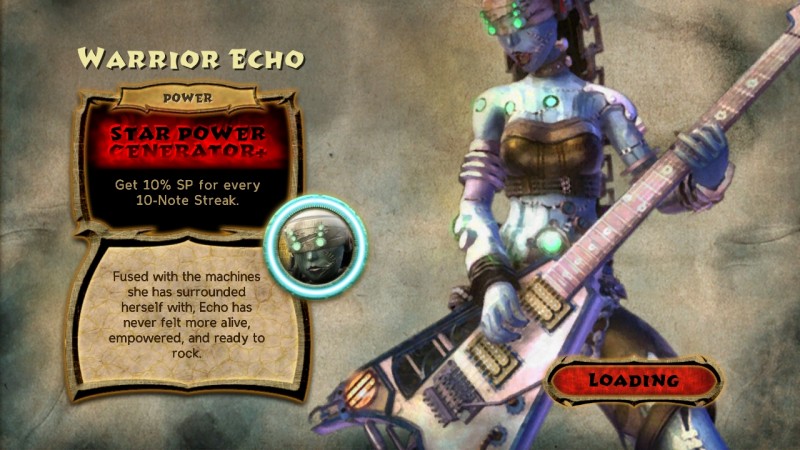 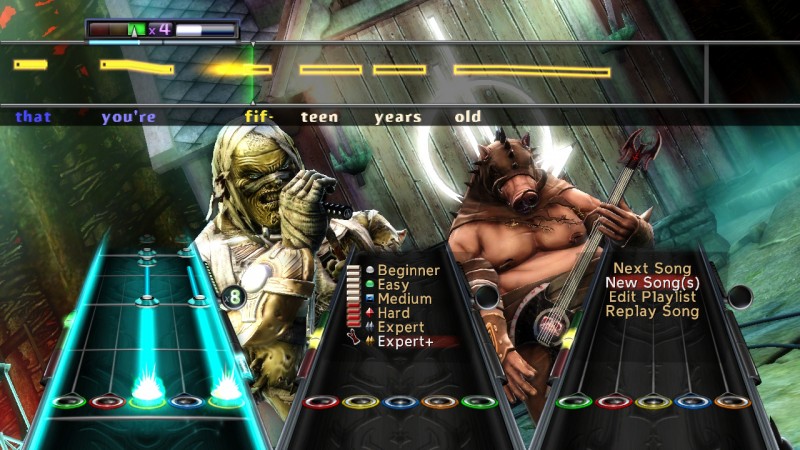 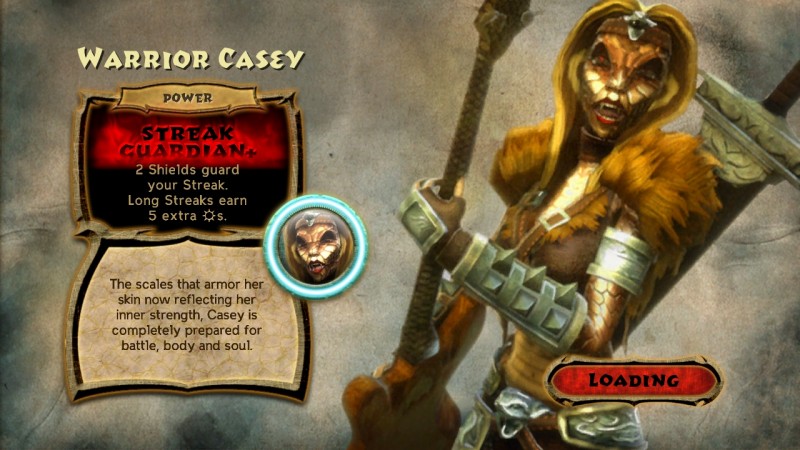 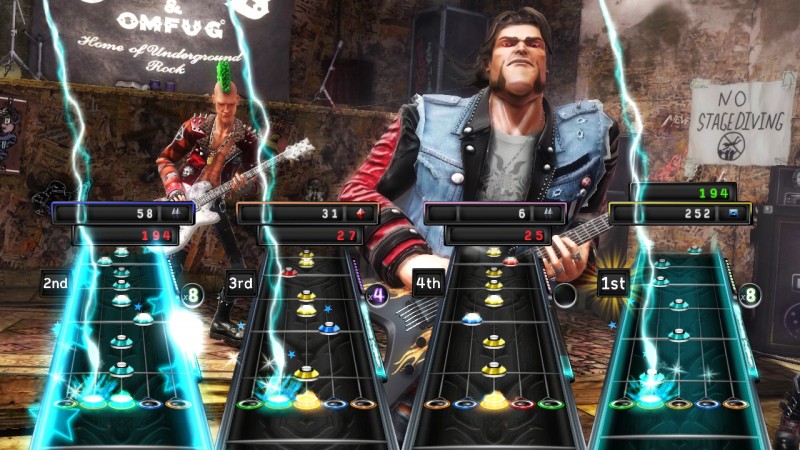 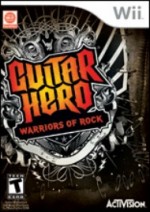 Purchase More Info
8
i
Game Informer's Review System
Concept Takes the familiar Guitar Hero gameplay on a ridiculous fantasy adventure
Graphics This is definitely the most ambitious eye candy ever seen in a music game
Sound At first the soundtrack is diverse, but later levels overemphasize shredding metal
Playability The new special powers add some interest, but mostly it’s the same old runway and notes
Entertainment Audacious or stupid (or both)? This game will sharply divide fans
Replay High