In the suddenly reignited war of the music games, Guitar Hero Live is this year’s wild card. A fundamental reimagining of control, presentation, and progression adds up to an experience that feels novel, no matter your background with the series. Sadly, much of the gameplay is gated behind a labyrinth of currencies and purchases that ultimately pulls me out of the music and keeps me from playing the game the way that I want.

I love the new guitar and its stacked six button layout. This new setup, with two rows of three buttons, isn’t fundamentally better than the familiar line of five buttons. Rather, it nails a different dynamic, in which your finger placement better evokes the sensation of playing real chords. The challenge ramp-up is steady, offering ideal entry points for beginners, while the highest difficulty is a genuine test of developing a new skill for expert players. Drop in/out local play for a second guitarist is ideal for parties, and the option for a third player to take up a microphone and sing along is nice. Returning players may miss the drum and bass options of previous entries, but there’s a lot of content here to make up for it.

Two separate modes offer distinct experiences. Live mode includes more than 40 songs, each acted out through a stage presentation by one of 10 fictitious bands. These live-action song performances are over-the-top, goofy, and a little bit insane, and I love it. Whether intentionally or not, the earnestness of the roadie handing you your guitar, the clichéd bandmates, and the screaming and over-zealous crowd all add up to a wild experience that made me laugh out loud more than once. The craziness is accentuated by the two separate videos of each song – good performance and bad – that flip back and forth in response to your accuracy. The crowd that was cheering you along is suddenly despondent and hateful. The cute bassist who was giving you bedroom eyes a moment earlier is suddenly disgusted with your lackluster play. FreeStyle has even fleshed out the bands with backstories and press photos, which is the perfect finishing touch. Once played in their respective music festivals, the Live mode songs are also yours to keep and play at your leisure, which is a huge saving grace considering the way the other mode is handled.

TV mode is a much more complicated beast. This online-only experience offers two streaming channels of music videos. When you drop into the song and start playing, your scoring is measured against nine other live players of related skill. Streaming channels are an interesting idea, but if the current programming is metal and indie tracks, and all you want is ‘80s rock, you’re left frustrated.

Instead, you can opt out of the streaming channels and select tunes from a hefty catalog of 200 songs (different from the Live mode songs) and their accompanying music videos or live performances. I adore the variety of music on offer, even if it skews towards younger and more modern acts. Premium shows offer an additional route into the music; complete the entry conditions, like three-starring several other songs, and you can check out several additional songs built around a particular theme. Many of those premium songs will enter the broader streaming catalog in the following weeks, leading to an ever-expanding song collection.

Unfortunately, this freeform song catalog play comes with a major string attached. By playing anywhere in TV mode, you earn play tokens. Like popping quarters into a jukebox, you can spend these tokens to start any song one time. FreeStyle is generous with these tokens in the early hours, but if you mostly play your own choices in the song library, you’ll eventually run dry.

Once they’re gone, you can return to the two-choice streaming channels to earn more in-game coins to buy play tokens. But those coins are also how you purchase guitar upgrades (like a higher potential multiplier), cosmetic upgrades, and even uses of various hero powers. As such, you eventually face an infuriating decision between progression and the freedom to play the music you want. The other alternative is to use real money to buy hero cash, which in turn is used to buy additional play tokens. You can also buy a single 24-hour pass (currently priced at $5.99) for access to everything. There is no way to own any of the 200 songs in TV mode. The constant need to manage currencies is immersion-breaking, and you can’t practice specific songs without spending a token. This structure is exploitative, which bums me out.

I like Guitar Hero Live; FreeStyle has crafted an innovative and intriguing variation on the standard music game formula. But as I played, I couldn’t help feeling like my enjoyment was on a slowly burning fuse, and the inability to play my favorite songs was waiting to blow up the fun. 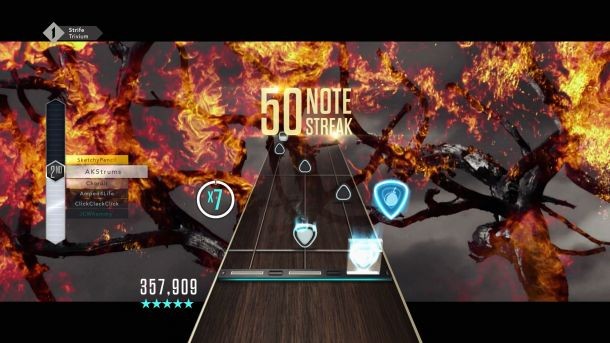 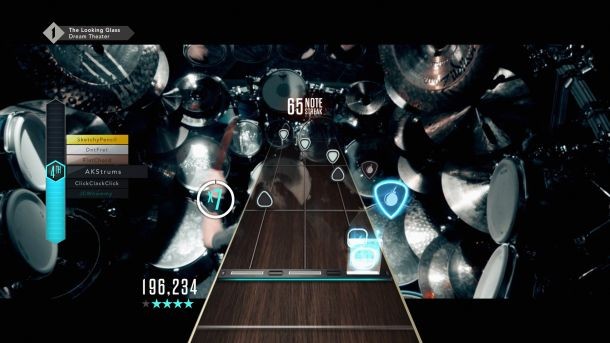 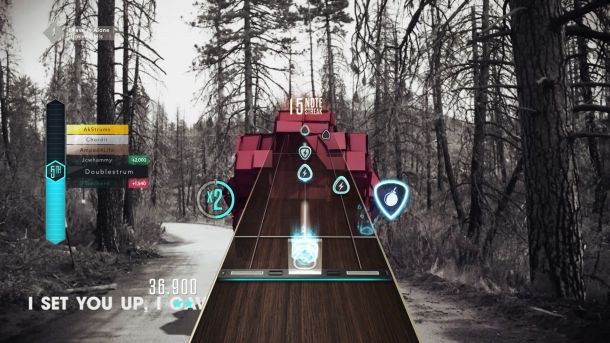 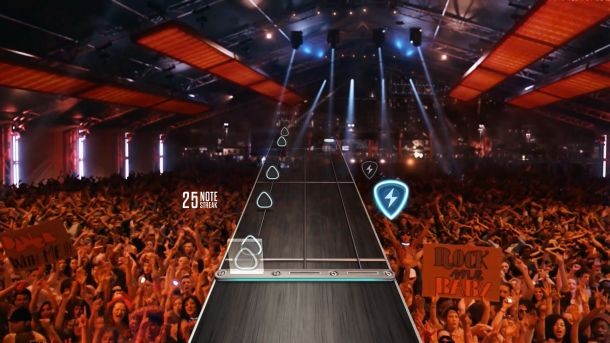 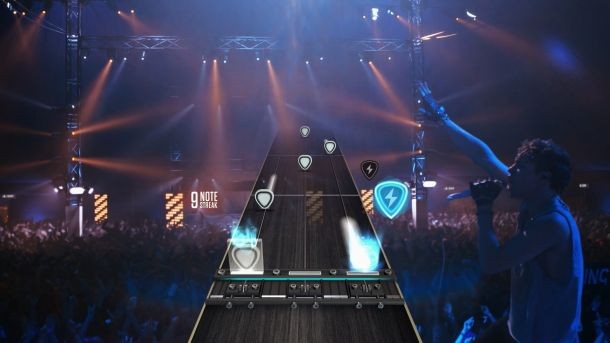 7.5
About Game Informer's review system
Concept
Reimagine the familiar mechanics and structure of music games
Graphics
The live action mode is goofy and thrilling, while the music video mode offers something compelling for spectators to enjoy as you jam
Sound
The song catalog is vast and varied, but skews toward younger and more modern acts over the classics
Playability
A new guitar controller is great fun to learn, but it’s less enjoyable to wrap your head around all the game’s currencies and price structures
Entertainment
An exciting new take on the genre hamstrung by a frustrating interaction model for getting and playing the songs you want
Replay
High