In the lead-up to the launch of Star Wars: The Old Republic, BioWare and EA increased the hype by pushing the idea that their game was revolutionary. I always cringed when I heard it. The Old Republic wrapped together a lot of things I already loved about MMOs and proved that adding a real story to that formula is a meaningful change. It was enough to draw me in and keep me hooked for a few months, but calling it "revolutionary" is an exaggeration.

ArenaNet is no BioWare. It is a relatively small Seattle-area company that many non-PC gamers haven’t even heard of, and it’s is preparing to release what appears to be the slickest, most smartly developed MMO I’ve ever seen. Oh, and there’s no subscription fee. ArenaNet has been quietly working away for years now and hasn’t used the weighty words that EA threw around so freely, so allow me to do so for them: Guild Wars 2 does everything The Old Republic promised and then some. This is the actual MMO revolution we’ve been waiting for.

I started my most recent journey to Tyria as a female norn guardian. Norn are a race of rustic, nature-loving northerners who have been driven from their homeland by a giant frost dragon named Jormag. The norn storyline begins in the makeshift capital of Hoelbrak, a giant city where they are preparing for the Great Hunt.

Guild Wars 2 continues the recent MMO trend of attempting to make story meaningful and important in an online setting, but there’s at least one thing ArenaNet is doing immediately better than The Old Republic. Your personal story is based entirely on your choice of race rather than class, and classes are not race-restricted. This means players won’t find themselves stuck with certain gameplay mechanics that they might not enjoy just because they’ve heard one class has the best storyline.

Part of that approach to storytelling comes in character creation. Unlike other games, you aren’t just tweaking your character’s visuals at the start. You’ll also make several personality choices that affect dialogue options and, eventually, the direction of your story altogether.

For example, I was able to choose whether my norn wore a helm identifying her as a truth seeker or some pauldrons showing her stripes as a religious fanatic. After that, I was asked what happened at a recent norn party. Did my character black out? Did she get into a fight with a rival? I wasn’t able to get far enough in the norn storyline in one weekend to see how these decisions actually affect things, but a coworker informed me that you'll begin seeing some of the differences before you hit level 20.

After finishing character creation, I was tossed into a tutorial area where I needed to prove my worth by hunting down one of several possible huge creatures. I went after a minotaur bull who was protected by its cubs. After gathering my trophy kills, I returned to Knut Whitebear, a higher-ranking norn who informed me that for the final event of this Great Hunt, he had lured a giant wurm to the area and was inviting all heroes to fight it.

Every race’s tutorial area ends with a similar boss encounter meant to teach how the open-world group events work. In this case, I was joined by three or four other level one characters in a small mountain enclosure where we encountered a ton of tiny wurms. After taking out enough of these burrowing menaces, the giant wurm that Whitebear spoke of burst from the ground. In the huge encounter that ensued, we had to avoid giant swipes of the wurm’s body by watching for tells and dodging. We also had to contend with smaller enemies as he summoned more of the tiny wurms to his aid.

Guild Wars 2’s event system scales dynamically based on how many players are in the area, but regardless of group size, encounters like this are immediately challenging. Even at level one, even in the prologue area, ArenaNet isn’t afraid to throw players into a situation where they need to pay attention, learn patterns, and use skills smartly. A massive creature like this should involve more than just hacking away at its torso for a minute or two. It should be a battle of attrition, and that’s what it felt like – albeit a very fun battle of attrition. Once I left the tutorial, I was immediately introduced to another area where Guild Wars 2 is showing off some smart game design compared to its competitors. The first NPC you run into outside of the capital city is a scout. Scouts are peppered across the landscape and are plainly marked on your map. Upon talking to them, they’ll reveal a certain area of your map, point out important landmarks, and (this part is key) mark tasks in the area that you can complete.

Tasks are the Guild Wars 2 equivalent of quests, but don’t expect to be walking up to characters with exclamation points floating above their heads. As soon as you enter an area with an incomplete task, you will instantly and automatically have it on your quest tracker. The world map keeps track of how many tasks you’ve finished in each area and even has a "World Complete" percentage that’s sure to drive completionists like myself crazy.

Even from the start, tasks are wildly varied and often involve more than just "kill x enemies." For example, the early norn tasks are based around paying honor to the various animal spirits that the norn worship. To honor the wise raven, I answered riddles posed by raven statues and helped gather raven eggs. To honor the leopard, a shaman transformed me into the animal, allowing me to scare prey out of bushes and hunt them.

One of the coolest parts of this system is how quickly and smoothly tasks can transform into random world events. At one point, I was near the bear shrine, performing the task of fighting off trappers and disarming the bear traps they sent. Suddenly an ice drake broodmother appeared marching down a nearby river. I decided to fight it, and three other nearby players joined me. By the time we took the beast down, I ran back to the bear shrine to discover it was under attack. The trappers had mounted an offensive, and I decided to help defend the shrine against waves of attackers.

All of this happened naturally as I explored the world without needing to talk to an NPC and skip a bunch of boring dialogue. It’s a strange system at first, especially for gamers used to the hand-holding nature of the most recent batch of popular MMOs, but I quickly realized how much I prefer it. Guild Wars 2’s quest design rewards exploring the world and helping other people. In other words, it embraces the things that actually make it an MMO rather than just trying to imitate a single-player experience.

There are a ton of other smaller things I want to praise in Guild Wars 2. I love the brief, simple cutscenes that usually just feature two characters standing in front of beautiful concept art, saving the action for when you’re in control. I love that the only time I made a decision in my main storyline, it was a decision that immediately and powerfully impacted the gameplay of the next quest. I especially love that Guild Wars 2 features a travel system, arguably making it the first MMO that genuinely respects your time.

But above all else, what sticks out to me is that Guild Wars 2 is so clearly in love with the idea of being a massively multiplayer game. For a while now, MMOs have been convincing me that all I want is a mostly single-player experience with chat room functionality. Guild Wars 2 reminds me of the joy that can come from having this huge world to explore full of other people to team up with, and it does so without sacrificing any of the approachability or care for storytelling that other games have focused on. This is the revolution that we deserve.

For more on Guild Wars 2, check out my interview with ArenaNet about the mesmer class and my earlier impressions of the game from Gamescom. 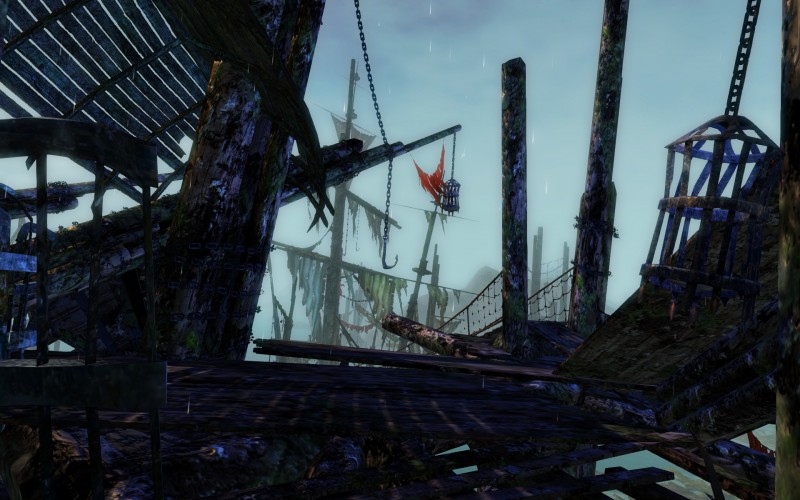 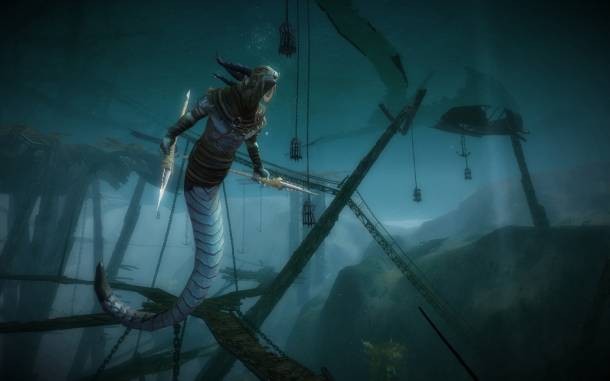 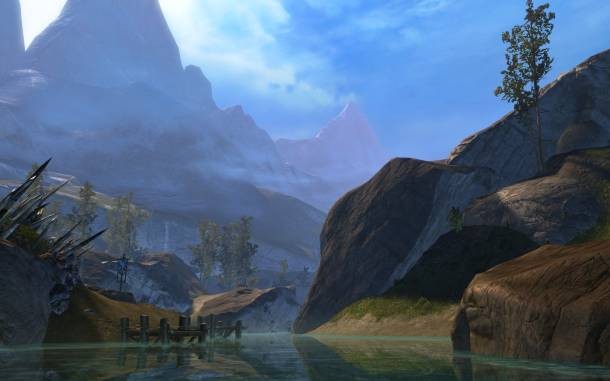 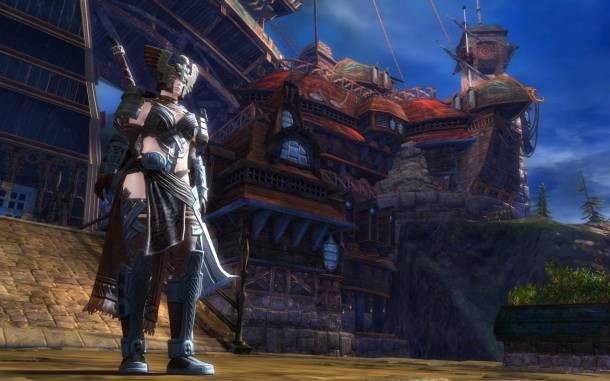 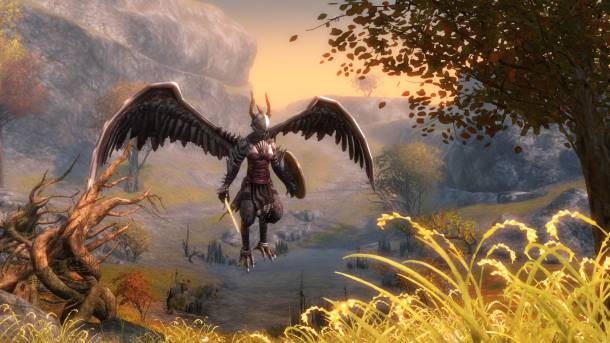 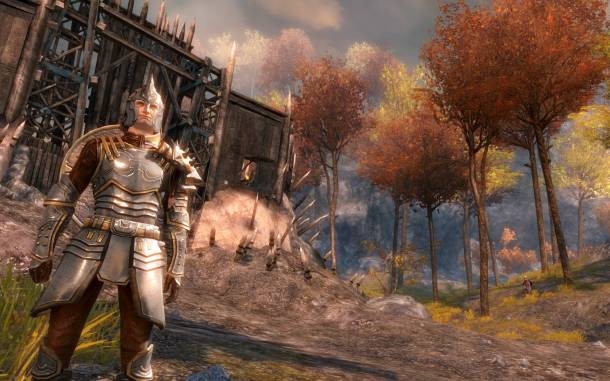 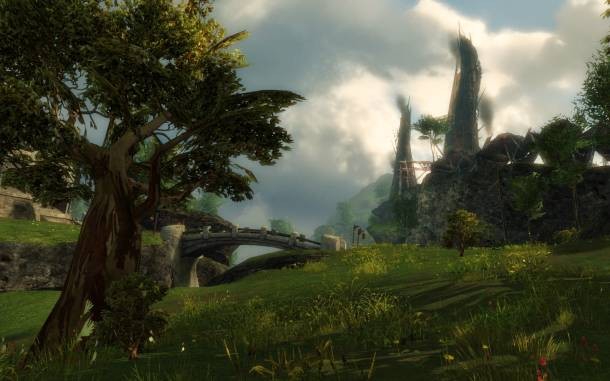 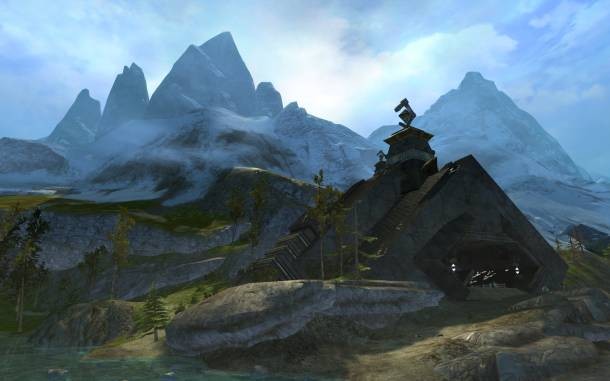 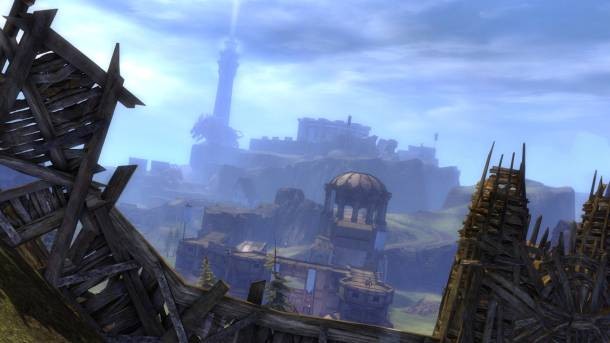 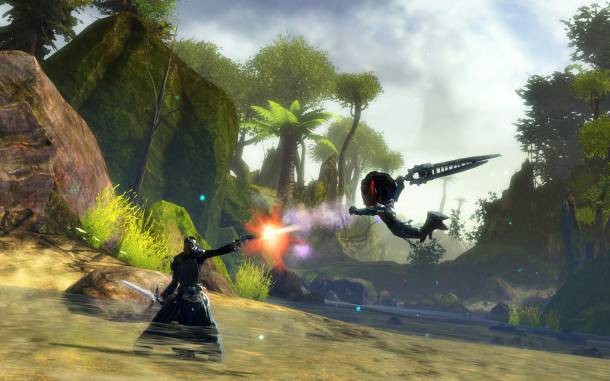 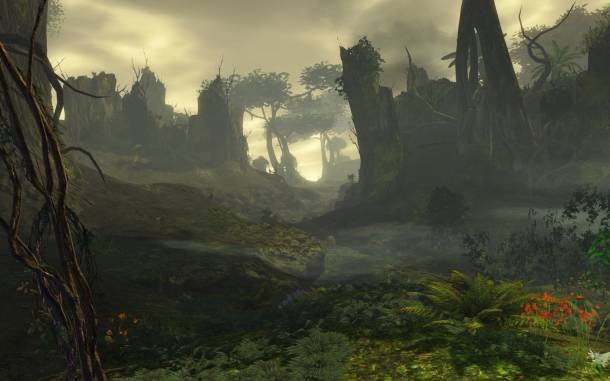 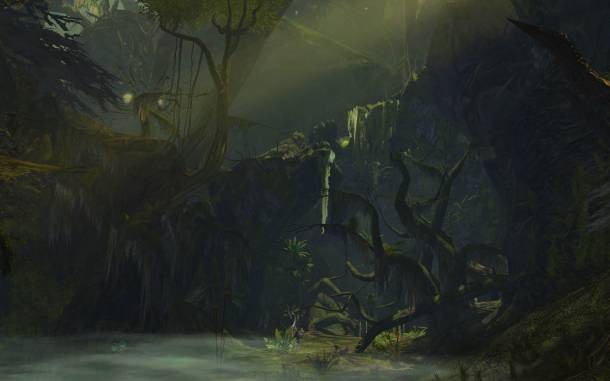 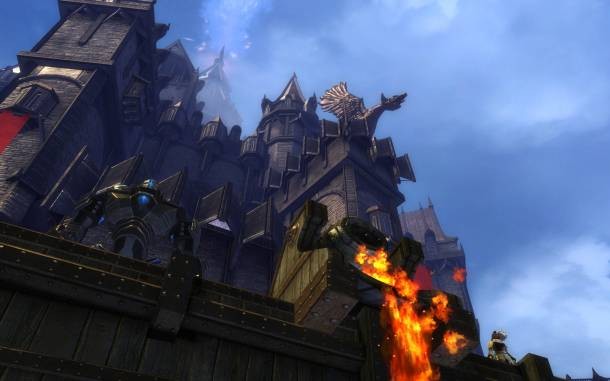 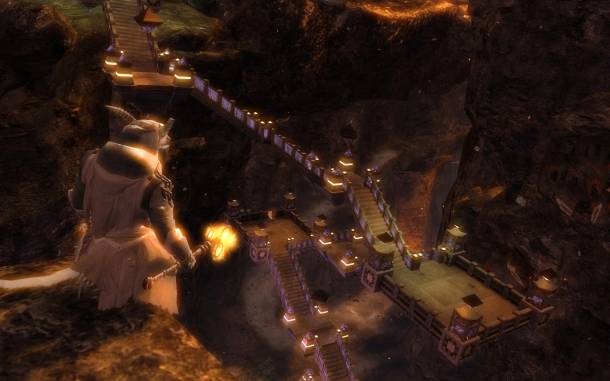 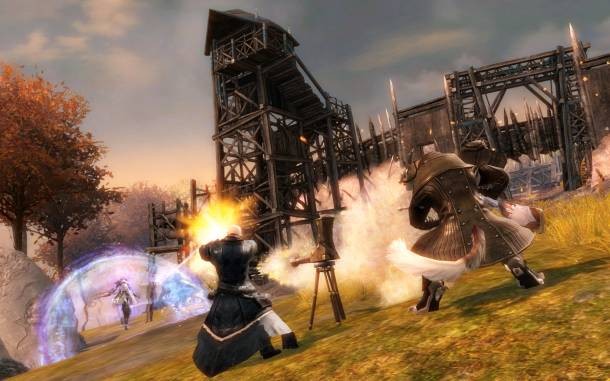