Telltale’s Guardians of the Galaxy is certainly the most sentimental version of these characters I’ve encountered. Across the scope of five episodes, Telltale’s interpretation maintains the goofy scoundrel vibe the series has become known for, but the bigger focus falls on the the character studies of these emotionally damaged heroes, as each tries to come to terms with their own individual pasts. While the final chapter struggles to find its footing for its first half, I’m pleased that all the character arcs do come full circle, and the season closes well.

As Episode Four concluded, our ragtag heroes had inexplicably broken up the band, for reasons that felt more than a bit contrived. Sadly, that contrivance drags down a good chunk of episode five, with a labored effort to pull the group back together through short vignettes interacting with the wayward characters. Even in these conversations, the Guardians seem to struggle to articulate why they were so angry before, and there’s little drama to the conversations.

Thankfully, Episode Five perks up once the crew is working together once more, and heads off to tackle a final galaxy-spanning threat. We’re treated to a big set-piece battle against the vengeful Hala. The team assaults her ship, and we send each ally to an appropriate task, then hear from them briefly as they complete their assigned project. While the sequence would have felt more impactful if we cut away to play out the encounters for each of them, there’s still a sense of cooperation and camaraderie to the scene.

That infiltration culminates in the most enjoyable action sequence of the series; Heart’s “Crazy On You” wails in the background as the combined might of the Guardians attempts to bring down the big baddie.  If you’ve been playing along up to this point, you know what to expect from the button prompt sequences, and Episode Five certainly doesn’t do anything to change minds. The movement and battle sequences remain the weak point in this and each of the previous episodes, but a little licensed music can do wonders to ratchet up the fun, as it does here.

At times over the course of the season, Telltale’s Guardians are more emotionally overwrought than seems entirely necessary, sometimes flying off the handle or crumbling under pressure too many times to maintain significance or relevance – like a soap opera in which the leads are always at some profound crossroad. Even so, this last episode manages to bring everything to a head in a satisfying way, and as players, we’re given the chance to define the relationships between the heroes. A powerful theme drives its way home in the final scenes – the tragedies and losses of our past may shape our outlooks, but there are always opportunities to form new friendships and families that carry us into the future.

While many aspects of the story are on a linear path, the consequences of some defining choices do echo into the season’s end, including a few important characters being alive or dead. Nonetheless, I wouldn’t go so far as to suggest that Guardians of the Galaxy offers a particularly compelling spread of choices across its many episodes. Instead, the biggest selling point of the season is the opportunity to glimpse some backstory for these popular superheroes, and explore the interpersonal dynamics that those histories have on the team. If that sounds appealing, there’s good reason to give Guardians a shot. The action may be lackluster, and the path through the story may not be filled with surprises, but I did manage to care how it all shook out for this mismatched squad of heroes, and that’s more than I can say for a lot of video game characters. 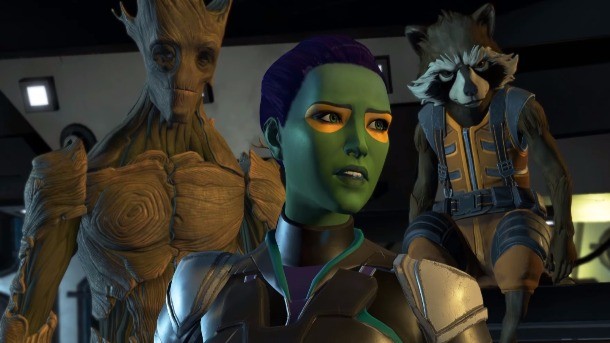 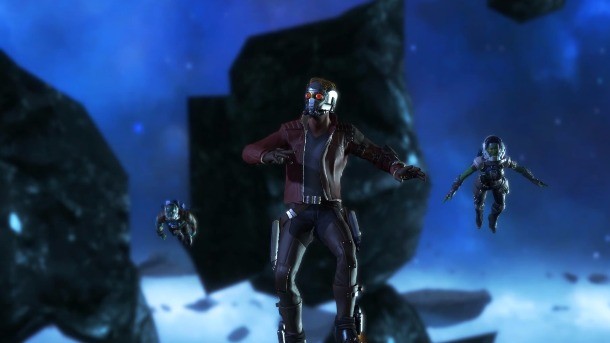 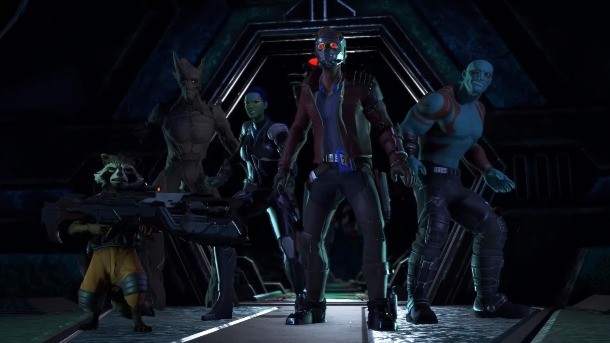 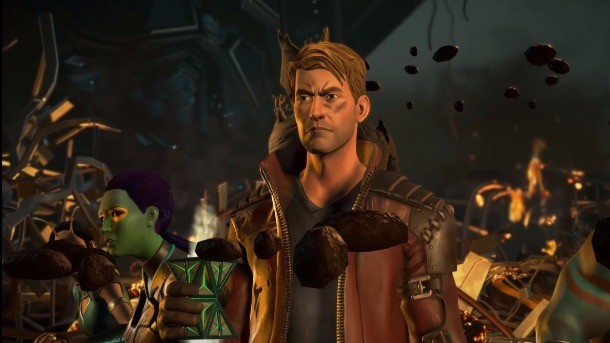 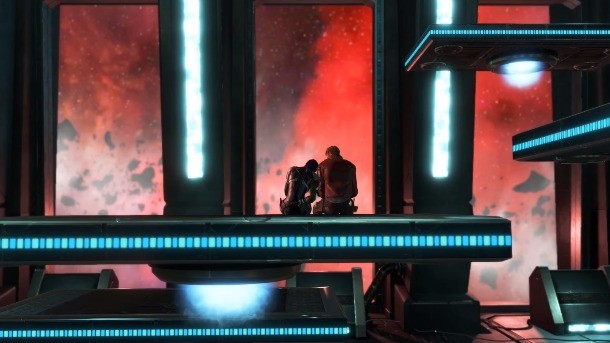 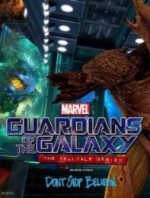 The final episode of Telltale's Marvel season starts a little rough, but closes the curtain after a satisfying conclusion.

7.75
i
Game Informer's Review System
Concept Close out the season with an feeling-charged reunion and climactic encounter for the space-hopping heroes
Graphics Character faces convincingly relay sadness and anger, even when those faces have antennae or raccoon features
Sound The licensed song moments continue to provide the best energy, and the voice actors finish out the arc with some affecting performances
Playability The button prompts that drive the action should be old hat to players who are still around for this final outing
Entertainment After a shaky start to the season-wrapping episode, the final minutes offer a satisfying conclusion
Replay Moderate