When Drinkbox Studios decides on a theme, it goes all the way. First showcased with kooky '50s sci-fi in its Tales from Space games (About a Blob, Mutant Blobs Attack), now the team has nailed traditional Mexican culture. Players control an average guy named Juan who is sent to the Land of the Dead by evil charro skeleton Carlos Calaca after he tries to rescue childhood sweetheart "El Presidente's Daughter." Juan becomes a powerful luchador who battles chupacabras and Day of the Dead-inspired skeletons – all while accompanied by catchy mariachi tunes. Everything is brought to life with a colorful, cartoony art style and fluid animation.

Guacamelee is a 2D Metroid-style game through and through. A detailed map helps you keep track of where you're going and various secret areas. Color-coded blocks wall off special items like treasure chests or heart pieces, restricting access until you gain specific powers. Throughout most of the game, you receive new powers from "Choozo" statues (one of Guacamelee's numerous gaming and pop culture nods) that expand both Juan's platforming and combat skills.

A deceptively deep combat system is what distinguishes Guacamelee from its exploration/adventure predecessors. Juan's ever-growing arsenal of melee combos, air juggles, ground pounds, grabs, throws, and wrestling slams gives players loads of options in battle. It starts out with basic attacks, but gradually trains you to be a master luchador who can easily dish out satisfying 80-hit combos. A variety of super moves – like a flaming uppercut or powerful headbutt – are highly effective and easy to perform. Since they're tied to a recharging stamina meter instead of ammo, I felt free to use them constantly. Ingenious use of a color-coded enemy shield system encourages you to keep every super move in the mix instead of relying on a few favorites.

Platforming is simple in the beginning, but later sections reach a level of challenge reminiscent of Super Meat Boy. Plenty of wall jumping and tricky triple jumps litter the stages, but the toughest business crops up when you gain the power to swap between the world of life and death at the touch of a button. This makes platforms and walls phase in and out in deviously crafted ways. At several points, I could picture what I needed to do, but it took many tries to get my fingers to perform the proper complex series of button presses. Don't let the difficulty deter you; the occasionally frustrating platforming sequences are nothing that some practice can't overcome. Headaches are eased greatly by the fact that you're instantly teleported out of a death pit to the last platform you were on with no health penalty, and the challenges are tweaked regularly so you're always doing something fresh. The sense of accomplishment upon completing some of the later setups is tremendous.

Boss battles are plentiful and entertaining. Characters like a flame-headed cowboy or a jaguar man show up and harass you long before you get to fight them, offering an insight into who they are and building up a traditional wrestling feud (sweet versus posters flash onscreen before every battle). These showdowns feel like they're from the glory days of the 8- and 16-bit platformer era. Most bosses beat you down out of the gate, but once you observe their patterns, you learn how to chip away at their health and eventually experience the thrill of victory.

Drop-in, drop-out local co-op play is supported throughout the entire game (the second player controls lady luchador Tostada), though I preferred going solo for the most part. When one player dies, they turn into the standard New Super Mario Bros. bubble after a brief respawn period. A second skilled player is great for extra firepower in combat, but the challenging platforming segments are only muddied. Battling for camera control and adding another failure condition in the already nasty jumping sequences is best avoided. Co-op isn't the best way to play, but giving players the option to team up is a nice touch.

Even with its platforming frustrations, Guacamelee is an excellent addition to the genre, retaining important classic elements and introducing several fresh additions. The main campaign took me around seven hours (with a decent amount of secret-searching). The pacing is just right, sending you from one adventure to the next without any bloated, boring spots. If you've got a PS3 or Vita, go suplex this into your system now.

To see more of Guacamelee in action, be sure to watch our episode of Test Chamber. 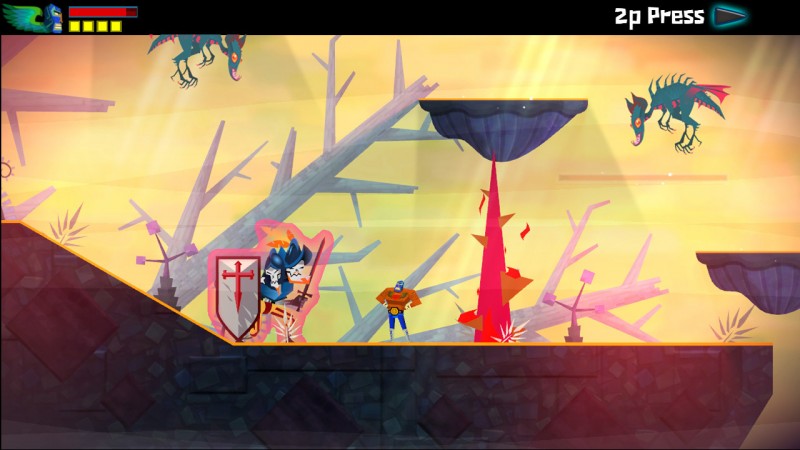 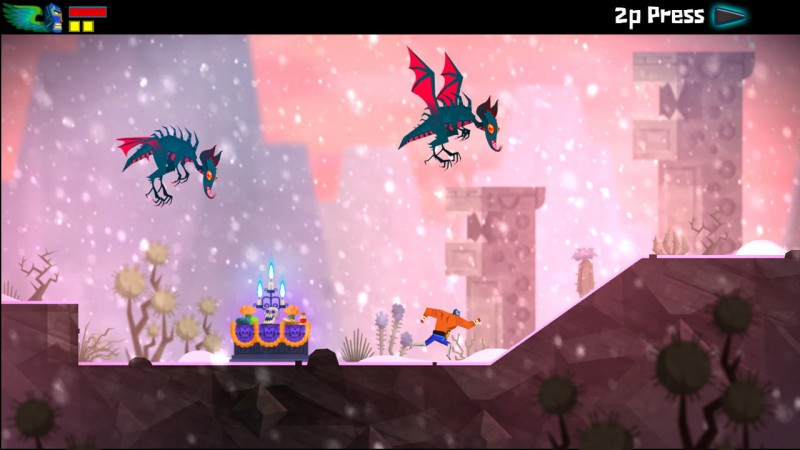 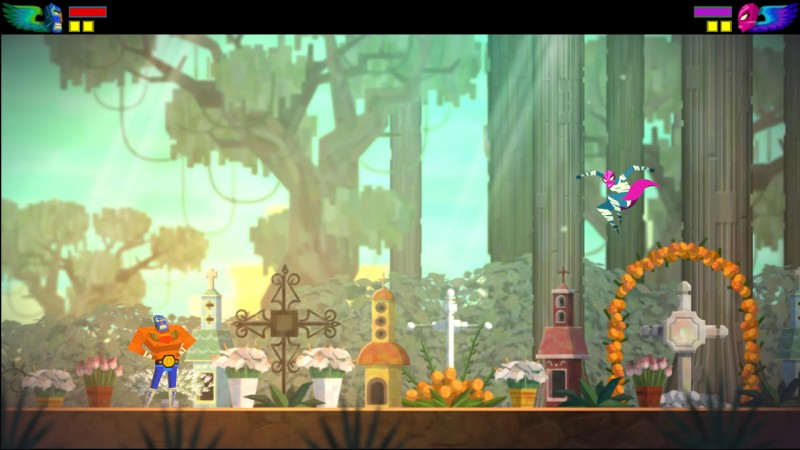 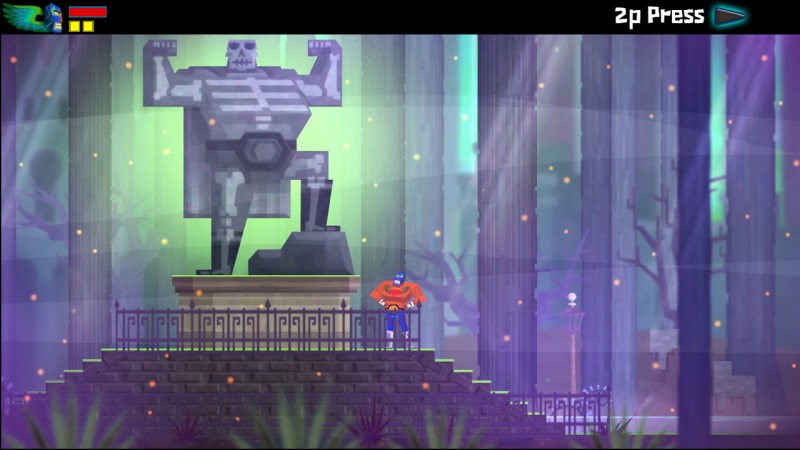 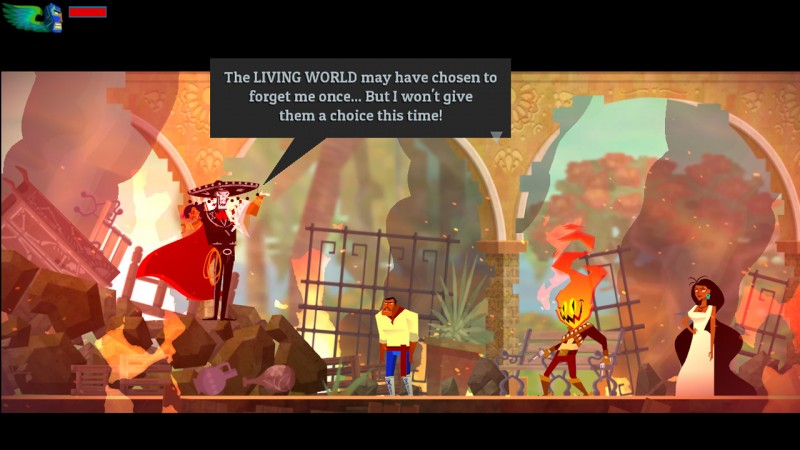 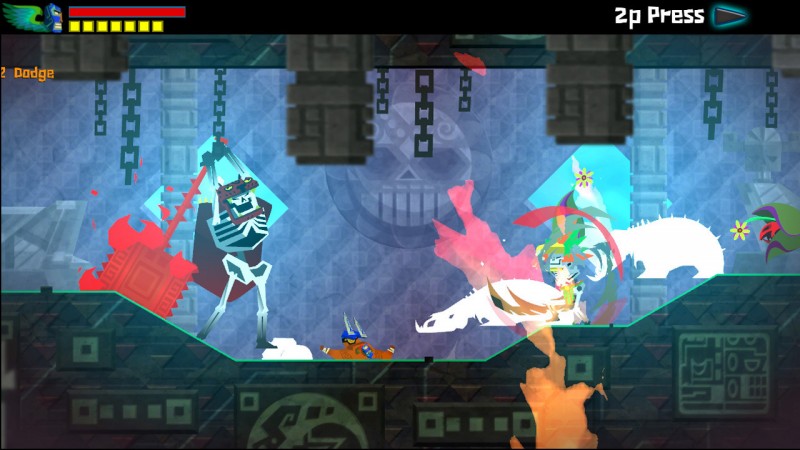 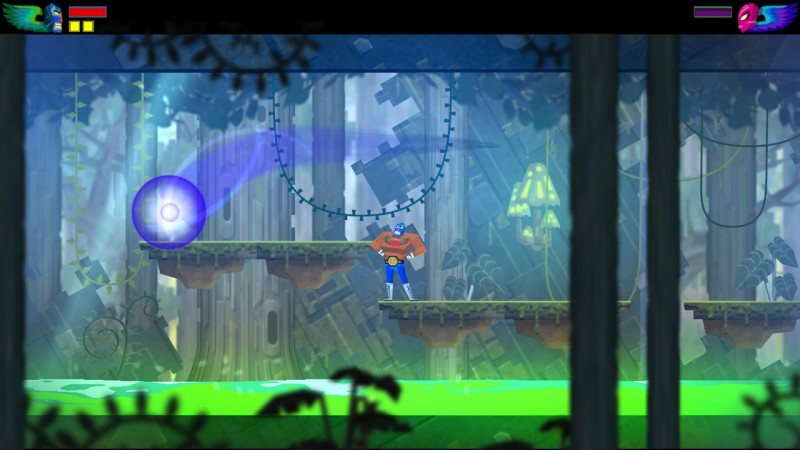 9
About Game Informer's review system
Concept
Blend the Metroid formula with traditional Mexican culture and folklore
Graphics
Striking art and animation from the studio that brought you the Tales from Space series
Sound
The upbeat mariachi music will instantly lift your spirits
Playability
The platforming and combat controls are equally tight
Entertainment
With a lighthearted tone, surprising depth, and an intriguing world, Guacamelee is easy to love
Replay
Moderately High 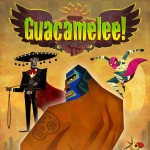