Harmonix’s follow-up to The Beatles: Rock Band is another single-band title, this time featuring the long-running Bay Area pop punks Green Day. The choice makes sense. Green Day has a cross-generational appeal and has maintained a high level of popularity for going on 20 years now. It’s great from a marketing perspective – a younger skewing, yet still classic-rock friendly band that has enough well-known material to fill a disc. Harmonix worked hard to deliver a full Green Day experience – the sheer amount of unlockable video footage, old photos, and Green Day memorabilia is amazing; it’s a new standard for single-artist music games.

That said, I’m not sure I’m on board. For me, this is the least compelling Rock Band game to date. While I enjoy Green Day, there’s a difference between a good song and a good Rock Band song. A great many amazing tunes just aren’t that fun to play. Green Day’s stock in trade is power chords, delivered in clipped, repetitive eighth and sixteenth notes. Billie Joe might be a great frontman, but he’s no master guitarist. The bass and drum tracks are more interesting than guitar, but playing this many Green Day songs in a row gets boring. To be honest, I felt some of the same things about The Beatles: Rock Band, but the breadth, depth, and quality of the Beatles’ songwriting gave me fascinating musical touches to notice and focus on. Here, the repetitiveness of the material is a slog. This is especially true of the first tier of songs, which are pulled entirely from the classic Dookie, a fondly remembered but musically one-dimensional album. You’ll notice the band members using the same strumming phrasing or rhythmic tricks over and over again – or stealing them outright, like when “Warning” lifts the riff from “Picture Book” by the Kinks.

The game hits its peak in the second tier of songs, performed at the Milton Keynes arena. Here you’ll play some well-chosen tracks off the band’s middle period albums as well as the entirety of the blockbuster American Idiot. The tunes are more diverse, especially some of the epic song-suites off of American Idiot like “Jesus of Suburbia,” which is the best song in the game, throwing new parts and melodies at you on a minute-to-minute basis. The final tier consists of the less satisfying 20th Century Breakdown album, which adds a new layer of pomp and (thankfully) more complex studio-musician lead playing. As a quick aside, I’m still boggled by the decision to include the a capella “Song of the Century” on the tracklist – couldn’t this spot have gone to a more worthy full-band song?

If, like me, you’ve cooled on the music genre in recent months, I don’t think Green Day is the band to reignite your love affair with Rock Band. In the future, maybe Harmonix could attempt a single band title based around a more complex – and more fun to play – band like Muse or Rush. This title has all the craft that Harmonix usually puts into its games, I just wish there were more songs I wanted to play more than once. 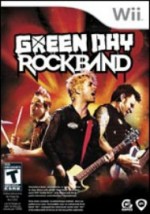 This title has all the craft that Harmonix
usually puts into its games, I just wish there were more songs I wanted
to play more than once.

Purchase More Info
7.5
i
Game Informer's Review System
Concept Give the Rock Band treatment to the world’s most popular pop punk band
Graphics It’s not as striking as The Beatles: Rock Band, but there are some great full-performance animations, heavy pyrotechnics, and cool crowd participation segments
Sound The soundtrack relies too heavily on the three most popular Green Day albums. You can also import six previous Green Day DLC songs into the game
Playability It’s largely by-the-book rock; Green Day isn’t exactly known for their adventurous musicianship. Features the vocal harmony support from The Beatles: Rock Band
Entertainment While they’ve had a fine (and surprisingly enduring) career, I’m not sure Green Day is the right fit for this franchise
Replay Moderate