Godzilla gives us an intimate look at the gracelessness of a man in a rubber lizard suit. This lumbering titan controls like an oil tanker at sea. He moves slowly – almost appearing to suffer from crippling arthritis with each thundering step he makes. When he faces off again rival kaiju, it looks like two actors with limited vision are aimlessly thrashing around, praying their actions look cool. Perhaps developer Natsume Atari intended to replicate the experience of wearing a Godzilla costume while filming a movie, but no gamer should ever have to endure gameplay this cumbersome and poorly designed.

The main hook of Godzilla is the care and detail that went into bringing the monsters of yesteryear to the PlayStation 4. All 22 of the playable beasts are just as cheesy or menacing as they are in the movies. King Ghidorah looms large over the world with an impressive wingspan and three heads that move like they are held up by wires. Motha and Battra are included in both larval and fully grown states, and there’s no shortage of Godzillas. Natsume Atari included the original 1964 Godzilla (complete with his joyous jump move), SpaceGodzilla, Mechagodzilla, the Heisei, Showa, and Millennium series versions, and the radically different takes on this character from the American-made films. The game also features a nice kaiju encyclopedia that provides details about each monster, the films, and the costumes.

I enjoyed looking at the box art and reading up on the history of this long-running film series, but that’s where the fun ended.

The main game mode, God of Destruction, is a study in repetition, forcing the player to complete the same goals over and over. Through a world map designed much like the branching paths from Star Fox, the player has some choice over which quadrant of a city Godzilla destroys next, but the mission is the same every time: Destroy every power generator.

Godzilla’s controls are as unorthodox as they come. His general movements are tied to the left analog stick, allowing him to march forward, backward, or strafe to the sides. To turn, the player must press the shoulder buttons. This is extremely awkward considering how slowly Godzilla moves. These are controls you’d expect to find when controlling a digital rowboat, not the king of monsters. Given the position of the default camera, it’s difficult to determine the range between Godzilla and his target. His tail swipes often soar over the head of a foe, and his punches may not land on the smaller beasts. No targeting system is offered for the iconic atomic breath, which forces the player to line up Godzilla’s head in the direction of a target, which is more work than it needs to be. His move set is a shallow mess, and the controls for the other creatures, which can be used in any mode, are just as poor.

Godzilla is a fighting game at its core, but it forces the player to play the horrible God of Destruction mode repeatedly to unlock upgrades and new playable monsters. Godzilla’s atomic breath can become more potent if the player uncovers the required materials to improve it. The only way to obtain these items is to play more, hoping you face off against foes that drop the items you need.

In most God of Destruction stages, rival kaiju appear to challenge Godzilla. Their A.I. is easy to exploit from long range, but can be unpredictable and unfair in close quarters. They cancel your combos and chain together devastating attacks that render you helpless. Godzilla can’t dodge in the traditional sense, but gains a few seconds of invulnerability when he roars or discharges a G-Energy blast. Given how slowly he moves, successfully calling upon a block can be challenging, but it did save me numerous times. The discharge is a surefire way to get an enemy off of you, but it requires temperature that takes time to replenish.

Some reprieve in monotony comes from the King of Kaiju mode, which is designed like a classic fighting-game ladder that pits two monsters against one another. Of course, it still uses the same horrible controls and gameplay, so the rewards for completing it aren’t necessarily worth the effort.

Evolving the monsters is key for the harder God of Destruction levels and the surprisingly simplistic online component. No offline multiplayer is offered, and there are no leaderboards or stats to track for online play. The only option offered is jumping online for free play against one or two rival monsters. The two-player battles can be fairly intense and are the game’s best avenue of play, but again, you need to play the miserable single-player content to make your beast powerful enough to stand toe-to-toe with the other players online.

The three-player battles sound cool in concept, but end up delivering laugh-out-loud moments, as one player almost always stands back to let the other two combatants duke it out. This is a smart move. Since the beasts move like sloths, transitioning to another combatant requires a great degree of effort and will leave you wide open to attack. Once one foe perishes, the player who watched from the sidelines mops up what is left of the other titan. This happened in almost all of my three-player matches. In some bouts, the latency was so bad that it looked like I was creating a stop-motion film, pausing on the same frame for a few seconds.

I grew bored with Godzilla after a few minutes. It’s a towering abomination of a licensed property and a sad excuse for a game. I enjoyed the novelty and cheesiness, but none of the gameplay held my attention.

3
About Game Informer's review system
Concept
A colossal-sized disaster that pays homage to the kaiju films of yesteryear, but doesn’t offer anything meaningful to gamers
Graphics
The creatures look like they were stripped right out of the films. All of the cheesy details are intact. Buildings crumble like large cardboard blocks, but the effects add some visual pop to the chaos
Sound
The voice actors do a nice job delivering horrible dialogue. The monster sounds and score are quite good
Playability
Every action is slow, cumbersome, and repetitive
Entertainment
A great idea on paper, but Natsume Atari didn’t deliver the gameplay depth to back it up
Replay
Moderate 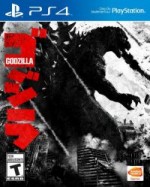