Since the original God of War released in 2005, Kratos’ epic has expanded to five games and three systems, including PSP. Those handheld entries from Ready At Dawn accomplish a rare feat, providing portable God of War experiences that earn their place beside the console installments. Chains of Olympus and Ghost of Sparta are great games – without needing to apply the “for a handheld” qualifier. This fact is clearer than ever now that they are bundled together in God of War: Origins Collection.

Because of the quality of the originals, the transition to PS3 goes well for both titles. A new HD coat of paint results in impressive visuals for both gameplay and cinematics, and the action flows smoothly thanks to the improved framerate. The graphics aren’t as jaw-dropping as God of War III, but I doubt any reasonable gamer was expecting such a drastic transformation.

Both games also support stereoscopic 3D, but I can’t really tout that as a selling point. The feature doesn’t make the games any better or more immersive; it’s a neat trick, but you’re not missing anything without it. The implementation of trophies is a far bigger deal, adding goals to shoot for and a few laughs, like the beam-walking trophy in Chains of Olympus. The games are worth replaying anyway, but trophies give hardcore fans an extra incentive to revisit these chapters in the tale.

Underneath the new layer of polish, Kratos still feels as powerful and brutal as ever. He takes down towering beasts and commits deicide with ease, and the gameplay feels right at home. I loved both Chains of Olympus and Ghost of Sparta when they first released, but I’m not going to re-hash my original reviews. The biggest difference is that my only mechanical complaint is fixed on the PS3 versions. I never warmed up to using the shoulder buttons to perform the evasive roll on PSP, but the second analog stick eliminates this problem and puts Kratos’ full agility at your disposal.

The evasive roll was a small kink in the formula on handheld, but now that it’s ironed out, you can enjoy the stylish combat and memorable story unimpeded. Without spoiling anything about the plot, I can say that Chains of Olympus and Ghost of Sparta possess a handful of the series’ coolest moments, from familial encounters to ruthless kills. They also have the best secondary weapons in any of the games (the gauntlet in CoO and the spear/shield combo in GoS), which give you a reason to finally put down the iconic chain blades and try something new.

Independently, Chains of Olympus and Ghost of Sparta were standout efforts that helped make a name for Ready At Dawn. When you put them together in the Origins Collection, you get two amazing and upgraded adventures in one $40 package that no fan of action games should miss. 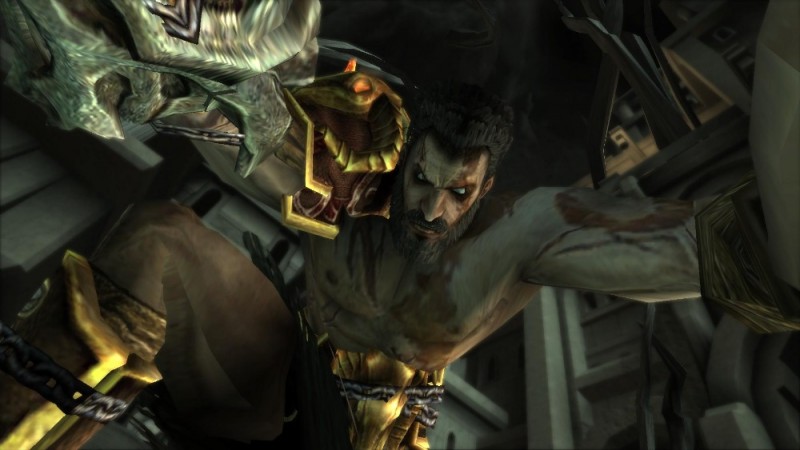 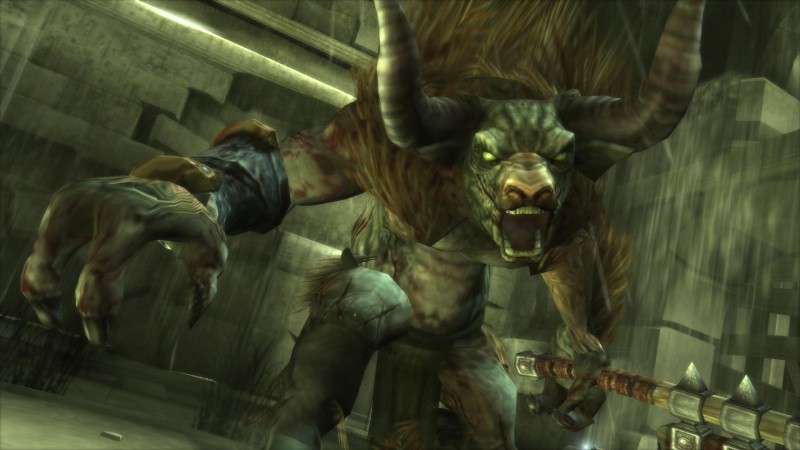 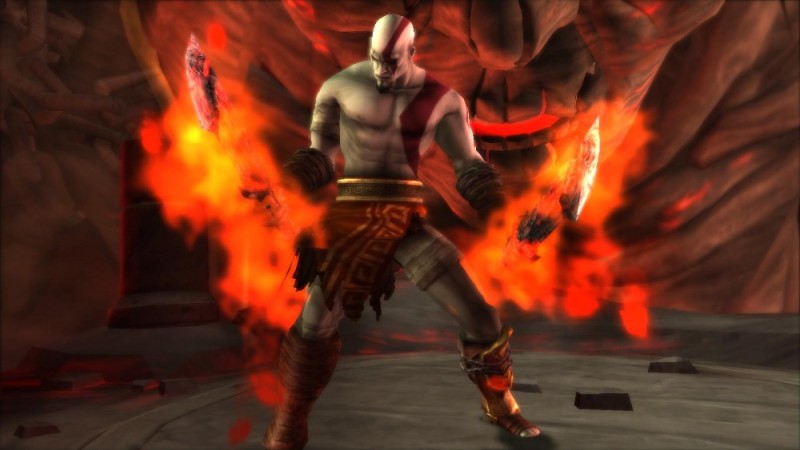 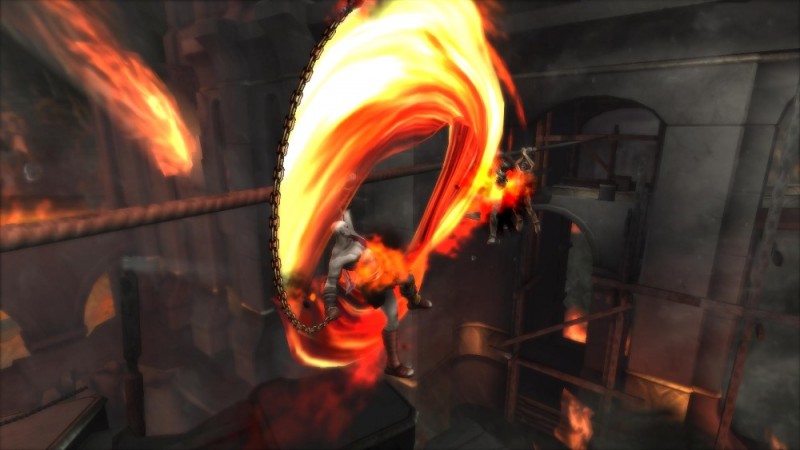 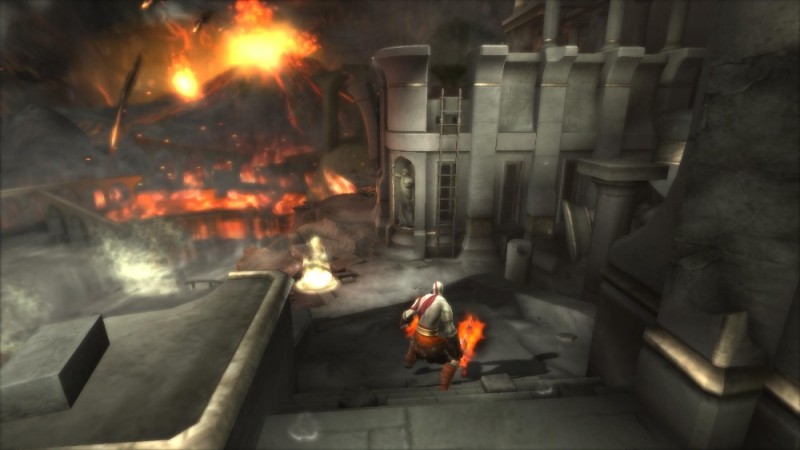 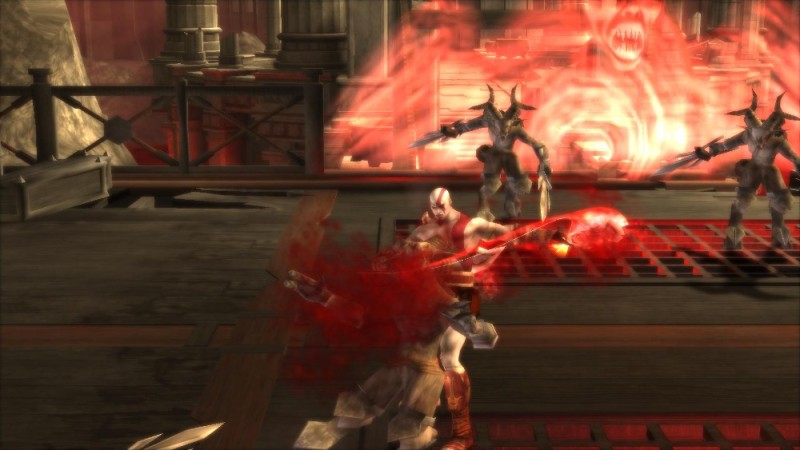 9.5
About Game Informer's review system
Concept
Play both handheld God of War installments remastered in HD
Graphics
These were good-looking games before, but the move to PS3 has made them better
Sound
Kratos does a lot of shouting, and the music does a lot of pumping-up
Playability
With the evasive roll mapped to the analog stick, everything feels just like it should
Entertainment
The full God of War experience, with fun combat and epic moments. Except this time, you get two games at once
Replay
Moderately High 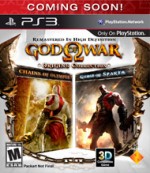