In a genre as crowded as the MOBA, games live or die in the details. Because of their extended learning curves, these minor difference matter more than in most other kinds of games. Though Gigantic ticks off many of the boxes that players might want from a MOBA, it also removes many of the nuances to make itself more accessible. As a result, it’s a middle-of-the-road experience that doesn’t provide the crushing lows and triumphant highs that can make MOBAs so rewarding.

Rather than make a series of drawn-out pushes toward an objective, teams in Gigantic fight over multiple rounds for a resource called power. Teams earn power by killing enemies, summoning creatures (which also provide healing, radar, or defensive walls), or harvesting it from predetermined points around the map. The first team to gather 100 power gets the chance to attack the enemy Guardian, the main objective. This structure removes the early “laning” phase of the MOBA (when players on both sides sit in the same area soaking up experience just by being near creeps), and makes Gigantic an easily accessible game. I like that you have an immediate incentive to group up, summon creatures, and pick off enemies. Health and stamina regenerate quickly outside of battle, which means you’re constantly in the thick of combat, and I appreciated the change of pace. Unfortunately, the MOBA and third-person-shooter elements interfere with each other, leading to long engagements that lack weight. MOBAs make their characters beefy enough to survive a few special attacks and have a chance to escape, while third-person shooter characters can usually only take a few hits before dying. Gigantic sits somewhere in between these two extremes, which results in opponents attacking and using their special abilities on each other for extended periods of time. This makes each attack and character ability lack impact, so the initial rush of entering a fight fades long before the encounter ends.

This slow pace extends to matches as a whole, which often feel like wars of attrition. Because Guardians have three health bars to chip away at, even lopsided games take longer than they should. Additionally, collected power becomes a shield for a Guardian when it’s vulnerable to attack, so a team can win a round and have little Guardian damage to show for it. This makes longer matches feel like a chore, and the same combat loops aren’t entertaining over that extended timeframe.

All of the 19 characters have their own attacks, special powers, and a Focus ability that builds up over a longer period of time. A few characters have creative ideas tied to them (Aisling can summon the spirit of her father to fight for her as a separate character in battle), but most tend to have the standard MOBA skillset, with different characters specializing in damage, movement, or utility. Many abilities that disable or lock the enemy in place don’t last long, making them weak and ineffective for setting up combos. Unless you become attached to a particular character’s look (and the vibrant art style definitely helps), you won’t find characters that beg you to invest in them. A bigger issue is that characters don’t seem to interact with each other in interesting ways; though some have toolsets that work in tandem with themselves, I never discovered ways to work with my teammates beyond being in the same place at the same time. One of the best parts of MOBAs or other character-based multiplayer games is coming up with powerful combos or tricks that require coordination to pull off. I never found that here. Team fights don’t have much variety beyond everyone throwing out their most powerful skills, holding down the attack button, and hoping for the best.

Gigantic is an accessible MOBA that admirably scales the genre down, but loses the magic that makes the genre so enticing. It lacks many of the myriad ability and character interactions that make learning these kinds of games so much fun, and the combat doesn’t find a comfortable center between MOBA and third-person action. The round-based structure may facilitate some back-and-forth matches, mostly makes matches longer than they need to be. While it might be an easy introduction to a complicated market, Gigantic doesn’t have the staying power to be more than a stepping stone to better, deeper offerings. 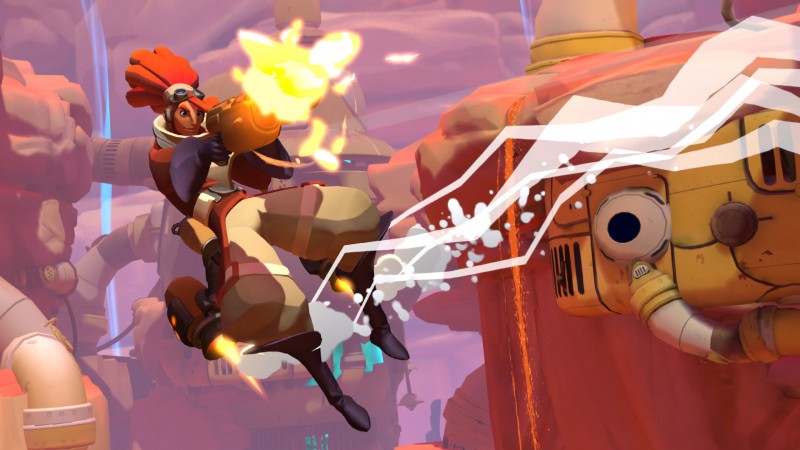 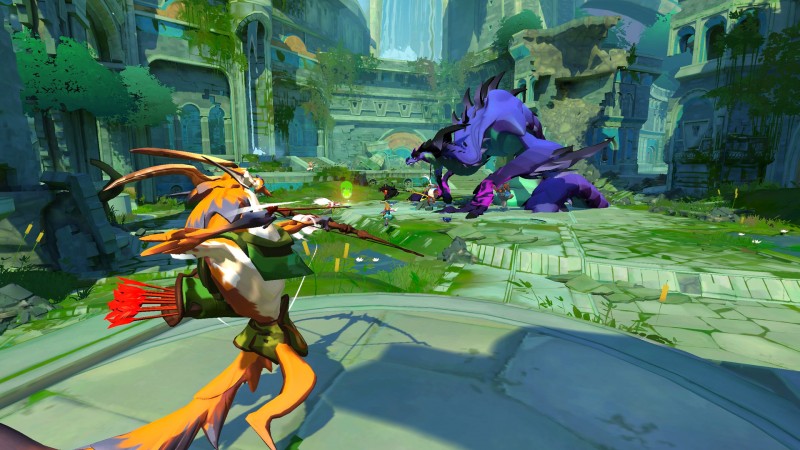 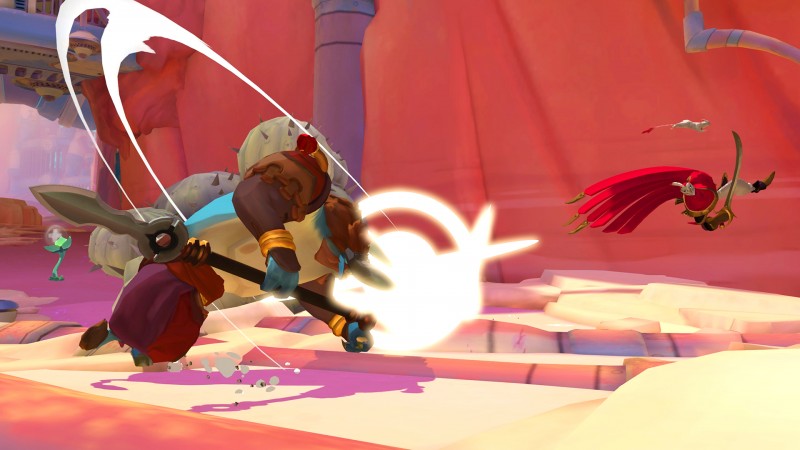 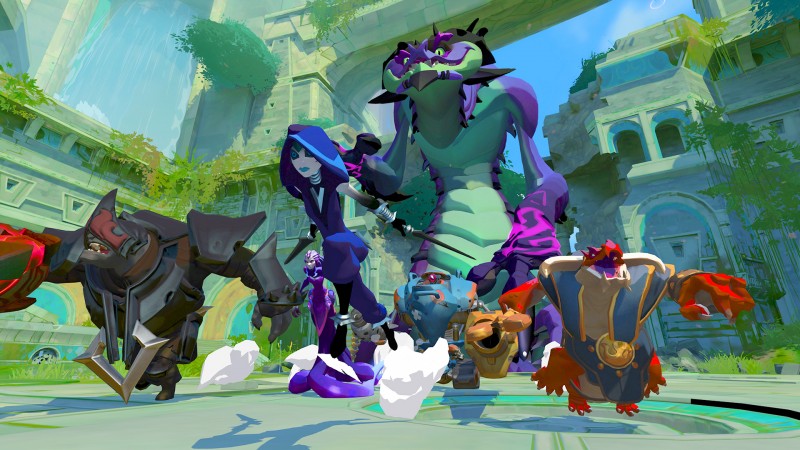 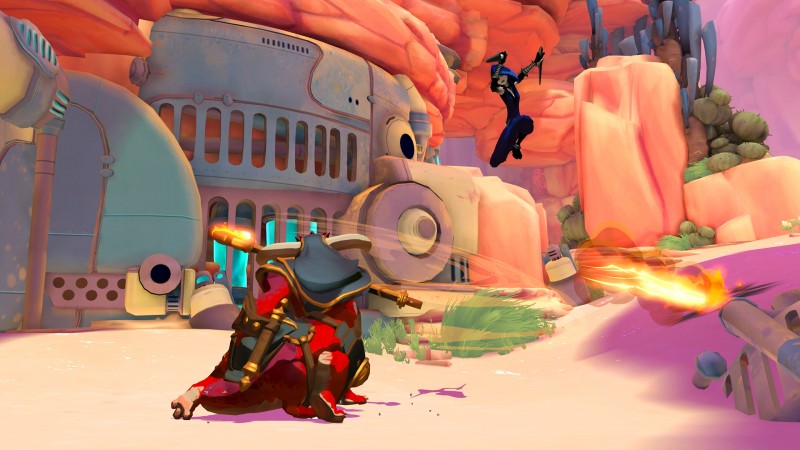 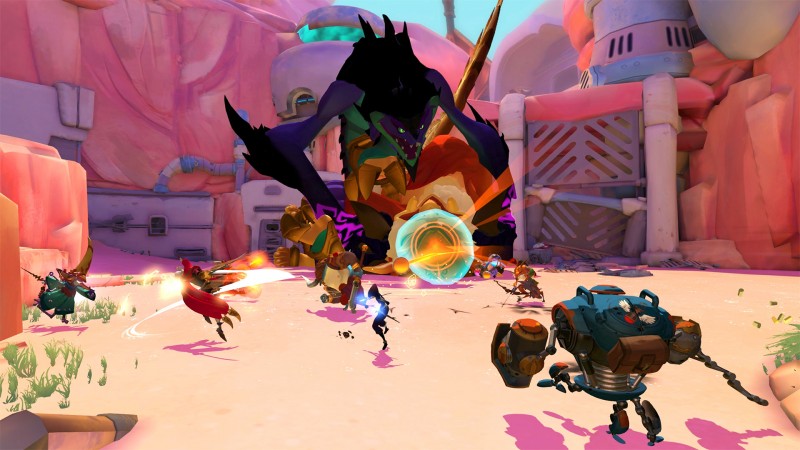 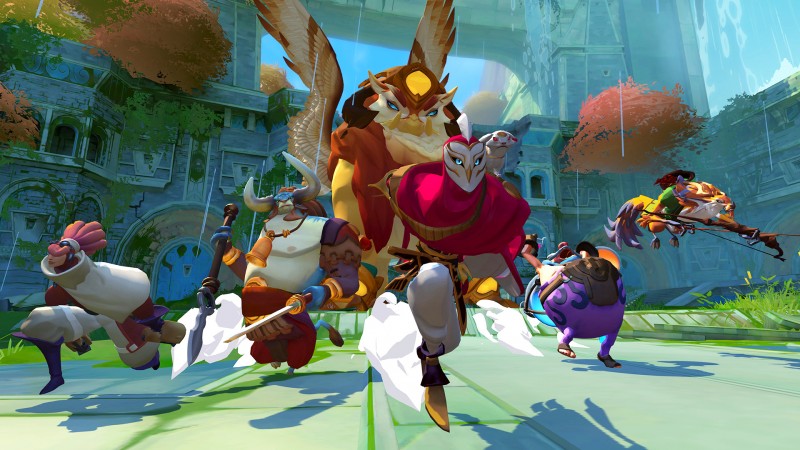 6.5
About Game Informer's review system
Concept
Simplify or remove many of the MOBA genre’s key aspects to create a combat-oriented brawler/shooter hybrid
Graphics
Each map and character is colorful, detailed, and gorgeous, though few of the character designs are memorable
Sound
Tried-and-true orchestral swells, chords, horns, and strings accentuate the action but won’t get stuck in your head
Playability
The control scheme maps well to a controller or keyboard, but combat feels lightweight and unsatisfying
Entertainment
Though its changes to the MOBA standard are creative, the multi-round structure leads to drawn-out matches
Replay
Moderate 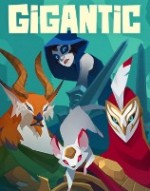