Switching Between Innovation And Frustration
by Jeff Marchiafava on Apr 03, 2013 at 10:44 AM
Publisher: BitComposer Games
Developer: Black Forest Games
Release: March 20, 2013
Rating: Everyone
Reviewed on: Xbox 360 Giana Sisters: Twisted Dreams is the product of an indie Kickstarter that aimed to resurrect an old Commodore 64 ripoff of Super Mario Bros., The Great Giana Sisters. While the Kickstarter was successfully funded and fans of the obscure series may be happy with the final result, some design problems make Twisted Dreams hard to recommend.

Black Forest Games' desire to stay true to its Commodore 64 inspiration is admirable, but results in more annoyances than nostalgia (especially if you've never heard of The Great Giana Sisters). One of the less-than-desirable throwbacks is the virtually nonexistent story; the minimal opening cutscene is so cryptic that I needed to read an online description to figure out what the hell was going on. Another nod to the past is a soundtrack featuring songs from the original game – but they are resurrected as god-awful Swedish heavy metal tunes and replayed endlessly.

Black Forest Games put its own spin on the series with the ability to switch between "Cute Giana" and "Punk Giana" on the fly, which is easily the most impressive aspect of Twisted Dreams. This ability is more than just a character swap; the environments, enemies, and music all change depending on which character is in control. The fact that each environment effectively had to be made twice shows the dedication the developer has to the source material, though the darker and less colorful palate of the goth worlds that Cute Giana travels through made me default to Punk Giana's bright and fluffy environment unless a specific obstacle required me to switch back. Switching between characters also grants you different powers. Cute Giana's twirling double jump helps compensate for some loose controls that make it easy to over-jump platforms. Punk Giana's dash move is less helpful. It allows you to shoot across the screen as a fireball, taking out enemies and destructible blocks in your path. However, the direction you travel is inconsistent, making it hard to tell whether you're going to snap to an enemy or ricochet off to a cheap death. Other mechanics, such as finicky wall-jumping, also fail to live up to the high standards set by modern platformers.

These minor control issues are compounded by the fact that every obstacle results in a one-hit kill – another unwanted throwback to '80s game design. Besides offering pitch-perfect controls, retro platformers like Super Meat Boy and Spelunky make their relentlessly difficult levels fun by keeping them short and minimizing timed sequences that force you to wait for things like moving platforms or obstacles. Twisted Dreams' gigantic, sprawling levels make no such concessions. They require copious exploration to complete, and the countless ensuing deaths you endure on the way to the exit weigh against you in your post-level rating. Twisted Dreams contains mostly generous checkpoints, but I still ran into plenty of situations where they were spaced frustratingly far apart, and Black Forest Games doesn't pull any punches in its demanding level design.

Even when things are running smoothly, you spend all your time in Twisted Dreams scouring levels for gems, often collecting well over 500 gems per stage. Collecting them isn't just a matter of completionism; they factor into your star rating at the end of each level. Fail to acquire enough stars on each stage and you won't unlock the boss fight at the end of the world, dooming you to repeat levels in search of more gems. To make matters worse, every level is a massive labyrinth of branching paths, some of which can't be revisited. There is no map, which means you can't tell which fork in the road circles back around and which leads on towards the exit. On one level, I spent well over 30 minutes scouring my surroundings, but couldn't get back to an earlier unexplored path and ended up with a two-star rating. I suppose that creates replay value, but not the kind I'm looking for in an already-difficult platformer.

Twisted Dreams culminates in a final boss fight that is so maddeningly difficult it had me laughing and cursing at the same time, and overcoming it delivers no payoff. Neither do the additional modes or the harder difficulty settings (that not even a masochist would enjoy).

I appreciate the clever abilities and creative level design on display in Twisted Dreams, but the one-hit deaths are unforgiving and frustrating given how long each level is and how imprecise some of the core mechanics are. Even when Twisted Dreams is firing on all cylinders, levels inevitably devolve into a tedious hunt for gems. Some platformer fans may enjoy Twisted Dream's unabashed adherence to '80s game design, but even as a fan of old-school platformers, my enjoyment was hampered by some significant shortcomings. 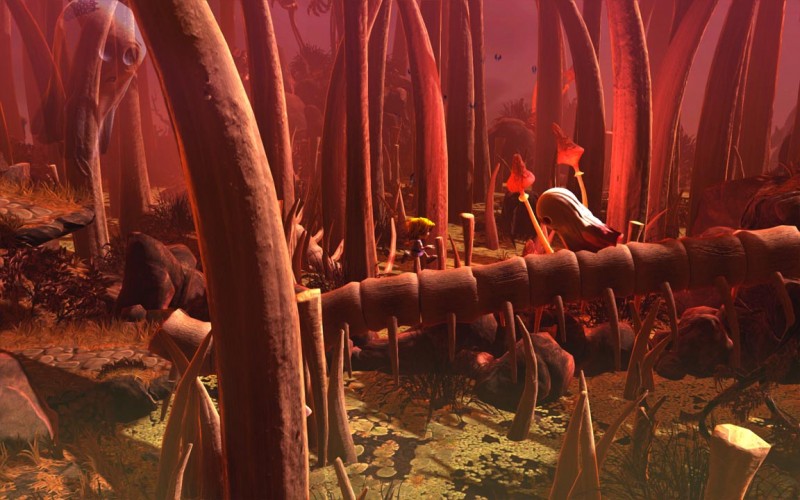 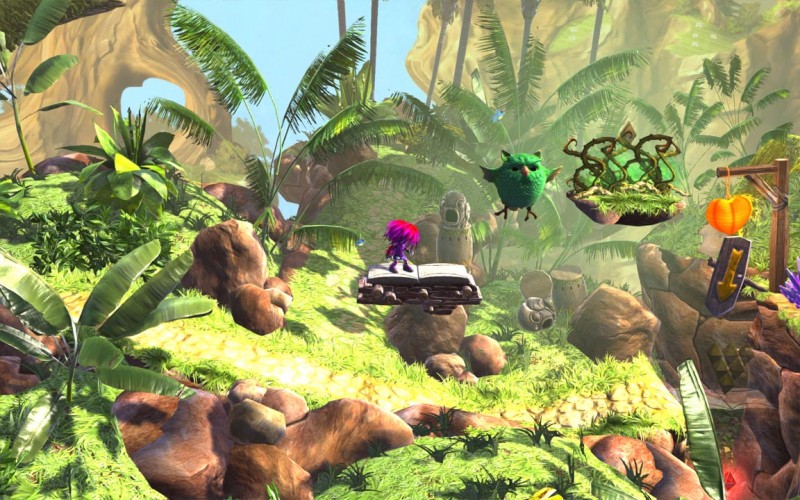 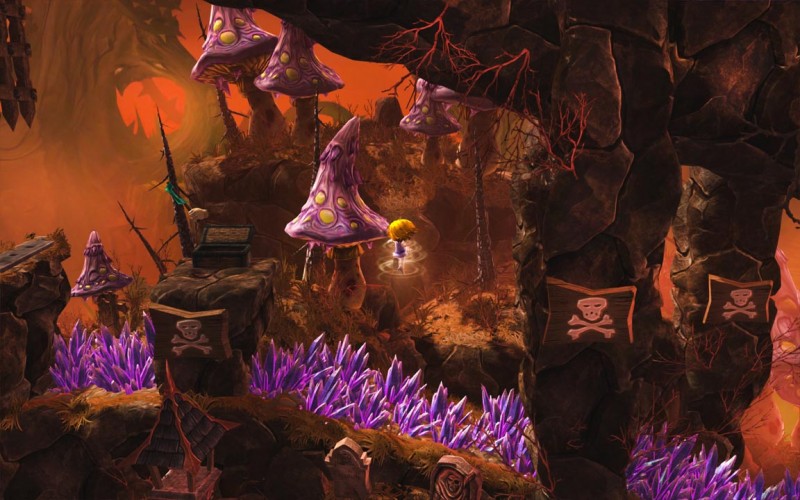 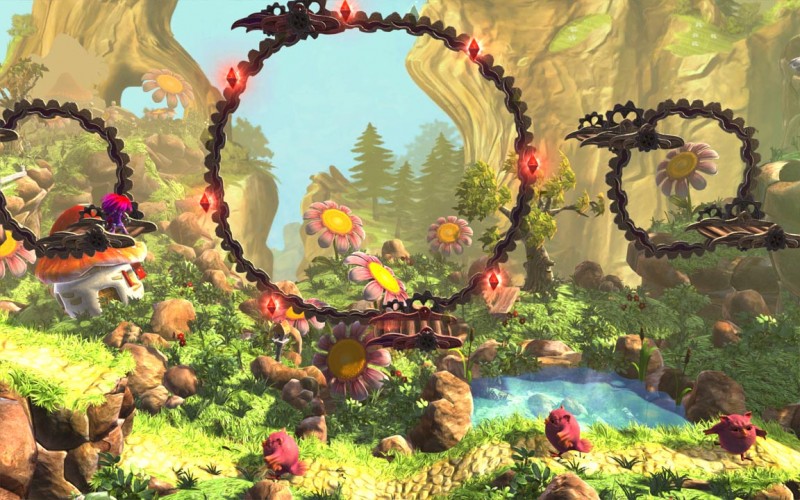 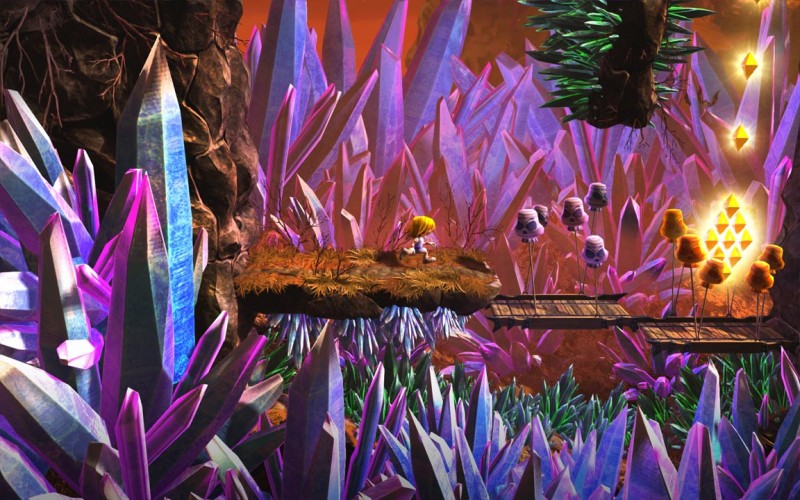 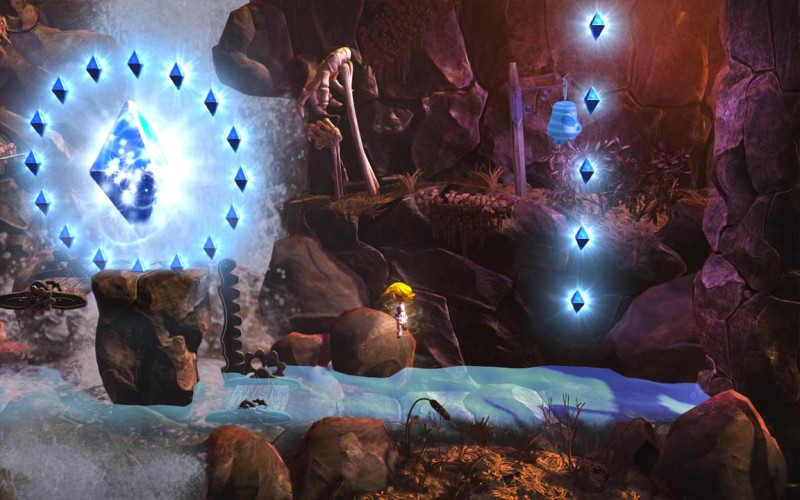 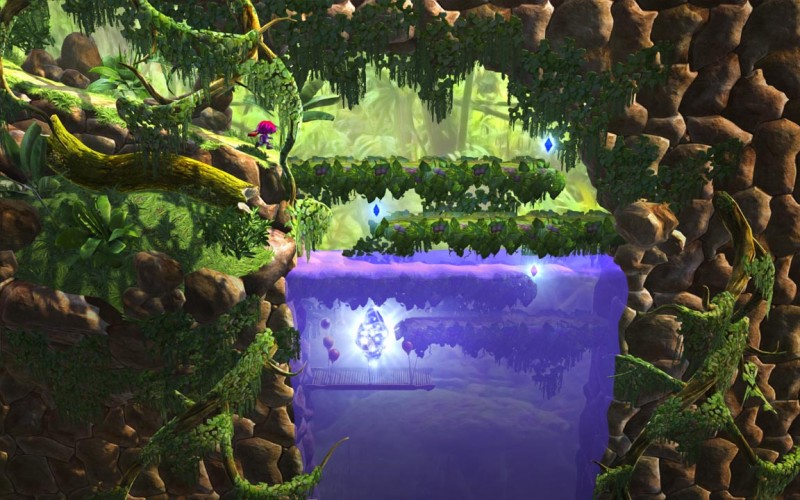 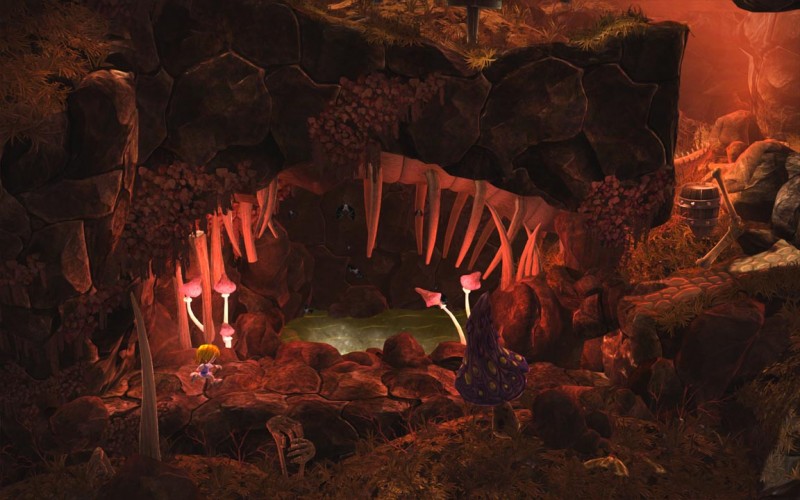 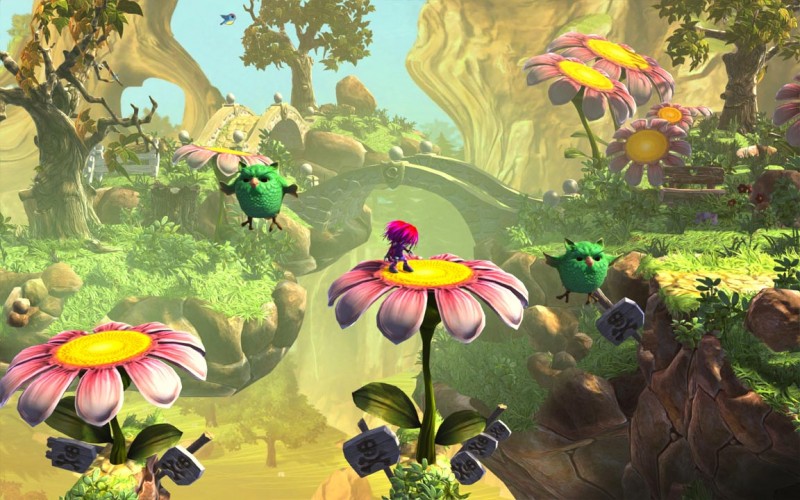 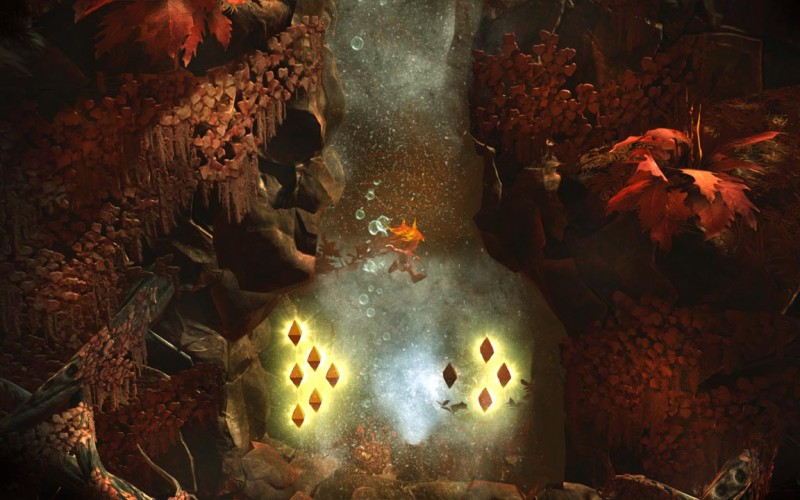 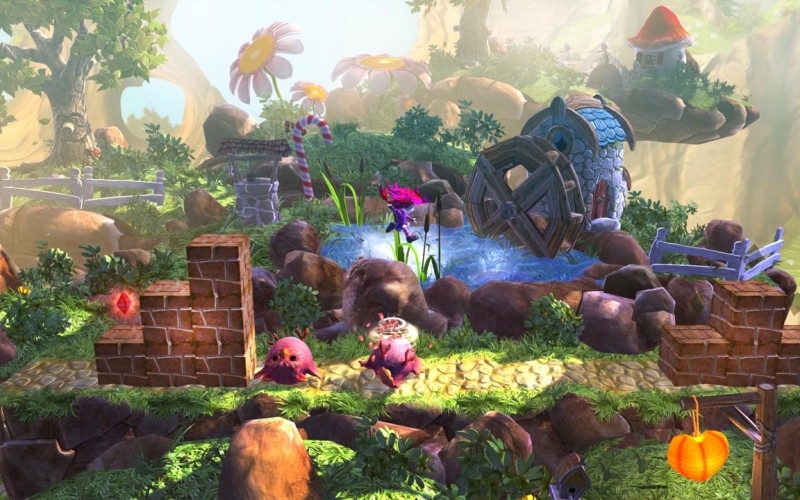 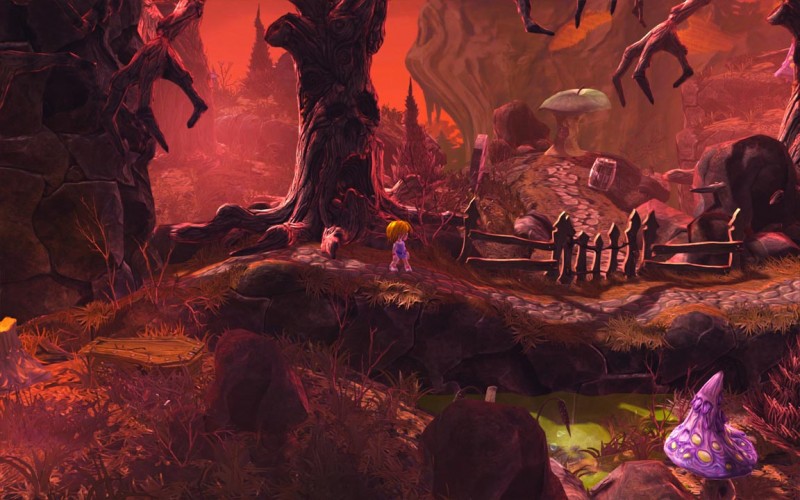 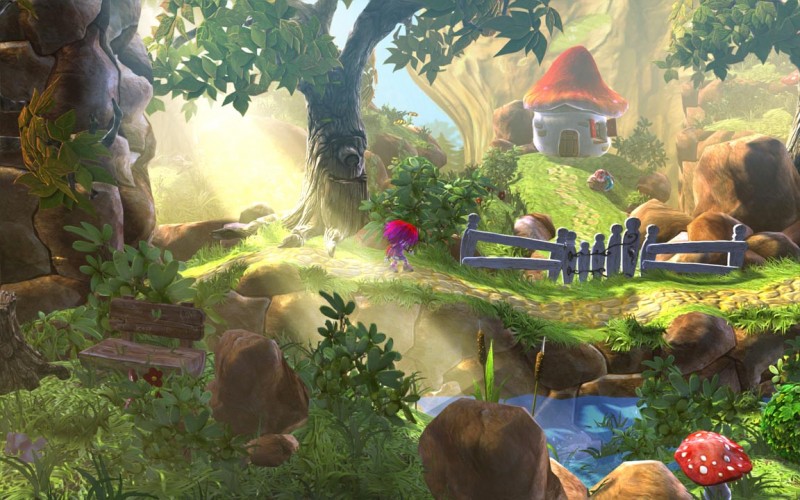 Even as a fan of old-school platformers, my enjoyment was hampered by some significant shortcomings.

Purchase More Info
6
i
Game Informer's Review System
Concept A colorful, challenging platformer where players switch between characters with different abilities
Graphics The cutesy graphics are doubly impressive given every object has two forms
Sound I don't know what's worse: the babbling giggles of the Giana sisters or the cheesy, repetitive rock music
Playability The basic platforming is a little imprecise and Punk Giana's dash ability is frustratingly inconsistent
Entertainment Some novel mechanics don't make up for some brutal difficulty and checkpoint placement
Replay Moderately Low