Ghost Recon Wii Review: Save Your Rounds For Another Day
by Matt Bertz on Nov 17, 2010 at 10:37 AM
Publisher: Ubisoft
Developer: Next Level Games
Release: November 16, 2010
Rating: Teen
Reviewed on: Wii Tom Clancy’s Ghost Recon franchise made a name for itself by embracing squad-based tactical warfare over the Rambo-style, go-it-alone military shooters that dominated the landscape upon its debut in 2001. In bringing the franchise to the Wii, Ubisoft and developer Next Level Games have questionably abandoned most of the traits that made the series successful in favor of questionable third-person/rail shooter hybrid.

The only area this version of Ghost Recon stays true to its namesake is with the near future plot, which takes place directly after a group of power-hungry ultranationalists stage a coup in Russia. Rather than tap the multinational NATO organization that was created to handle such a threat, the U.S. deploys a two-man Ghost squad to do everything but draft the surrender treaty.

In a move to appeal to the more casual Wii owner, Next Level Games ditches the hardcore tactical elements in favor of traditional rail shooting. Players do not control soldier movements save for pointing them to the next cover position, and enemies predictably flood in as soon as you reach your new entrenchment. Without the crutch of regenerating health, players must exercise sound judgment when determining when to pop out from cover to light up enemies. Each enemy type uses a different strategy, with some advancing on your position while others attacking from a distance with drones. The Ghosts deploy different arsenals depending on the circumstances, with your secondary weapon often rotating between a silenced sniper rifle, rocket launcher, or M249.

Ghost Recon doesn’t split the screen for co-op. Instead, Next Level implemented a terrible scope mechanic places a your telescopic sight in the lower corner of the screen. Given the small size of this picture-in-picture display, it’s difficult to line up a shot quickly, which exposes your position and leads to trouble. Throwing grenades is equally flawed, as they take too long to properly aim and once you toss them they often fall short.

To break up the monotony of the cover leaping levels, Next Level included several missions where you man a gun emplacement in a vehicle or control the weapons of an unmanned ground vehicle. Other levels require the Ghosts to move stealthily while methodically taking out groups of enemies with silenced weapons before they have a chance to react to your presence and fire off a warning flare. These stealth missions often devolve into exercises in frustration thanks to your questionable AI comrade, who doesn’t always operate with the necessary sense of urgency or prioritize the most dangerous threats. Even if you use the Focus Time ability to slow down the action and get the jump on the tangos, you’re often left frantically trying to neutralize several baddies while your partner takes it slow and easy. These situations are more manageable in co-op mode where you two can determine who’s responsible for which enemies.

Like many games for the network-challenged Wii console, Ghost Recon doesn’t include online co-op. Your only option outside campaign’s 12 missions is a simple arcade mode with online leaderboards that increases your score multiplier as you take down hostiles and punishes you for taking fire. You can either play this mode with or against a friend, but its predictability hardly makes it a destination mode.

In stripping Ghost Recon of its best-known traits, Next Level Games does the franchise a disservice. This Wii shooter is hardly worthy of its namesake, delivering a predicable and ultimately forgettable experience hampered by poor controls and uninspired level design. Let’s hope Future Soldier has a more promising battle plan. 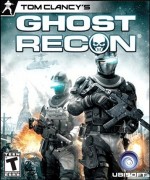 In stripping Ghost Recon of its best-known traits, Next Level Games does the franchise a disservice.

Purchase More Info
4.5
i
Game Informer's Review System
Concept Deliver a forgettable Ghost Recon for the Wii that features elements of both third-person and rail shooters
Graphics Blocky graphics with washed out textures make Russia look drabber than it does in real life
Sound The “reloading!” echo will ring in your head long after play sessions
Playability Sketchy scope implementation and wildly inaccurate grenade mechanics make an already difficult game more challenging
Entertainment In abandoning the traits that made Ghost Recon successful, the Wii iteration comes off as yet another uninspired shooting gallery
Replay Moderately Low