Gears of War 4 is every bit as enjoyable as the series' past iterations, but isn’t the fresh start you might think it is.

The fourth wall is nearly broken in Gears of War 4’s opening moments when a news reporter looks into the camera, and says “We’re back.” This dialogue is meant to elicit excitement from fans, but is somewhat of a misleading message, since Gears of War 4 is developed by a new studio, introduces new heroes, a new threat, new weapons, and has consistently been pitched as a “new saga.”

Before developer The Coalition shows us how different its vision is, Gears of War 4 begins with a clever playable prologue that walks us through the key battles that shaped Sera and the series.

Through this tightly scripted introduction, The Coalition does a fantastic job of giving players a true sense of closure while establishing the need for the story to head in a different direction. Set 25 years after the Imulsion Countermeasure (which destroyed all of the Locust and Lambent nests), we meet new protagonists JD Fenix, Kait Diaz, and Del Walker on a sunny and colorful hillside. The series’ trademark “destroyed beauty” approach to art design is nowhere to be found; it’s just beautiful. The sequence even concludes with the trio stopping to witness a butterfly being born from its cocoon. The takeaway from this moment is that something ugly can eventually become beautiful and dynamic. After this peculiar moment, which seems at the time to be more of a commentary on the series than anything in the game, The Coalition doubles down on its decision to take Gears of War 4 in a different direction. The first act is vibrant, free of blood and guts, and more about the political climate of the world. We learn JD and his crew have shunned the Coalition of Ordered Governments (COG) to live as outsiders. This initial story hook has a Robin Hood vibe, and begins with JD trying to steal a prized piece of technology from within COG city walls.

While old-school weapons like Lancers are still used, the established conflict is man versus machine – JD versus COG robots. The gameplay that stems from this is no different than the Gears of old. The “DeeBee” robots use cover just as effectively as the Locust troops, and a chainsaw can cut through them just as cleanly. They use wonderful new weapons like the Embar, a charge-shot sniper rifle that takes skill to use without it overheating. The robots also change up combat dynamics in interesting ways, and often populate the areas quickly through drop pods that bounce across the terrain like dice rolling across a dealer’s table. The robot threat may sound like a setup for an entirely different game series, but it works well with Gears’ tried-and-true combat.

JD is the son of Marcus Fenix, but is nothing like his father, delivering upbeat sarcasm and wit, even when the odds are stacked against him. DNA testing might show he’s actually the son of Uncharted’s Nathan Drake, but he fits nicely into this war-torn land, and has a great rapport with his cohorts (who can be played in co-op, online or local). At the moment when it seems like their story is about to begin in earnest, it shifts gears. After a new monster threat called the Swarm emerges, Marcus Fenix is brought back into the fold, and the series’ past quickly becomes the present again. For the sake of spoilers, I won’t go into the plot too deeply, but the new threat brings Gears of War’s gameplay and narrative back to familiar territory. The story quickly transforms into a reunion with the elements that made the series great leading the charge.

Even though the reason for the switch is a bit of a stretch (and an unnecessary one given how great the new foes and story hooks are), The Coalition has fun with it to the benefit of the player, especially with the gameplay, which delivers chapter after chapter of excellent shootouts and destructive set-piece moments. The campaign is snappy in pacing and doesn’t feel bloated at any given time. Nicely designed boss fights and diversionary gameplay moments are scattered into it at the right times to change things up. One of these departures is the integration of Horde mode into the campaign. These battles push the player to fortify encampments and defend them against waves of Swarm. The blood flies nicely in these sections. The campaign is a fun ride – the series’ best since the original Gears of War. That said, the ending will be something people talk about, and not in a good way. I can’t think of any other game that has cut off so abruptly and on such a strange note. What happens in the final moments doesn’t feel like much of a conclusion at all, and it’s a puzzling sendoff.

The feeling of returning to familiar ground is ever-present in Versus and Horde mode. Neither mode takes many chances, but both are as enjoyable as ever, and the new wrinkles only make them more dynamic. Horde Mode 3.0 is a true test of teamwork against the environment. The combination of DeeBees and Swarm sharing the battlefield requires new types of strategies, something you can prepare for pre-battle through the new class system, which allows players to designate themselves as an engineer, scout, heavy, sniper, or soldier. The engineer, for instance, is the only class that can repair defensive fortifications. I like how the classes change up the teamwork dynamic, but don’t for a second worry that you have to play a certain way. You can purchase different weapons through the Fabricator mid-match to change up your approach. I also like that the base is mobile now, and can be set up wherever players feel they have the best shot of defeating the waves of enemies. Players can also equip new class skill cards (which don’t expire and are randomly unlocked through packs) to gain an edge or tweak their style of play even more. These cards are different for each class and range from bonuses like receiving 20 percent extra damage for headshots to lowering the cost to build barriers. The more you play as a class nets you bonuses like the ability to equip additional cards or level them up. Card packs can also deliver new characters, weapon skins, decals, and bounty bonuses (such as gaining additional XP for finishing a certain number of waves). Packs can be purchased with in-game currency (which accumulates slowly) or real cash.

I had a blast competing in Versus mode, especially in Arms Race, which switches up an entire team’s weapon after three kills are achieved collectively. This is one of those rare examples of an MP mode that forces players to use all of the guns, and it ends up being a wonderful and chaotic bloodbath. Another new mode, Dodgeball, has nothing to do with balls whatsoever; it is a heated match of back and forth where you have one life, but can be tagged back in if someone on the opposing team dies. Yes, it’s a bit confusing in concept, but is quite enjoyable, and ends up being one of the game’s faster match types.

Versus mode runs even smoother than the campaign (The Coalition says it set a target of 60 frames-per-second for all multiplayer modes), and offers a higher level of responsiveness. The maps offer plenty of cover, but also great sightlines for those damn snipers out there. These arenas all feel somewhat uniform, and none stood out as problematic in any way.

Even with a new studio leading the development charge, Gears of War 4 is a return to form for the series, and is a continual delight, even if it does unnecessarily cling for dear life to the past. 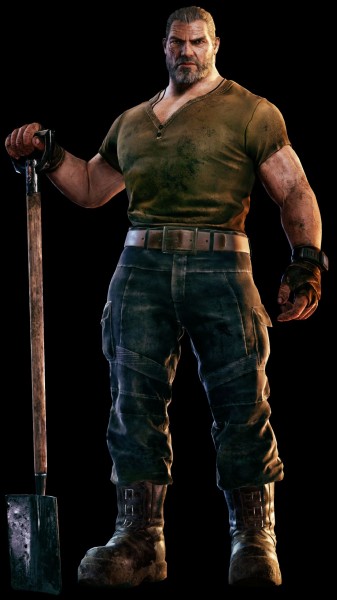 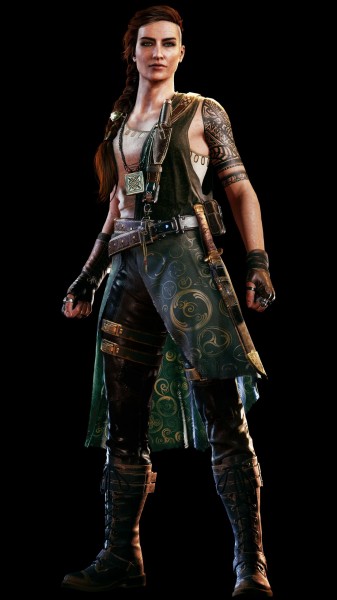 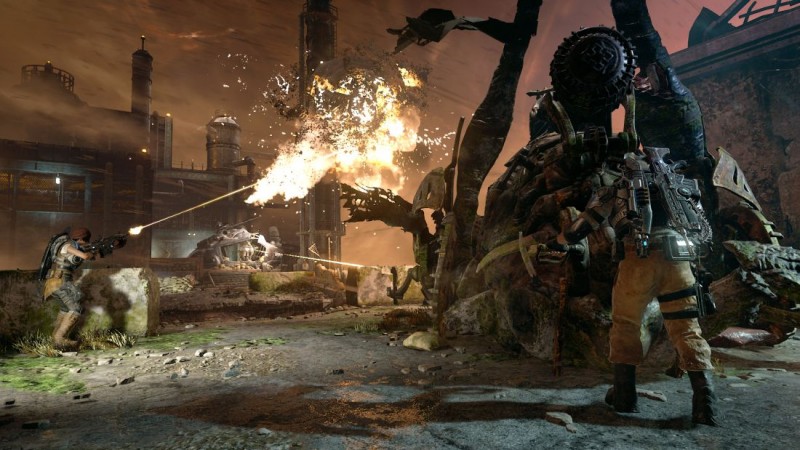 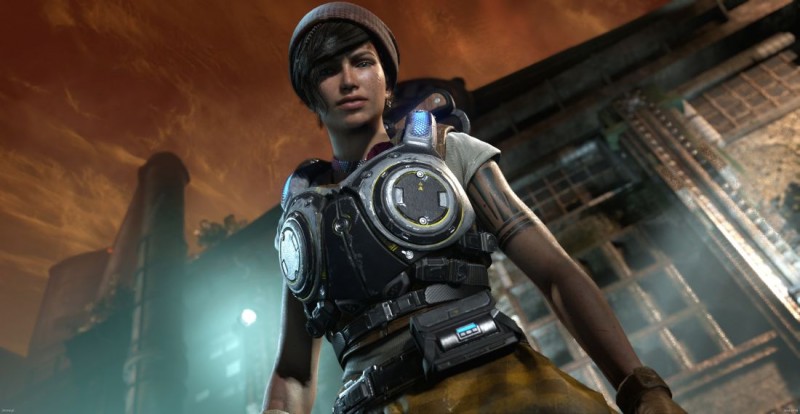 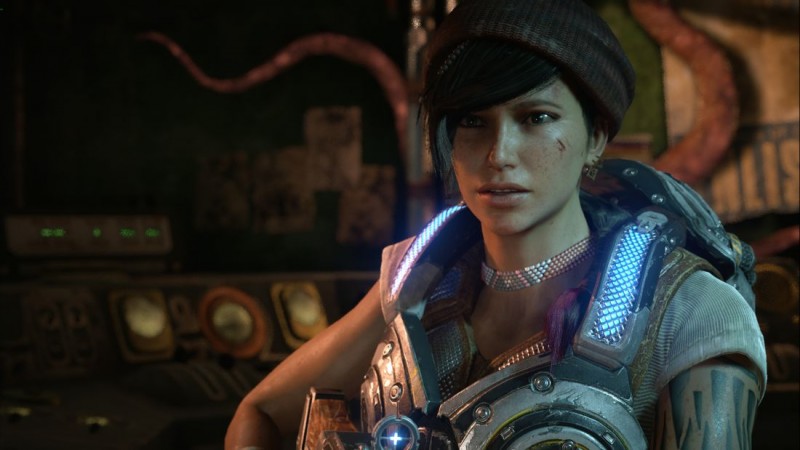 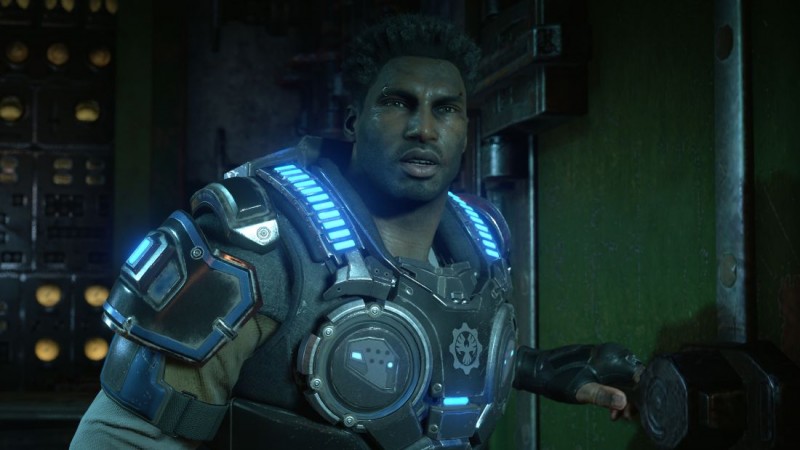 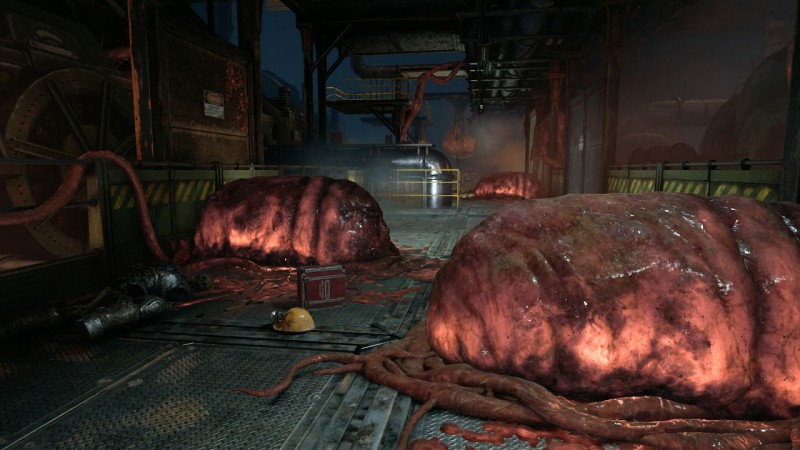 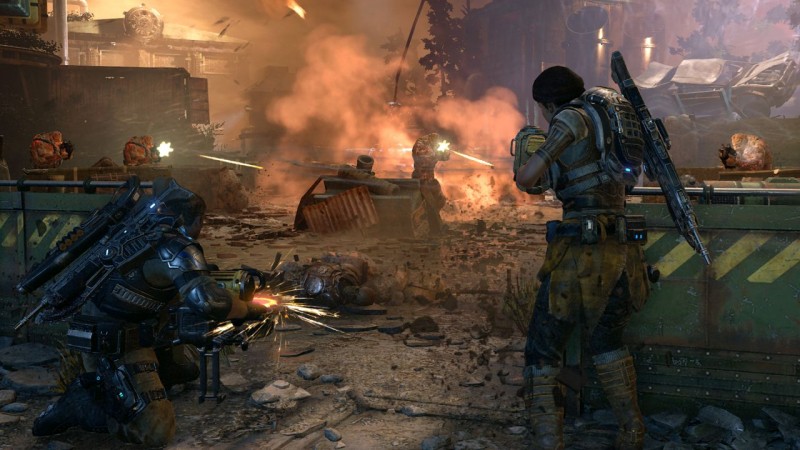 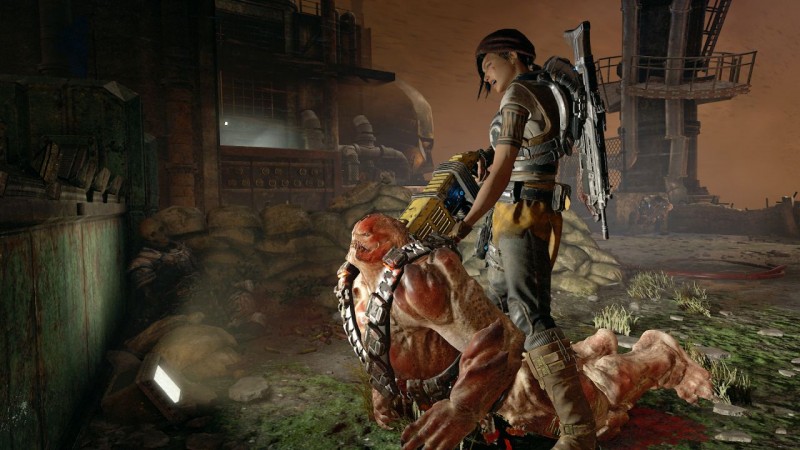 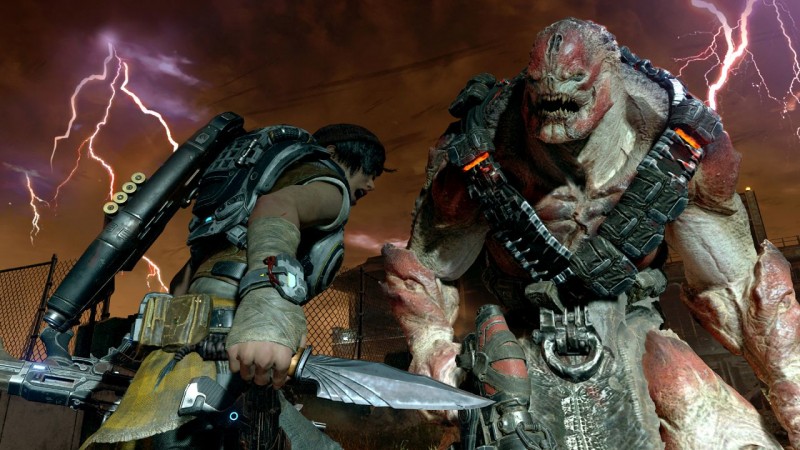 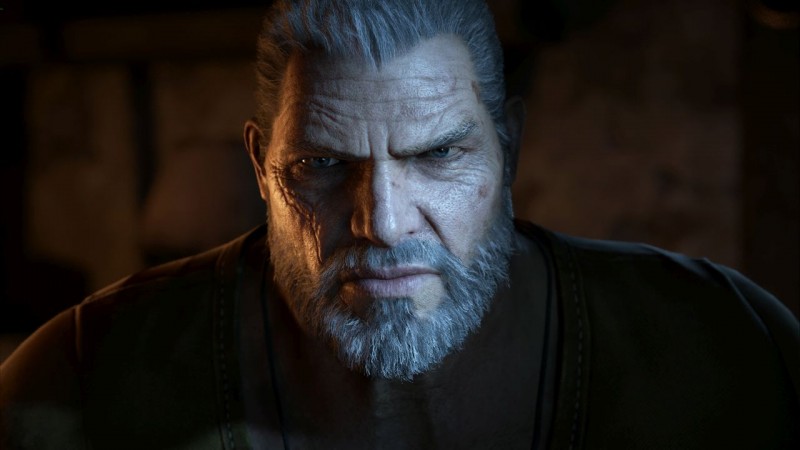 9.25
About Game Informer's review system
Concept
New developer. New heroes. New enemies. The same Gears of War
Graphics
Heightened weather effects and destruction produce a continual stream of awesome visuals to soak in. The new enemy types are also beautifully animated. The game even offers enhancements when viewed on a 4K TV
Sound
The “dude-bro” dialogue is subdued and replaced by legitimately humorous banter. The soundtrack is once again thumping, and the satisfying guitar chord is back to signify the conclusion of each combat encounter
Playability
Seek cover, pop up, and shoot. Gears of War’s combat hasn’t changed, but the toys you can play with pack more of a punch – which is needed, given how aggressive the enemies are
Entertainment
The campaign is too familiar at times, but the gameplay is top notch. All multiplayer modes showcase high levels of depth and reasons to come back
Replay
High