Many twin stick shooters put players in a box and send endless waves of enemies in their direction until they get hit and blow up. Gatling Gears is not one of those games. It contains a multi-chapter campaign filled with vast lands to transverse so you’re constantly pushing toward new frontiers rather than trying to beat some high score in the same repeated arena.

Throughout the course of the campaign, Max Brawley and optional co-op partner Zoe stomp their mechanical walkers through sunny forests, gloomy lightning storms, and treacherous snowy peaks in the name of stopping the evil Empire lead by his former army buddy.

Fans of last year’s turn-based strategy title Greed Corp will recognize the backdrop world of Mistbound, which carries over into Gatling Gears (developer W!Games merged with Karami to form Vanguard). The theme in both titles essentially is to save the environment from pillaging and exploitation. In fact, one of the survival maps literally tasks you with guarding a grove of trees from attack.

The primary means of attack is a Gatling gun, of course. This blasts a wide spray, yet only has limited range, forcing players to get in close to deal damage. Rockets can stretch across the entire screen, though an ammo recharge timer prevents players from spamming the powerful shots. Grenades round out offense, but you have to stop to aim so I didn’t use them often considering all the enemy fire coming my way.

Enemies include infantry, tanks, flying bombers, and turrets, many of which would be cute if they weren’t trying to kill you. Clusters of red missiles constantly fill the screen, and it takes some finesse to tiptoe through the clear path. Bosses at the end of each chapter all provide a challenge and feature multiple imposing forms.

That’s not to say Gatling Gears is difficult. I got through the entire game on medium without having to continue until the last stages in the final chapter, which gets wild. Fortunately, players can bump the difficulty up or down at any time to suit their tastes. Vanguard does an excellent job of keeping you in the experience. With no loading between in-chapter levels, players are seamlessly ushered to the next area. Even the loads between chapters only last a few seconds. The battles flow so smoothly that before you know it you’ve played three levels past where you planned to stop.

Gold bars hidden in plain sight can be traded for enhancements to your weapons and armor. Players also earn experience at the end of a stage based on their total scores, which can be spent on new character skins and pets. The best way to get a huge combo and massive high score? Don’t get hit. Your score multiplier increases as you collect gears left behind by fallen enemies and decreases whenever you’re damaged. I enjoyed earning the new skins for my mech, but the unlocked visual effects are hardly noticeable, and the animal pets that follow you around don’t help out at all. I found them to be more of a hindrance because they look just like homing missiles when things get hairy, which is often.

As much as I enjoyed the presentation and mechanics, my enthusiasm slowed for Gatling Gears during the last couple of chapters. It runs out of new enemies, and the later foes behave similarly to the old ones. Even though the backgrounds are always changing in interesting ways, the core gameplay gets tired. The campaign takes around five to six hours, and by then I was more than ready for the finale. Part of that could be contributed to the fact that I ran out of upgrades to invest in with most of the final chapter left.

That said, I had a lot of fun with the first 75 percent of the game and the last bit is only a dip in enjoyment rather than a complete drop off. I’m looking forward to seeing what Vanguard comes up with next, within or outside of the Mistbound world. 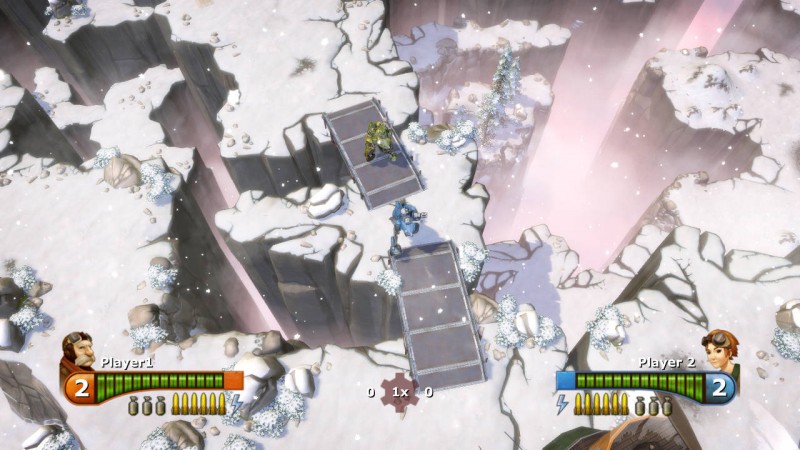 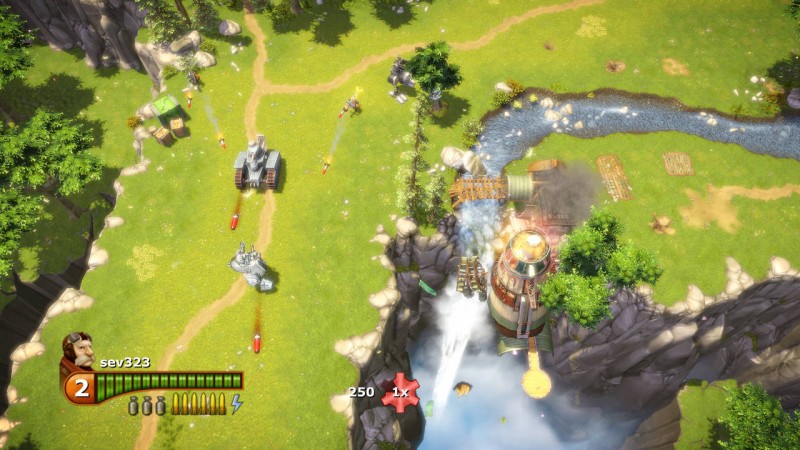 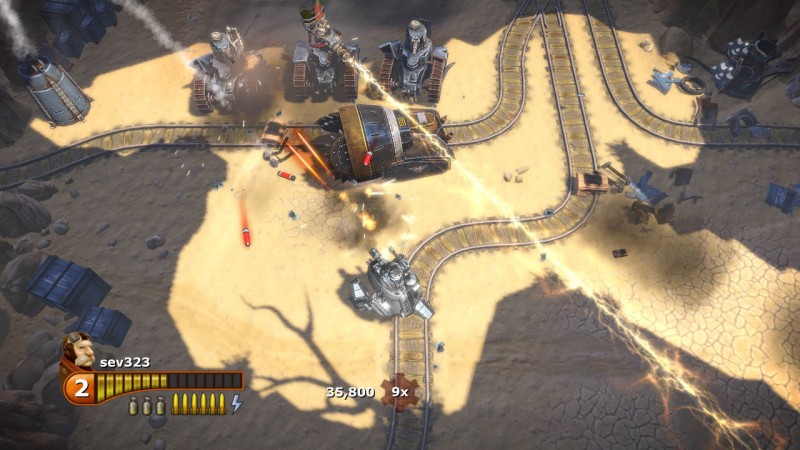 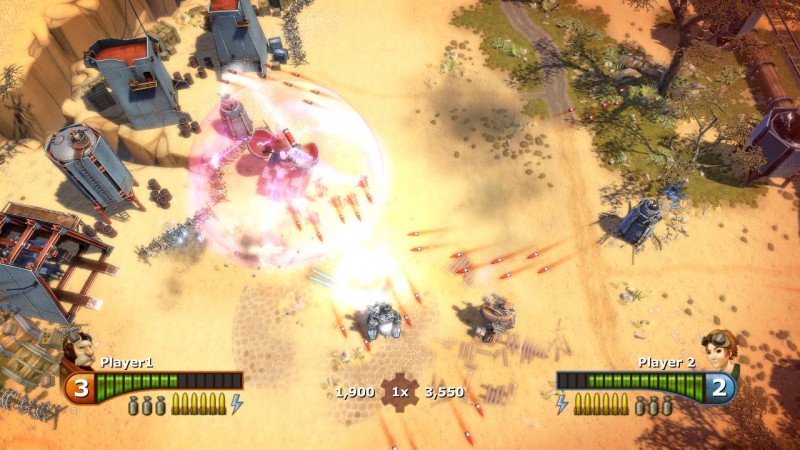 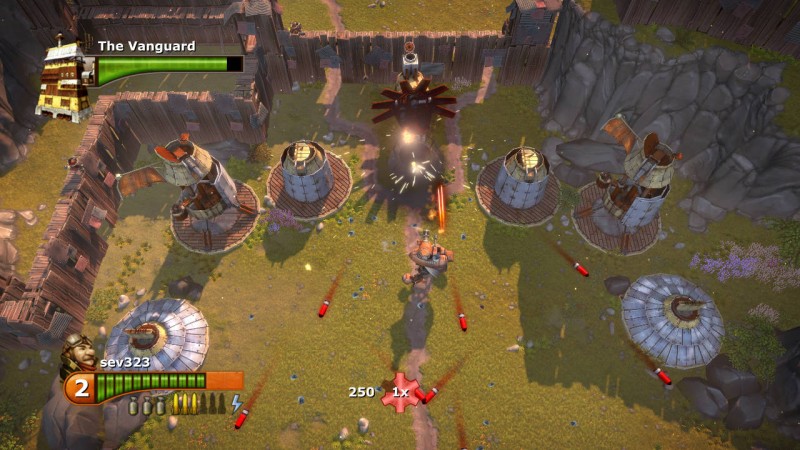 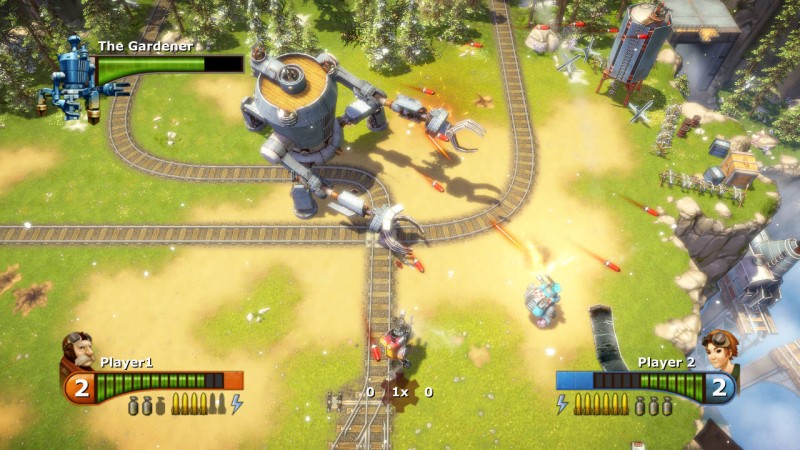 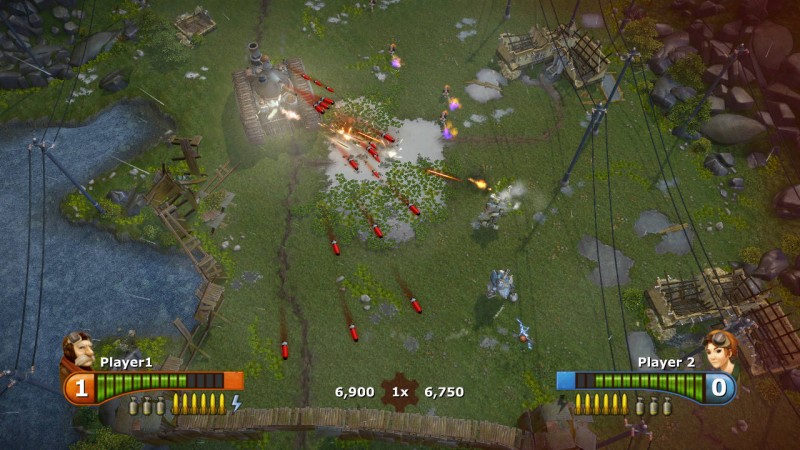 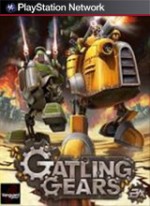 Many twin stick shooters put players in a box and send endless waves of enemies in their direction until they get hit and blow up. Gatling Gears is not one of those games.

Purchase More Info
8
i
Game Informer's Review System
Concept A twin-stick shooter in the vein of classics like Ikari Warriors
Graphics Looks more like a fancy real-time strategy game, with an inviting steampunk cartoon style reminiscent of Advance Wars
Sound The main theme sounds like John Williams’ Superman theme
Playability Controls are tight and specials are simple to pick up
Entertainment One of the more accessible shooters in a genre choked with hardcore challenge
Replay Moderate