Friday the 13th: The Game Review

A Killer Formula That Suffers Massive Casualties
by Jeff Marchiafava on Jun 02, 2017 at 03:21 PM Few games are harder to design and implement than those focused on competitive multiplayer. Developers must contend with all of the normal trials and tribulations, but they also have a host of multiplayer-specific headaches to worry about, including online infrastructures, gameplay balancing, thwarting would-be cheaters, and managing player retention. From a player's perspective, Friday the 13th succeeds at its first and most important goal: creating a fun and unique multiplayer experience that does justice to the storied film series and its infamous villain. However, the terrifying list of problems that accompanies the action kills much of the excitement and threatens the game's long-term outlook.

Friday The 13th's story is as threadbare as the films it's based on. Each one-versus-seven multiplayer match starts with a clip of the same unlucky chump getting stabbed in the back by Jason, causing the rest of the counselors to scatter. You control one of those counselors in most matches; after spawning in at a random spot on the map, you're on your own to either find a way to escape or wait out the match's lengthy 20-minute limit as another player rampages as Jason. On rare occasions, you don the iconic hockey mask (or canvas sack, depending on the version of Jason you select), and set out to kill everyone else in the most brutal ways possible.

Counselors can escape by car, boat, or calling the police, but each method is a multi-step process that requires finding randomly placed components (like keys and gasoline) in the open-world campgrounds. Scouring the various cabins also unearths a variety of weapons and items, but if you're thinking of gearing up and going head-to-head with Jason, think again. Aside from one convoluted method entailing a series of hidden objectives, Jason is invincible – the best you can hope for is to knock him down just long enough to make a hasty retreat to a nearby building. A competitive multiplayer game built around an invincible player may sound like a recipe for disaster, but the formula works thanks to some smartly designed abilities. Just like the films, Jason walks at a sluggish pace, but he can warp around the map and use his sense ability to track and surprise his victims. When you locate counselors, you can kill them with a few swings of your weapon (again dependent on your selected incarnation of Jason), or grab them to perform signature executions or environmental kills that harken back to the films, such as punching a counselor's head clean off. At the same time, counselors have a decent chance at evading the lumbering menace thanks to higher sprint speeds and the ability to hide, as well as jump through cabin windows, forcing Jason to hunt for the nearest door and break it down. Close calls are frequent and consistently engaging, regardless of whether you're the predator or the prey.

These grim showdowns of Friday the 13th shine brightest, and every now and then they perfectly mirror the staple scenarios of the horror-film genre – whether you're screaming at your friend to start the car while Jason creeps closer, or cowering under a bed watching Jason's boots clomp by as he stalks from room to room. Playing with friends make the experience even more magical, as you coordinate your search for key items and devise escape plans, or simply capitalize on their deaths by slinking off while Jason is busy dispatching them. Illfonic's love of the film franchise permeates the experience, and only makes the surprise upsets and gory kills more memorable. Unfortunately, these amazing moments come at a heavy cost. Friday the 13th is plagued by a host of technical problems, from texture pop-in and clipping issues to clunky controls and random disconnects. By far the biggest stumbling block right now is the lack of dedicated servers on consoles. Instead, after the minutes-long matchmaking process, a player from the group is randomly chosen to host the match, and if they quit, there is no host migration – instead everyone is kicked out to the main screen. There are fewer massive buzzkills than finally getting your chance to play as Jason, only to have your killing spree cut short by a sore loser.

That said, I have a hard time blaming the quitters. The 20-minute time limit feels excruciatingly long if you die or escape early in a match. One lucky player may get to rejoin the action as a shotgun-toting Tommy Jarvis if the other players can locate the radio and call for backup, but everyone else is stuck spectating, and the game holds your biggest XP gains hostage to keep you from quitting. Spectating can be fun when you're cheering on friends or watching tense encounters, but not when a single counselor insists on running down the clock in a random closet somewhere. That's a viable strategy, since counselors win if time runs out. Sometimes massive glitches can doom a match to the max limit, like counselors mysteriously being rendered invincible or hovering above the battleground far out of Jason's reach. Even the most thrilling victory is undermined by 10 minutes of mandatory downtime as you wait to reap your rewards. Even if patches can smooth out Friday the 13th's technical and pacing issues, the game needs more content to keep players coming back for the long haul. Character progression is relegated to acquiring randomly generated perks, but many are virtually useless, like a three-percent speed increase for driving the game's cars (which control like crap), or the ability to barricade doors quicker, even though the act only takes a second anyway. Unlocking custom kills for Jason is more enticing, but aside from some varying stats, all incarnations use the same powers. After some minor experimenting, I felt little desire to try out the different Jasons or councilors I had unlocked. Friday the 13th also only features three maps, all of which are similar-looking camps and feature the same methods of escape. More location and objective variety would go a long way toward keeping players engaged – even Jason branched out beyond Crystal Lake in the subsequent films.

At its best, Friday the 13th is a compelling multiplayer experience that captures the excitement and terror of going against one of the most notorious movie monsters and (hopefully) living to tell about it. At its worst, the game is a frustrating trial of patience, whether you're waiting out the clock or dealing with numerous technical issues. The fact that I want to keep playing is a testament to the strength of its core gameplay, but not an excuse. Friday the 13th desperately needs fixes to its visuals, controls, and server problems, and if it wants to survive in the multiplayer space for very long, it needs more content. I hope IllFonic can deliver; as with the movies, I'm rooting for Jason.

This review pertains to the PlayStation 4 version of the game. Friday the 13th is also available on Xbox One and PC. 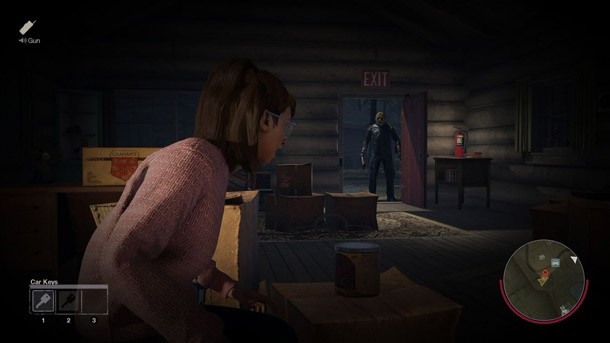 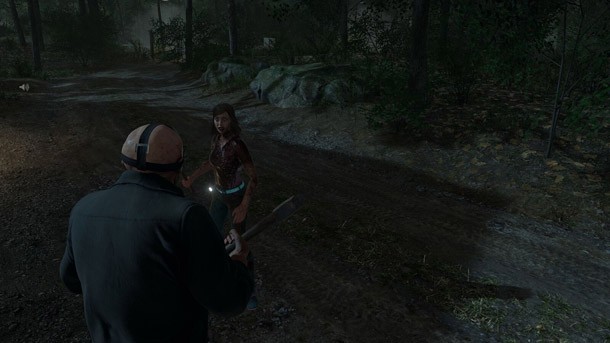 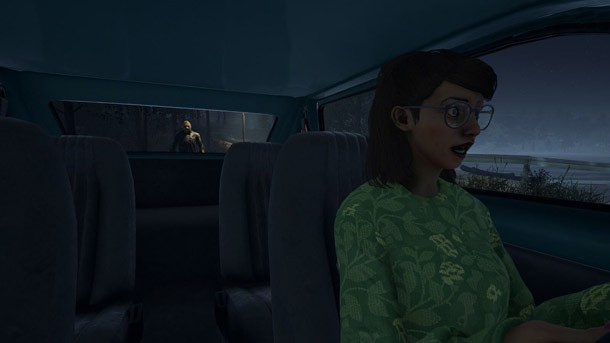 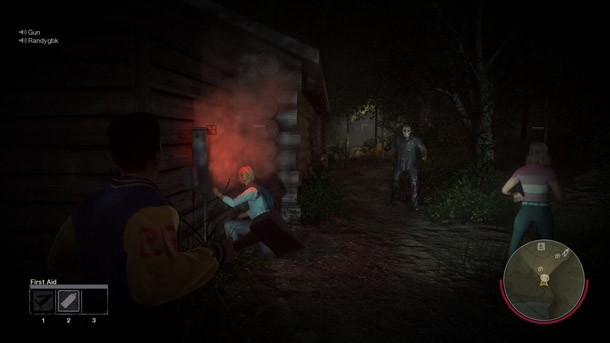 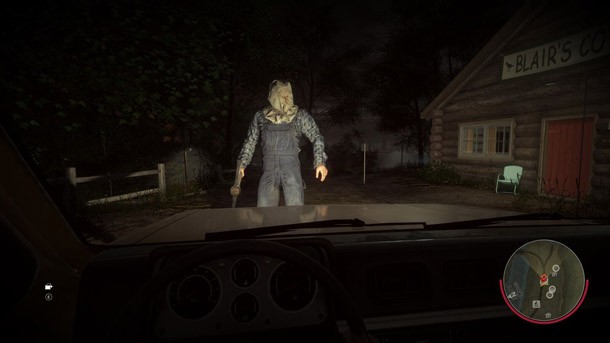 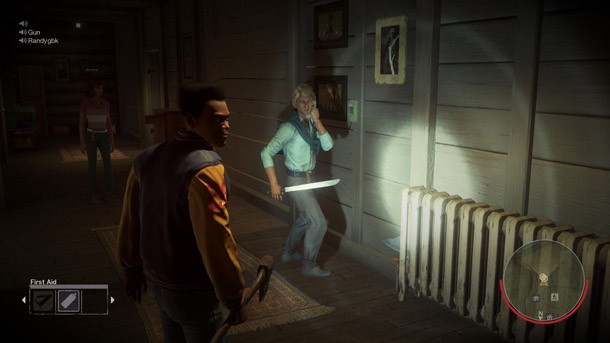 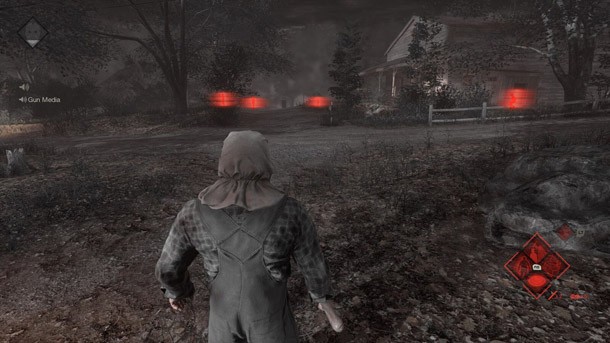 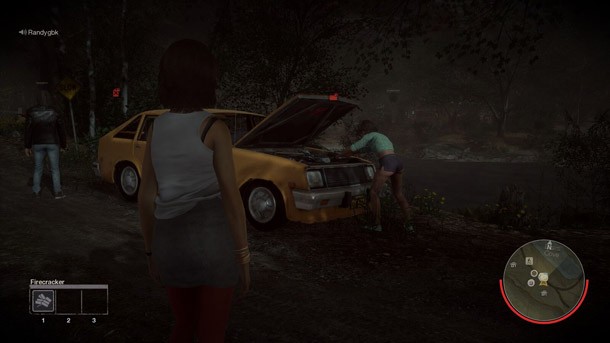 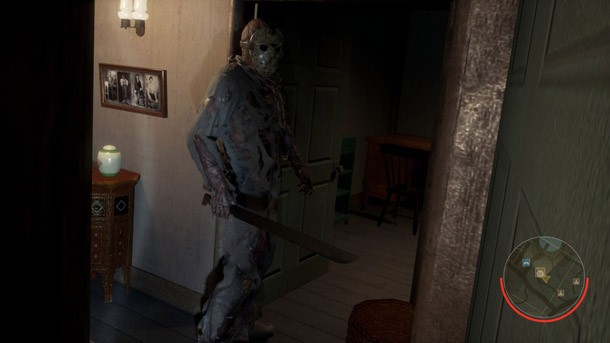 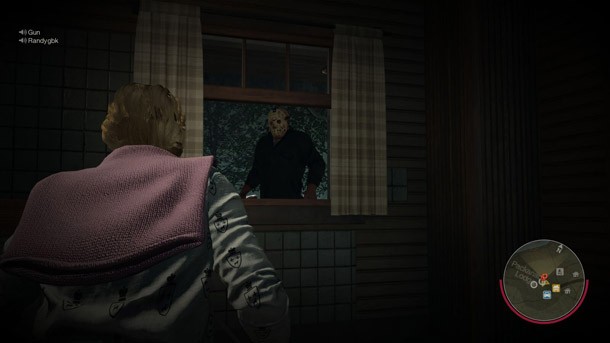 6
About Game Informer's review system
Concept
Slash, stab, and strangle your way through a camp full of doomed teenage counselors – or escape Jason Voorhees' lethal grasp as one of his intended victims
Graphics
Jason is as frightful and imposing as he should be. The exaggerated facial expressions of the counselors and myriad graphical glitches are a different kind of horrific
Sound
The background music builds tension, but it can also distract from the iconic audio cues meant to alert you when Jason is approaching
Playability
Virtually all aspects of the controls and interactions are clumsy, but not enough to ruin the experience
Entertainment
The cat-and-mouse gameplay is exciting and captures classic horror-movie moments – when the game actually works, which isn't often enough
Replay
Moderately High