In the rhythm genre, how developers interact with the soundtrack can vary almost as much as the music itself. Floor Kids enables players to improvise dance moves alongside catchy DJ tracks to connect with the songs in unique ways. Players chart their own approaches to each song, performing routines on the fly like real breakdancers. Unfortunately, with each song consisting of the same basic formula, the experience becomes rote long before you reach the final venue - hardly the experience you want from a game about this exciting form of artistic expression.

Dancing through a song is as simple as tapping a face button to the beat of the track. Each button performs a different move depending your dancer's stance, while holding and rotating the joystick triggers freezes and spins respectively. The intuitive controls let you easily put together a combo of standing moves, perform a flip, then seamlessly hit the ground for some bottom-rock moves before doing a power spin and ending on a freeze pose. Chaining together combos is immediately enjoyable as your character fluidly transitions from one move into the next, and the improvisation aspect gives an experience unlike most traditional rhythm games.

You're graded on how on-rhythm your taps are, the originality of your moves, the fluidity of your combos, and more. This scoring system encourages you to chain together long combos of unique moves, but you eventually learn how to game the score system and develop a blueprint to get a high score. This means the improvisation that should feel fluid is mechanical as you work to get the score boosts for spins, freezes, and new moves. Though I can still hear many of the songs in my head after I turn my system off, the gameplay behind those songs all blend together, as the two-minute jams all consist of the same gameplay.

The sole respite from the repetition are the breakdowns where you tap buttons on certain notes for a couple measures, followed by a couple measures of frantically tapping as fast as you can. These sections, which occur two times per song at the same point in each song, serve as nice breaks in the repetitive action. The sections add some variety to individual songs, but by appearing in the same spots, they only make the gameplay of the 24 tracks feel even more formulaic.

Floor Kids' track list is strong, with bass-heavy, original beats from renowned DJ and producer Koala Kid. The delight I have in listening to the tracks is only elevated once the crowd starts chanting "Go! Go! Go!" to the beat, making the performance and setting feel more alive. Unfortunately, the illusion of the live performance crumbles when the experience of the song is filtered through repetitive mechanics.

In addition to the single-player story mode, Floor Kids includes local multiplayer where two dancers take turns in the circle. The scoring is the same as single-player, but a battle mechanic is introduced with the sidelined player tapping along to the beat to build up a meter and unleash a fireball that can knock the dancing player over and disrupt their combo. The dancing player can defend by tapping the shoulder buttons at the right time, adding another gameplay element. I like the inclusion of multiplayer, and the unpredictability of the other player's interference somewhat helps with the monotony of single-player dances. However, underneath the new move, it's still the same unvaried gameplay.

Despite repetitive gameplay, Floor Kids presents a distinct approach to the rhythm genre and allows you to enjoy the music in unique ways. I had a good time in small chunks, but the gameplay of every track just blends together during extended gameplay. 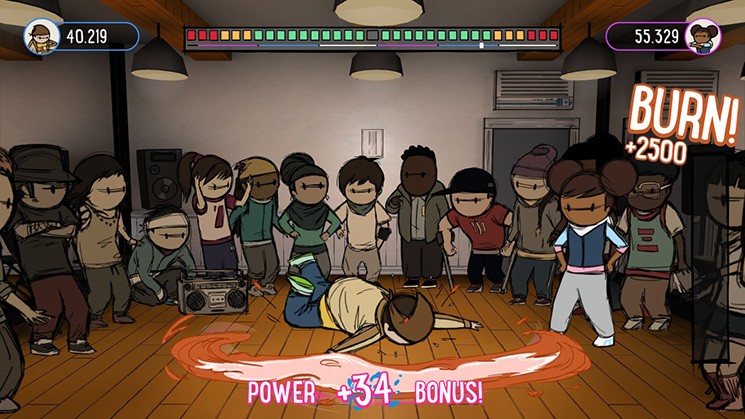 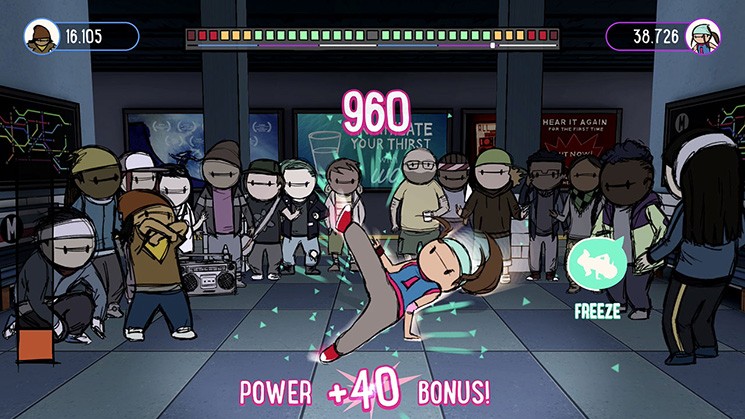 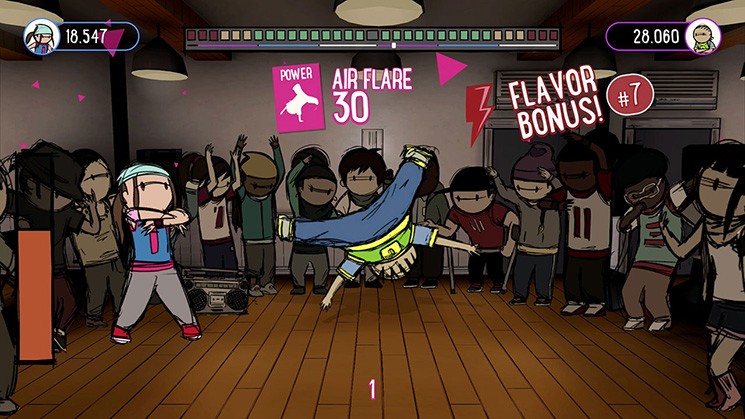 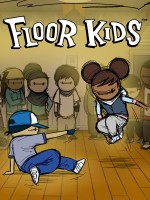 Floor Kids is a unique and enjoyable rhythm game that suffers from too much repetition in its gameplay.

Purchase More Info
6
i
Game Informer's Review System
Concept Breakdance your way to glory across town, building your crew of breakers as you go
Graphics Hand-drawn characters and environments add to the grassroots feeling of your breakdance crew
Sound Original beats provided by DJ and producer Kid Koala deliver an awesome soundtrack
Playability With simple controls, it just took a couple songs before I was busting moves like a pro
Entertainment Simplistic controls and formulaic song layouts lead to repetitive gameplay, but Floor Kids still delivers unique fun in the rhythm/music space
Replay Moderate